It’s time to drive an equal workforce and prioritise female entrepreneurs like never before — and where better than on Necker Island with Richard Branson. 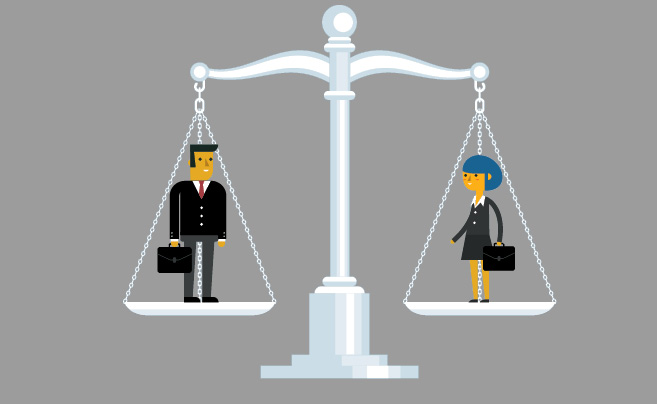 In May this year, I was fortunate to be one of 28 entrepreneurs from around the world invited to spend a week on Richard Branson’s private retreat, Necker Island, otherwise known as the ‘entrepreneur’s paradise’.

My experience at Necker reminded me that there are people of both sexes who want to create change and drive gender equality in the workforce. Branson himself is a strong advocate for bridging the divide in business, innovation and education around the world, through charity projects such as Virgin Unite.

As a serial entrepreneur, philanthropist and champion for female entrepreneurs, Branson has long been a hero of mine. On International Women’s Day this year, he wrote, “Removing barriers like discrimination and divisions is a necessity for business success.”

Interestingly, though, the delegation I attended was male-dominated, with only 11 out of the 28 being women. To me, this is indicative of the ever-prevalent gap in business between women leaders, entrepreneurs and innovators and their male counterparts. This is a global issue that impacts everyone — including men.

After 8 years of running my own business, Manning & Co, and then founding its sister company, Gemstar Technology, I’ve seen more and more female entrepreneurs and innovators shake up the business world — even in traditionally male-dominated fields like STEM. However, there are not enough of these women.

I’ve been lucky enough to grow up in Sydney, with a middle-class and educated background. However, I’ve still experienced the gender divide in business firsthand. I launched Manning & Co in 2008, shortly after my first child was born. At the time, I found that, as a mother, a flexible management role in the corporate sector was virtually impossible to find. Sadly, the lack of roles — especially in executive positions — has only increased.

After a week of brainstorming with fellow entrepreneurs and Branson himself on Necker, I’m more determined than ever to bridge the gender divide in business.

5 learnings from Necker about female entrepreneurs

1. Surround yourself with positive people

Every woman deserves to feel valued and supported. When you dare to be different, there is no point being around negative people who bring you down. To quote Branson, “When they say you can’t, they show their limits, not yours.” By surrounding yourself with positive people, you can stay ahead of the game, supported by an energetic network.

Women don’t tend to network enough — there’s a lack of female speakers at business forums and networking events. We need to be seen and heard. Develop your own profile by meeting and greeting people with confidence. Networking is a great way to promote your profile and skills. The possibilities are endless.

Don’t be afraid to speak out about your achievements. Be bold and daring. As a woman leader in business, you are strong and capable — don’t let anyone tell you otherwise. Your opinions and achievements are hugely valuable to the business world. We need more women like you, so speak out. Never be afraid to voice your opinions, because they matter.

Don’t try to be someone you’re not. For diversity in business to truly take place and for great ideas to become reality, we need difference in views and thinking. So be authentic and true to yourself, not only as an individual, but as a woman. The road to success can only be paved if you are true to yourself, your dreams and passions.

During my career, I have been derailed, with people convincing me to move away from my core ideas. And I listened to them, believing that my male superiors would know better. However, I’ve learnt to trust my instincts. Since doing this, I’ve made leaps and bounds with my second business and have a third non-profit business, Light Years, in the works. Trusting yourself is crucial to carving an authentic and cutting-edge business profile.

An entrepreneur and strategic marketing professional, Gemma Manning is the Founder and Managing Director of corporate marketing consultancy Manning and Co