Section 135: how is India’s mandatory CSR spending working out?

India’s grand experiment in mandatory CSR has been running for more than five years now. How well has it actually worked? 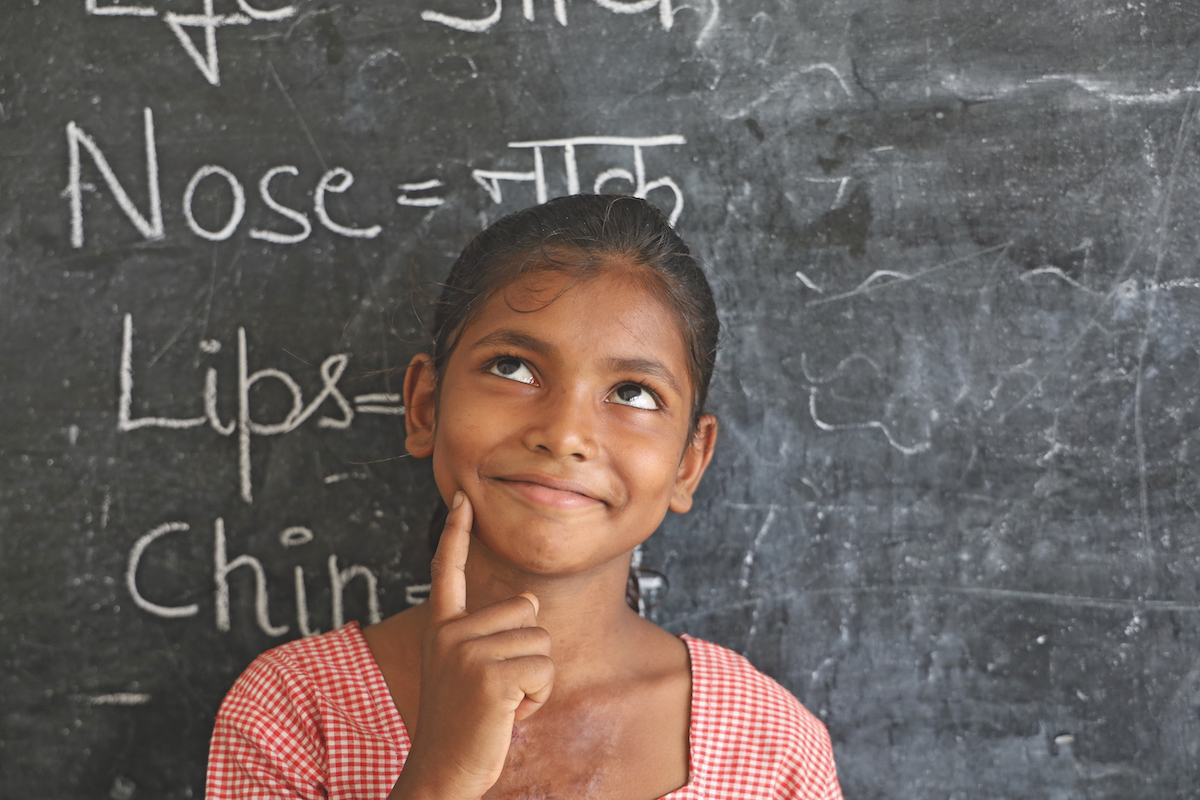 Six years ago, India’s government introduced Section 135 of the Indian Companies Act. In a world first, the law mandated that all businesses of a certain size – those with net profits exceeding INR5 crore (US$700,000), sales of INR1,000 crore (US$140 million) or more, or net worth exceeding INR500 crore (US$70 million) – would be required to spend 2% of pre-tax profits on corporate social responsibility initiatives.

Similar policies around ethical corporate behaviour have emerged globally. California in the US and the UK have both implemented laws requiring businesses to report on actions they’ve taken to excise slavery, trafficking and child labour from their supply chains.

Heartening though these stories are, wider analysis of India’s CSR spending reveals implementation of the law hasn’t been without difficulties. Last year saw the introduction of enforcement laws, no doubt to combat the half of all companies that didn’t report their CSR activities, a proportion that has remained consistent since 2016. The remaining half collectively contributes just over half of what 2% should amount to.

In July of 2018, 272 companies were served notices for various kinds of non-compliance. However, this is down from the more than 1,000 notices that were served between July 2016 and March 2017 to companies like Adani Infrastructure and Developers, and Vodafone India Services.

Despite this, there is a belief that the law is still fundamentally well-intentioned, and not only has the capacity to effect positive change, but has already transformed charitable corporate contributions. Certainly, overall spending has increased from INR5,115 crore (US$713 million) in 2014–15 to INR7,536 crore (US$1 billion) in 2017–18 according to ‘India’s CSR Reporting Survey 2018’. Dr Ameeta Jain, Senior Lecturer at Deakin Business School in Australia, says it’s transformed corporate culture. “Historically, CSR in India was based on voluntary philanthropic intent,” she says. “It was informal donations, intermittent charity. It didn’t have any structure to it. So much of it was cheque-writing, and the spending was small. The new law forces companies to have a dedicated CSR committee and move towards a described spend.”

Dr Jain suggests the advantages of Section 135 are as much about improving understanding and awareness of business’s obligations to society as they are about increasing actual spending. Prior to the policy’s introduction, Dr Jain believes few companies or employees were aware of CSR. But she says there’s now an understanding that corporations owe something to people outside of stakeholders.

But imperfections remain in the system years after its introduction. As well as the high level of non-compliance, there’s a concern that funds are dispersed unevenly, disproportionately focused on certain regions or causes (with many companies donating to government-funded causes).

Dr Jain suggests companies donate more to projects like the Statue of Unity or the Prime Minister’s National Relief Fund largely because it’s the easiest thing to do; government-affiliated projects are more visible, and education and conversation around other avenues for CSR are lacking.

On the other hand, some critics say that the bias towards such causes reflects politically motivated donations – attempts to earn the goodwill of the ruling Bharatiya Janata Party. The Statue of Unity, for example, failed to meet the Auditor-General’s standards for an approved cultural heritage project, even while five oil and gas PSUs donated US$21 million of the US$430 million total. It’s worth noting the government discourages this; the Ministry of Corporate Affairs said, “The CSR fund of companies should not be used as a source of funding government schemes.”

Reflecting Dr Jain’s suggestion that CSR goes to such projects just because it’s easy, similar criticisms state that making CSR spending mandatory has led to a “tick-box mentality”. Such a blasé, uncritical attitude may have precipitated uneven geographic and socio-economic allocation of funds; 60% of CSR spending has gone to regions representing only 15% of India’s disadvantaged areas.

Dr Jain believes that companies fundamentally want to contribute to CSR initiatives across India; the reason for uneven spending and non-compliance, she says, is simply a lack of awareness. Companies don’t necessarily understand the needs of communities and thus don’t know how they can help. The solution, says Dr Jain, is to establish a dialogue with the government.

“These companies need to be speaking to the government, explaining that they need help training their employees and liaising with NGOs to run various projects, whether it’s cleaning local areas, establishing schools or providing training to teachers,” she explains.

“Essentially, they need to see what is needed in their local area. The best thing is for companies to be doing something for that area. If they are in an area like Delhi NCR, there’ll be lots of NGOs. They can liaise with an NGO and work towards supporting a more underprivileged area.”

Unfortunately, that conversation is yet to take place. “It seems that the dialogue is missing. That’s what the companies want. They’re not able to convey to the government where they need help in CSR. Everybody likes the intent of the laws, but some companies would rather just pay the money to the government because of the difficulties involved in doing CSR. But the government says, ‘It’s not a tax – we don’t want your money, we want your capacity.’ There’s an expectation gap there.”

Dr Jain characterises the transfer of CSR funds to government projects as unhelpful, comparing it to an additional tax. She believes companies need support in shifting their funds in the right direction, and advises that the government give businesses more time and assistance in understanding what they need to do. The initial five years, Dr Jain says, has given companies plenty of time, but the corporate consensus has been that more hand-holding would be helpful. 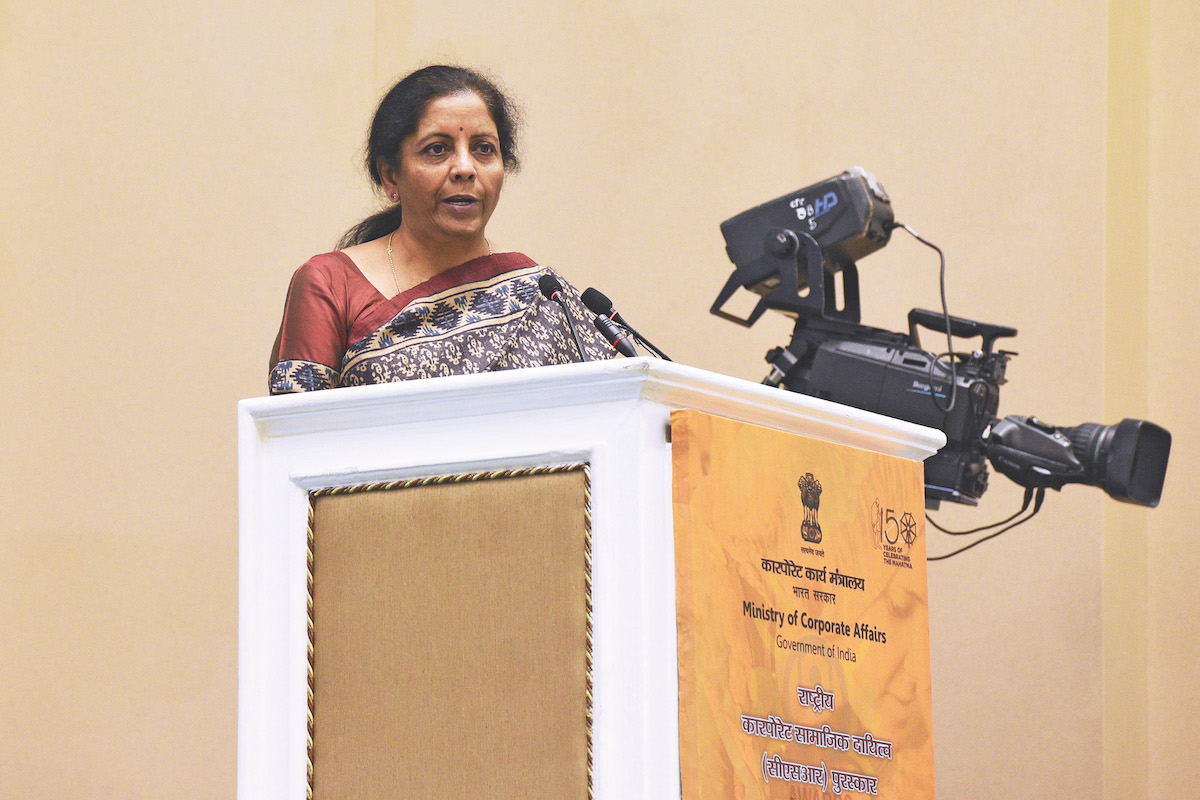 Minister of Finance and Corporate Affairs Nirmala Sitharaman has called on companies to do more for India's poorer regions.

Even if the CSR law hasn’t yet achieved its target, it’s still had a positive impact. Between 2014 and 2018, CSR spending in India grew 47%, but gaps in the system continue to be a cause for concern. The Minister of Corporate Affairs, Nirmala Sitharaman, publicly called for India’s industry to spread its reach to poorer states, as well as to the nationwide issue of water security. For Dr Jain, this is the issue at the heart of Section 135 – making sure CSR spend goes to the right place.

“In the last four, five years, companies have started complying. I’ve done some study on Indian banks – their spend has gone up, and the spend will go up for most companies that come under the ambit of the law. However, the important thing is who is getting it? Where is that spend going? That’s the question that needs to be investigated. We need to see ‘meaningful CSR’, as I like to call it. It should be meaningful and impactful. The people who need it should be getting it.”