Connoisseurs of the amber nectar are delighted that the iconic Tasmanian brand has released two rare single malts. 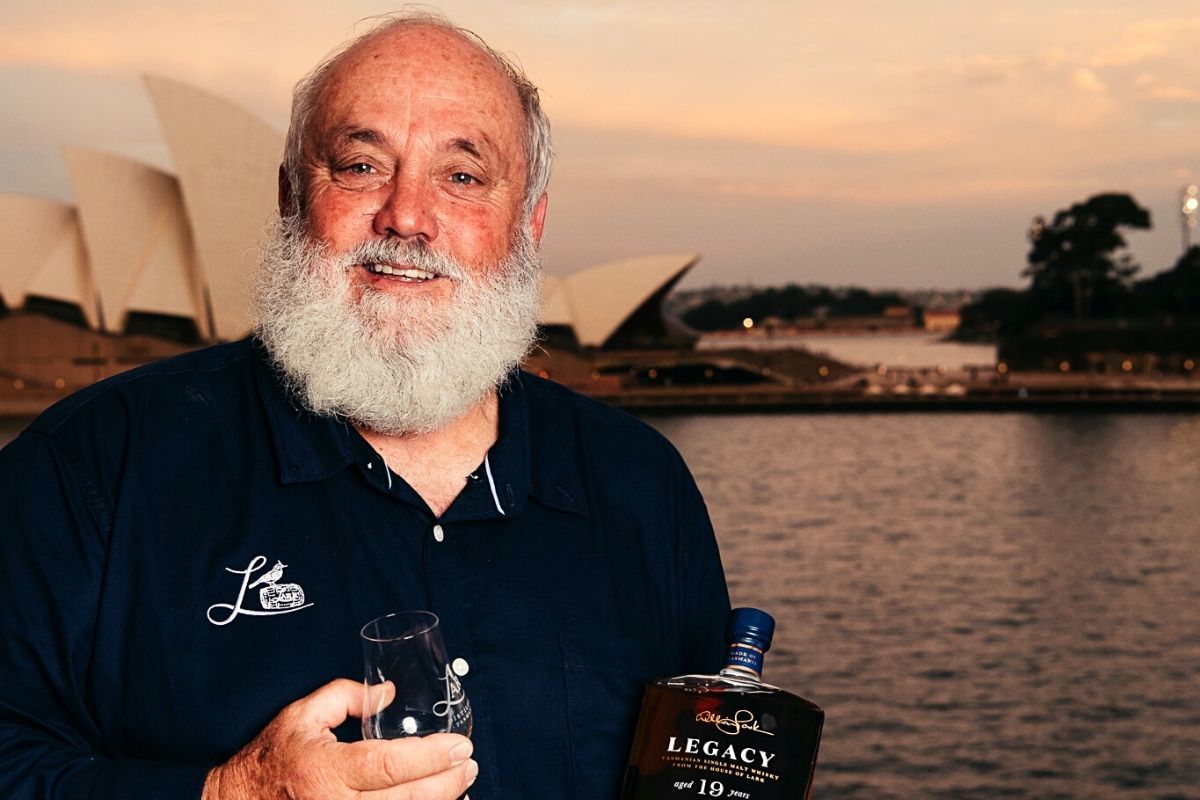 While the 30th anniversary of Lark Distillery is still a year away, founder Bill Lark is celebrating early. Lark is releasing Legacy: two of the rarest and oldest single malts ever to come out of Bill’s decades of experience pioneering the spirit in Australia, crafted during his tenure as Head Distiller at a renowned neighbouring Tasmanian distillery.

Legacy Cask One (HHF582B) is a marriage made in heaven; an exciting example of the artistry illustrated at every stage of the whisky-making process. Legacy Cask Two (HHF585A) is a single cask expression; a celebration of not just pure Tasmanian ingredients and makers, but of the importance of cask selection and the magic oak can produce.

For nearly two decades these precious spirits were nurtured, soaking up complexity and history under the careful watch of Bill before finding their permanent homes in the Lark bond store.

Chris Thomson, Lark’s Head of Spirit Production, has been tending to the casks for the last seven years, readying them to be bottled and enjoyed. “The longer ageing process allows new flavours to form, creating an experience you’ll find in very few Tasmanian whiskies,” he says. 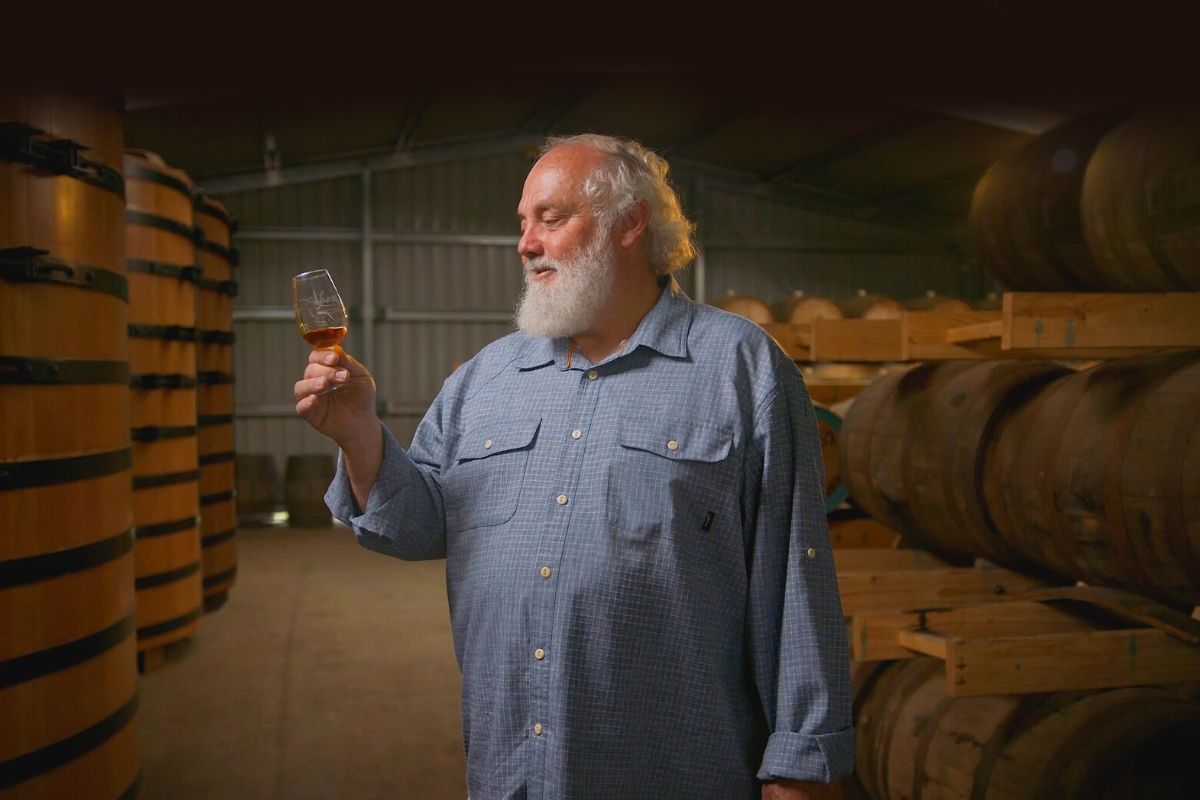 The brand’s story all began more than 30 years ago when over a dram of Scottish whisky and with a pair of flyfishing rods at a Tasmanian lake, Bill posed the question to his father-in-law, “Why is no one making whisky in Tasmania?”

Bill soon found out one of the reasons was Australia’s restrictive laws dating back 150 years, which made it impossible for small-batch alcohol to be distilled. Refusing to be deterred, Bill worked with his local MP to reverse the archaic rules and amend the legislation, so he could experiment with small stills. “Luckily, he was a chap that enjoyed an odd dram of whisky,” Lark jokes.

Once given the go ahead, Bill and his wife Lyn, started distilling Tasmanian bush liqueur, made from the native pepper berry, in their home in Kingston. Today, Lark is a publicly-traded company perched on five-acres of Tasmanian soil with close to 50 employees. Their gross revenue is up +95 per cent year on year to $7.5m, and for the first time, they’re hitting an EBIT profit of +$1.3 million turnaround year on year to $611k. 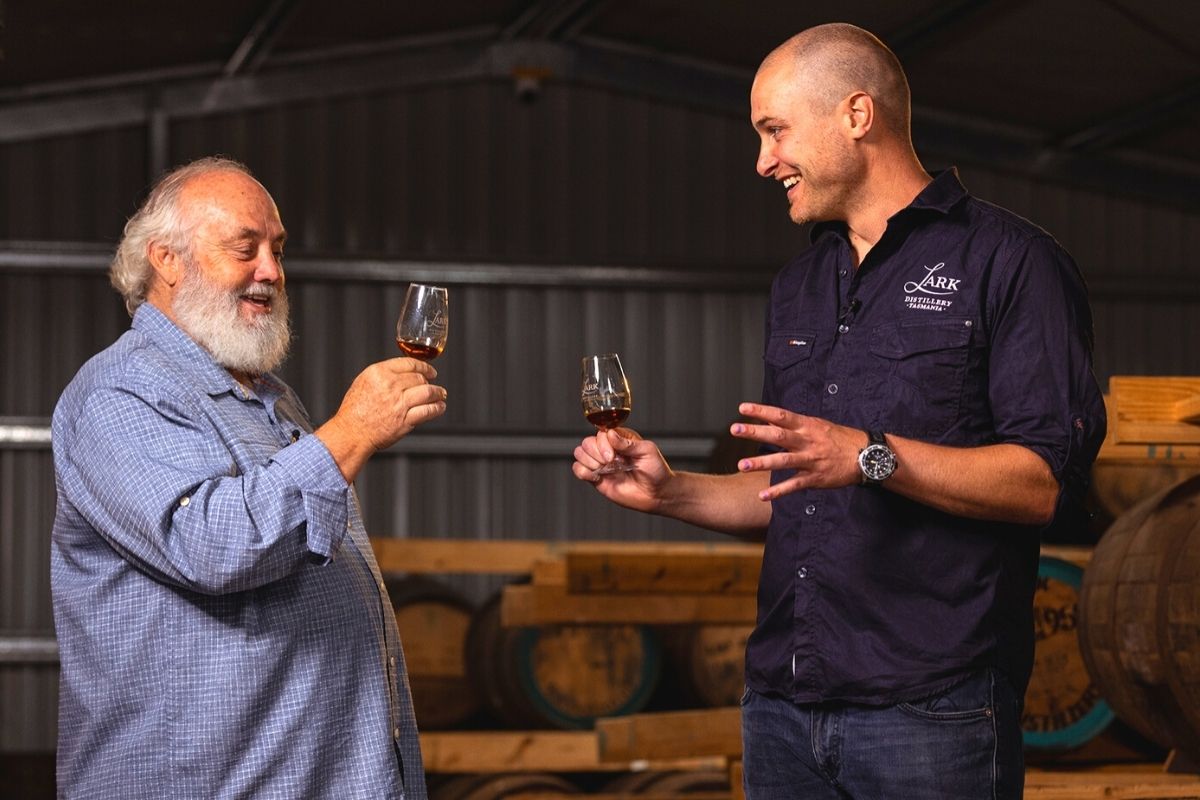 Over the years, they’ve stayed innovative, creating a variety of other products from XO Brandy to Quiet Cannon Rum to Forty Spotted Gin. But their whisky steals the show. Their Classic Cask, Sherry Cask and Cask Strength, to name a few, have seen them awarded a slew of international and domestic awards. But for Bill, none is more meaningful than his 2015 induction into the Whisky Magazine Hall of Fame.

Legacy is an aptly-named bookend to Bill’s long years of influence and the mark he’s made on the world of Australian spirits, earning him the title of ‘Godfather of Australian Whisky’.

“I don’t think in his wildest dreams the Bill thought we’d be able to taste a Tasmanian 19-year-old single malt when he first started,” says Chris. “This is a true time capsule of the Tasmanian whisky industry. They are a testament to the success of our industry, as much as anything.”

While Lark is no stranger to limited releases — from its dessert-driven Tokay Tokay to the dark and fruity Double Tawny to the syrupy Oloroso — Legacy is truly rare, with just 538 bottles between the two different casks being released. According to the distillery, Cask One hits the nose like, ‘An old attic filled with nostalgic memories of salted caramels, liquorice, peppermint ice-cream, and chica cherry cola. Cask Two conjures up the aromas of ‘Medjool dates, fig, green olive, and gingerbread dough’ which are ‘bolstered by sweet, earthy undertones, reminiscent of pipe tobacco and perfectly-seared steak’.

As Chris notes, “What makes these whiskies so different is what the age has done. It is both soft but powerful, lifted but full-bodied, with fortified balance of American oak. It all just comes together into an experience unlike any other Tasmanian whisky I have ever had.”

Once Cask One hits the palate you’ll taste a warm buttery caramel mixed with espresso eclairs and Chinotto, followed by a finish of dark chocolate, nougat, nutmeg and coffee. It’s an ideal after-dinner drink in lieu of a sweet dessert (or on top of one).

Cask Two is a little more savoury and complex, with notes of green apple, pink peppercorns and cherry with the taste of fresh tobacco following. The finish has subtle notes of coconut, toasted walnut and clove, perfect for a chilly winter’s night.

Chris advises the best way to enjoy a dram of Legacy is on its own. “Each cask has a rich story to tell and we wanted to preserve this for people to enjoy in their own way,” he says. But if you have to pair it with something, he suggests a piece of dark chocolate.

Whisky connoisseurs can enter for a chance to purchase a coveted bottle here starting 8 March 2021 for $1950 each. The lucky batch of winners will be notified on 14 March 2021 from 3:00 PM AEST and Legacy will be shipped to the Australian address given. It’s a collectors’ item you’ll actually want to open and enjoy; a rich testament to the care and craftsmanship of Bill Lark that captures the spirit of his original pioneering vision – a Tasmanian legacy that will endure for years to come.