“The ASUS Expertbook B9 ticks every box.”

Snap has been one of Australia’s most iconic brands for decades, with branches all over the country. But today, as the printing industry faces unprecedented challenges, CEO Richard Thame explains why driving the change that’s necessary is only possible with powerful, portable devices that can effortlessly multitask, wherever you’re working. 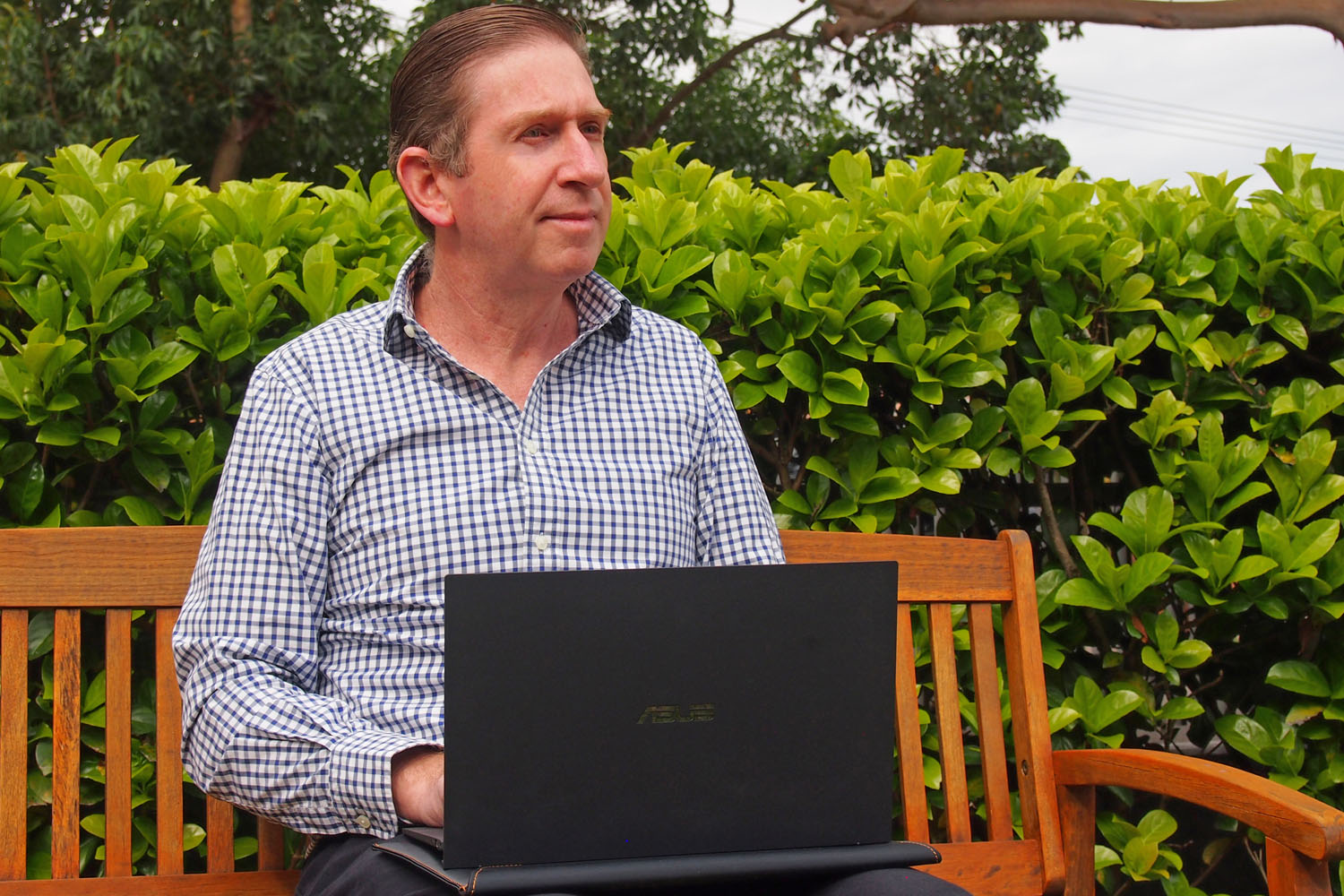 Snap is the biggest Australian-owned print and design network, with over 150 outlets across the country as well as others in New Zealand, China and Ireland. Whatever it is that you need designing or printing, you can bet your life Snap will be able to take care of it. From sales manuals, posters and banners to business stationery, wedding announcements and personalised mugs, it even designs websites and email marketing campaigns.

The company can trace its history back to a small printing press in King Street, Perth in 1899, but it really came into its own in 1926 when a World War I digger called Stan Watt bought the company, then called Imperial Printing. He built a new factory in Hay Street, nearly bankrupting himself in the process.

He only employed ex-servicemen, and fought hard for workers across the whole industry to be paid a fair wage. When his son, Stan Jr started at the family business after flying 123 Kittyhawk missions during the Second World War, he helped make Imperial one of the biggest printers in WA.

But everything changed when he visited the US in 1966 and discovered something that would revolutionise printing. A new concept referred to as Instant Print meant images could be processed much more cheaply, and in a fraction of the time.

The machines were expensive, but Stan Jr had learnt from his father that you need the very best tools to deliver the very best customer service. His father had made a leap of faith when he’d built his factory all those years ago, and now he knew he had to do the same.

At the time, Imperial was the only company in Australia to use the innovative technology. It meant you no longer needed a massive factory – pretty much anything could be printed in a small shop. Within 10 years, Snap, as it was now called, had 38 stores and had become one of the first companies in the country to train franchisees to run their own businesses.

“Embracing technology has always been one of the key differentiators between Snap and other printing businesses,” current CEO Richard Thame says. “Right from the beginning, we’ve given our franchisees access to world-class design tools and the most cost effective supply chain available so they can be more efficient and help customers create their own masterpieces that they can turn into beautifully presented printed or online material.” Embracing the very latest technology extends to the way Richard does business too. He’s been using the new state of the art ASUS ExpertBook B9, one of the world’s lightest 14” business laptop, which has been specially designed for business professionals on the go and is powered by the latest 11th Gen Intel® Core™ i7 vPro® processor with Intel® Evo™ verification.

“What’s important to me is having a laptop that’s ultralight and portable but has enough horsepower to multitask and doesn’t compromise on screen clarity and sound,” he says. “It has to have enough ports to plug in my devices and have the best bluetooth connectivity. The Asus Expertbook B9 ticks every box nicely.”

The disruption of the past two years has meant portability is more important than ever, with staff, franchisees and customers forced to work from home with no helpful IT support team in the building. “We all need to access files and seamlessly share information wherever we are so having machines that work seamlessly together means we can focus on the task at hand and not have to worry about the technical side of things.

“The ASUS has certainly made this transition easier as it’s just as comfortable hosting a zoom call from the kitchen table as it is modelling complex cash flow scenarios.”

“The ASUS ExpertBook B9 is definitely going to make my job a lot easier.”

A big part of Richard’s job is driving change, particularly as the printing industry digitalises and responds to customers whose design needs are online. It’s just as important that a customer’s home page, EDM or social media post look inviting and eye-catching as a printed catalogue or banner. Snap’s attention to detail and investment in the best software means they’ve retained customers who have moved online.

“What I love most is seeing franchisees achieve their dreams, knowing that we’re here to give them all the support they’ll need. As we evolve, we take them with us. Many are family businesses and they’re the people who have helped make Snap such a successful brand over so many years.

“The ASUS ExpertBook B9 is definitely going to make my job a lot easier as it’s powerful enough to run all the applications I need no matter where I’m working, extremely hard wearing and the screen resolution makes those long video calls a lot easier on the eyes.

“The only challenge I’ve had so far has been keeping the family away from it!”

Snap is the biggest Australian-owned print and design network, with over 150 outlets across the country as well as others in New Zealand, China and…