Ensuring Greater Security and Sustainability on the High Seas: Thuraya 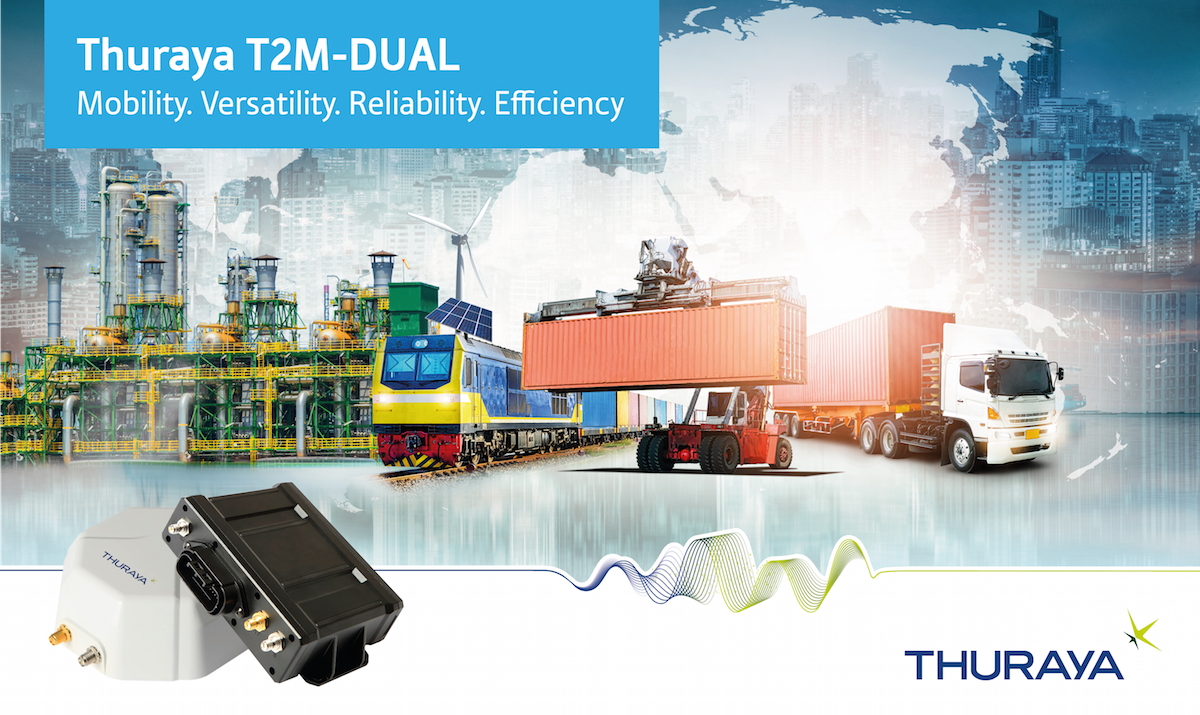 The transition to digitisation is changing the maritime sector globally. However, the pace of change is slow, because the overall costs of integrating and maintaining third-party services are still high. That’s where Thuraya comes in.

Backed by several add-ons and the inbuilt voice capabilities of Thuraya MarineStar, SatTrack complements as an intuitive, feature-rich, yet easy-to-use tracking and monitoring platform that generates a lot of value for its users. It opens up a new world of instant communication from onshore teams for offshore operations.

As the demand for compliance and related information grows exponentially, satellite connectivity and smart applications have become the most convenient and affordable means of ship-to-shore and inter-ship communications.

SatTrack subscribers do not have to delve into multiple layers of data to build comprehensive insights. The service consists of an online application that displays the information reported from onboard Thuraya MarineStar terminals on a user-friendly dashboard. The system can create and monitor geo-fences, produce detailed maps, send custom notifications, receive terminal alerts and position reports based on user requirements.

Flexible pricing based on usage

While a majority of owners will readily acknowledge that their vessels should be connected to the internet, they still think of remote monitoring in terms of conventional connectivity using expensive bandwidth. When bundled with the Thuraya MarineStar solution, SatTrack presents an extremely viable, reliable and cost-effective operating model that is instantly advantageous to the ship owners and operators. With a flat-fee subscription model, SatTrack protects customers from bill shock and amplifies the benefits of Thuraya MarineStar – making it a best-in-class, end-to-end tracking and monitoring solution that gives users the upper hand.

Besides ensuring greater seafarer safety through its SOS configurations, the SatTrack’s alert mechanism is handy during search and rescue operations. The main beneficiaries of these functions include civil defense agencies and organisations with varied maritime interests such as police, port authorities, coast guards, transport authorities, coastal surveillance bodies, as well as agriculture and fisheries ministries.

Satellite-powered tracking and monitoring of fixed and mobile assets is an emerging market trend, especially in areas lacking terrestrial connectivity. Therefore, Thuraya is expanding the scope of its SatTrack service to cover land-based operations. The move is expected to transform how global supply chains function.

SatTrack for Land is being developed to augment the capabilities of Thuraya’s Satellite and GSM machine-to-machine (M2M) terminal – T2M-DUAL. This is a cloud-based service, which will allow owners to localise their assets, assign geofences, review trail history and enable speed monitoring. The web application will consist of a specialised and interactive dashboard, which will display information collected from the T2M-DUAL terminals deployed on worksites or vehicles. Various sensors connected to T2M-DUAL will ensure efficient cold chain monitoring of temperature-sensitive goods and assess asset vibration for much improved maintenance. The data thus retrieved will appear on the SatTrack dashboard.

The key advantages of SatTrack for Land include enhanced security, operational efficiency and personnel safety. With this service, Thuraya is aiming to gain a stronger foothold in the transportation industry, including cross-border road and rail logistics.

Thuraya, is the mobile satellite services subsidiary of Yahsat, a leading global satellite operator based in the United Arab Emirates (UAE), fully owned by Mubadala…