Blooms The Chemist: For Australians to call on

While many chemists are focusing on growing online sales, Blooms The Chemist wants to be right there to offer exactly what their customers are looking for.

Blooms The Chemist is already the first port of call for Australians in Queensland and New South Wales seeking solid advice about their health and wellbeing. CEO Phil Smith is looking to ensure the brand is known and respected nationwide and that the Blooms The Chemist team is always there for its customers, talking them through their important concerns.

“We have a strong presence in Queensland, and certainly throughout New South Wales, but now we’re in the process of developing a national brand presence, looking at South Australia and Western Australia,” says Phil. Part of this strategy to build the brand is really about differentiating  Blooms The Chemist from other chemists. During a period of increased growth of online pharmacy retailers, Blooms The Chemist remains faithful to building and maintaining meaningful relationships and rapport with customers in-store.

Award-winning service is just the beginning

Despite having won several customer satisfaction awards from Canstar, Phil wants to strengthen the company’s position as a market leader and knows this is not going to be a quick win. “It’s nice to win awards back to back, but quite frankly, the gap is not quite big enough for us,” he says. “We need to broaden that gap and differentiate against all the other players. So that’s our plan for the future. It’s a long road.” 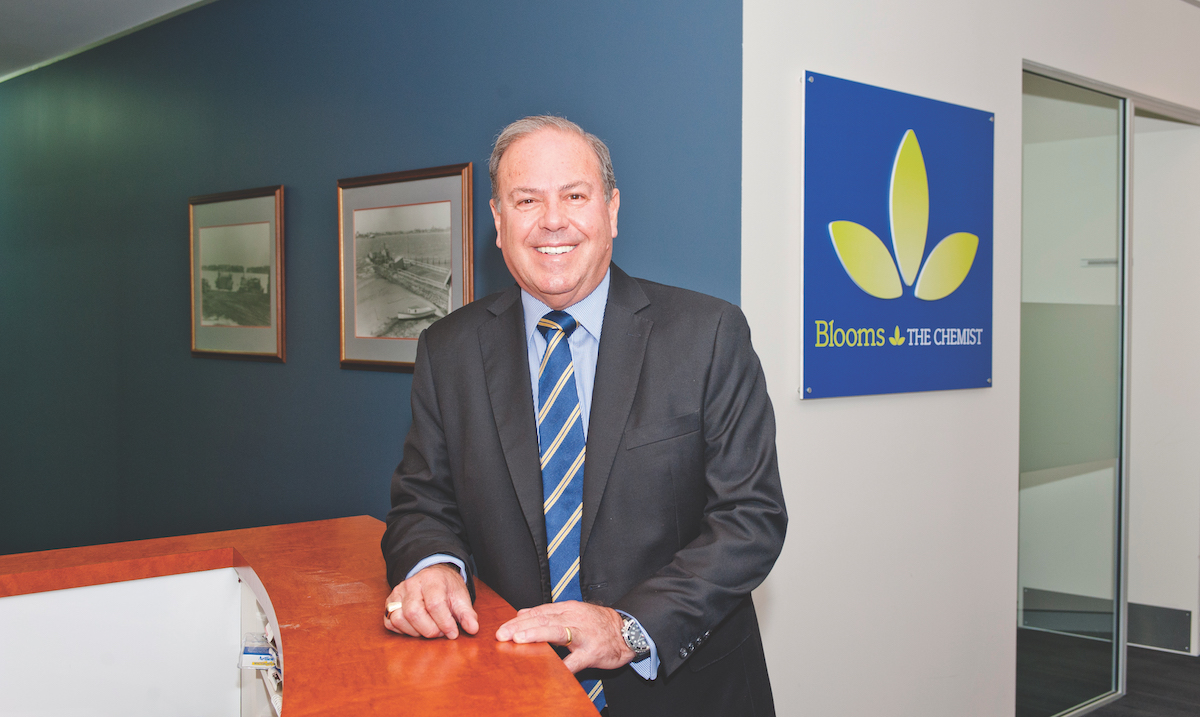 “It’s about an honest and open approach, and our suppliers understanding we’re here for the long haul. We expect our partners to be as pleased as we are with our recent growth over the past two years and I think it’s fair to say they are.” - Phil Smith

With considerable experience in retail and business consulting, Phil took on the role of CEO four years ago. Under his direction, Blooms The Chemist — which has always been a community-oriented and family-friendly pharmacy,has been clearly focused on improving customer outcomes. Phil says he is “moving the business to a customer-centric, customer-first culture”. This has meant that Blooms The Chemist has undergone significant changes. “We measure — through research — what our customers’ needs are and, we strive to consistently meet those needs,” says Phil.

All the challenge of change

In guiding Blooms The Chemist employees through all the challenges of change, Phil has strengthened the company’s culture, which he describes as an “absolutely critical component” of the business. Phil believes this is all about mindset. “It’s about moving our pharmacies, pharmacists, business owners and operators, from operating a pharmacy to the realisation that we’re not only operating a dispensary, but we have  also got a retail business to look after as well,” Phil says. “The reality is that retail takes up 75-to-80 per cent of our floor space. It’s a big challenge to get folk to believe and understand our future will be determined by the customer, but we’re well and truly on the way.”

Having such a strong focus on its retail activities, Blooms The Chemist is devoted to creating and sustaining long-term relationships with its suppliers and this has been another part of the business that has seen positive change. “We’ve moved from a brand and a supplier relationship, to a partnership relationship whereby we have win–win performance agreements in place and we recognise it’s not all about us winning at everything, it’s about our partners or suppliers being able to grow with us,” Phil explains. “We’re here for the long haul and we expect our partners to be as pleased as we are with our recent growth over the past two years. In fact, they are — they are delighted.”

Phil says Blooms The Chemists’ customers, employees and suppliers alike have shared in the success of the past few years. “Everyone likes to be on a winning team, and we’re winning.”