John Hughes is a Western Australian legend. Having built the John Hughes Group, he is training up young, bright talent in the business of car sales.

There aren’t a great many people who would describe buying a car as a “wonderful” and “stress-free” experience, however, the John Hughes Group’s website is bursting with glowing reviews from satisfied customers. The man who owns the Group, Perth personality John Hughes, says sending delighted customers on their way is the reason he has devoted most of his life to the business.

Drive away with a smile

He says, “I have been in this one location for 47 years. It’s not the money I have made, it is not the size we have achieved, that gives me the greatest source of satisfaction — it’s not even the number of cars I sold. It’s my reputation. I really get a kick out of people buying cars from me and driving away with a smile on their face. That is what’s important.”

John’s success is the result of a great deal of hard work and some valuable life lessons he is keen to impart on his 550 employees. After leaving school, before starting his career, John originally wanted to be a lawyer, but couldn’t afford to spend the time studying at university. 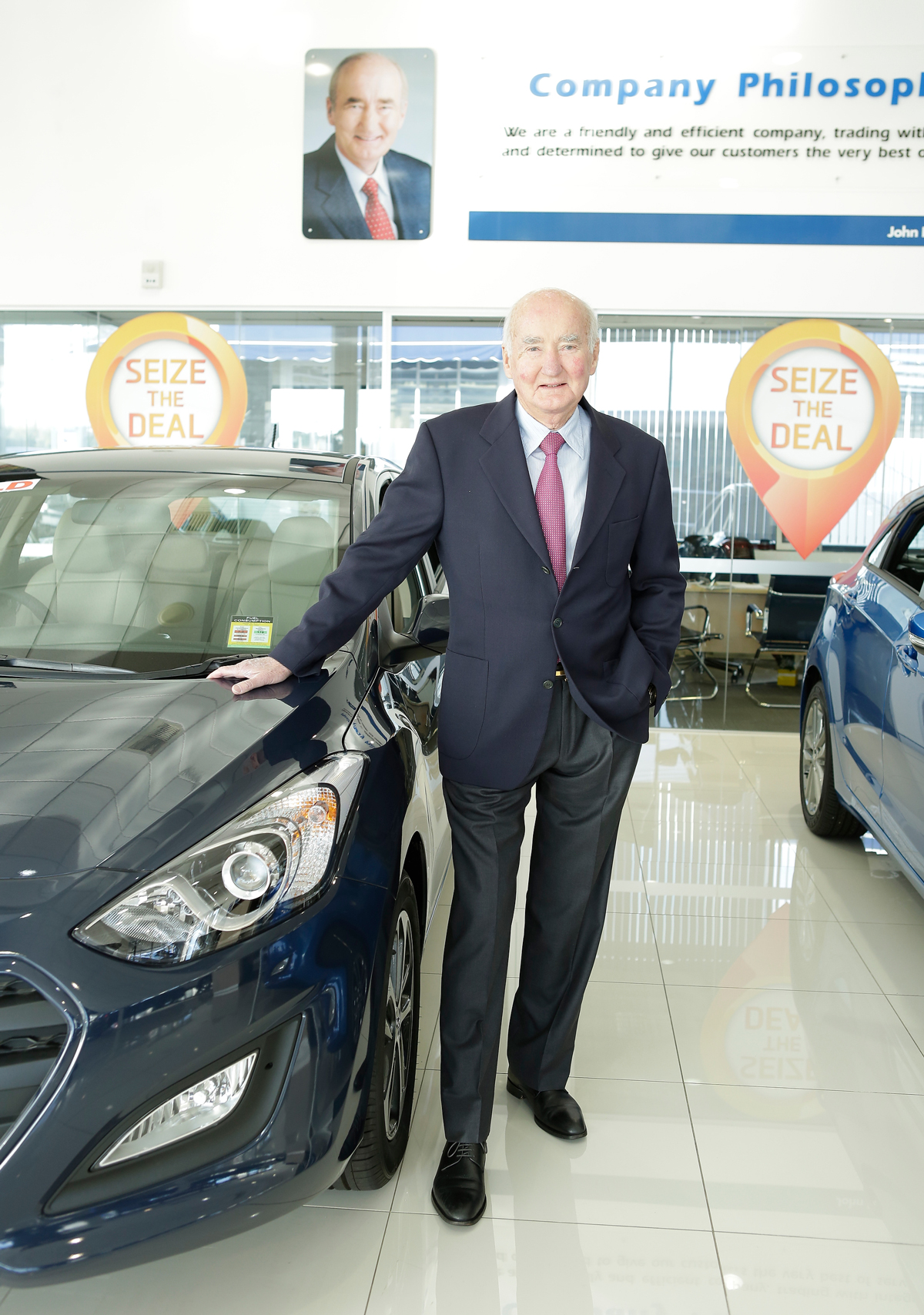 Determined to make a success of himself regardless, he dabbled in accounting and sales roles before finding his passion for cars, which led to him heading up a dealership before he turned 25. By his mid-30s, John had resigned to start his own business, which eventually grew into the John Hughes Group. John believes “It’s about getting out in front and being a leader, not a follower.” His recipe for success is to “Be positive, be decisive, make quick decisions and stick to them, and have plenty of passion.”

Today, the John Hughes Group has diversified and touches various areas of the automotive industry. It has arms specialising in insurance, finance, tyres and batteries, roadside assistance and vehicle transport. Its core activity remains car sales and each month, staff sell 1700 new and used vehicles. Despite how large his business is, John has learned from past mistakes and retains firm control of where things are headed.

“Early in my career, in 1972–1973, I very nearly went under financially. I expanded too quickly and I delegated too loosely. I know exactly what I did wrong. I took my eye off the ball. Of course, I recovered and you know now where I am today, but it is a lesson I will never ever forget. That is why I am very clear about focusing on the one location: Central Perth,” John says.

John’s understanding of people and business gives him a golden opportunity to give young people a head start in the industry. He is especially proud of the people that will take his business into the future. “We have a warehouse selling lower-priced vehicles where we bring in the young women and young men, aged around 18 to 21,” John explains. “We train them up and as they prove themselves and they develop, they get promoted to work at the big yards. Some of them are getting to management positions and that gives me a huge kick. It’s so great to see young people joining the company, being trained up and responding to it. I think half my sales force originally started with me as apprentice sales people.”