Tasman Group provides a single point of contact for retailers, with over 60 years of experience in retail design, manufacturing and bulk procurement.

The Tasman Group works together creating stand out retail spaces under the guidance of CEO Robert Elphinstone, a man who knows a lot about teamwork. The ex St Kilda football star is no stranger to rallying his team to deliver results. Starting as an apprentice working for his dad, Robert, along with his older brothers Barry and Wayne, has shaped the small family business into an international success story.

From a small family business

“The business started by my dad back in 1950 was called Tasman Engineering. He started it up with a partner as a little metal pressing shop and tool room. They originally did automotive components like linkages, brackets and so forth for General Motors, Ford and so on,” says Robert. “When I came along a little bit later, I saw an opportunity in shop fittings and store fixtures and such, so I opened another division around that. That side of it took off and the metal pressing, the automotive components side, eventually gave way to the business as it runs today.”

After securing its first large contract with Coles in the 1980s, Tasman Group grew from being a small sub-supplier to a major player in Australia. Now Tasman Group has offices in Australia, China and the United states, offering its customers more than 60 years of experience in retail design, manufacturing and bulk procurement. “We set ourselves apart by coming up with creative business models. We take the time to sit down and look at how we can reduce costs for our customers,” Robert says.

Continued success in China and the United States

Since Robert’s brothers recently retired from the business, a General Manager has been appointed to oversee operations, which allows Robert to focus on thinking strategically about seizing sales opportunities and growing the business. Already shipping to 20 countries worldwide, Robert has his sights set on pushing Tasman Group forward in the international market. 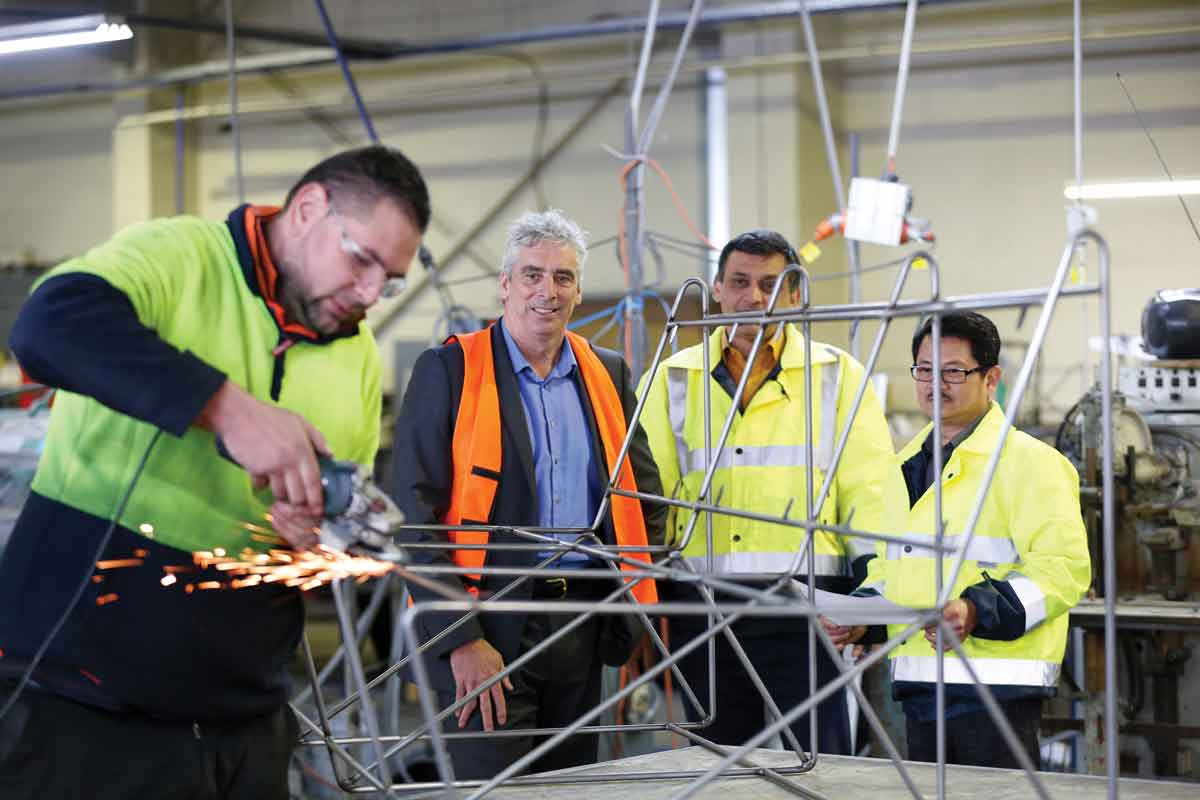 After securing its first large contract with Coles in the 1980s, Tasman Group grew from being a small sub-supplier to a major player in Australia. Now Tasman Group has offices in Australia, China and the United states, offering its customers more than 60 years of experience in retail design, manufacturing and bulk procurement.

“Since we launched the office and team up in China, it’s proven a great success for us and I’d like to expand on that, says Robert. “We’re also growing the sales teams in our US office. We’ve recently struck up another deal with Chinese suppliers to supply shopping carts into the US market, which has already been successful for us. So we’ll be looking to expand, not only in Los Angeles, but launching an office in Texas as well. I’m expecting great things from that.”

The business has been built from strong relationships with suppliers, some of which have been strong and loyal partners for more than a decade. Robert explains that he spends a great deal of his time travelling to develop relationships that are more like “friends doing business, rather than customer-vendor relationships”.

Robert values the strong friendships that exist within Tasman Group too. “I really like the people we have on board, my core team of people have been here for many years now and I’ve got a great working relationship with each of them. It never feels like ‘here comes the CEO, everybody start working!’ If somebody has got an idea, we all like to throw it around — there is no such thing as a bad idea. We are all fairly open and we’re all good friends,” he says. “Everyone’s remuneration is linked to the profitability of the business so we’ve all got a vested interest to make the business successful.”