2017 Executive of the Year Awards: Winners

In 2017, Australia’s executive elite gathered together at Crown Melbourne to celebrate some truly outstanding personal achievements in business. 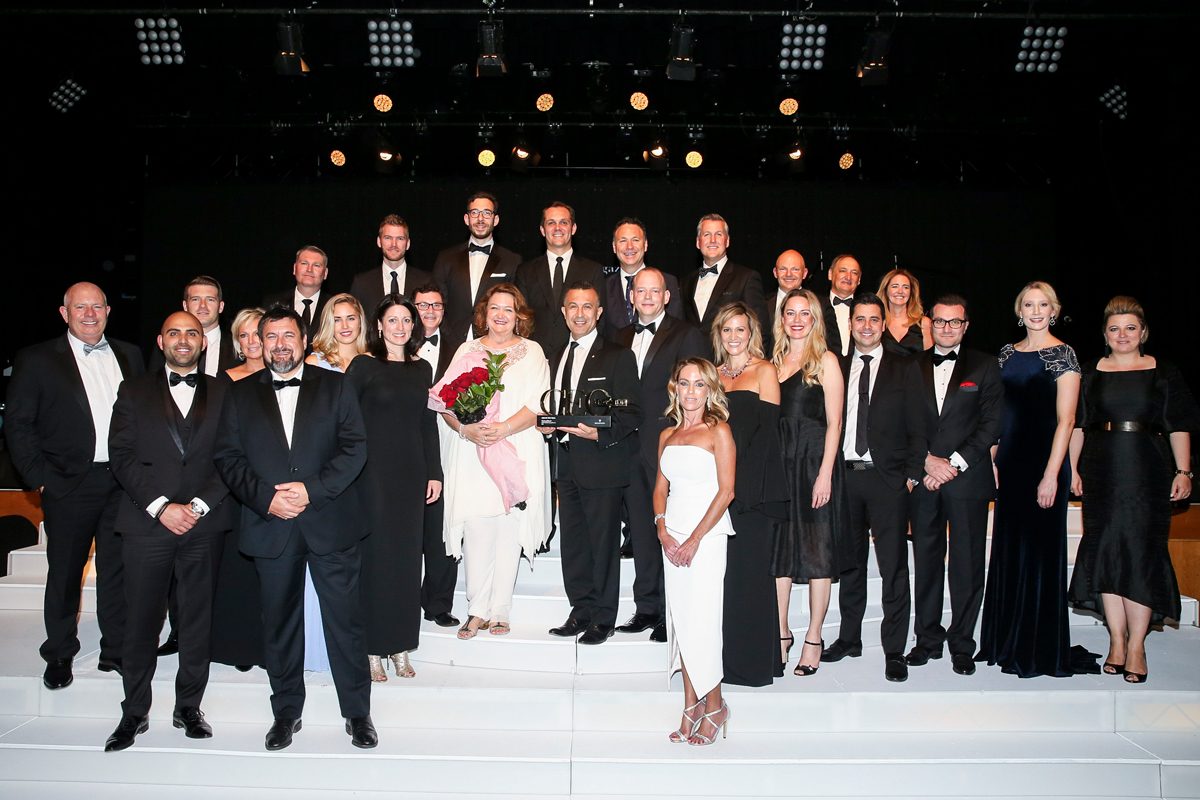 In 2017, Australia’s executive elite gathered together at Crown Melbourne to celebrate some truly outstanding personal achievements in business. The winners were announced by host Eddie McGuire, back for his sixth year as MC, at the glittering black-tie event attended by 550 of the nation’s business luminaries.

CEO of the Year – Winner

Michael has achieved growth across all areas of business: employee engagement, operational efficiency, championing diversity, confidence in leadership and commercial revenue. At SBS, he not only engages and influences his staff, but all the different communities around Australia, enriching the lives of others on a daily basis. 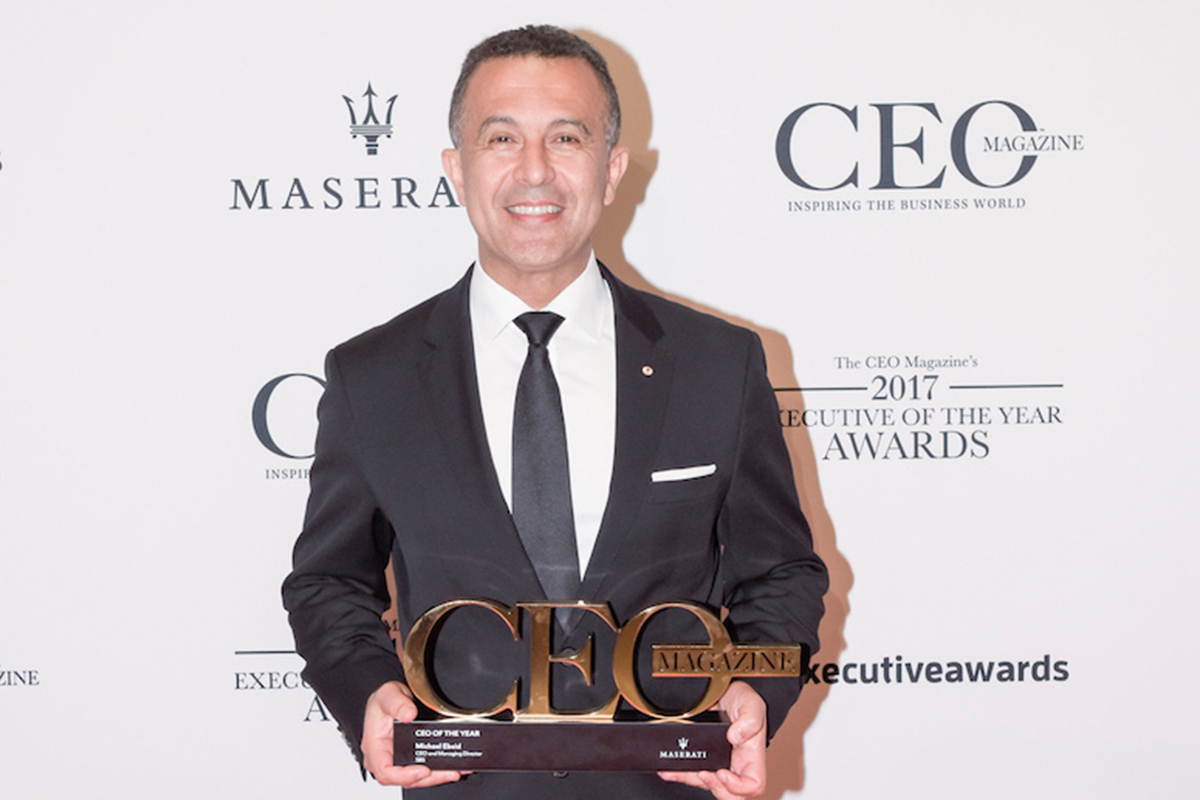 CEO of the Year – Runner Up

Outstanding revenue and profits, as well as high levels of client and staff retention are just some of the things Jason has achieved at Atomic 212°over the past year. His business model transformation saw a phenomenal revenue increase of more than 100%. 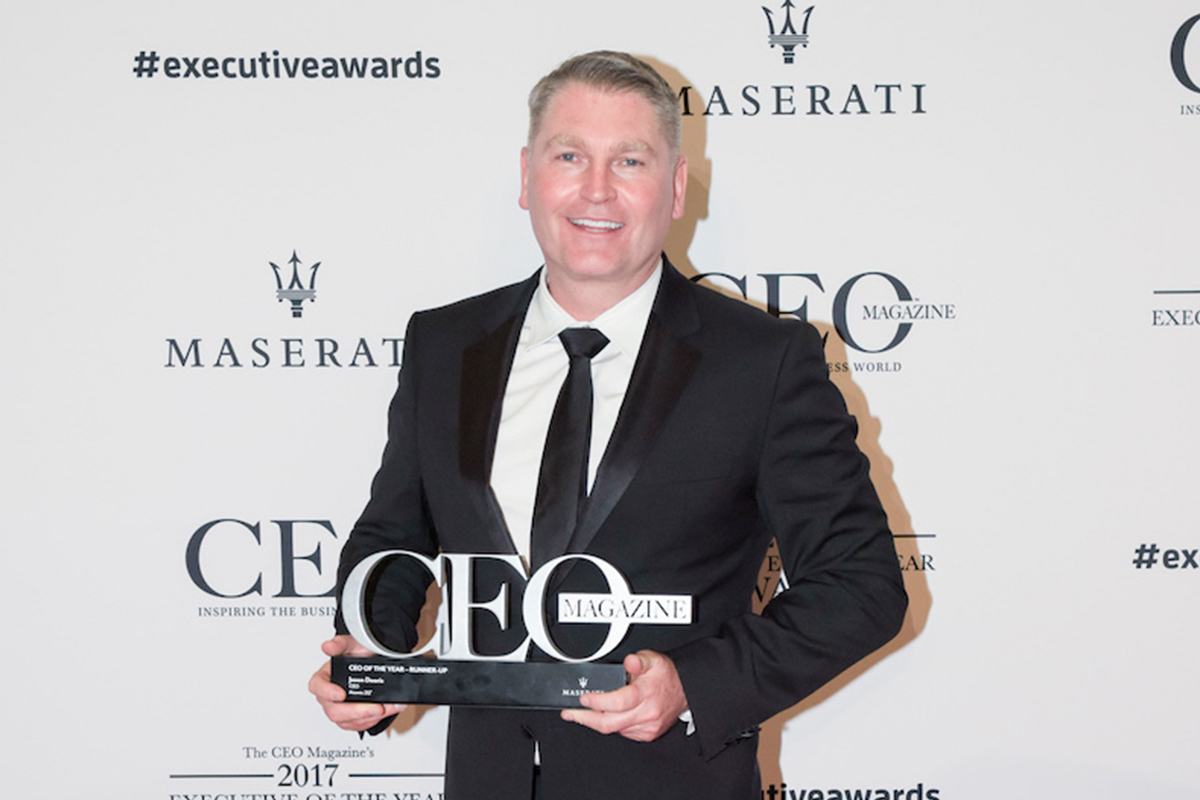 With a mix of innovation and determination, Barry has successfully established a strategic framework to ensure aligned, long-term direction for Roy Hill as it matures. He has invested in technology and people, and encouraged out-of-the-box thinking to futureproof the organisation. Managing Director of the Year – Winner

Trent has steered Xero’s yearly growth rate to more than 40% in both revenue and customers, which has elevated it into the ranks of Australia’s largest listed tech companies. Managing Director of the Year – Runner Up

As well as running a genuine, sustainable and profitable business, Alistair has implemented strategies to transform Menulog’s team culture to one of high collaboration, efficiency and passion. 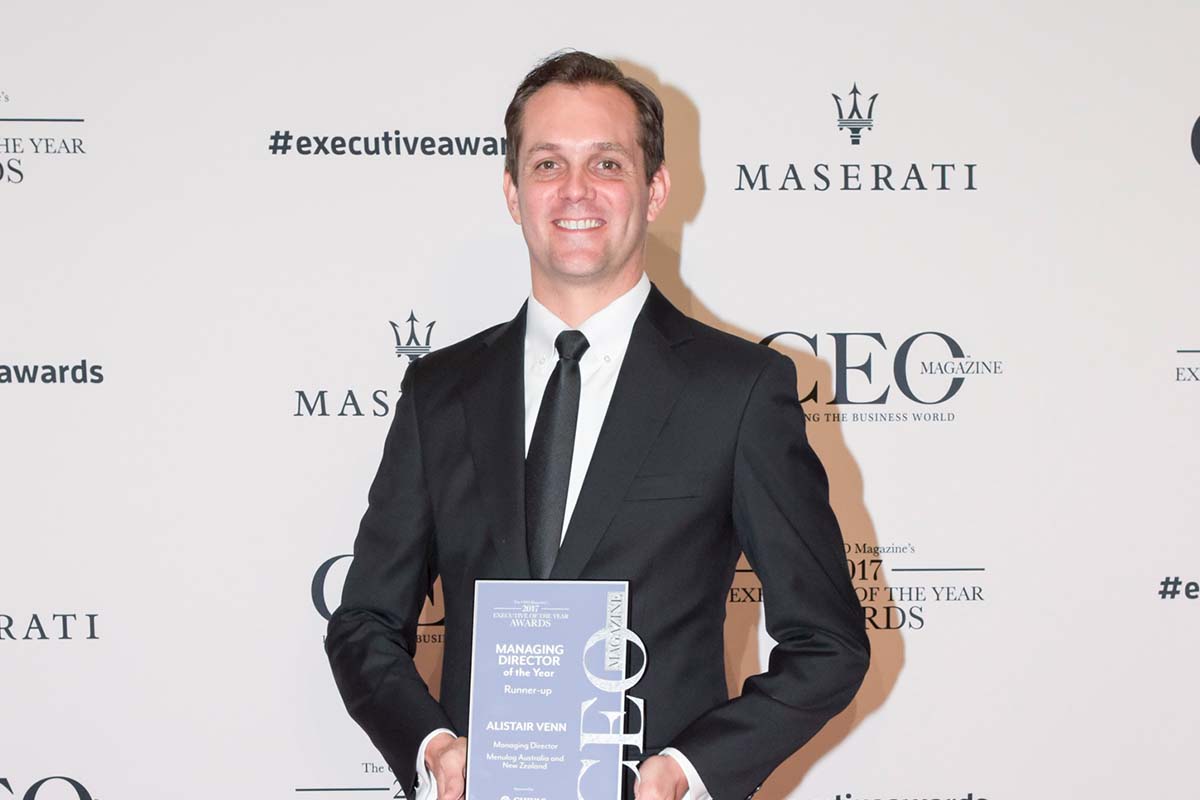 Chairperson of the Year – Winner

Gina has turned around a company that overcame considerable adversity, bringing Hancock Prospecting Group into a position of success today. She is committed to upholding the company’s responsibilities, and has worked as an unwavering advocate for business in Australia. 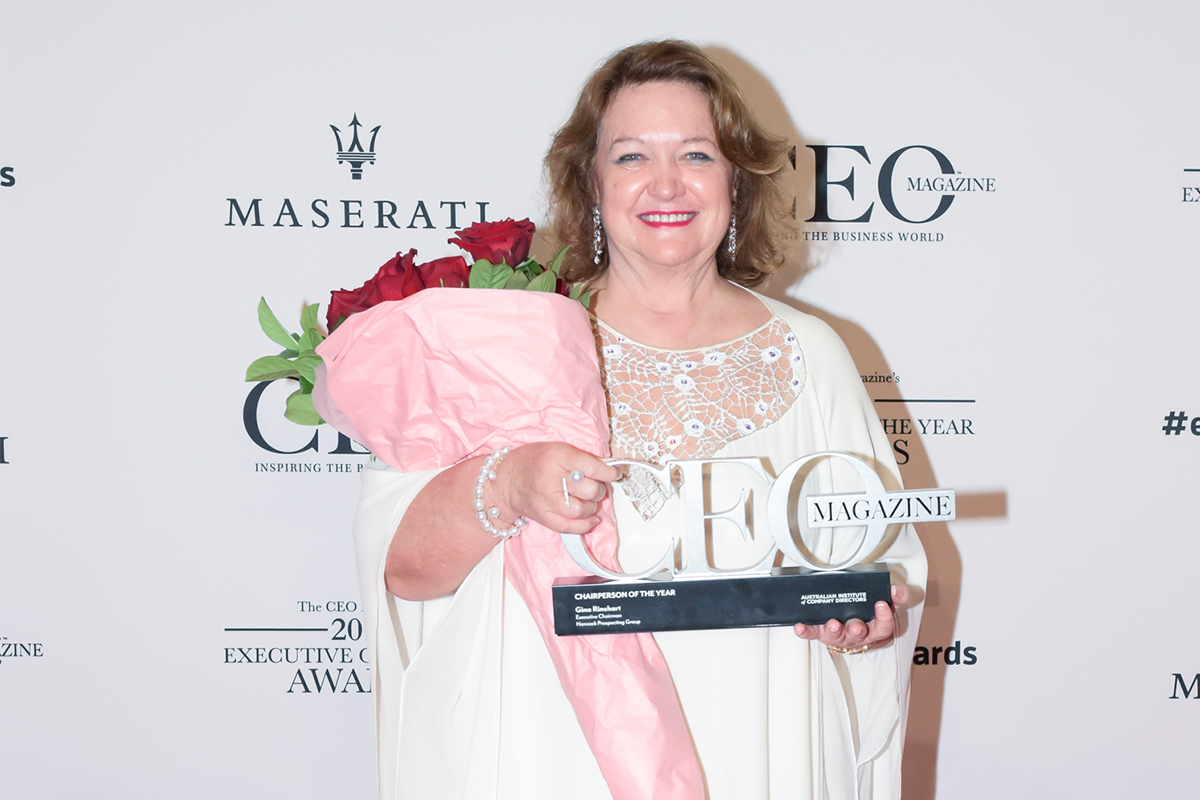 Chairperson of the Year – Runner Up

Ann has totally refreshed Carnival Australia’s product lines and forged strategic alliances to succeed in a regulation-heavy field. She’s also been credited with restoring the image of an ailing industry and steering it back to year-on-year growth. And every ambitious target she set for the company has been exceeded. CFO of the Year – Winner

Morten has successfully juggled the difficult balance of his role – ensuring stakeholder requirements are met while at the same time building a solid foundation for the future of Menulog. Through a significant investment in people and technology, he has been able to drive incredible business growth year-on-year. CFO of the Year – Runner Up

Magdalena has implemented strategic initiatives focused on growth and innovation, while empowering her finance team at Holman Webb Lawyers to become champions of change. Her initiatives have reduced costs, improved productivity and increased efficiencies, allowing the business to achieve its strategic goals. CIO of the Year – Winner

Peter has harnessed technology and information in a way that will allow the City of Adelaide to compete internationally, as well as make businesses rethink the way they operate and deliver key initiatives. He has changed public perceptions of the City of Adelaide with bold programs that can more effectively solve problems big and small. 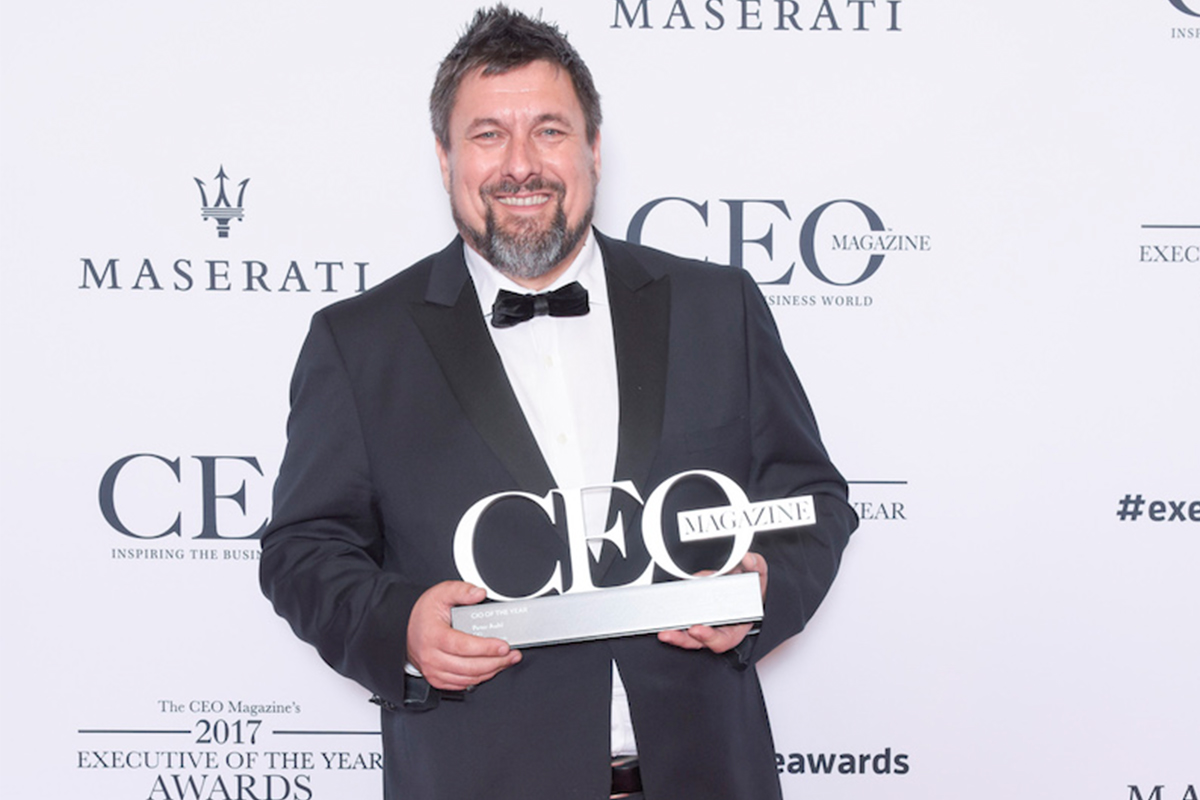 CIO of the Year – Runner Up

An experienced technology and digital solutions leader, Andrea inspires continuous learning and development at Isentia. She has enhanced the company’s product offering, optimised platforms for growth and capitalised on high-growth markets. 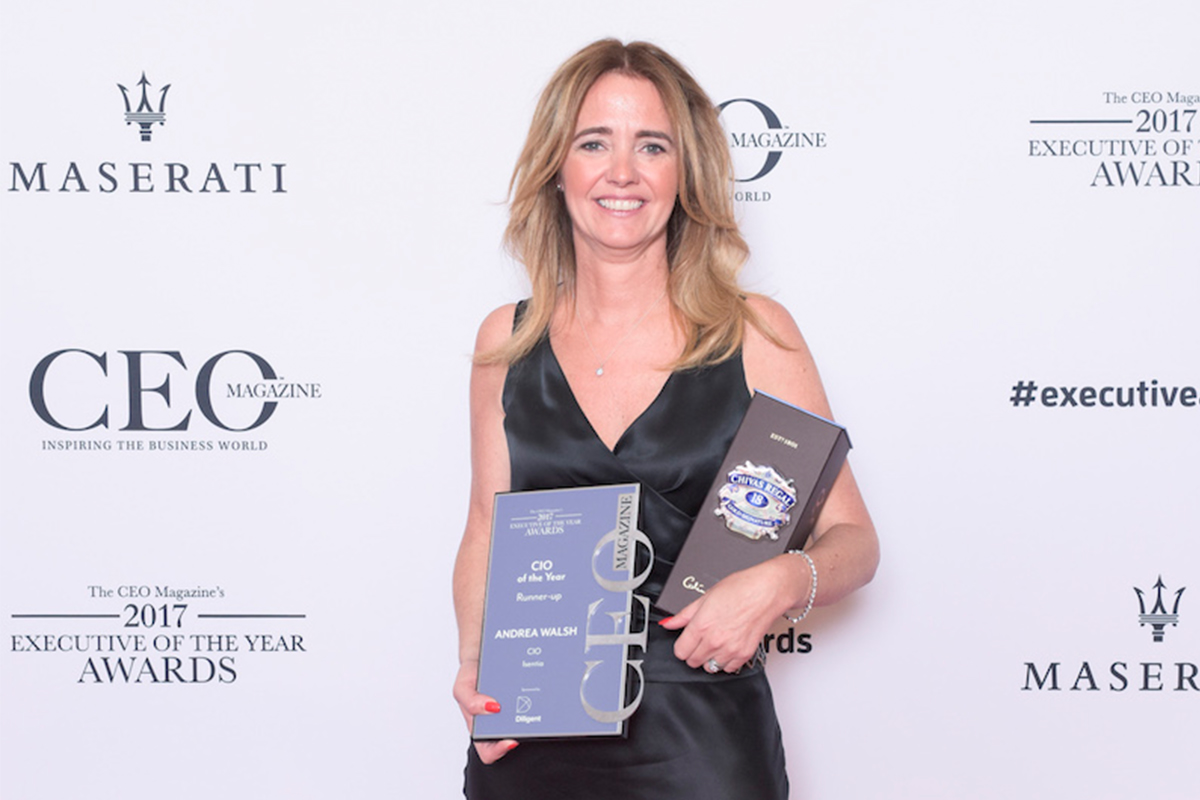 HR Executive of the Year – Winner

Mari has gone above and beyond in transforming staff culture and engagement at BankVic, through a fresh vision that espouses the highest of values and performance. Through a combination of versatility and forward-thinking commercial acumen, she has redefined the HR role into one that is unique and impactful. 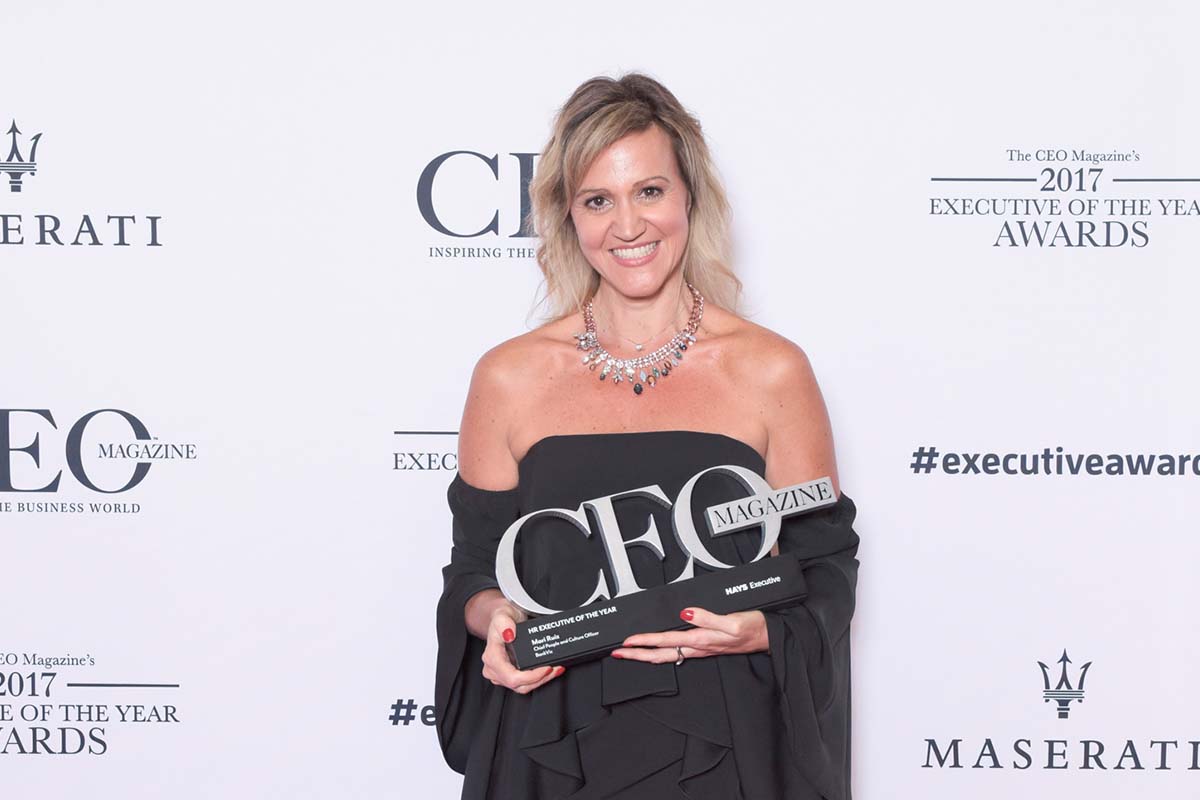 Marketing Executive of the Year – Winner 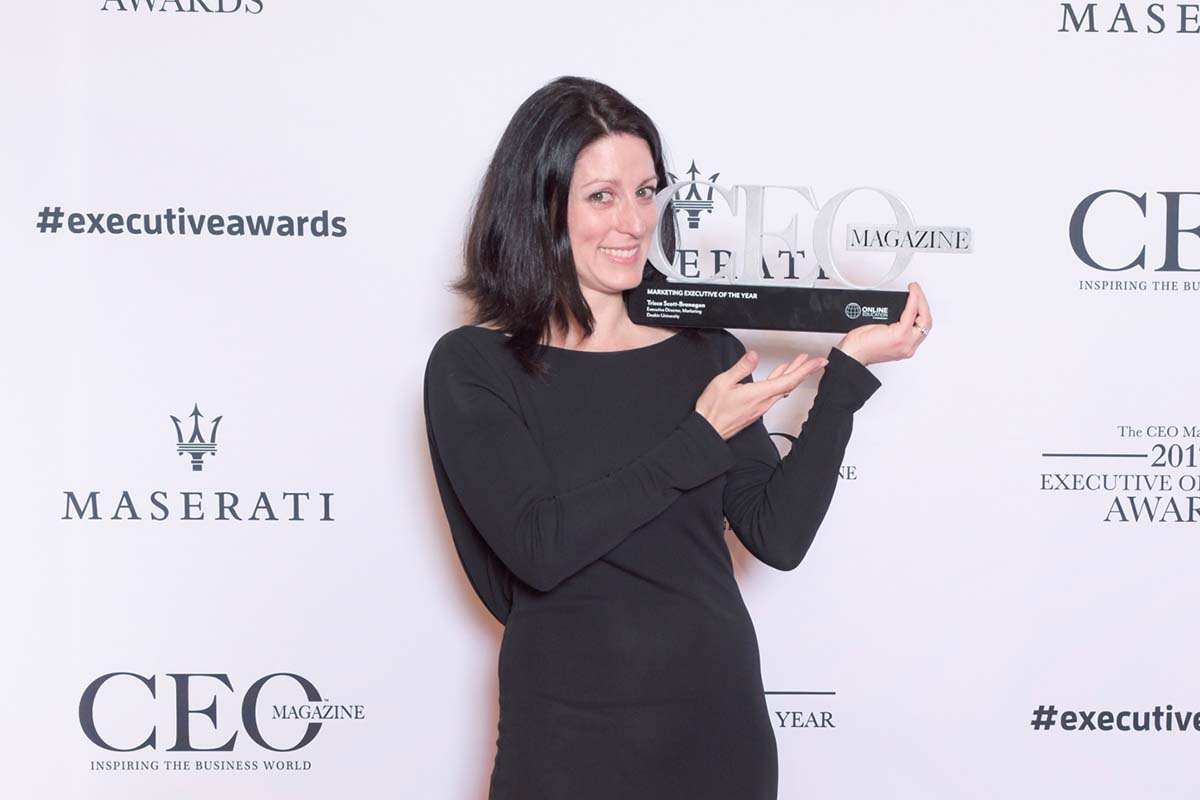 Andrea has collaborated productively with rival firms, advised and mentored others in her field and overseen industry-leading staff satisfaction ratings at Spotify. 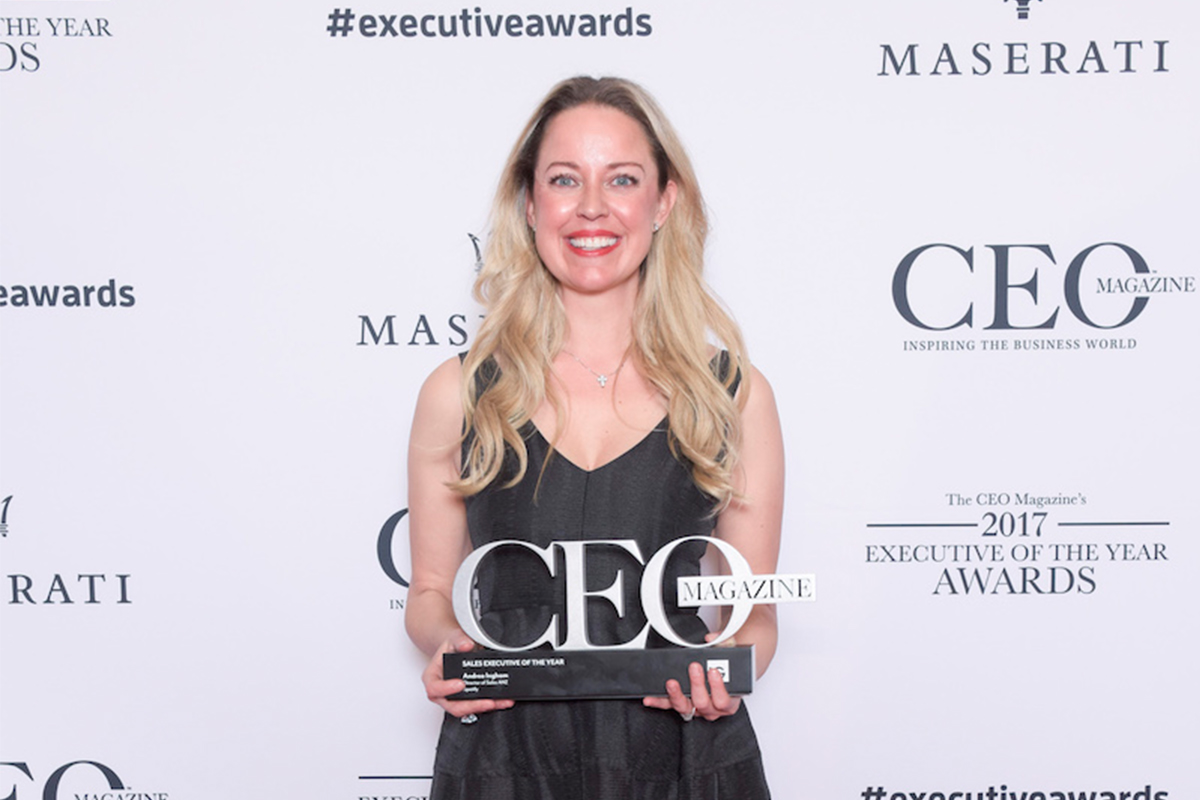 Steven has created and implemented a new sales strategy at Employsure, a company recognised as one of Australia’s fastest-growing and best places to work. Young Executive of the Year – Winner

At icare, Sara has driven disruptive change, creating exciting opportunities for collaboration and innovation. She also helped rework and update the customer experience, in the process changing the way people think about the insurance industry. 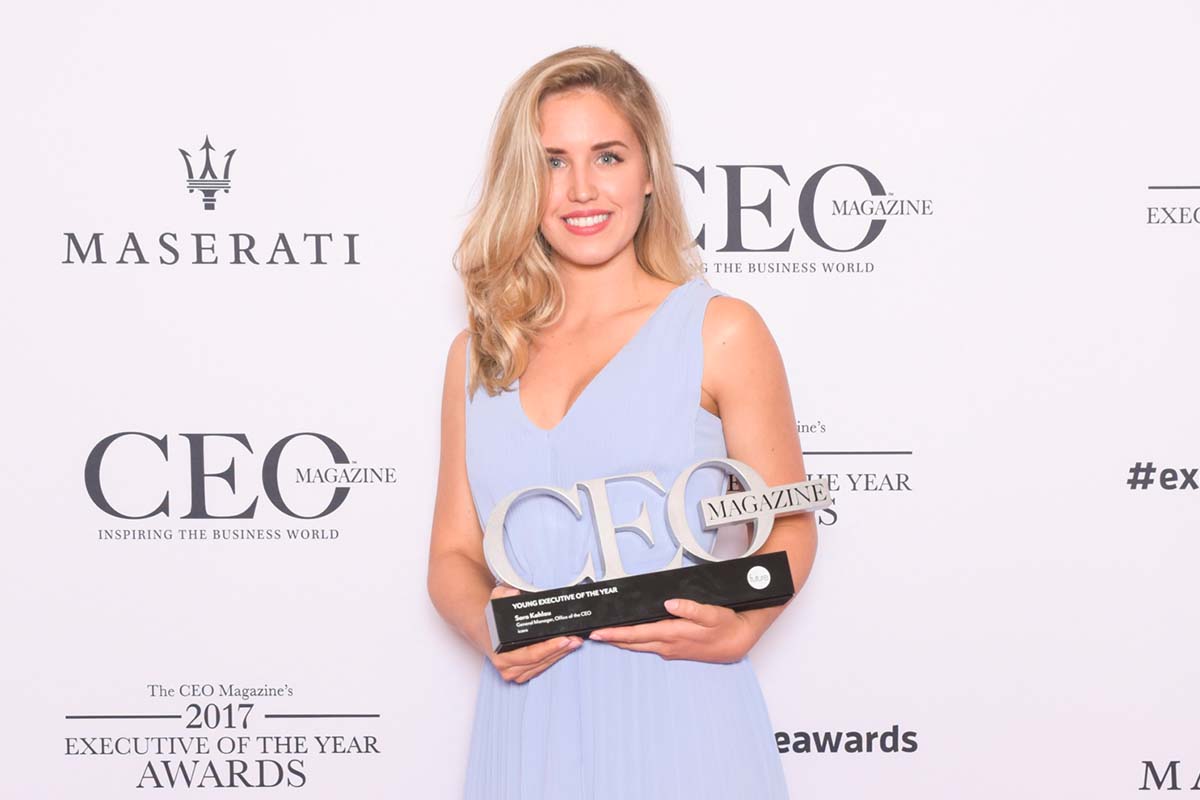 Start-Up Executive of the Year – Winner

Over the past 12 months, Anthony has strengthened TRIBE’s position in Australia, while taking the brand international and increasing revenue by a massive 390%. 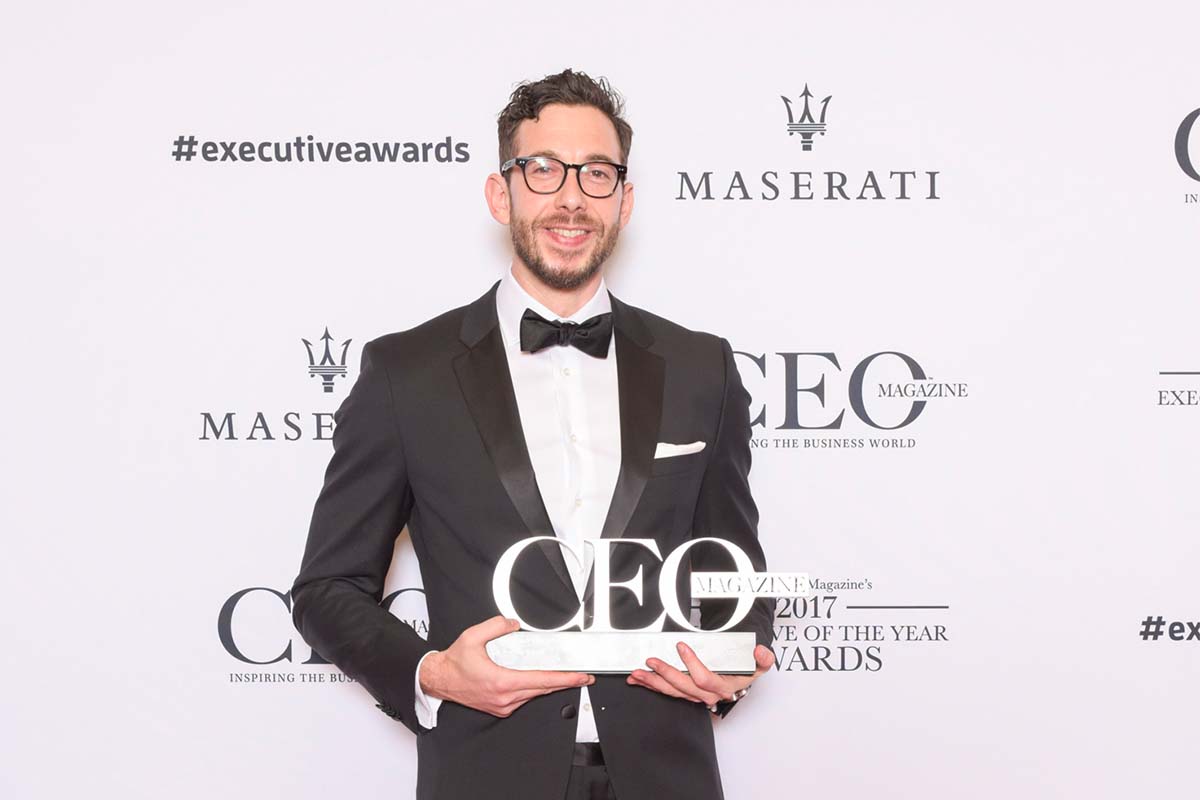 Not for Profit Executive of the Year – Winner

Caitlin has navigated MDS through a massive rebranding, overhauled its customer service strategies and increased fundraising revenue by more than 50%. 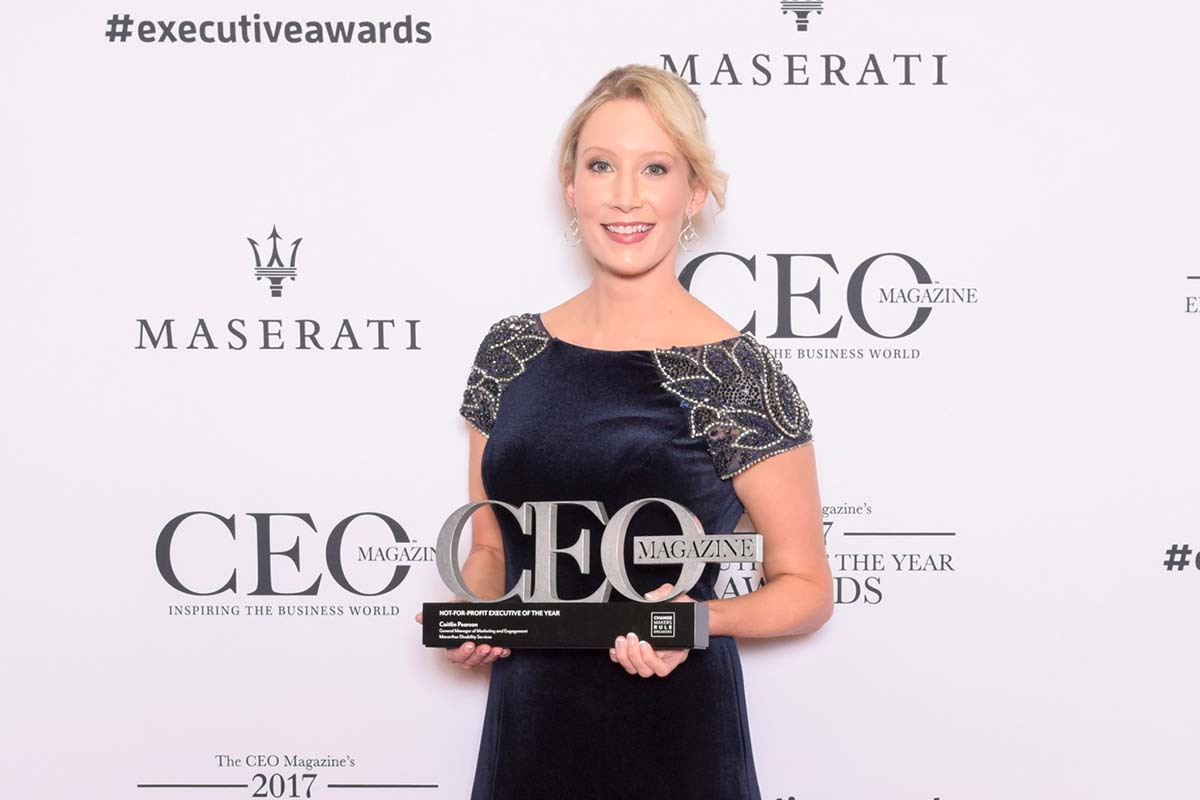 A hard worker who overcame numerous obstacles by building strong relationships, being flexible and developing a trusted support group, Simone has helped her boss at Blackmores succeed in more ways than one. Scott is a driven leader who places strong focus on inspiring loyalty and developing human capital. As a result, he secured exceptional long-term growth for Acquire BPO both in Australia and globally. 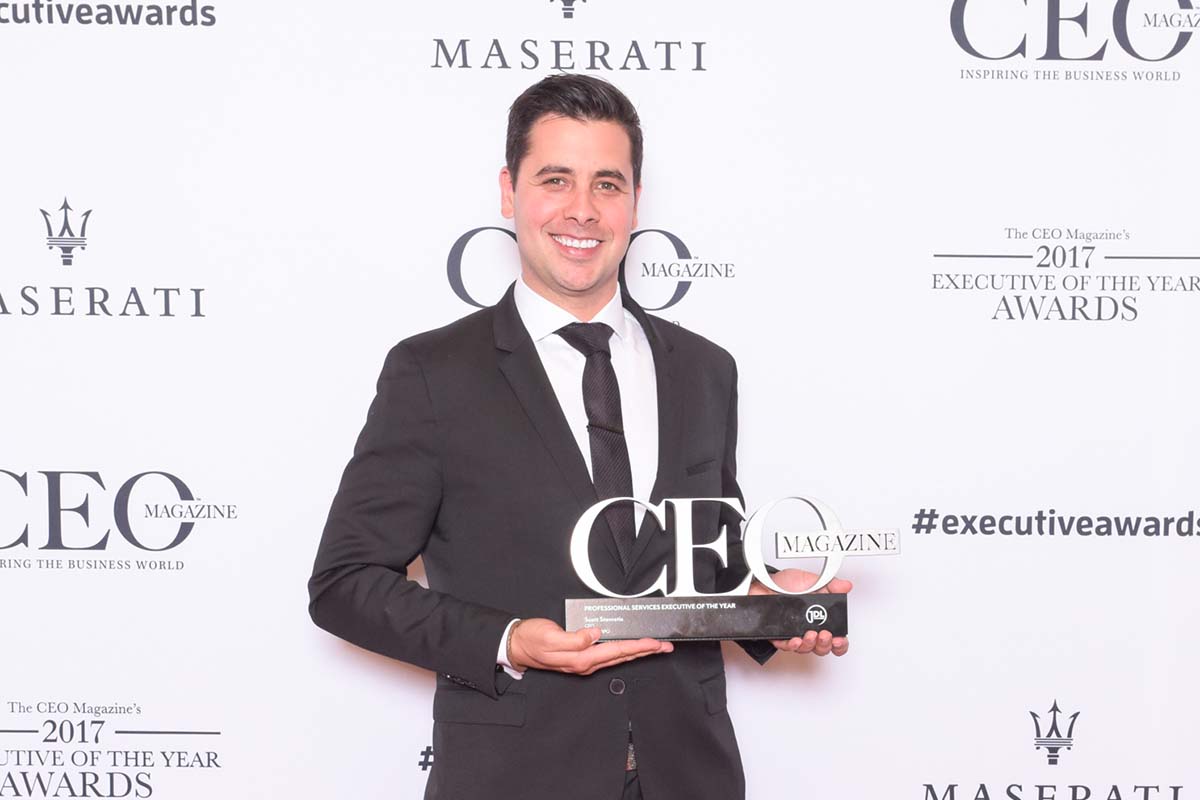 Building and Construction Executive of the Year – Winner

George’s buzzwords are: fast, efficient and effective. So, it’s no surprise that by its fourth birthday, GJ Building and Contracting Pty Ltd was already celebrating more than A$50 million worth of projects. And it’s upping the ante to a target of A$200 million within the next year. 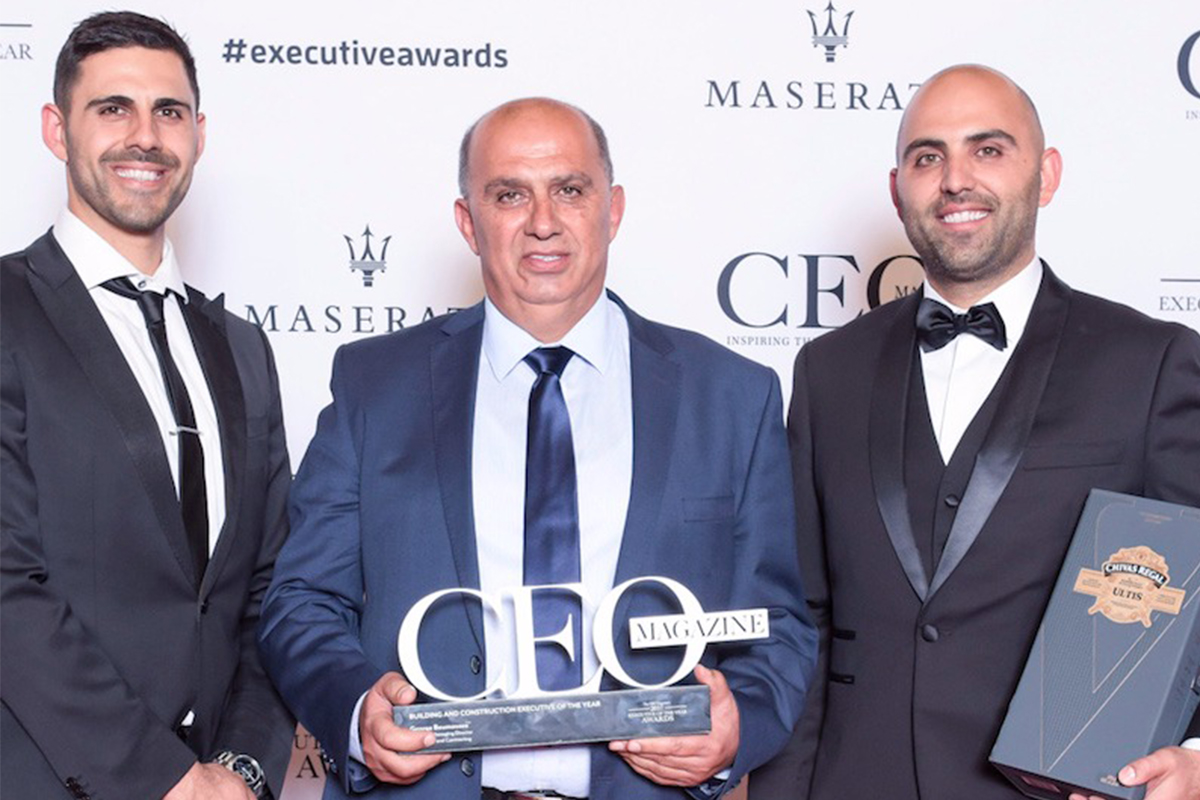 Health and Pharmaceutical Executive of the Year – Winner

Under Nathan’s leadership, Bioceuticals achieved its 10-year growth target in less than half that time. Plus, a 100% vote of support for the company’s Enterprise Agreement is further evidence of employee engagement and commitment. 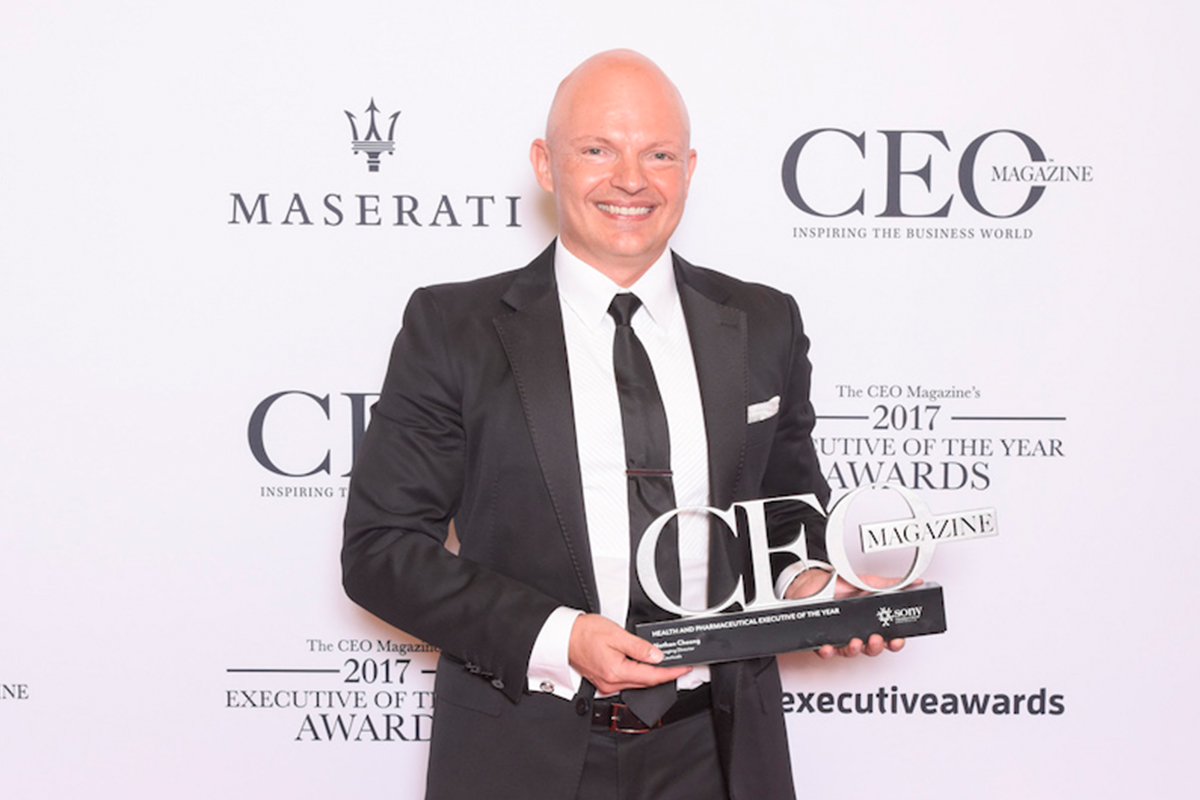 IT and Telecommunications Executive of the Year – Winner

By investing in artificial intelligence for higher-order tasks, Trent has potentially done away with mundane data entry altogether. His biggest priority over the past year has been to expand the Xero Australia’s customer base while maintaining a high level of service and a culture of excellence. Transport and Logistics Executive of the Year – Winner

In an industry that is undergoing major disruption, Bob has embraced innovation to help StarTrack and Australia Post thrive and prosper. He has strengthened alliances with key strategic partners and overseen a major change journey. 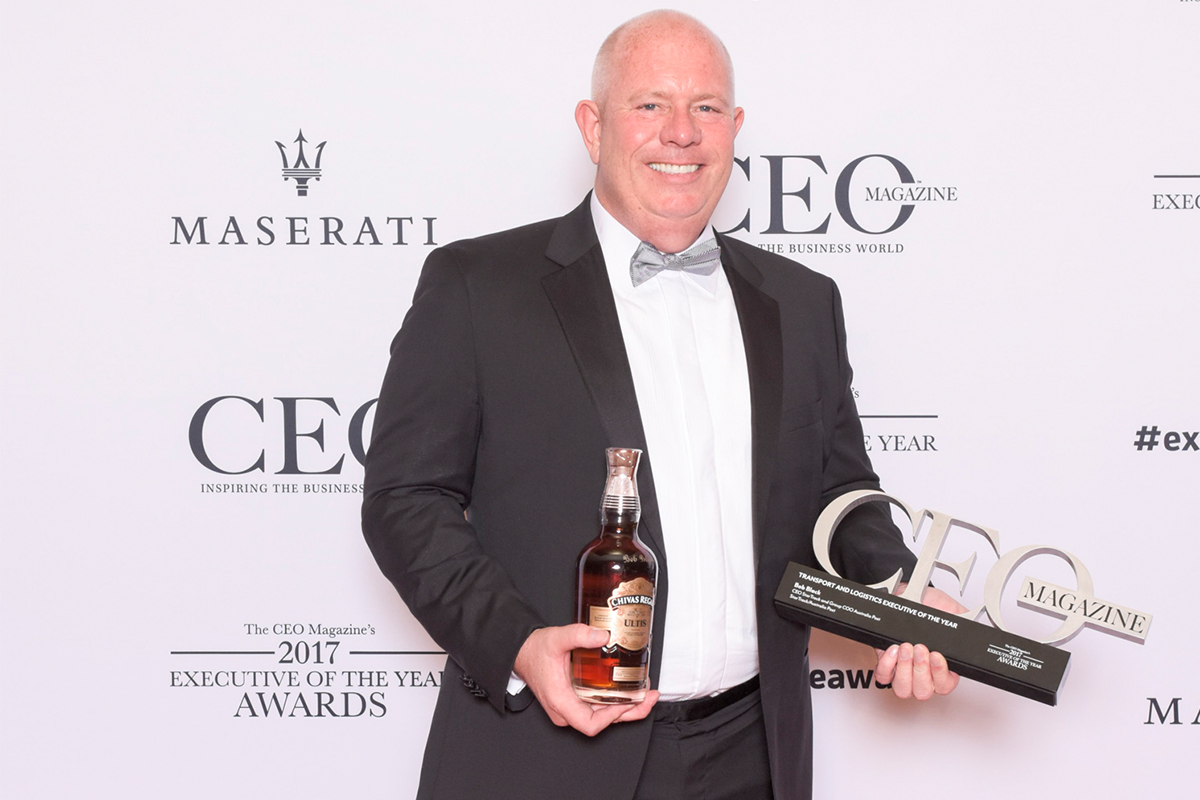 Retail Executive of the Year – Winner

With Shelley’s proven star-pulling power, she recently landed a lucrative collaboration contract that will take ModelCo to global heights. In a highly competitive market, her multi-channel marketing and embrace of innovation has driven impressive growth. Media Executive of the Year – Winner