“The industry’s improving all the time.”: Chris Mitchell 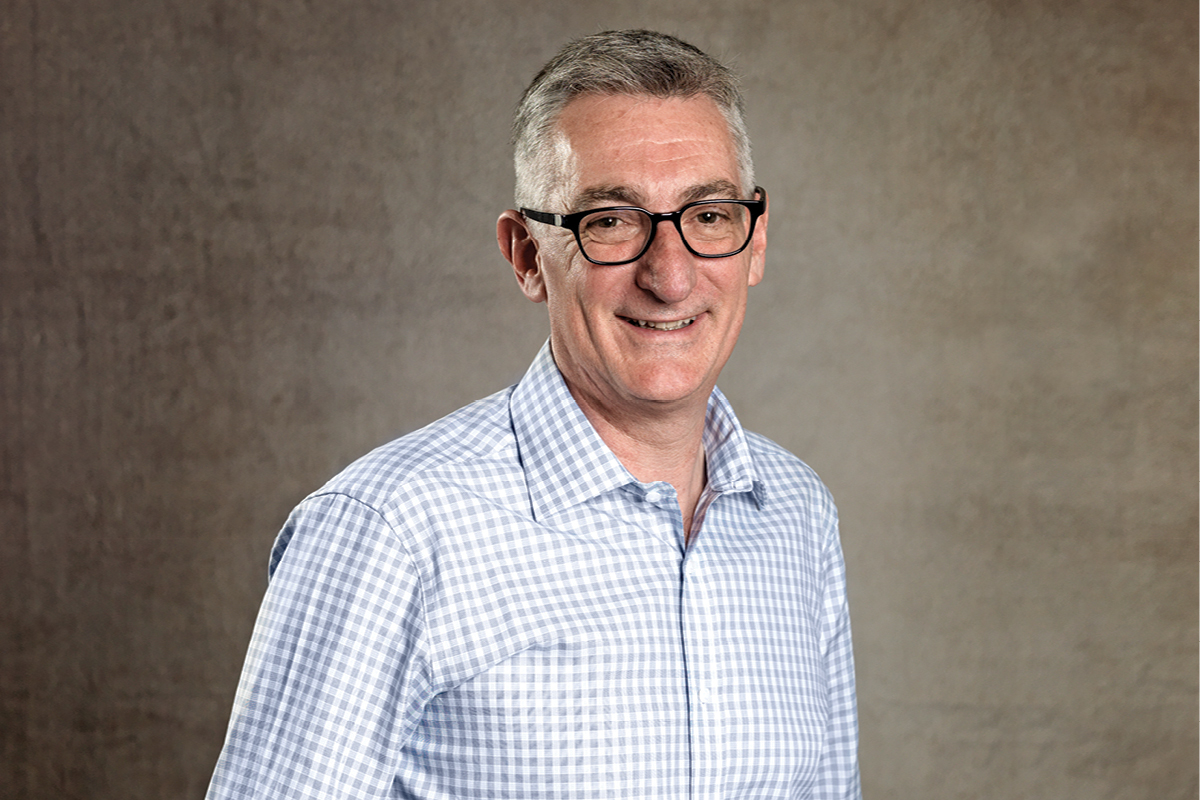 Prawns are as ‘true blue Aussie’ as the Sydney Opera House, Vegemite and stubby holders. We ‘put another shrimp on the barbie’ on long summer evenings and join the Christmas Eve queues at local seafood markets to snap up fresh prawns for our seafood platters. Australians love their seafood and so does the rest of the world.

Australia has a global reputation for premium, ethically sourced seafood. At the forefront of the prawn industry is Seafarms, an Australian sustainable aquaculture company. Under CEO Chris Mitchell, Seafarms is one of the country’s largest producers of high-quality farmed prawns.

“Wild fisheries have their limits. You can’t continue to overfish without depleting stocks and going commercially extinct,” suggests Chris. “The industry is improving all the time. We’re seeing how increasingly important aquaculture is to the world – it now provides more than half the globe’s seafood. What’s more, well-run aquaculture is sustainable.

“Australia has a reputation for having a clean and green environment. Consumers want quality seafood to reflect freshness, taste, sustainability and environmental safety.”

Seafarms’ sole strategic focus is on consolidating its aquaculture operations through Project Sea Dragon. Awarded major project status by the Federal Government, this project will deliver a marine prawn production system capable of producing in excess of 100,000 tonnes of prawns each year.

“The strength of the project is in its vertically integrated production chain,” he adds. “Project Sea Dragon takes all parts of the value chain and puts them together so we have complete control from breeding and hatcheries to processing and exporting. Prawn aquaculture is considered a sustainable food production system.”

Project Sea Dragon has established an aquaculture site at Exmouth, and will establish more at Bynoe Harbour and Gunn Point near Darwin, and Legune Station and Kununurra in Western Australia.

“It’s a very significant enterprise but it’s necessary to make sure we build, own and control the critical elements in the production process,” Chris states. “It’s highly scalable. We’ve taken everything that’s known about prawns and Australia and put it together in a compelling way.”

Seafarms faces challenges as it breaks barriers in the Australian aquaculture industry. “Australians are relatively unfamiliar with aquaculture and specifically prawn aquaculture. General unfamiliarity is one of our biggest challenges until consumers get comfortable with it,” he comments.

“There are also physical challenges of working in northern Australia but it’s a very good climate for growing prawns. There is also a massive benefit to the regional economies, particularly around the Northern Territory, where 30% of the population is indigenous. Project Sea Dragon will offer long-term jobs with a great diversity in roles and potential career paths.” 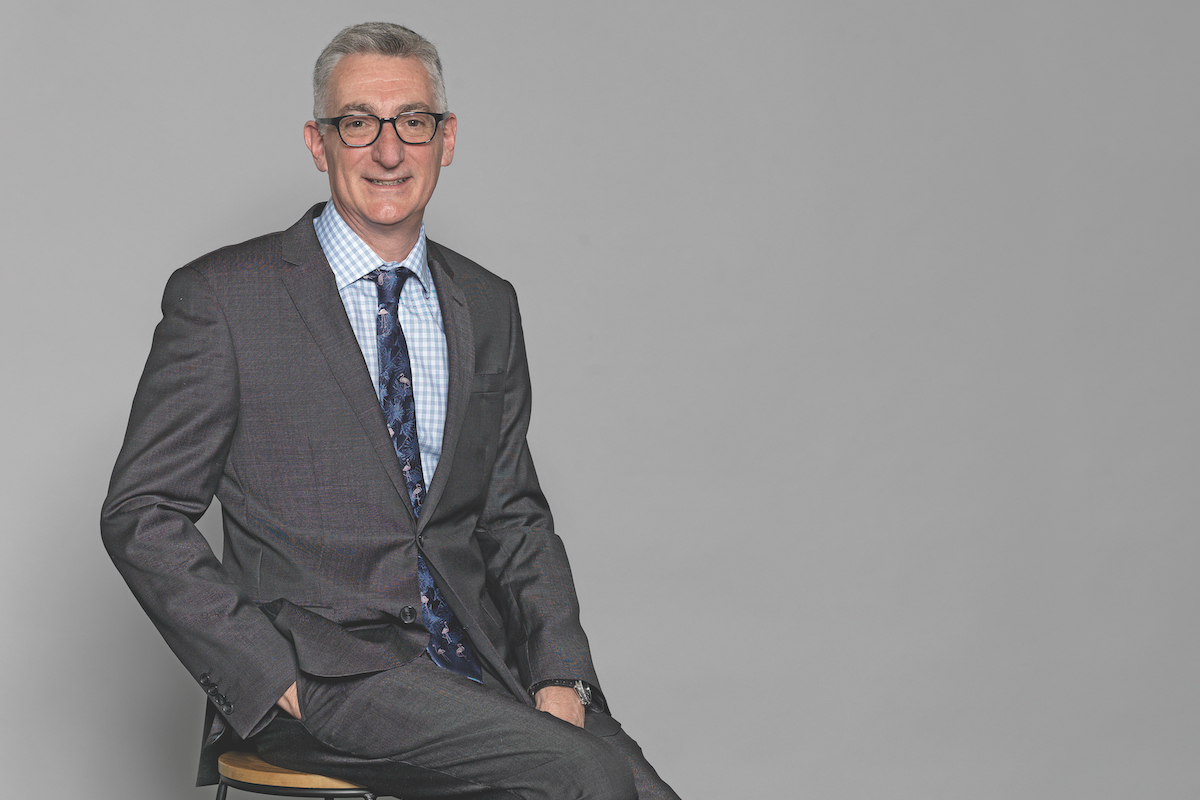 “There is a big demand for food around the world and we need to find ways of providing that food as sustainably as possible,” Chris says. “Prawn aquaculture is part of that package – globally, prawns are the second highest traded seafood product after salmon. Our Japanese partner Nippon Suisan Kaisha is one of the world’s largest seafood companies, and it accounts for around 15% of our product.”

With the exception of its farms in Queensland, Seafarms operates with the executive and board spread around the country, working on site or on the road. The Seafarms culture represents the commitment its team has to the company’s contribution to aquaculture in Australia.

“There’s a lot of real dedication within the company for providing high-quality seafood and a lot of passion and belief in Project Sea Dragon,” Chris says. “We’re all very focused on getting it up and running.”

All hands are on deck at Seafarms, particularly in respect to Project Sea Dragon’s imminent launch, and for this reason Chris is a very inclusive CEO. “My job is essentially the integrator,” he laughs. “There is so much value to be garnered from the different perspectives and experiences within the team.

“Although there are many diverse roles within the organisation, the team shares the same pride, passion and dedication to the project. I’m so proud of the team for their achievements.”

“It’s about trying to make a contribution and showing it can be done.”

He adds, “Project Sea Dragon is considered a project of national significance. For the team to work together across a very complex planning, design and approval process with such success makes me very proud.”

As the project progresses, Seafarms maintains strong partnerships with its stakeholders and the local community. “I spend a lot of time on the road talking to a range of stakeholders,” Chris shares.

“Our stakeholders include people in government, local communities, potential investors, the Project Sea Dragon team and native title holders at our site at Legune Station.”

Just as importantly, the connection and relationships with suppliers is critical for Project Sea Dragon. Proaqua is a partner of significance to Seafarms. “We work with Proaqua’s specialist aquaculture consultants. They’re doing some really interesting work, specifically with accessing global gene pools of prawns,” states Chris.

“Because we’re a small company, we’ve drawn a lot of expertise from Proaqua and science agencies and research institutions including James Cook University, the University of Sydney and the CSIRO.”

“I’m proud of the company for having the vision to embark on a project that really will make a difference in northern Australia. Not only are we benefiting the Australian economy with a diverse industry, but we also employ more than 100 people in Cardwell, which actually sustains the town economically.

“It’s about trying to make a contribution and showing it can be done.”