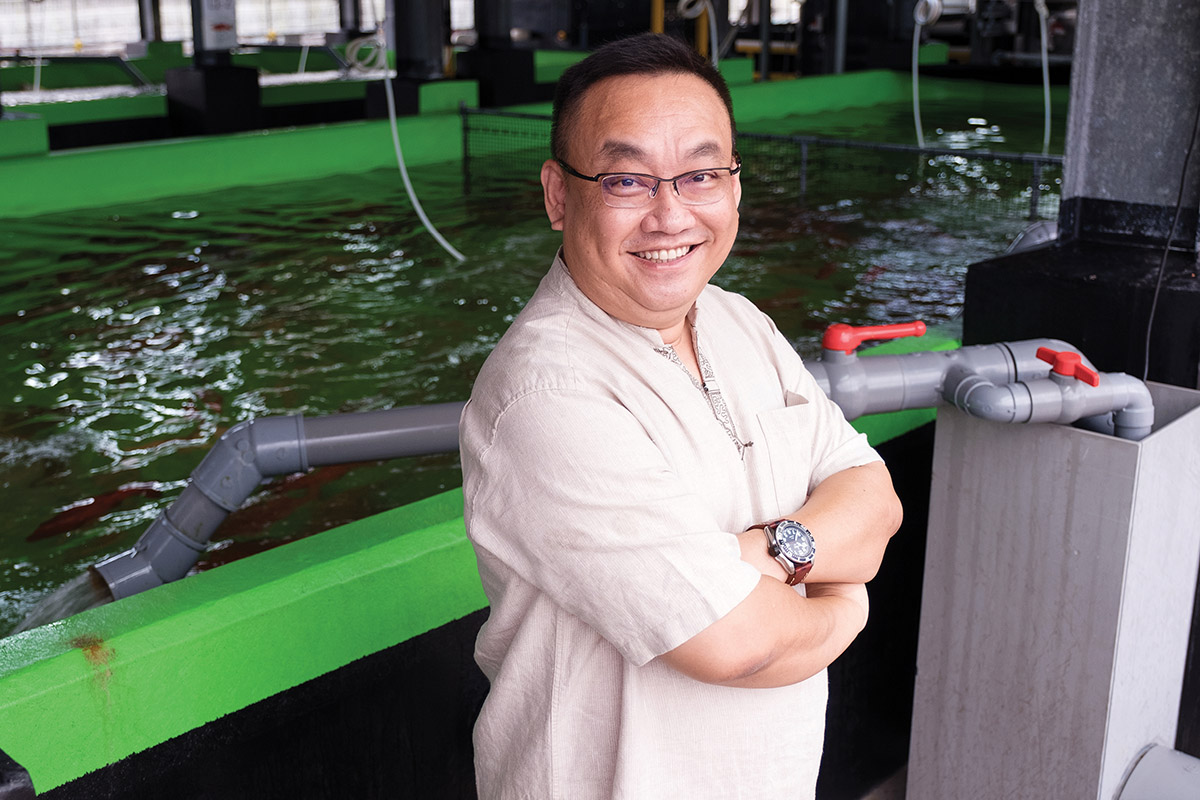 On the surface, farming marine fish inland seems a little preposterous when you live on an island surrounded by the ocean. But for Eric Ng, who wanted to diversify his father’s ornamental fish business into providing seafood, it made perfect sense.

Particularly as sea-based farming in Singapore was being impacted by harmful algal blooms and more stringent government regulations. The CEO of Apollo Aquaculture Group (AAG) wanted to head away from the sea and closer to the communities he fed, but with land scarce and expensive, he needed to think outside the square. Or indeed up.

“Fish farming has traditionally been carried out by the sea where you have floating cages,” Eric explains. “But, gradually, these operations were being closed due to environmental issues. So while farms were moving away from coastal regions, the logistics of operating and maintaining them on vast areas of land were killing the business.

“So, I started to think about building an entire farming facility in a vertical block, stacked floor by floor, like my ornamental fish tanks are stacked on top of each other. Vertical stacking would enable us to control every floor very neatly and very accurately.”

In 2009, using the prototype from AAG’s automated AquaDeck system that houses the company’s ornamental fish, and with a little financial help from the Singaporean government, Eric built a huge flat 2D commercial prototype and began studying the water dynamics on saltwater.

He admits a lot of fine-tuning was needed before the water was successfully recycled using AAG’s full recirculating aquaculture system and ready to safely harbour edible marine and freshwater fish. What seemed like an outlandish, almost impossible dream at the time is now a successful reality, with Eric becoming the first in the world to farm fish vertically in 2015.

The three-storey automated farm, with each storey boasting two 135-square-metre ponds capable of holding 44,000 fish, was built in Lim Chu Kang. Another eight-storey facility will be built in the area by 2023 and another at Sungei Tengah.

Today, the farm produces nearly 3,000 tonnes of fish a year, including hybrid grouper, coral trout, white and blue shrimp, as well as freshwater sturgeon, catfish and tilapia. The farm also has the capacity to stock crabs imported from Australia and lobsters from Canada and South Africa.

Seafood is also sold live to the public from retail premises in the north east at Seletar. Customers can choose their live fish and have them cleaned and cut while they wait.

However, to understand the enormity of the challenges Eric has faced over the past couple of decades, you have to go back to 1969 when his father, Yong Hock Ng, founded AAG as an export business for ornamental fish including guppies, neon tetras, mollies, koi, swordtail and goldfish.

Singapore’s aquarium fish industry was booming and Eric remembers spending his school holidays and weekends helping his father with packaging, cleaning the tanks or replenishing them with fish sourced from around Asia.

“Tropical fish are a very unique thing to our region,” Eric explains. “From Indonesia, Malaysia and Taiwan, we have many, many beautiful multicoloured uniquely Asian freshwater species. Singapore was like a one-stop hub, where fish were exported to other countries around the world.”

However, while the business thrived, Eric was not so enthralled and was about to head to Australia in 1995 to further his studies when his father sat him down to “encourage” him to work in the family business. As the only child, he admits there was a certain amount of pressure, but along with a strong sense of responsibility, he also had ideas.

I started to think about building an entire farming facility in a vertical block, stacked floor by floor.

Lots of them. However, it was joining the company armed with an arsenal of strong opinions that proved to be his biggest battle. He found the logistics of the job tedious, a relentless commitment to maintaining clean tanks and steady water temperatures, feeding the fish and ensuring they survived packaging and the flights to their new homes. “It was basically 24/7,” Eric recalls.

“Every day, half of the manpower was used at the fish house, draining the water, scrubbing the tanks, filling them back up again to exactly the right water levels, feeding the fish. It wasn’t very interesting at all. I had to be at the farm at about 5am and wouldn’t really leave before 8pm, which meant I had no time to meet up with friends.

“I didn’t want my entire life to be stuck at the farm and I became very, very demoralised. I suggested we automate, at least with feeding and changing the water, but that’s when the arguments started.”

Unable to convince his father technology was needed for change, Eric left to enter the construction business, before returning in 2003, having made a conscious decision to put more effort into understanding the whole dynamics of handling fish. He also made inroads with his father and slowly Eric’s ideas for automation were introduced. 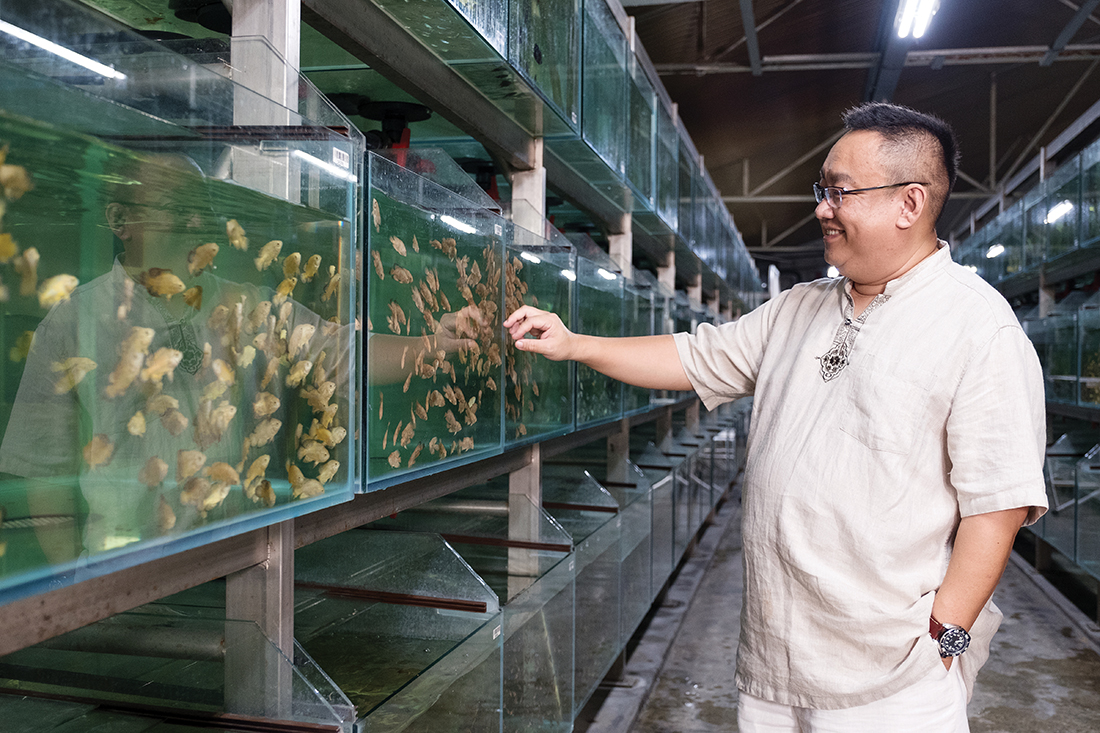 Today, Apollo’s ornamental fish are housed in a system called AquaDeck, a fully automated integrative, multi-tiered aquarium system pumped with recycled water. Most of the spawning of these freshwater river fish is done on traditional farms in Malaysia and Indonesia with the fish quarantined in Singapore on arrival.

They are tested by expert staff using molecular tools to diagnose any possible viral disease or parasitic and bacterial infections, and only the most robust and aesthetically desirable fish are chosen for export. Once bagged they are checked for intact fins, strong colours, correct size and species before being boxed for export.

“These bags are oxygenated with exactly the right levels of water to ensure they survive the trip,” Eric says.

“If you don’t understand the fundamentals, they can die very quickly.” Determined to maintain his father’s legacy, the export of ornamental fish makes up 50% of the business, with the production of live seafood providing the other half. Eric admits that handling live fish, for aquariums or food, is tricky. They’re notoriously sensitive creatures and he remembers well his early days working at AAG when fish were processed more manually and therefore prone to more stress. “Human emotions could affect them,” he says.

I can offer staff much more job satisfaction … I now look for people with passion.

“For example, a staff member’s mood could be affected by an argument with his wife, which meant he’d be very rough in the handling. Or when you knew your friends were going out and enjoying themselves while you were at work. You’d be blaming the fish for being stuck there working and the fish would get it.”

Today, even with the help of automation, fish still require some handling, and expertise is needed to ensure they’re not stressed or damaged while being caught and contained for transportation. “The fish we farm for food are packed individually into black opaque plastic bags pumped with oxygen and sealed by rubber bands before being placed into chilled water in our trucks,” Eric says.

“Throughout the entire journey, they are kept in the dark, which keeps their stress levels low and then only the bag is lifted out when we drop them at a restaurant.

“It’s much less human intervention than it used to be, which means they do not have any abrasions on their skin, tails, fins or lips, damage which can occur when they’re taken from sea cages. Our fish are pretty perfect and the restaurants recognise this.”

While Eric agrees that science mimics natural environments and produces the data to ensure accurate temperature control and water levels, and that automation ensures the fish are fed and tanks are cleaned, AAG is still very much reliant on people. 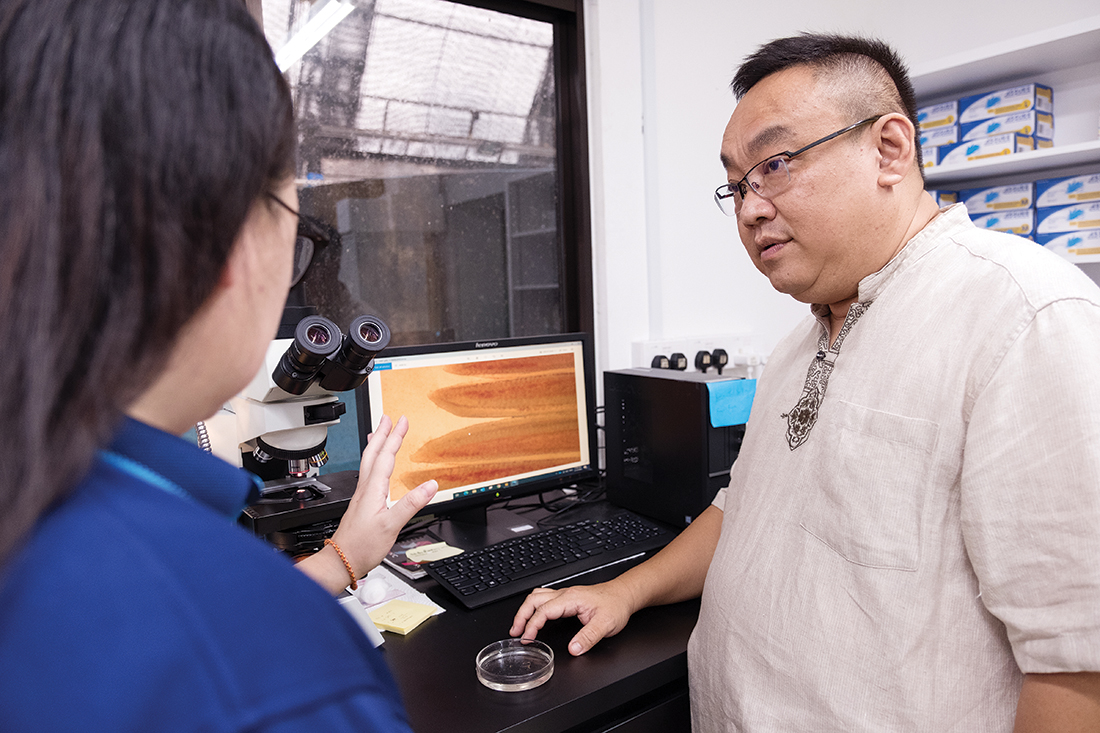 “They are needed to identify if a fish is sick, or something is not quite right with the water, whether it needs changing to refresh the fish,” he says. “It’s both a science and art, and if you are lacking in either one, you won’t be successful.”

Eric modestly acknowledges the success of operating his vertical farm on a much smaller footprint; however, it’s the inspiration he’s drawn from achieving something seemingly impossible that satisfies him more. Looking back on the past and what used to be a thankless job, Eric now looks towards the future with optimism and the confidence that AAG is somewhere young people will want to work and feel they have exciting career options.

“It was always difficult to hire young people because of the nature of the work,” he confesses. “But if you have the foresight to achieve something which was seen as impossible in the past, you naturally want to push things ahead and do more.

“Today, from a hiring perspective, I can offer staff much more job satisfaction than working in exposed weather conditions feeding fish, scrubbing tanks, and draining and filling them. I now look for people with passion; people I know I can develop and encourage. That’s our future.” 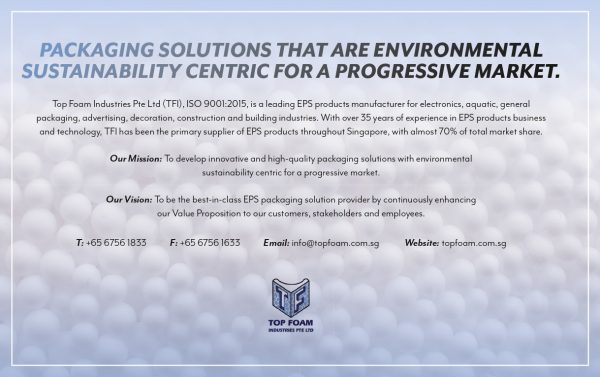 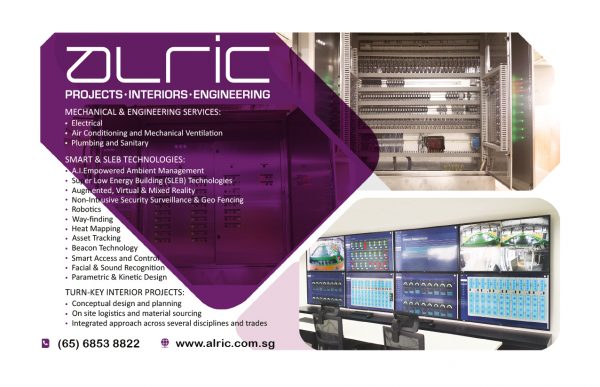 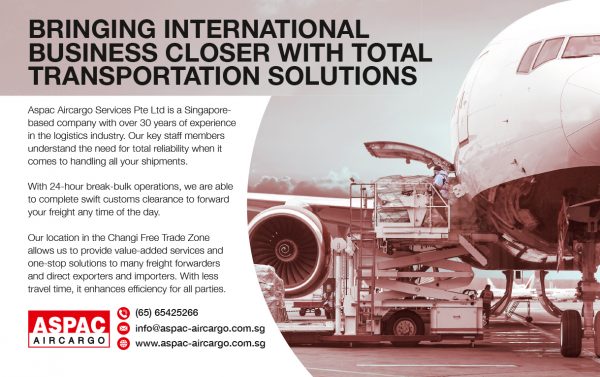