In the Lap of Luxury: Franco Savastano 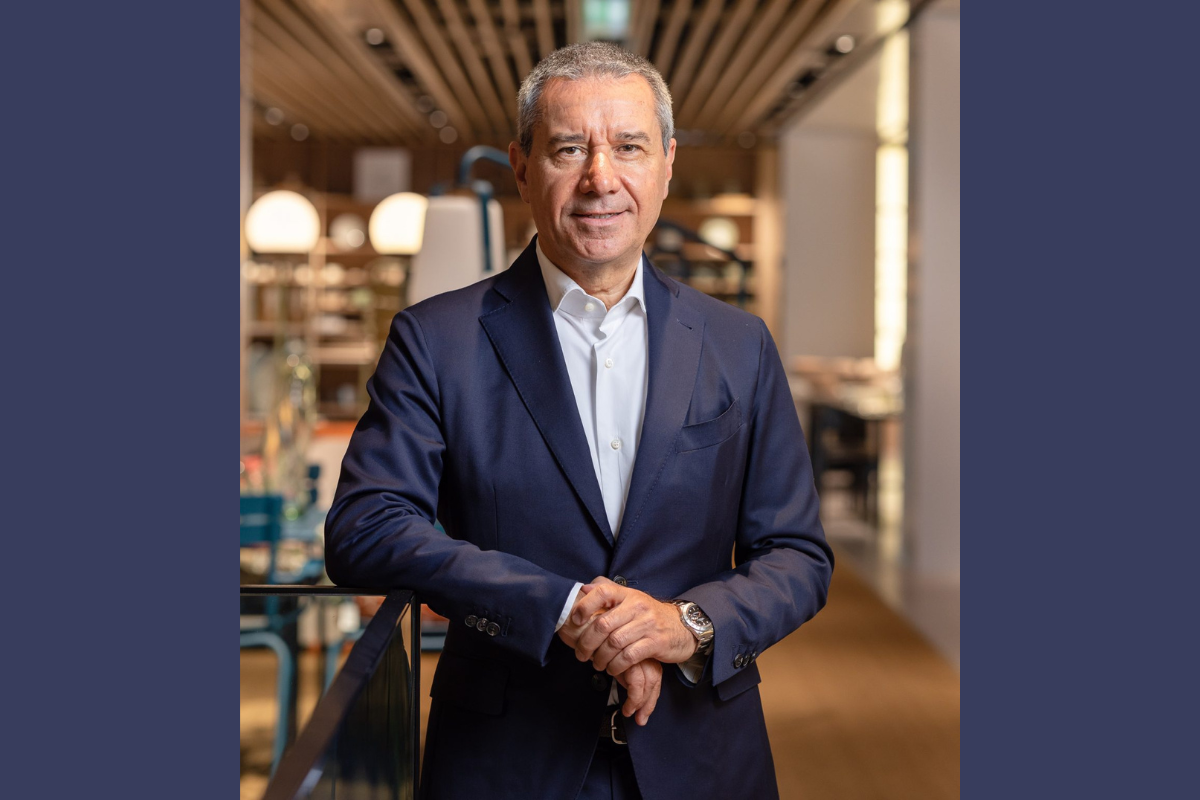 The shopping Shangri-Las of Europe are among the most extravagant in the world. They’re also the most cutting edge – retail meccas in all four corners take their cues from the European high streets.

And chief among the brands on those highest of shelves is Globus. With origins that date back nearly 130 years, the Swiss brand has long been synonymous with luxury, thanks in large part to its high-end culinary offerings. For those in the industry, Globus is aspirational.

Franco Savastano’s entry into the world of luxury retail was in the Head of Buying role for multi-brand retailer Bongenie-Grieder. Even after 11 years with the company, including time on the Executive Board, Franco was just getting started. A seven-year stint as CEO of Zurich department store Jelmoli followed and then, in late 2019, Franco received an offer to join Globus as CEO.

That same year, Globus’s then-owner, supermarket chain Migros, put the brand up for sale. Franco admits the potential purchase may have been daunting to window shoppers. “A generation ago, when a department store opened its door, customers came in, brands came in and employees came in. Very easy. Today, if you open a door, nobody comes in. Employees, brands and customers all say, ‘Everybody has a door. What makes yours so special?’”

Globus’s answer to that question was a complicated one. “Our brand was headlined by our food, home and beauty departments, but I felt Globus had fallen short in fashion and accessories,” he says. “This was my role when I arrived, coming from the background I had, to determine how we could amplify our sense of luxury and attract more A-list brands.” 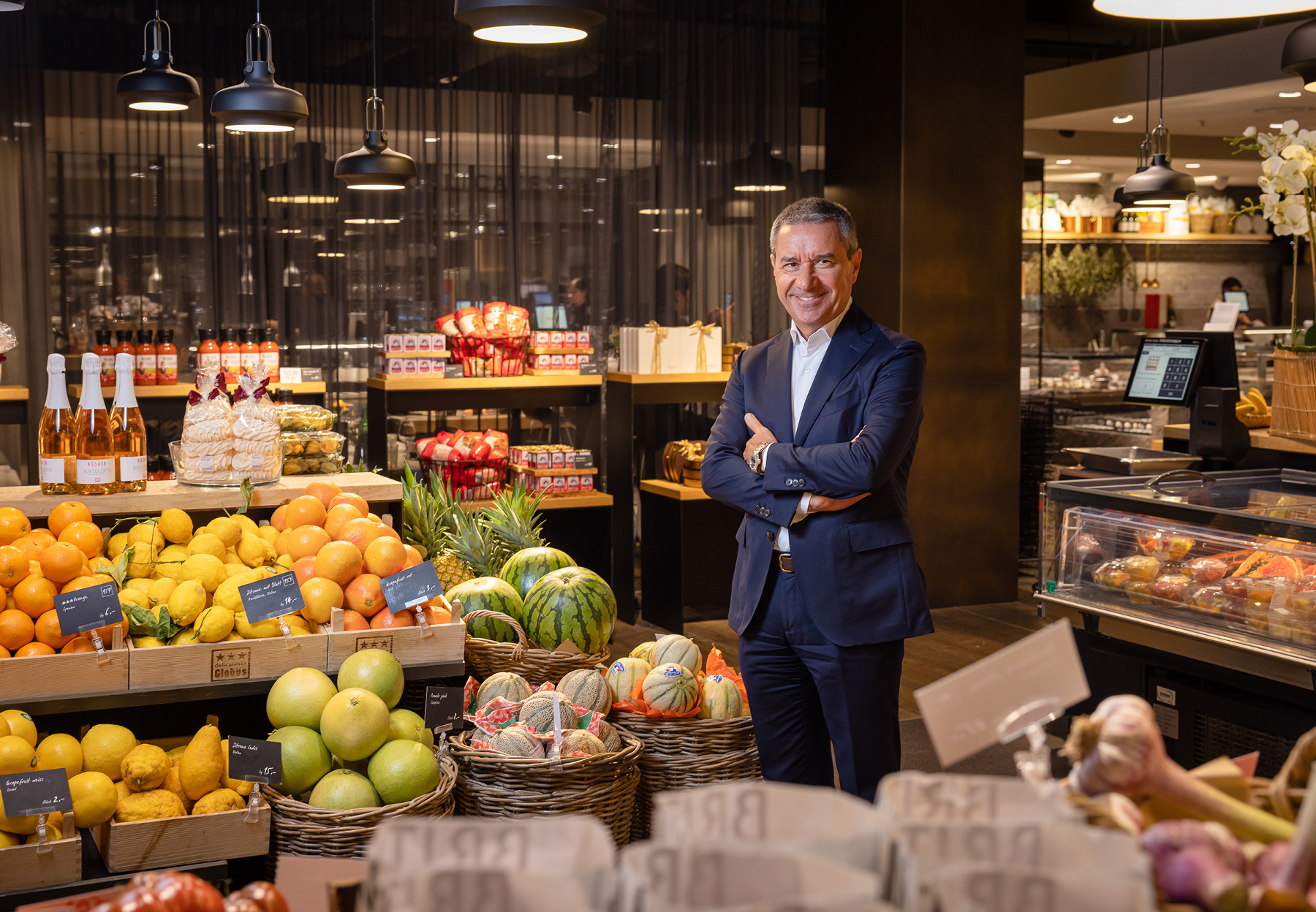 There’s an Italian saying that it’s the destiny of some to manage crisis.

Franco immediately went to work, assessing the line-up across Globus’s nine bricks-and-mortar stores and its website. “What was helpful was my experience within the industry,” he says. Since the sale, Globus has become a member of SIGNA and Central Group, which includes KaDeWe, ILLUM Copenhagen, the Selfridges Group and La Rinascente Milano – the owners of which Franco was already familiar with.

The stocktake began in Zurich but as the change spread to Switzerland’s other cities, Franco’s knowledge of the country’s regional demands was another asset. “Yes, the country is small, but regional tastes are completely different,” he says. “Geneva is different to Lausanne, Bern is different to Lucerne. Some are closely aligned, but there are still differences, and retailers need to get that right.”

The sale of Globus to Signa and Central Group went ahead in February 2020. “And then, immediately after came the lockdowns,” Franco says. “We had to manage the COVID-19 situation, we had to manage new owners, a new strategy that was completely different from the old one. It was a big challenge for everybody.”

That kind of paradigm shift wasn’t entirely unfamiliar to Franco. His tenure with Bongenie-Grieder began in mid-2001, just months before the turmoil of 9/11. “And when I moved to Jelmoli, it was right before the collapse of Lehman Brothers,” he says. “There’s an Italian saying that it’s the destiny of some to manage crisis, but I hope that won’t always be the case for me.”

Managing a crisis is one thing; planning for the future is another matter entirely. For Franco, finding the balance between the two has taken centre stage during his time as CEO. “You have to think of the new owner and their investment, and what happens after the next decade,” he says.

Even for a company as old as Globus, a decade is still a long time. “One thing that’s always fascinated me about department stores is that for a long time they were a place where people came together,” Franco says. “They were an experience – brands, food, some entertainment. That concept, I would say, has been lost in the last decade or so.”

Yesterday’s meeting point is today a delicate construct of the right brands and the right service. Get one wrong and it can fall apart quickly. “In the last few years, customer demand has increased sharply,” Franco says. “To stay on top of those expectations, especially considering the online side of the business, is a matter of reflection. You have to pinpoint the reason people come to you.”

So how to build a house of brands? Globus had distilled its strategy down to eight points, which Franco whittled down further to four. “First and most important, we care about our people and their talents. We look for the right people that understand the new world and its philosophy.

“Next, investments. We have a very large investment program for our stores, which are undergoing refurbishments. By making the stores more inviting, we can bring new brands into the stable, and this is the third pillar.”

I’m in an open space; I have no door. I’m with my people, and together we can be transparent and learn from each other. That’s the future.

The fourth pillar is, as it is for so many businesses, taming the digital frontier. “We have a very strong online business, and that allows the customer to be in touch with you as a brand 24 hours a day. That’s a powerful tool and we want more time to improve our future offerings in that space.”

And then there’s the matter of being the one in charge of putting all those pillars in place. The secret, Franco says, is finding time in his agenda for no agenda at all. “Even if that means managing meeting by meeting and setting aside an hour to go for a walk by the lake, eat a hotdog and take some time out, that’s important,” he says.

“And not just for me, but for the team as well. If you’re always talking about the moment and the crisis, people need to know you also have a vision for the future. That’s how you can be an example to your team and attract talent. You have to manage an agenda and you have to take a little bit of time out.”

When Franco speaks of the old world of doors, it’s without lamentation. “I came from a world where I had an office, a secretary, a door. Now, I’m in an open space and I have no door. I’m with my people, and together we can be transparent and learn from each other. That’s the future.” 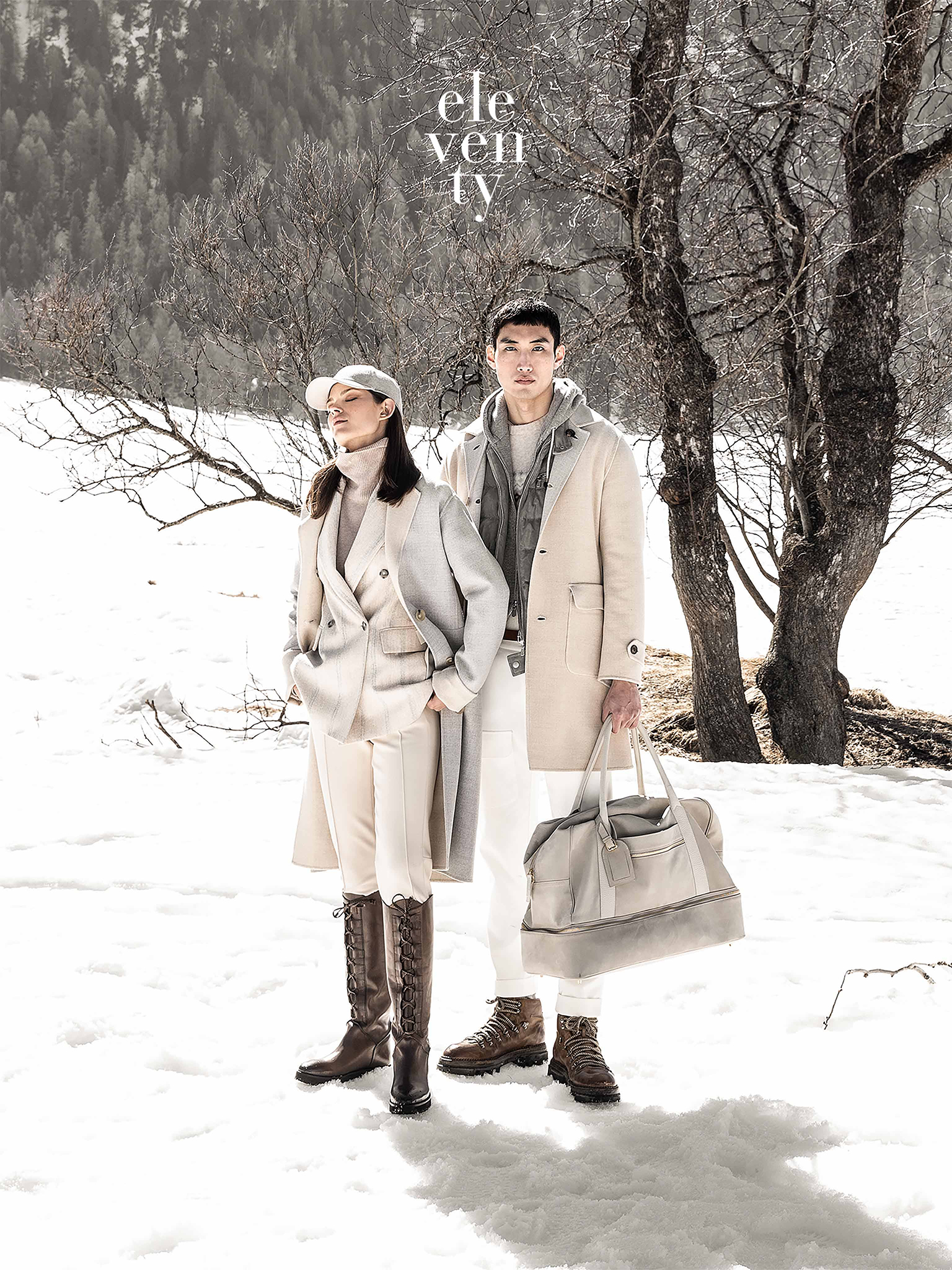