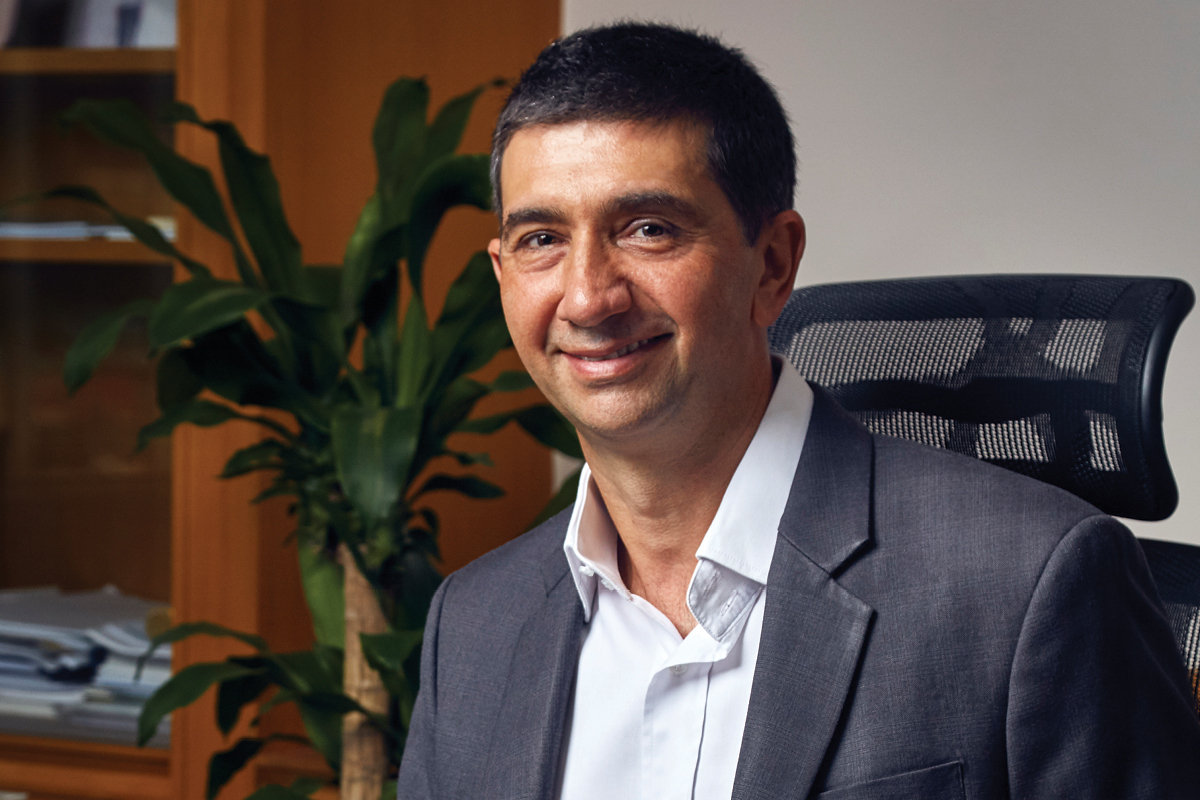 Talaad Thai is something of a trailblazer in the world of agricultural markets. For example, it’s been praised as one of the few in the region that doesn’t use illegal foreign labour and it’s also the largest of its kind in South-East Asia.

But CEO Graham Sanders doesn’t see Talaad Thai’s status as permission for the market to rest on its laurels. He’s keen to continue Talaad Thai’s reputation for leading by example.

Talaad Thai has launched a Good Agricultural Practice (GAP) program to assist the government and the farming community’s growth of sustainable products with certified international protocols. It’s been a gradual rollout with 2,000 farmers in August, but Graham is confident that growing demands for safe, traceable produce will see substantial long-term growth in GAP produce volume.

“The whole GAP process is rigorously documented,” Graham says. “The result is locally grown food that’s safe, traceable back to the farm and that consumers can be confident in. This is a very important program for Thailand. The government has been pushing it for around 10 years and with a large business such as Talaad Thai behind it, we are confident it will get real momentum.”

As it stands, only 2% of the vegetables grown in Thailand are both GAP-accredited and for domestic consumption – a clear majority of vegetables grown under the program are exported. But Graham hopes that Talaad Thai’s adoption pushes widespread involvement throughout the region. To ensure visibility and understanding of GAP, Graham is also implementing a QR code system for the consumer to access information on the origin of and process behind accredited products.

Transparency is not just behind Graham’s approach to the consumers. “We are building a culture of transparency throughout the business, with respect to the decisions made by the management and team,” he says. “We are also building a culture of realism. Decisions based on false realities is very destructive in any business. People can fall into the habit of sugarcoating how a situation actually is.”

In the five years that Graham has been CEO, it seems hard to imagine there has often been cause for bad news. Since he signed on, Talaad Thai has undergone a comprehensive infrastructure upgrade. All lighting in this one-million-square-metre complex is now LED, three new water recycling plants have been installed (reducing water consumption by 80%), stormwater drainage has been installed and the waste management system rebuilt. New buildings have been constructed with the capacity for solar panels, significant refrigeration capacity added and a container yard that handles 10,000 containers per year. The business is now upgrading its IT systems and digital capabilities as part of Graham’s efforts to transform Talaad Thai from a “rent-collecting business” into a “service-providing business”.

“We have 3,500 tenants and over 20,000 buyers daily. Each day we have over 100,000 people on site so it is essential for the longevity of the business that we develop a fierce and genuine service mentality. We need to embed in our DNA that our business will only do well if all stakeholders – tenants, buyers, farmers and the like – have strong viable businesses. We are making good strides forward in this area,” explains Graham.

“Our role is to provide access to the marketplace for farmers,” says Graham. “The structure of the farming community in Thailand is such that there are many small farms. These small farms really do not have access to the supply chains of the big retailers. You’ve got Big C, Tesco and the other big supermarket chains here, who have quite sophisticated supply chains. Small farmers are not, themselves, sophisticated enough to integrate with those supply chains, so they’re locked out of what we call modern trade.” 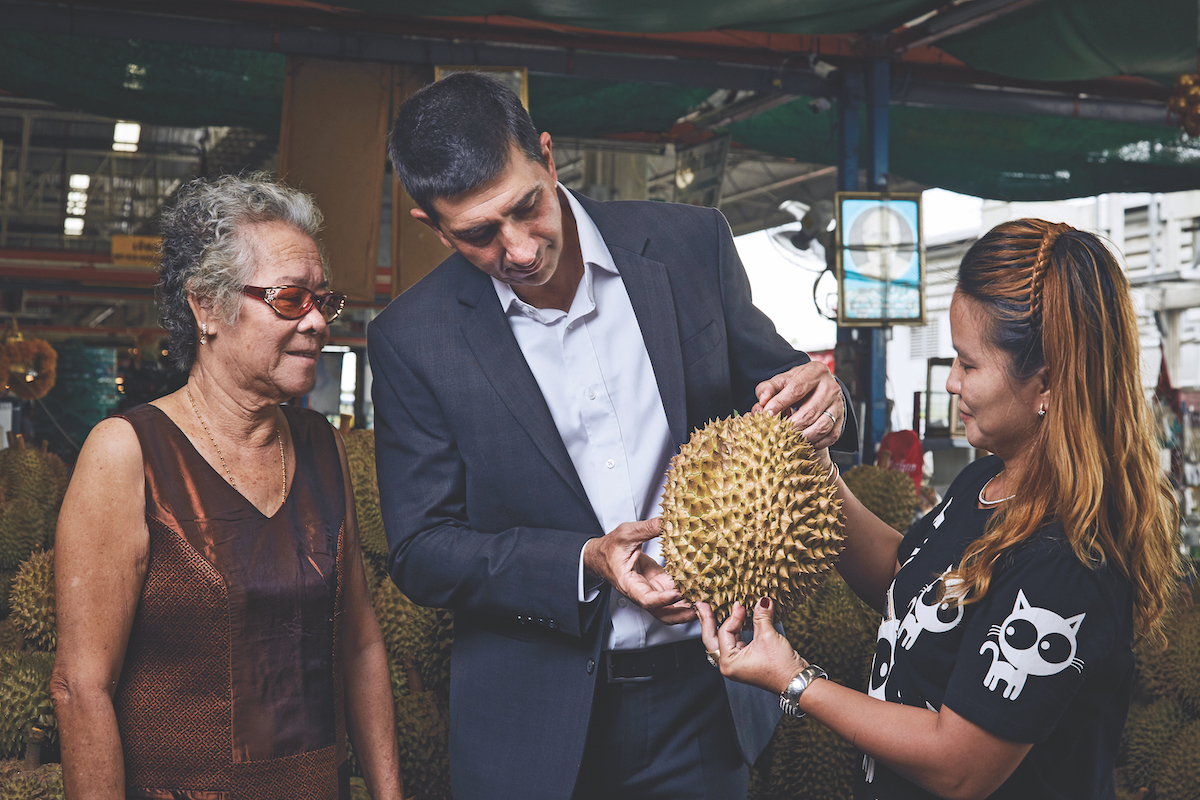 Graham sees the market’s responsibilities as integral to the Thai agricultural sector; indeed, Talaad Thai sees 10,000 tonnes pass through each day, and the product value is somewhere between one and 2% of the national GDP. “In Thailand, about 40% of the country’s workforce works in agriculture-related sectors, so to be able to help those people is already significant,” Graham explains. “If we can improve the market where they trade, make it more efficient, help them get in and out and get business done quickly, that’s significant.”

While Graham and his team are working to upgrade and improve Talaad Thai’s existing facilities and service offerings, he is aggressively pushing the business into new areas. Although its huge wholesale food trading complex will remain as its core, Talaad Thai will soon add modern refrigerated logistics facilities to aid food product distribution. The new facilities will offer warehousing, packaging, order assembly, cross docking and distribution, and cater to both traditional and ecommerce supply chains.

The effort to totally modernise and enhance the role of Talaad Thai requires only the best team to support it. “Getting the best people around you is invaluable,” says Graham. “It’s a false economy to try and save on the people you have.”

Now that he’s operating with a team of the best, Graham’s next step is to drive innovation, new ideas and ways of thinking. To do this, he’s encouraging a non-hierarchical structure at Talaad Thai. While this may be difficult, given the nature of Thai corporate culture, Graham wants to ensure that good ideas come from any level of the company, whether from the shop floor or his own office. Thus, Talaad Thai will be able to welcome the kind of innovation and evolution that has marked the last five years.

However, Graham has not lost sight of Talaad Thai’s core mission. “We’re systemically important to Thailand as a trading platform,” he says. “When you recognise that a few hundred thousand families rely on us to access the market, you can see how fundamental it is to Thailand. Through all of the changes, this remains constant.” 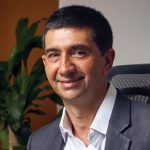