“I have a passion for learning.”: Jeff Rowe 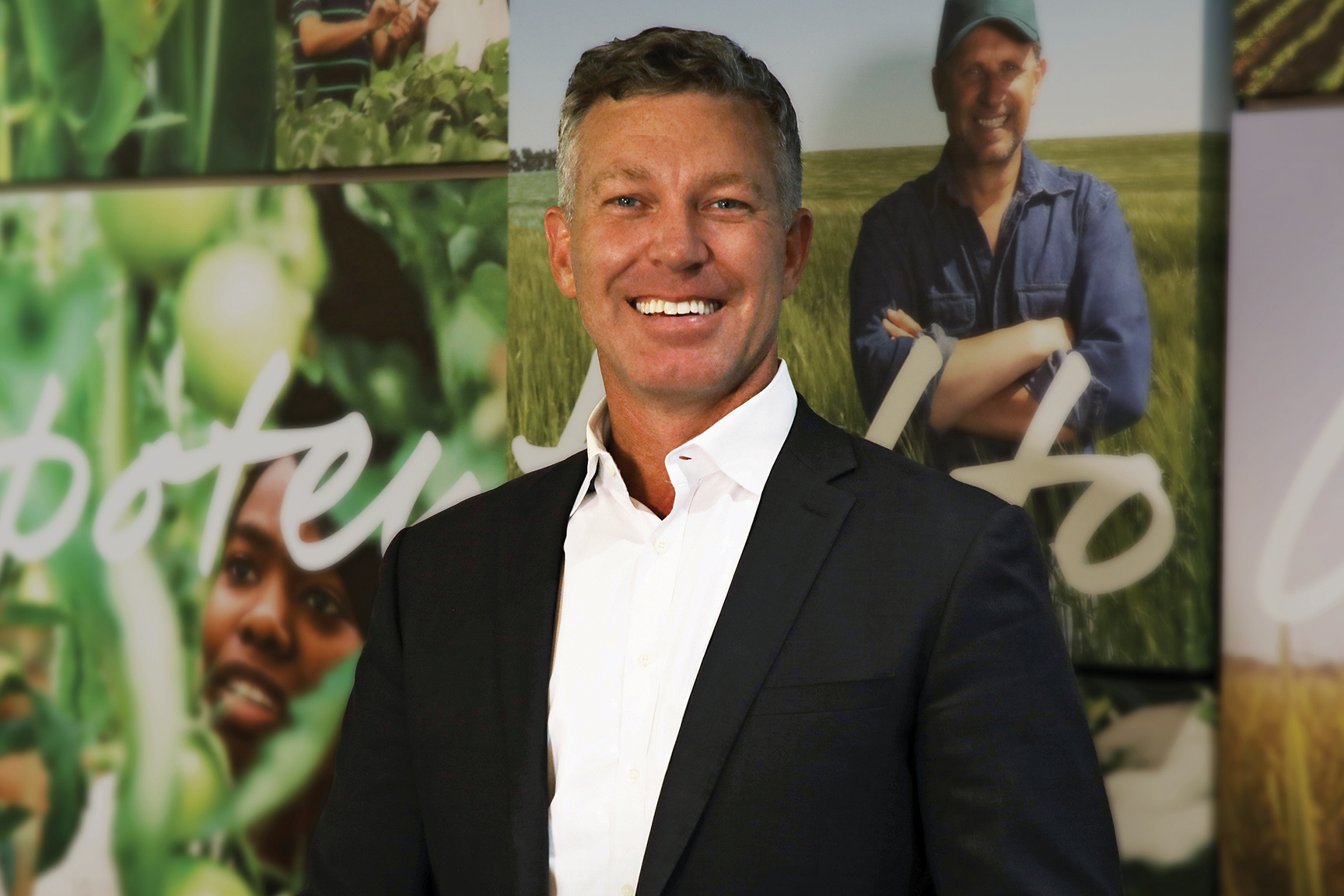 Jeff Rowe refers to himself as a lifelong learner who loves to live life on the border between comfortable and uncomfortable – it’s something he’s done throughout his career. “I’ve always enjoyed challenging myself, whether that’s through jobs, where I’ve lived or by completing different degrees,” he says.

“I have a passion for learning new things. “I have an undergraduate economics degree and then, in the mid-90s, I saw that science was really starting to revolutionize agriculture so I chose to enroll into a program in plant molecular biology. At the time, I was thinking that I’d like to get into patent law and so, after completing that program, I went back to school and studied law part-time. I got my law degree and started work as an attorney.”

Jeff worked as a corporate attorney for about seven years before stepping into a leadership role. Then, after completing an executive MBA, he started running a number of businesses and spent nearly five years working in Switzerland. It was an experience he said was exactly what he and his family needed at the time.

“What I appreciate about constant learning is that you start to see commonalities, particularly between business, science and the law,” he explains.

“There’s a very important intersection between those three disciplines. Maybe not to all industries, but when it comes to agriculture and food production, all those things do combine. We’re dealing with some of the most advanced science across genomics, chemistry and biology, and then there are the international laws that apply to what we do. It all comes together to create many opportunities which help farmers succeed and do more to protect the environment.”

Since coming on board at Syngenta, Jeff has been actively playing a large role in the business’s turnaround. When he joined, the seed area of the business was in a multi-year decline and the company’s CEO, Erik Fyrwald, was making decisions around how to approach the problem.

With the support of the board and the leadership team, a decision was made to emphasize the importance of seeds to Syngenta as a business, and Jeff was brought in to head up that area.

“The first thing I focused on was establishing the fundamentals of what it takes to be a world-class seed business, which included processes and systems, but most importantly, people,” he says.

“If you asked me what I was most proud of, it would be the people who came into the business. We’ve recruited more than 200 of the most talented people in the industry, as well as promoting from within, and have created a totally new culture. It’s become very innovative and open, and it’s working. We’ve continuously grown the business over the past three years and the reason for that is the team we have built.”

We need people with diverse backgrounds and industries to help us put all our data to work in a way that nobody has ever done before.

With the right foundations now in place, Jeff is turning his attention to what the future of the seeds business can look like – and it’s looking bright.

“We really want to be the collaborator of choice within the industry. We currently sit in third place and have two large competitors ahead of us, but there is an opportunity to collaborate with the entire industry,” he says. 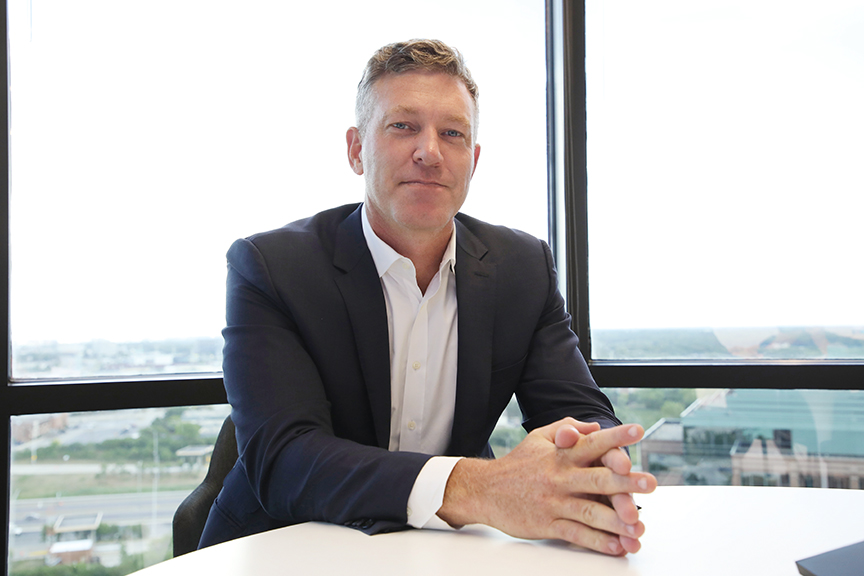 “Being able to deliver win–win deals is an important part of all industries, particularly in agriculture, which has a complex and segmented supply chain. One of the biggest growth opportunities for agriculture companies across the world is the China market. We are a Switzerlandbased global company with great connections to China. The ability to successfully partner with western companies seeking to access the vast China market is an important differentiator for Syngenta.”

While the worldwide reverberations of the global health crisis continue to be felt across all industries, agriculture remains one that needs to be protected whatever the weather. Earlier in the year, as borders closed and food manufacturing became disrupted, the world started to pay close attention to the systems in place to keep the flow of agricultural products moving.

“One of the worst things that could have happened in a situation like COVID-19 is food issues,” Jeff says. “For example, we have customers all over the world that have a seasonality to their business. This meant that throughout this crisis we had to remain focused on servicing all our customers, especially those we knew were getting ready to plant, to ensure the food chain wasn’t disrupted.”

Jeff, who also farms, flags the need to attract people from all backgrounds into agriculture. “We need incredibly smart people to be in agriculture to help us work on some of the most important challenges facing our society – how to safely and efficiently feed a growing global population,” he adds.

“For example, I’ve been pretty successful in recruiting people with data science backgrounds who have been working on complex mathematical models. It’s people with that kind of talent we want; they can help us have a more reliable and sustainable food production system.”

Syngenta has hired 40 world-class data scientists in the past 12 months and is looking to double that number this year. “We need people with diverse backgrounds and industries to help us put all our data to work in a way that nobody has ever done before,” Jeff says.

“One of my concerns is that agriculture is under quite a lot of scrutiny. Society in general was so much closer to agriculture 30 or 40 years ago; many more people were either from a farm, or one generation removed from a farm.

“Now, if you look at North America and Canada, a tiny percentage of the population is producing about 80% of food. We’re living in a time where people care more about their food, but know less about how it’s produced.”

Connecting society to understanding and engaging with where its food comes from is something Jeff is passionate about, and both he and Syngenta are poised to do something about it.

“We have a ‘Good Growth Plan’ within Syngenta, which is designed to lay out principles that are important for food production, as well as the sustainability factors,” he says. “We then use that to communicate with the public.

“We’re engaging many groups, including NGOs, consumers and farmers from around the world. Something we’re working hard on improving is helping growers tell their story. It’s one thing for a company like us to talk about this, but I think it’s much more powerful if a grower who is out there every day fighting to produce food is able to tell their story effectively. I think it’s part of our responsibility to help them do that.”