Going with the grain: John White 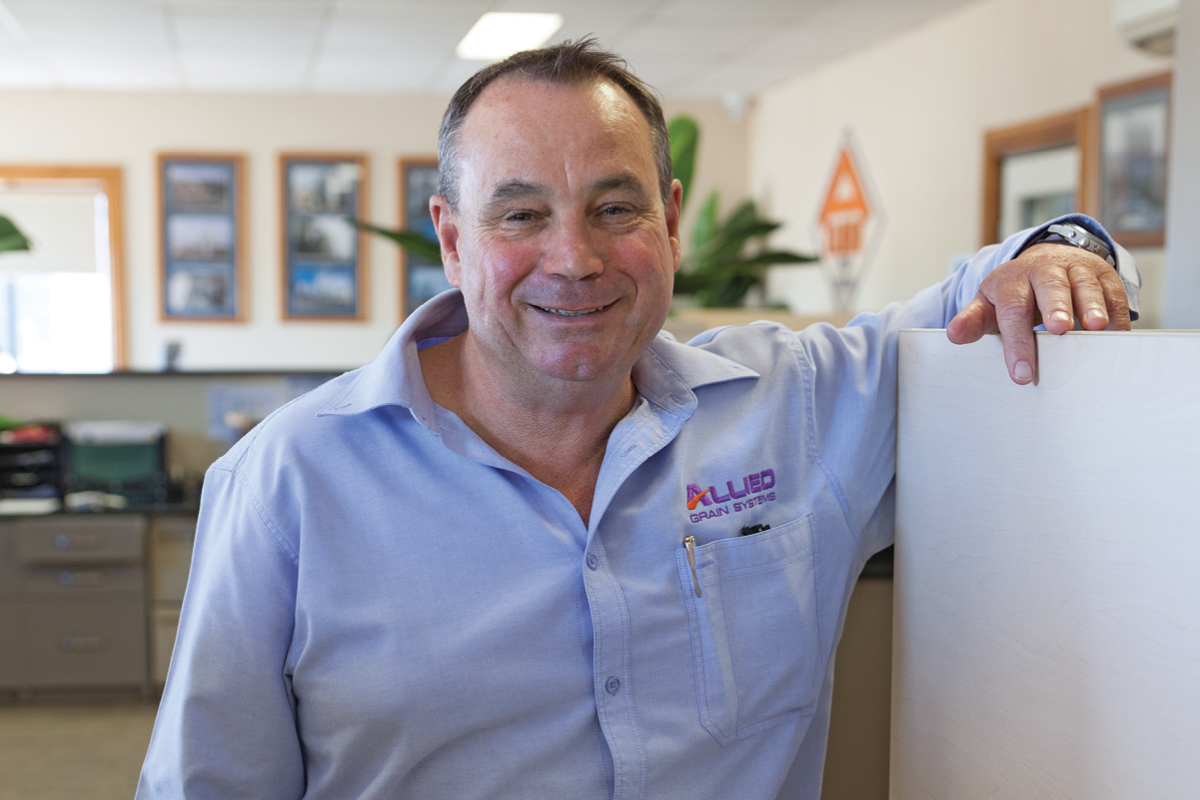 Being a forerunner in the Australian grain storage and handling industry is impressive, and leading the world in research to combat bugs is remarkable. But John White sees neither as his greatest achievement. Instead, the Managing Director of Allied Grain Systems (AGS) has a far more personal measure of success.

“It’s the relationship we have with our customers,” he explains. “They are your most important asset and if they aren’t happy, you don’t have a business.”

That relationship is what John attributes to cultivating around 65% of repeat business with customers ranging from huge commercial agribusinesses to farmers. “It’s vital,” he says.

“We build big-ticket items so we have to listen to future plans and what the needs are. We provide all the equipment needed to handle the grain, and the capacity to adapt and expand new machinery and storage is built into the designs.”

Those big-ticket items are flat-bottom silos ranging from 10,000–20,000 tonnes to cone-based silos from 2,000–3,000 tonnes. Then there are numerous grain-handling products including augers, elevators, conveyors and pumps.

“We are involved from the first drawing to completion, from initial concept designs and costings to completing a full-blown grain storage facility. It’s a relationship into the future, so our customers rely on us to deliver the best products available.”

AGS is based in Young, New South Wales, a couple of hours from where John grew up on a mixed farm at Bogan Gate. More interested in designing and building, he headed to Sydney for qualifications in mechanical engineering.

He then began work in an open-cut mine before moving on to designing and project management with National Engineering, where he cultivated strong contacts in the grain industry. Again, John relied on these relationships to launch Allied Grain Systems in 2004.

Today, the company boasts an impressive range of clientele in New South Wales, Victoria and Queensland, where it has an office in Toowoomba, with GrainCorp, Barrett Burston Malting and Cargill among them.

“We have just completed a two-year, A$95 million project for Malteurop in Geelong, which we had a large part in, constructing 17 commercial silos at the plant to increase the company’s annual malt output from 80,000 to 200,000 tonnes, making it the largest malting site in Australia. AGS is also heavily committed to R&D and is recognised as a world leader in the development of sealed silos, which mitigate the loss of vital fumigants. “The concentration levels of gas needed to kill bugs must remain high,” he explains.

“If those levels decrease, the bugs survive and become resistant, not only eating the grain but, if they’re detected at export, the load is rejected.” 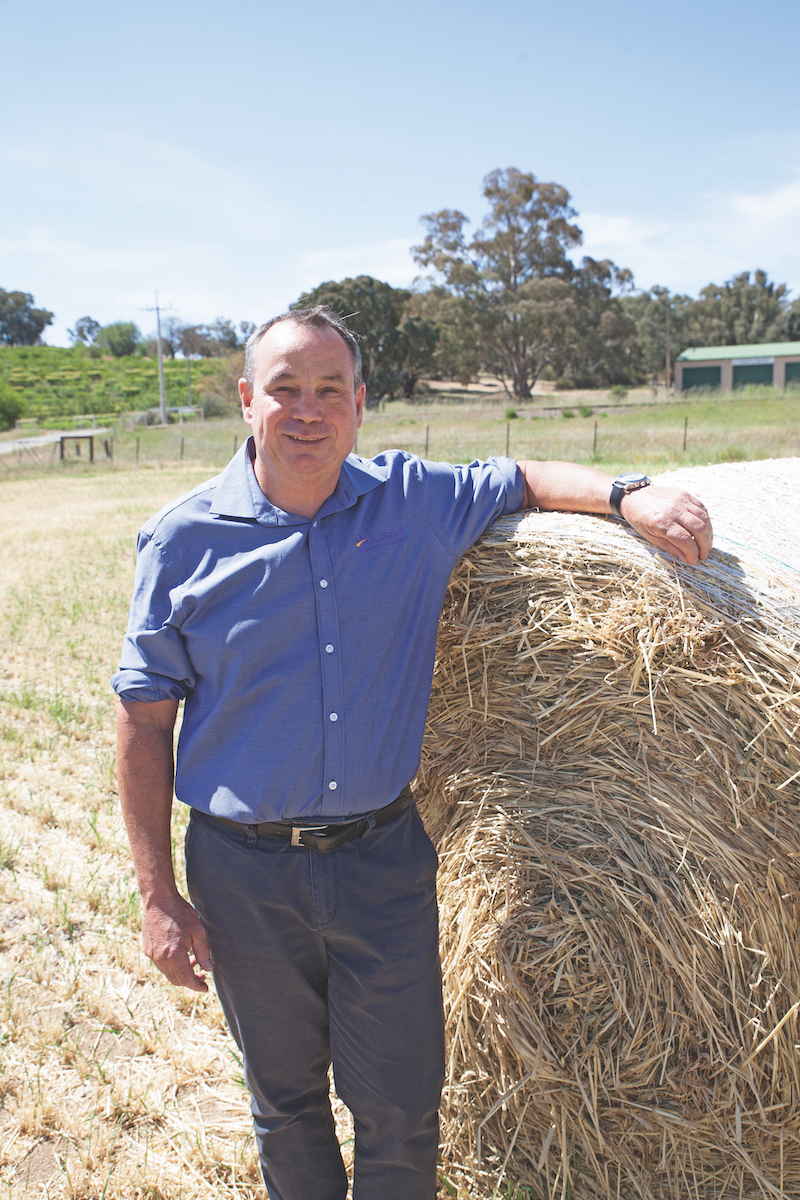 John is still very involved on a personal basis with his customers, and admits his team has had to work very hard to support Australian farmers struggling with the drought. While AGS has been impacted, John is proud to say it hasn’t regressed, but that is no great consolation when he sees his clients suffering.

“They are our friends,” he says. “We are like one big extended family and I really have a lot of empathy for what some of them are going through. But what I’ve learned this year is how resilient the agricultural community is. They’re a robust group of people, quite positive, and they show a can-do attitude.”

John has similar admiration for his own staff, a team of about 60, whom he credits for giving his company an edge over others. “While it’s fair to factor in a lot of things, the advantage we have is our employees,” he says. “We have really good, dedicated staff all focused on providing our customers with the best possible product.

“The motto we run by, 100/0, means 100% responsibility and zero excuses. Our managers adopt that approach and instil this with the people in their team; it makes everyone’s job easier and our company stronger if everyone tries to take 100% responsibility every day.”

John enjoys working with young people, loving the vibrancy and enthusiasm they bring to the company. He’s also a fan of social media, and in particular the Allied Grain Systems Facebook page, which keeps followers from across Australia informed about the company’s latest news, projects and developments.

“There are farmers out in their paddocks on big machines, day and night, on auto steer, sitting there with time on their hands,” he explains. “A lot of them are young guys who like technology and get on their phones, so we’re trying to engage them. Every Friday we have Mates In Grains, which showcases the stories of men and women working in grain, and it’s going really well; we’re getting a lot of good feedback.”

With development applications already approved to double the workshop capacity at the head office in Young, John says there are big plans for the future.

“We want to expand our Toowoomba branch and establish more of a footprint into South Australia and Western Australia, where we have current projects,” he says. “I really enjoy designing and building things and being part of a company that’s growing and going forwards. I just love achieving goals.” 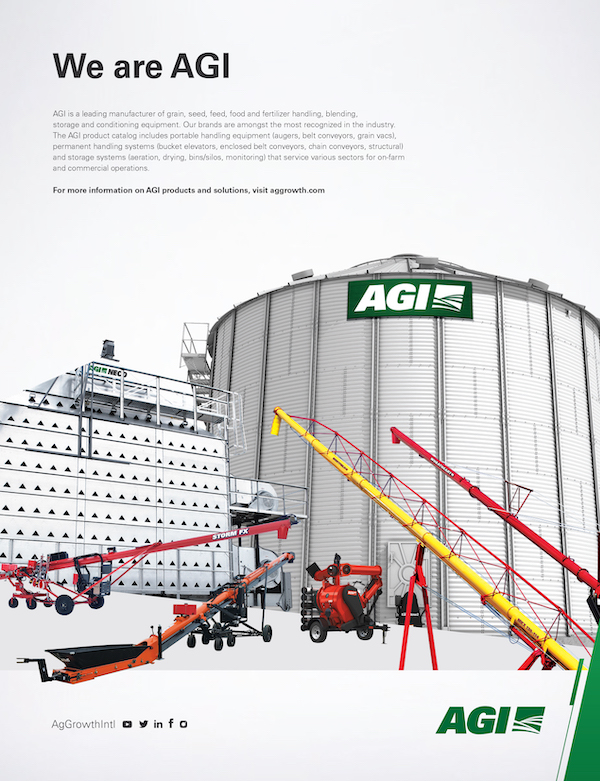