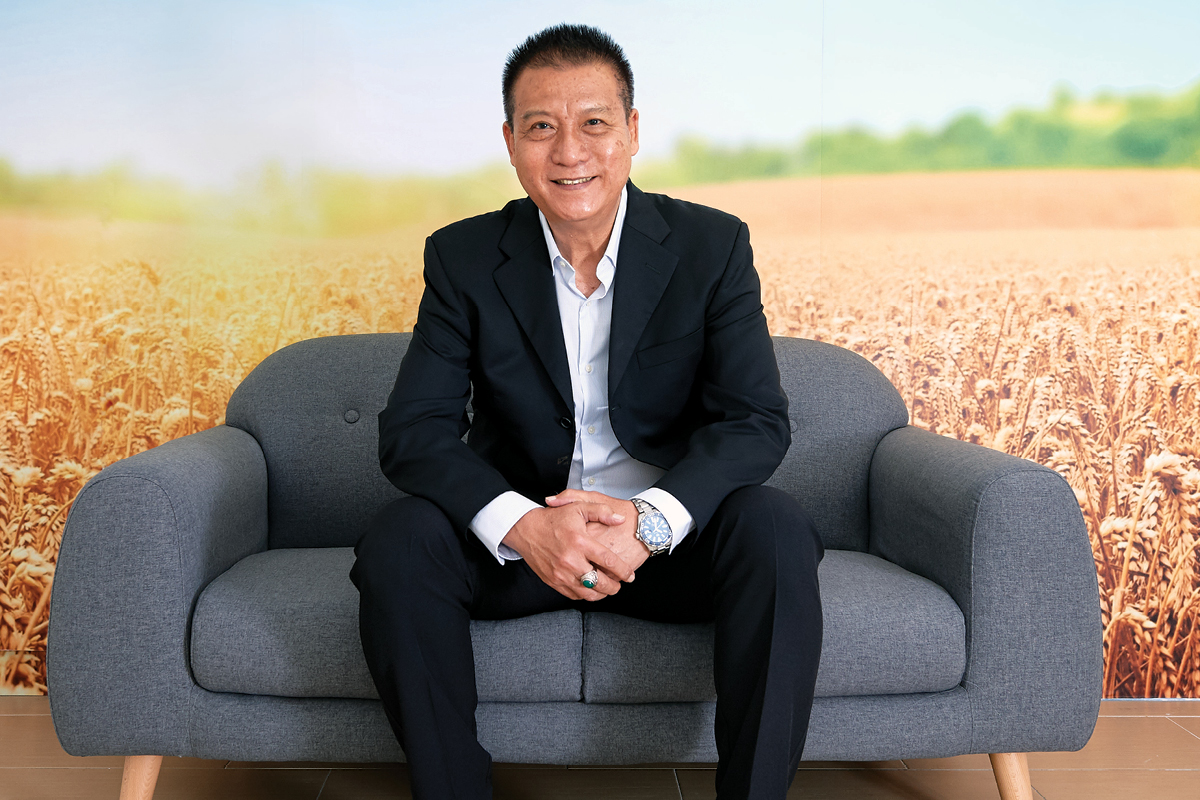 Interflour Malaysia CEO Ricky Tan Tian Tiong has a simple explanation for why he has stayed in the flour industry for more than three decades. The son of a supervisor at a pineapple canning factory and the second of nine children, he grew up poor, leaving school at an early age along with three other siblings to help support his family. 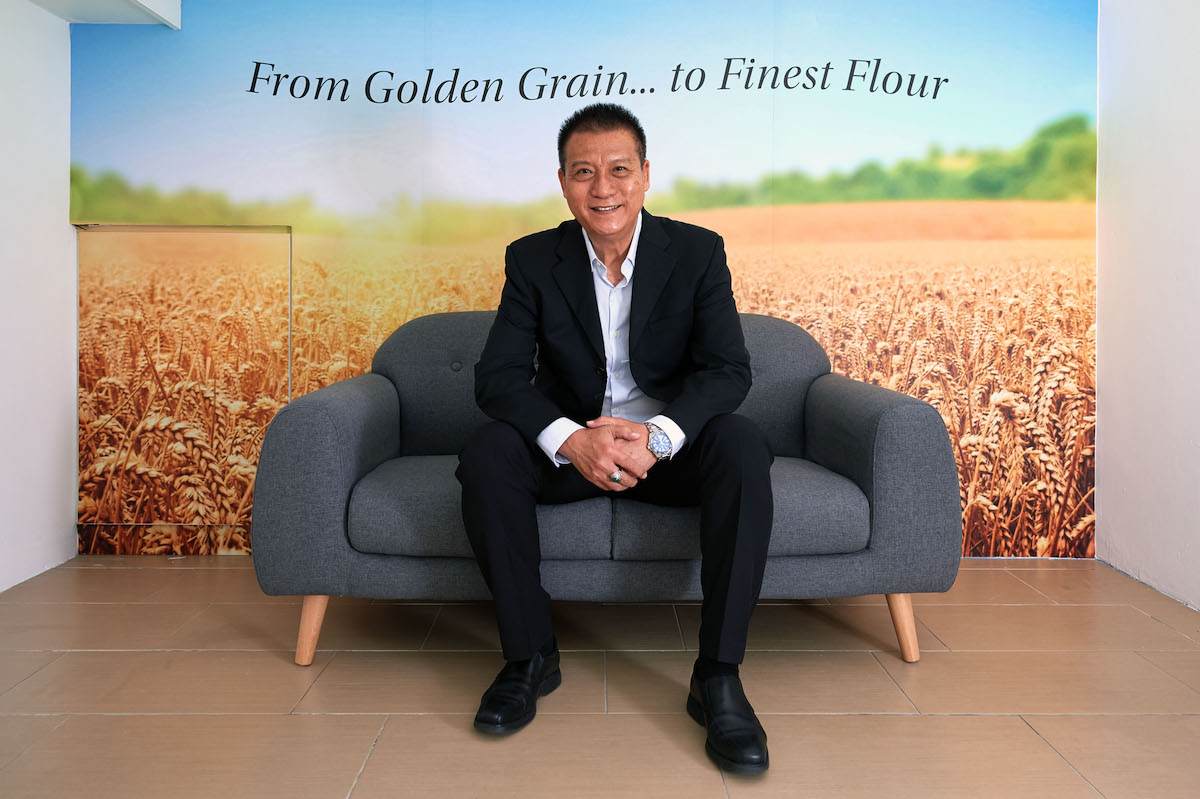 Through an associate of his father, Ricky began working in flour milling, moving up through successive supervisor and management roles. He worked hard and his progression was straightforward. As for why he’s still in the industry? “Because,” he says. “I like people.”

Flour processing and storage doesn’t seem like the most obvious business for outgoing leaders like Ricky, but having held executive positions at Prestasi Flour Mill as well other Interflour branches, he insists that he has had the chance to work directly with clients and employees to address ongoing projects and challenges.

During a brief dalliance with procurement that gave him insight to wider processes in the business, he admits the technical side of the business just wasn’t for him. “I preferred sales and being able to talk to other people,” he says, “so I opted to move back into sales and marketing.”

Established in 2005, the Interflour Group is one of South-East Asia’s largest flour and grain processors, with flour silos and mills operating in Indonesia, Malaysia, Vietnam, Turkey and the Philippines.

Since its inception, the company has diversified into malt production and grain storage and, under its current production capacity, produces more than 7,000 tonnes of wheat flour per day.

Ricky oversees Interflour’s processing efforts in Malaysia, where the company mills, imports and exports flour between countries to satisfy demand where appropriate or necessary.

Although he never had the ambition to enter the C-suite, Ricky says he was happy to be offered the role of CEO for Interflour Malaysia. “Friends would see how I worked and all the roles I had held and tell me that I was executive material,” he says.

“That started back when I was just working in sales, and I appreciated it, because I really loved to be around people. I wasn’t a greedy person, having come from little means and I was just grateful that people recognised that I was hardworking and cared about others. I am most fortunate to be passionate about what I am doing. I do not consider myself a workaholic but more of a work-a-love-it.”

“I am most fortunate to be passionate and love what I am doing. I do not consider myself a Workaholic but more of a Work-a-love-it.”

Ricky says that it was the respect for his work ethic along with the strong focus on people that lured him to Interflour in the first place.

“I was attracted to its corporate culture. It was a family-like business, where everybody felt comfortable to discuss what was on their mind and didn’t feel antagonised by anybody else. When I joined, there was so much that I was not accustomed to; a robust safety policy, generous medical benefits and employee upskilling, and it made me feel like Interflour really cared about people.” 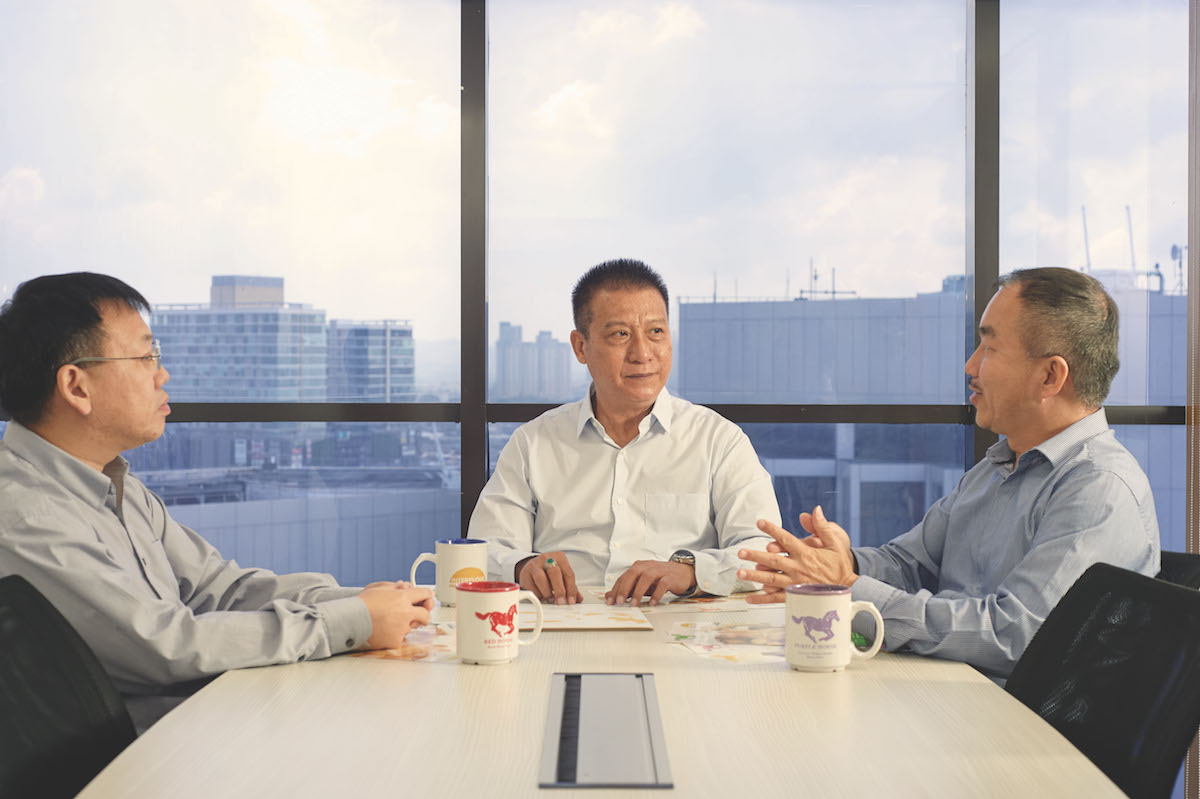 “What made Interflour so special to me was that they offered a career and not just another job. If it was just another job, it would be something that I would leave for higher pay or better prospects. Instead, they focused on offering a career, where I could feel committed to the work and feel like a part of a family.”

Ricky has brought that outlook to his leadership. As CEO, he ensures that Interflour’s employees feel like they are part of the company’s success, consulting widely within the business so that workers understand that all their contributions are valued.

“I believe in two-way communication, whether that be with my staff or with our customers. I try to listen to them. I want to hear their opinions and that’s because it’s my job to be a problem solver.” It’s a style of leadership and management that Ricky believes motivates success within Interflour, fostering openness and dedication.

“I have an open-door policy and I insist that nobody calls me Mr Tan or Mr Ricky. Some leaders might find it difficult to do this but I find that it’s just about having clear boundaries and making sure that people know that when we’re working, we’re serious about our work. We can still establish a personal rapport and there’s no reason I can’t be your friend. It’s all about knowing that respect comes from honesty and a decent work ethic.”

“It’s all about knowing that respect comes from honesty and a decent work ethic.”

With that said, Ricky wouldn’t consider himself a mentor. He simply says that he encourages his staff to use him as a valuable resource for advice and guidance. “If people are seeking leadership, I’m available.”

He makes it obvious he sees Interflour as more than just flour, grain and silos, saying that business isn’t about what you do but how you treat people within it.

“I hope that with everything I do, people will understand that I’m more than just the CEO; I’m a friend. We are all part of this industry so I do what I can to involve everyone in our successes.”