Cream of the crop: Robert Kaan 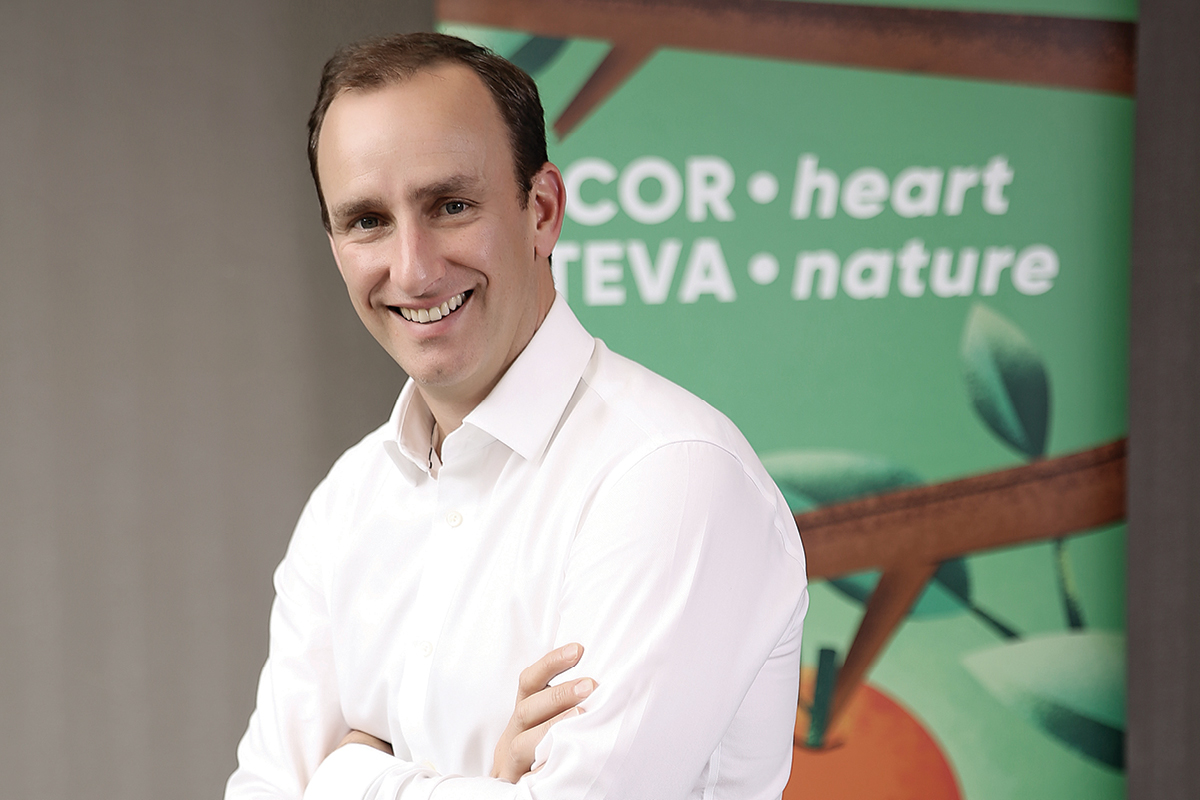 Food is the most basic human need and the engine of economic development. Yet while our world is growing, our food resources are not. As a champion of responsible agriculture, Corteva Agriscience has recognised this imbalance and responded with an innovative plan to redefine the globe and Australia’s agriculture ecosystem. Derived from a combination of words meaning ‘heart’ and ‘nature’, Corteva’s name reflects its purpose to enrich the lives of those who produce and consume, and transform the industry to equally support people, progress and the planet.

As the Agriculture Division of American scientific leader DowDuPont, Corteva leverages the combined strengths of DuPont Pioneer, DuPont Crop Protection and Dow AgroSciences – a merger that will be complete by June this year. Carrying forward this 217-year legacy of science-based innovation, the business is in a superior position to invest in research and harness its combined agronomic knowledge to build innovative products, services and techniques that will transform its customers’ crop performance and quality.

Spearheading the Australia and New Zealand (ANZ) wing of the business is Managing Director Rob Kaan, who brings with him more than 20 years’ experience in multinational agriculture markets throughout Asia, Australia, Europe, South America, and the US. “Born in Bangkok and growing up in Sydney I had no agricultural background whatsoever. My long-term intention was to study veterinary sciences at Sydney University, but two things stopped me – I fell in love with my future wife and I also fell in love with agronomy,” Rob explains.

“I was lucky enough to land a summer university vacation job with Dow, and was offered a permanent position soon after. Although I came from the city, my love for the agriculture industry deepened as I realised how important it is and how much it’s taken for granted in developed countries. I’ve been able to work alongside farmers in 25 countries and I’ve consistently found them to be hardworking, passionate and down-to-earth people. They’re also eternally optimistic – which is no easy task in such an unpredictable industry.”

The power of three

Appointed as Corteva’s Managing Director ANZ in October 2017, Rob’s understanding of the importance of agriculture to economic growth and development aligns closely with the core values that drive the business. “Our parent companies have all had extensive histories and success in the Australian and New Zealand markets. By bringing together these superpowers, I believe there are three things that truly set us apart from the rest. First is our legacy of success both here in Australia and New Zealand, and worldwide. We’re the result of a merger of equals, so not one business or one culture dominates,” he explains.

“Second, we’re the only global R&D company that is 100 per cent focused on agriculture. We have more than 20,000 employees around the world who wake up every morning thinking only about agriculture. No matter which function they’re in, the farmer and the consumer is at the core of their job. Last is our unrivalled technology,” Rob notes. “Uniting people, experience, expertise and passion for agriculture, along with the resources now available with this merger, will allow us to integrate better with farmers and the broader industry, and ultimately find new paths forward for our food and fibre chains.”

Rob says an integration of this reach and scale is no easy task, but Corteva’s progress to date gives him confidence that everything will soon fall into place. “The greatest opportunity and challenge we face is our mission to introduce well-understood and effective technology that will see an increase in food production for our farmers, while also benefiting the consumer and the environment,”
he remarks.

With the global population set to reach 9.7 billion by 2050, Rob says farmers will need to produce up to 70 per cent more food to cater to the growth. “Technology and science are two elements that will help us to address this global challenge, but paradoxically, we’re seeing that consumers don’t understand or trust new technologies, and they’re pushing back on innovations that could make a huge positive impact,” he explains. “The global food shortage is tomorrow’s problem, but the technology acceptance issue is today’s problem – and the two are directly linked.”

Rob has witnessed this resistance before while working for Dow AgroSciences in South-East Asia. “It’s not easy for people from affluent countries to recognise the importance of technology. I’ve seen first-hand what new technology can do to improve the labour and productivity of small rice growers who previously grew low-yielding crops with poor seeds and had to pull out weeds by hand. It has the power to quickly and fundamentally change their lives and their farming prospects,” he argues. “If we can address the current consumer misconceptions, then there’s a significant opportunity for Corteva and the industry as a whole.”

According to Rob, the successful merger of Dow and DuPont’s equally strong cultures was paramount from day one. “We engaged organisational culture experts who established and communicated a set of culture and value standards at the very beginning to help employees understand what the new company wanted to look like and how we would behave,” he explains. “While the two parent companies come with unique cultures of their own, both companies share strong corporate values around ethics, safety, and respect for people and the environment, so this gives employees peace of mind to know the company they’re now a part of isn’t too different from the one they came from.”

Corteva realises that ideas don’t live within the confines of a specific industry, sector or technology, which is why the business applies an open-source philosophy toward innovation, seeking inspiration from a diverse range of thoughts, ideas and solutions. Rob says that Corteva’s complicated cross-functional design means that both internal collaboration and external collaboration with suppliers and distribution partners is crucial. “Most of our employees are STEM – science, technology, engineering and maths – educated. This means that we’re innovative and scientifically curious and we’re passionate about creating new ways to help farmers,” he says. 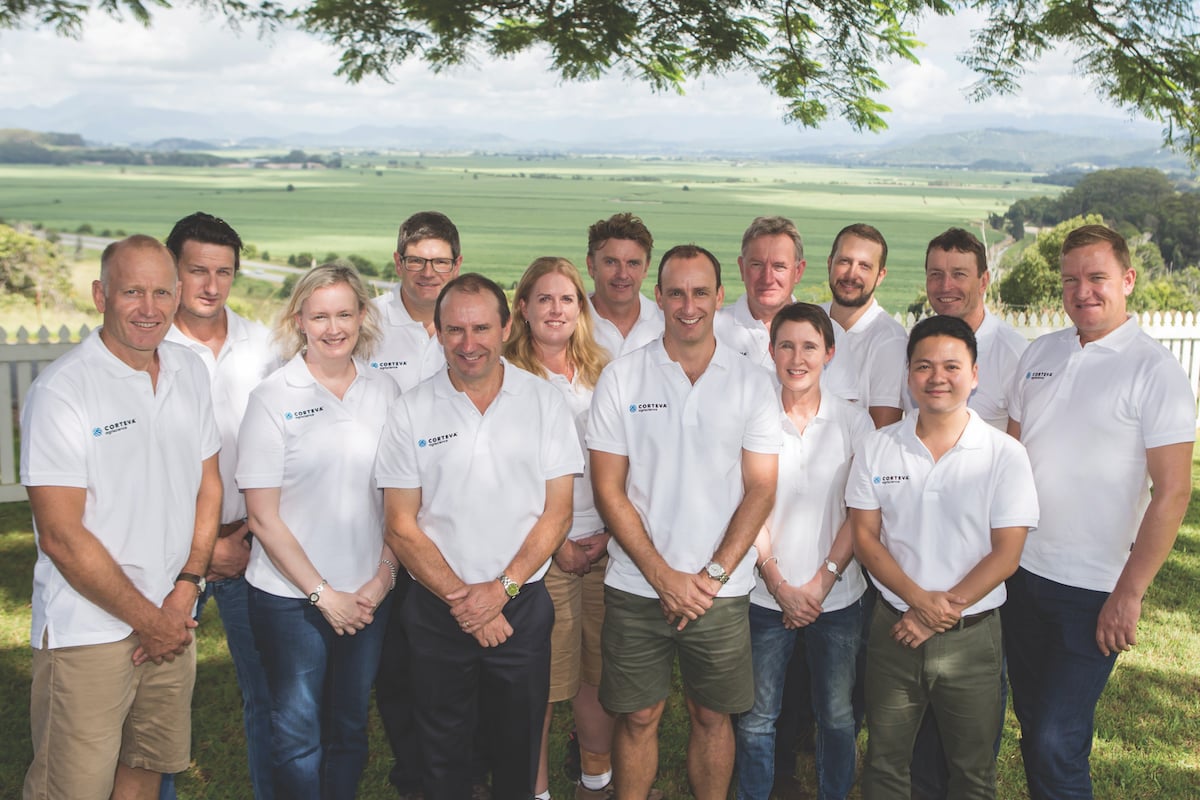 People are also at the heart of Corteva’s short- and long-term strategies. “We want to integrate our people and processes without losing focus of our farming customers or dropping service levels to our distribution partners and suppliers – all while maintaining healthy financial performance. It’s easy to say and hard to do, but we’re doing well so far,” Rob remarks. “We want to cultivate a diverse group of passionate employees who love agriculture and find working in Corteva meaningful and exciting.

“You’d have to check with my people, but I like to think I’m uncomplicated in my leadership style. I’m fortunate that my natural instinct is to spend time with people, so teamwork and collaboration come easily to me. At the end of the day, leadership is as simple as ABC – you have to be authentic, brave and calm.”

An English and American history buff, Rob draws inspiration from former British Prime Minister Winston Churchill’s iconic quote during the Battle of Britain: “Never was so much owed by so many to so few.” “I love this quote because there’s a bit of Australianism in it,” Rob remarks. “We’re a small group of dedicated and hardworking people whose achievements have a far-reaching impact.”

“Taking into consideration the complexities and the technology that goes into food production, agriculture is a seriously underappreciated industry. We want to make agriculture cool again by engaging with schools, universities and consumers,” Rob says. “For the people at Corteva, being part of a social cause is just as important as personal career growth, money and job security. We want to change the industry and bring new solutions that benefit the farmer, the consumer and the planet for generations to come.” 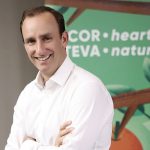