Made for the masses: Ramesh Kumar Dua 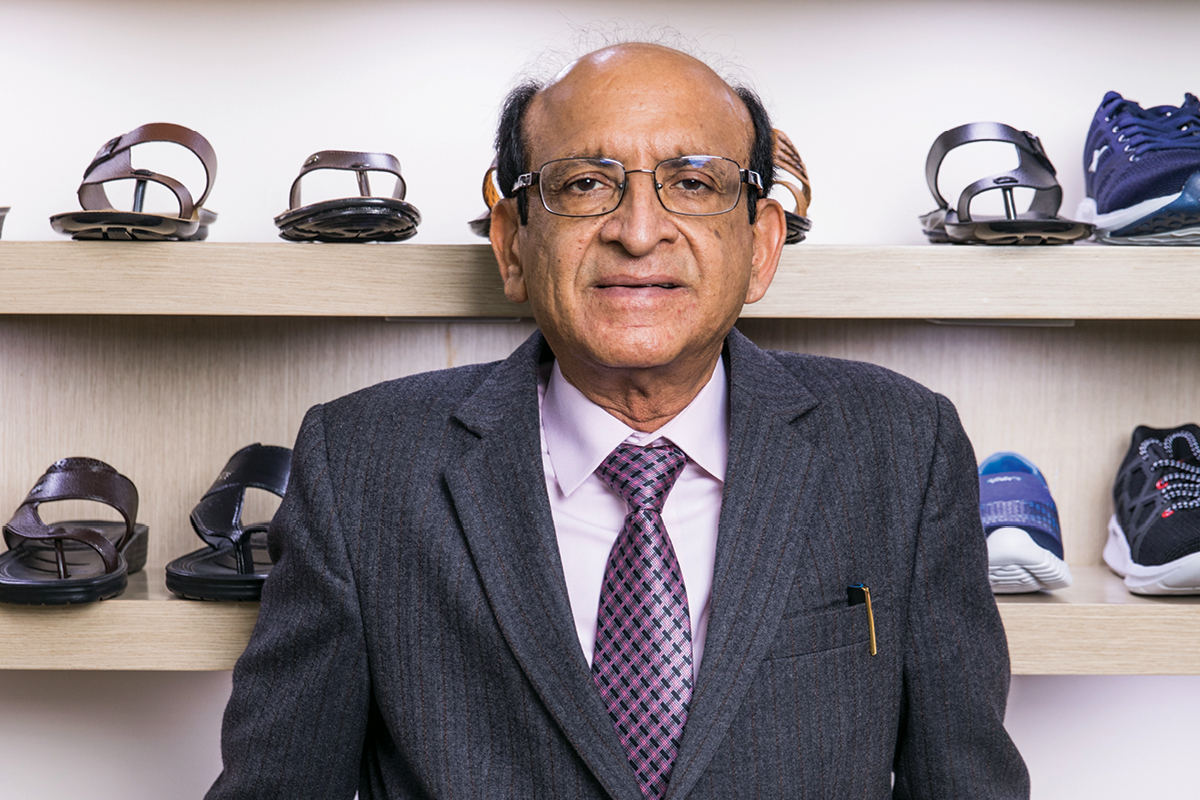 With the imposition of ‘the Emergency’ in 1975, India witnessed its most challenging period in the post-Independence era. “A lot of us were living in a dilemma,” Ramesh Kumar Dua tells The CEO Magazine. “It was difficult to try and execute even the basic aspects of our business.”

He witnessed the terror firsthand when he went to a market in Delhi and saw storefronts being shuttered and deserted streets. “I asked some of the people, ‘Why have you closed the stores?’ And they told me that MISA (Maintenance of Internal Security Act) had come through and businesspeople were being arrested on one pretext or another. It was horrifying.”

Surveying the streets, he noticed that one store remained open: Bata, a shoe retail outlet. “I walked up to them and asked them why their store was still open, and the staff in the store told me, ‘We follow the law completely. We have nothing to hide and nothing to fear.’” Ramesh was impressed.

A young businessman himself, he had inherited a struggling business from his father less than a decade prior. “We were producing quality products, but what the staff in the store said resonated with me. If you could operate a brand that was transparent, you could endure anything.”

Despite its current reputation as one of India’s most prominent footwear companies, Relaxo’s success came after decades of uncertainty. For more than 40 years, Ramesh and his brother Mukand Lal have thrived under tumultuous circumstances. “When people know about where we came from, it’s a lot easier to understand the company that we have become,” he says.

Born in the northern Indian state of Haryana, Ramesh moved to Delhi when he was less than a year old. His father and uncles wanted to break into the emerging manufacturing sector and spent 15 years making and selling cycle parts and rubber footwear before dividing the business among brothers in the late 1960s.

“My father got a share of the footwear manufacturing and some of the cycle parts but unfortunately lost a lot of money after that due to old debts that turned bad. We were saddled with unmanageable debt, and my brother had started working with my father. They were struggling.”

Although Ramesh was studying at the time, his father became desperate for help and asked him to come on board and lend a hand. “I had studied pre-med and was getting ready to sit my entrance exam. I had to make a difficult decision whether to go down that path or go to work with my dad,” he recalls.

Joining on the condition he could continue studying, he opted for a course in commerce. Ramesh oversaw the company’s finances, developing a knowledge of business operations. “I was 17, but already I was part of a three-person team overseeing an entire business.”

For three years, Ramesh’s life involved spending half of his day studying at college and the other half working with his family. “We weren’t making much money, but managed to repay all the debts and developed a good reputation with the creditors.” Auditing the business’s pricing and costing, Ramesh began trying to find areas where the company could cut costs.

“At this point, we still had a share in the cycle business but we were earning no profit or benefit from it,” he says. Concluding that they were losing money from that side of the business, he compared it with the footwear manufacturing, which he found somewhat profitable. Ramesh then made an executive decision: the company would stop manufacturing cycle parts and focus solely on producing rubber footwear.

Graduating in 1974, Ramesh went back to school to study rubber technology for use in footwear. At the time, most Indian footwear was made of leather but Ramesh noticed that affordable, quality rubber footwear could be “manufactured for serving the masses”. Taking a course at The Plastics and Rubber Institute, London, Ramesh began studying and reading whatever he could about rubber technologies.

“These classes were actually meant for science graduates and chemical engineers,” he says. “It was only because I was persistent in telling them I didn’t care about a certificate or a degree and that I just wanted to get the knowledge that they let me in.”

Sitting in on the classes, Ramesh took what he learned and began consulting experts to better understand how he could go about making quality rubber footwear. “I contacted a rubber technologist who helped us to improve the quality of the products.

Simultaneously we were working on pricing and advertising the brand, and we began seeing results by 1978.” From an initial turnover of INR3 lakhs (US$4,334) it moved up to more than INR20 lakhs (US$28,880). “By the end of the decade, our turnover crossed INR50 lakhs (US$72,201) and we were seeing genuine success.”

In 1983, the company officially privatised and began operating under the familiar Relaxo name. Looking back on more than 40 years of success, Ramesh says that Relaxo succeeded by filling gaps in the market. “We studied the technologies behind non-leather footwear, and whatever was coming up in the market we were learning from it and applying it.

“Today, we’re developing new products to meet unsatisfied needs. We have Relaxo, Bahamas, Flite, Sparx and Schoolmate – each brand is meant to meet specific needs of the consumer, while being fashionable, yet affordable.”

In 2004, Relaxo set up India’s largest, state-of-the-art plant to launch fashionable and light-weight EVA slippers (Flite) and soon went on to be the leader in this space. Alongside this, to address the growing market for fitness footwear, the company launched a range of sports shoes in 2005 under the brand Sparx and soon went on to add sandals and slippers to the range.

To showcase the entire portfolio of products, Relaxo ventured into setting up its own retail stores in 2005 and by 31 March 2019 it had more than 350 stores across India. Then, in 2015, the company diversified into manufacturing PU-based semi-formal footwear under the brand Flite. Now, Relaxo has nine state-of-the-art plants with a total capacity of 900,000 pairs a day and employs over 18,000 people.

Today, Relaxo is one of India’s pre-eminent footwear brands, exporting to South-East Asia, SAARC, GCC, Africa and LATAM, while competing with the Chinese manufacturers. As for Ramesh, he says he’s still researching what works for his customers. “We have to understand the evolving needs of our customers and, until the product is perfect, we can’t afford to sit still,” he says.

“We interact with our customers and find out what they want. We’re on the manufacturing floor, talking to people and finding out where we can improve. We constantly strive to meet unsatisfied needs, and ensure our products are affordable and of high quality.” 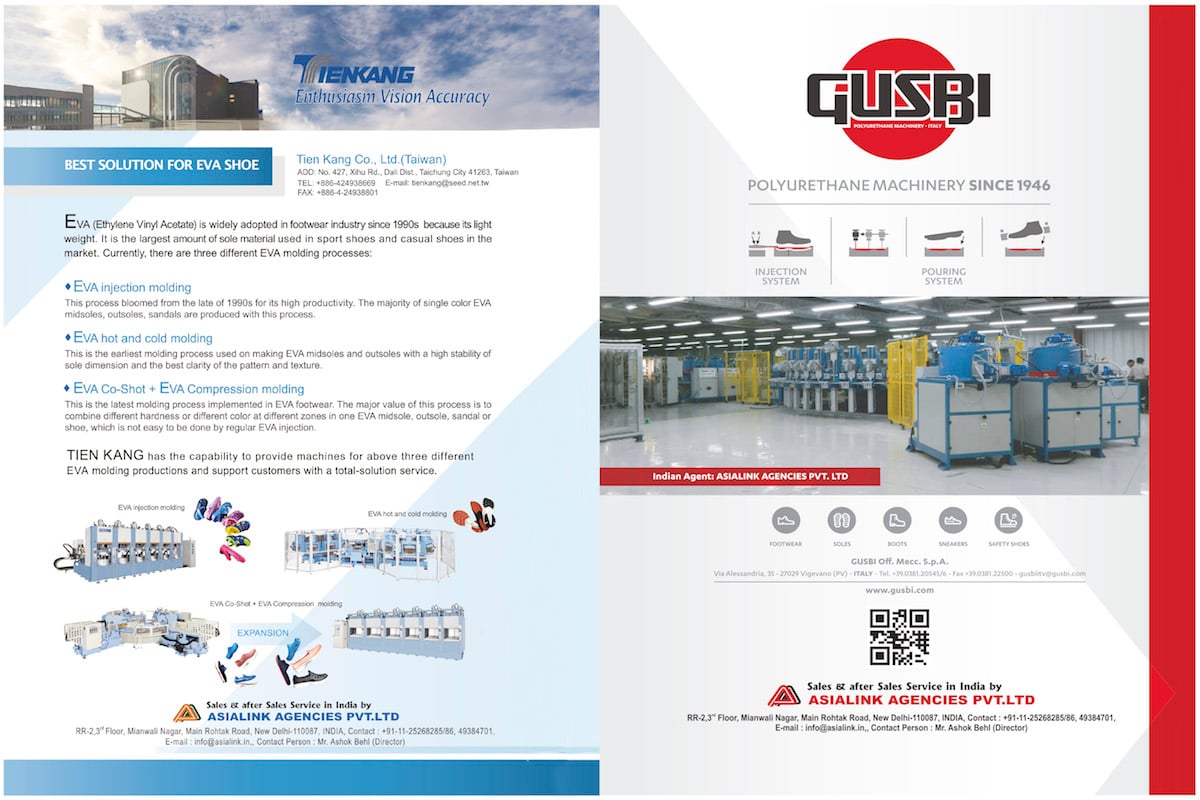