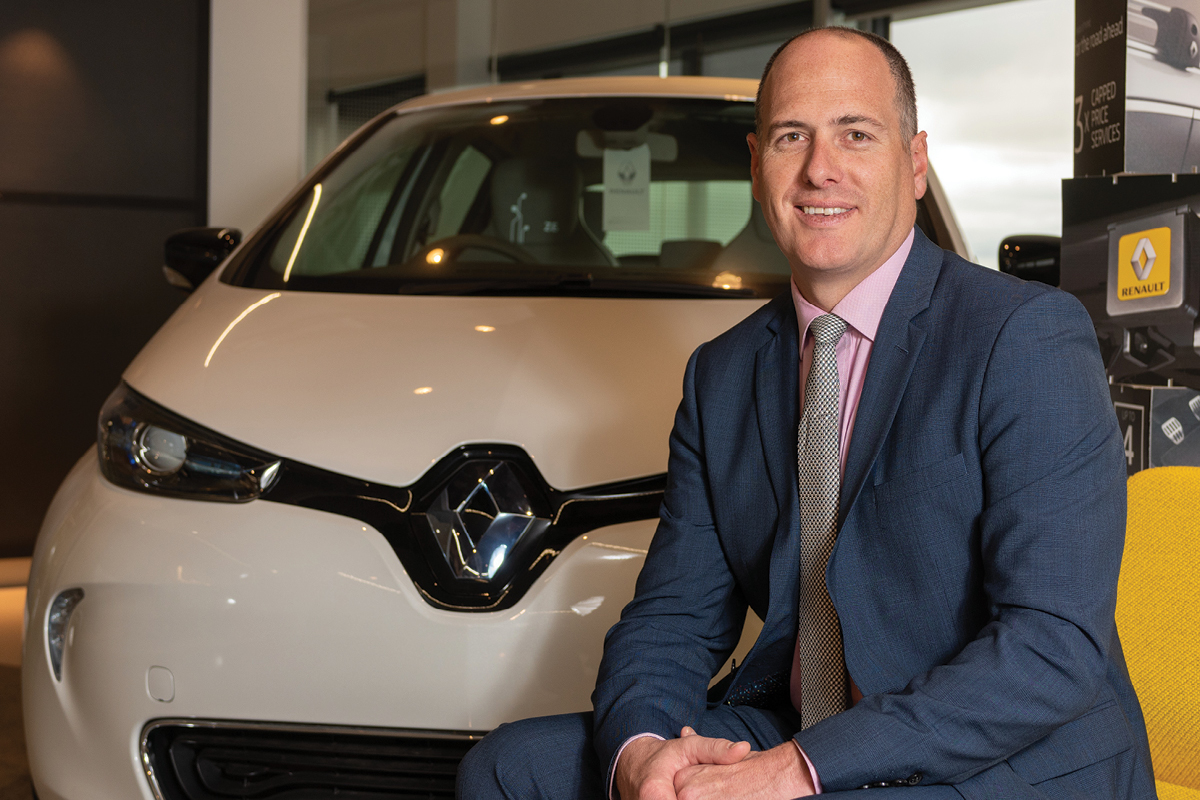 Renault Australia Managing Director Andrew Moore believes there’s no such thing as a secret to success. “You just have to put in a whole lot of hard work and always show commitment, loyalty and passion for what you’re doing,” he says. “Success is best when it’s shared and there’s a very collaborative spirit in the automotive industry. We overcome challenges together as a team, we drive results for our dealers, and we celebrate together. For me, that is genuine success.”

And Renault Australia has already seen its fair share of success. Since its re-establishment in the country in 2001, the company’s sales volume and market share have gradually risen, and it has become a national leader in the forward-thinking areas of automation and electric vehicles. With a range of hatchbacks, sedans, SUVs and light commercial vehicles, Renault Australia was the first to launch the Koleos globally, and has since had a 187% increase in sales for the new SUV. Despite the challenges involved in tripling its market share in an already hugely competitive environment, Andrew says the company is on a promising growth trajectory.

Backed by five years’ management experience at Honda and a further 10 at Suzuki, Andrew is well-versed in the ways of the Australian automotive industry. A proven brand builder with a strong track record in sales and creative marketing, Andrew made the move from Suzuki to Renault Australia Managing Director in September last year, following the departure of his predecessor Justin Hocevar.

“It’s been an exciting first year at Renault,” he says. “We’re at the forefront of advanced technologies like electric vehicles and autonomous vehicles, which is something that I wasn’t exposed to at Suzuki and Honda.”

While the role has presented its challenges, Andrew chooses to see these as opportunities for improvements. “Since January, we’ve focused on building greater consumer awareness around Renault’s key products including our Trafic Van and Koleos SUV, and we’ve seen double-digit growth for both models as a result,” he says proudly. “We’ve also improved our operational efficiencies so we can invest more heavily in marketing, because we don’t have a huge army of customers that have purchased our product before.”

Despite being such a small country, Australia has the seventh-largest number of motor vehicles per capita in the world. This presents an obvious challenge for foreign brands like Renault to gain market share. “Toyota, Ford and Mitsubishi all have deep footholds in Australia. As an emerging brand, we have to try and change consumer brand perceptions so they consider buying Renault,” says Andrew. “But with a smaller advertising budget and a smaller customer base, we have to work really hard to get people’s attention. This is where my marketing background comes in handy.”

Coming from Japanese Suzuki to French Renault, Andrew noticed a distinct change in culture. “While Suzuki was fixed on efficiency and value for money, Renault is very much focused on forward thinking and operating outside the industry norms, not only when it comes to vehicle technology, but also in the way we engage our customers. It’s very refreshing,” he notes. “There’s a lot of fascinating things coming out of Paris in terms of the way we do business with customers, the way we sell cars, and the way we think about mobility as a whole.”

“Renault is very much focused on forward thinking and operating outside the industry norms, not only when it comes to vehicle technology, but also in the way we engage our customers.” 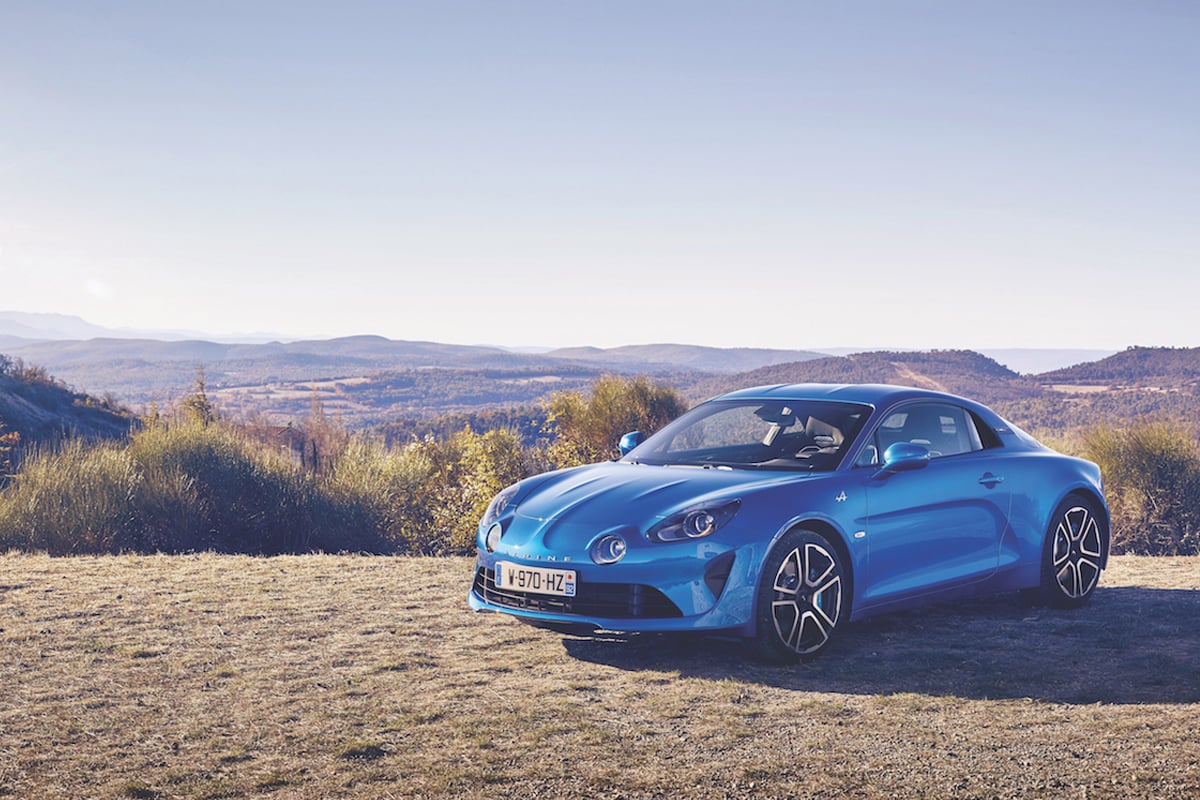 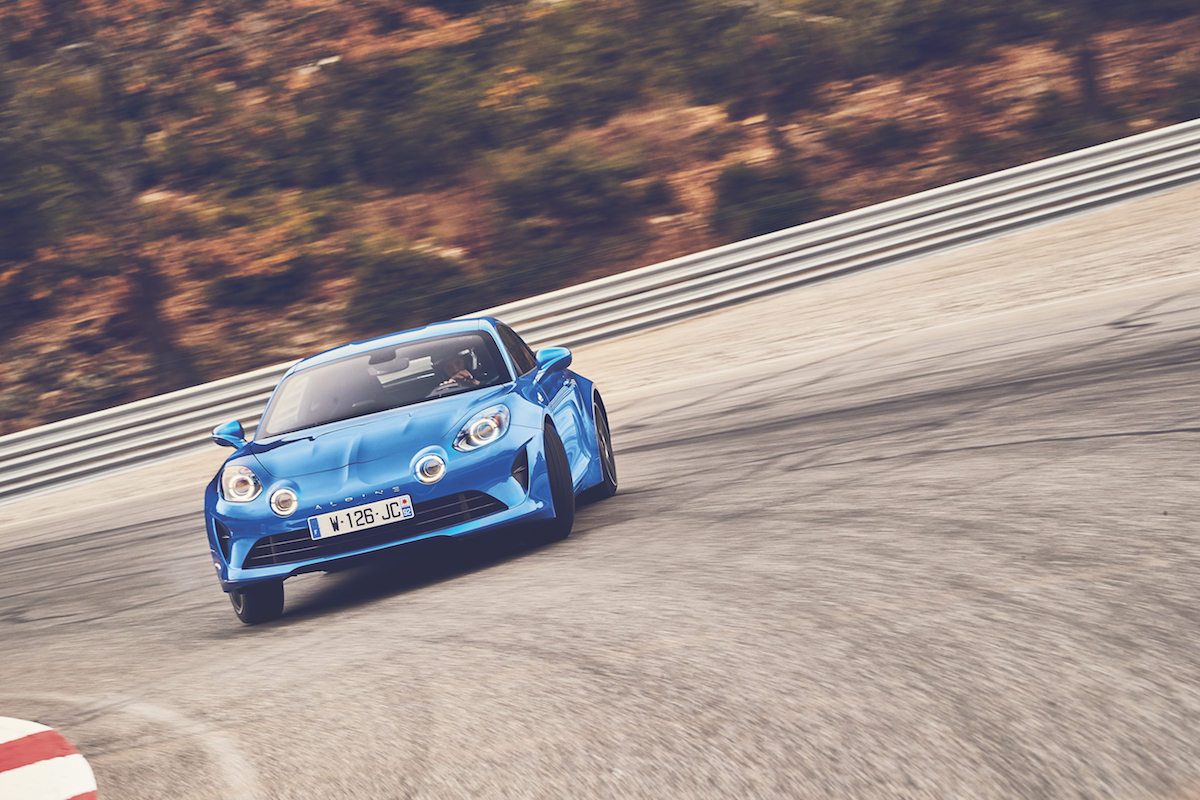 Working towards the future

Of all the changes to come, Andrew believes electric vehicles will be the biggest technological revolution since the smartphone. “Over the next few years, electric cars will become a power source of renewable energy, able to power homes, schools and office buildings,” he says. “My hope is that Renault will drive change in this country, and it’s great to see the government getting behind the electric way of thinking. Right now, the only thing holding us back is affordability which will change quickly in the future.”

In working towards this future, Andrew’s current focus is on increasing brand awareness and building a future product platform that best matches Australian consumer trends. The hotly anticipated Alpine A110 coupe will arrive in Australia in October, and Andrew isn’t afraid to brag about his test-drive. “It goes from 0–100kmph faster than a Porsche Cayman and it’s surprisingly easy to drive despite being such a high-performance vehicle,” he notes. “We’ve only got 60 vehicles coming into the country this year and they’ve almost all been snatched up.”

Renault will launch the new Megane RS this year too, and it recently revealed it is working hard on a plan to import the Alaskan one-tonne ute and the South American Duster Oroch dual-cab ute.

Andrew says these possible new arrivals are part of a larger plan to introduce more SUVs and pick-up utes to meet the growing Australian demand. “We’re also seeing a change in the way people purchase vehicles. The level of service in the automotive industry is second to none, and I’d like to see that service level go even higher with vehicle purchasing being made available for everyone, no matter where they are. This might mean selling cars online or in shopping centres, or even bringing them direct to the customer’s home for a test drive.”

Throughout his career, whether that be at Honda, Suzuki or now Renault, Andrew has always placed emphasis on building a strong foundation of trust and collaboration with his dealer network. “Working on those dealer partnerships has become a part of my role that I really enjoy. Being a leader means doing the best for the people around you rather than just dictating and expecting everything to happen,” he explains. “In business and in life, you have to get out and make it happen, rather than wait for something to land in your lap.”

Andrew Moore on the importance of mentorship:

“Starting out in the automotive industry at just 23-years-old, I was fortunate enough to work with a number of successful dealers including Suzuki Australia General Manager Tony Devers, who taught me so much and groomed me to take my next step within the business,” he recalls. “Being a leader now myself, I pride myself on doing things differently and challenging industry norms – we don’t just do what’s been done before. 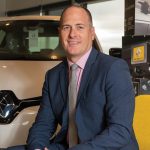