It wasn’t until Ashley Tory painted the fence surrounding his father’s Toyota car yard that he really understood the importance of attention to detail. It was a life skill he learned with every meticulous brush stroke and one he went on to implement throughout multiple areas of his career. This dexterity, along with a dizzying sense of determination, not only silenced his detractors, but led him to become the Director of Illawarra Toyota and a respected mentor throughout the corporation.

Living with his mother in a housing commission flat in Sydney’s Mount Druitt, a suburb he recalls as having Australia’s highest crime rate, Ashley admits he grew up surrounded by poverty and despair.

“A lot of my mates, good kids, ended up on the wrong side of the tracks. It was very sad,” he says. “But I was lucky. Although we never had any money, or flash things, I had a very loving and classy mum, while Dad had the drive to be successful, although we didn’t see him too much. I had a sniff at a very early age of what a great company like Toyota provided for him, doing things 40 years ago which some companies are just understanding now, like focusing on customer service and looking after their people. It made me determined to fight my way out of being poor; and without Toyota’s leadership, I couldn’t have done it.”

Ashley’s fortitude has ensured the teams working at his two Toyota dealerships in Albion Park and Wollongong are equally inspired. Describing his people as “good, honest family men and women” and “wonderful mentors to younger staff members”, Ashley says an unbreakable culture has been nurtured by key managers.

“Most of our management team was hand-picked a long time ago – wonderful, wonderful people, and I’m so proud of every one of them. They’re not the loudest or the flashiest, we don’t have any superstars, just people who work hard and live by our business culture. They know who I am and what I stand for. One demand is that we are consistent, and I am renowned to be inflexible when it comes to process. But you have to be. Otherwise, things get watered down and what has made you successful, falls away.

“We don’t have any superstars, just people who work hard and live by our business culture.”

“No matter what happens to me, this business is in great shape, and every person protects it like it’s their own family. If someone is working hard and providing for their family, regardless of what they do, they are a hero in my eyes. The partners at home, helping staff in the business lead a balanced life, are also absolutely amazing.”

Ashley points to his own wife, Jody, as being one of his greatest mentors, along with his parents who triggered a “very small spark” to drive him to believe he could be successful.

“My success has really been a team effort with my wife and kids,” he admits. “Being rough around the edges and coming from a poor background, I was often criticised by the doubters lining up to stop me. But that’s what drives me now, along with the desire to be a good role model for my kids. Of course, the first and foremost people who helped me believe in myself were my parents. That’s all kids need, not just words, but someone to make them believe they can be successful. You don’t have to be the smartest, richest, or have the best degree, just put in the hard work and honesty.” 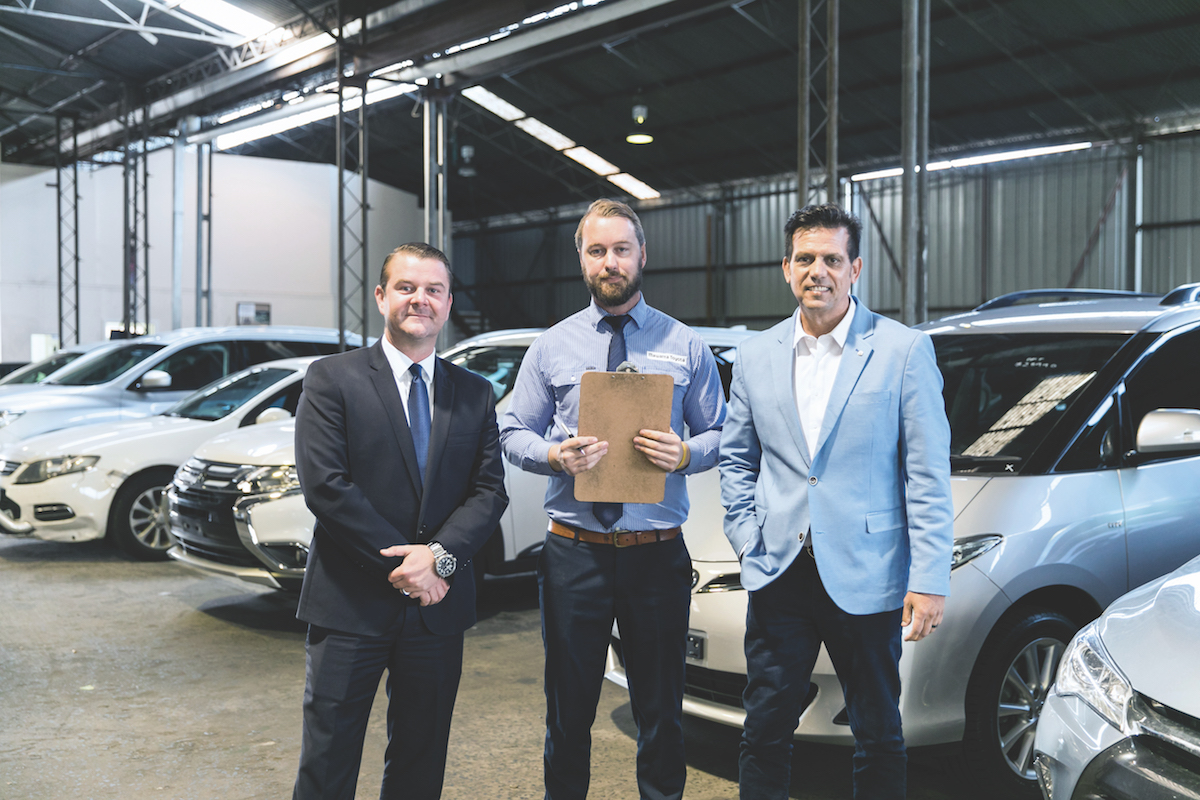 Ashley also credits his business partners David Cosgrove and Tony White. The trio have smashed monthly sales records and torpedoed their volume of sales to be among the top 10 Toyota dealerships in Australia.

“We punch well above our weight,” Ashley admits. “We sell more than 650 cars and trucks a month, more than double the volume from when we took over five years ago. And for our semi-rural business to compete with major metro dealerships, sometimes reaching the top five, is massive, and a credit to everyone here.

“We punch well above our weight.”

“We won’t be stopping either,” he says. “The drive to be the best is ingrained in our DNA and I love seeing the passion in the eyes of our staff. The Illawarra and south coast is a wonderful area with so much growth happening. Infrastructure spending is on the up, roads are improving, people are coming out of factories and learning new skills. It’s an exciting time for us all. The sky is the limit.”