Having taken on the CEO role with Cincinnati/Northern Kentucky International Airport (CVG) 11 years ago, Candace McGraw says the airport feels very much like home. “I love my job,” she says. “I enjoy what I do and the people I’m with. I’m in the perfect spot for me.”

Starting out in 2009 as CVG’s Chief Administrative Officer, a year-and-a-half later she became CEO, at a time when the airport was at a crossroads. Once a large hub for Delta Air Lines, CVG had a sudden change of fortune when the airline underwent a merger and consequently downsized its operations at the airport.

“When I became CEO, there was a lot of distress in the community about what was going to happen with the airport now that we were no longer a big mega hub for Delta” she says.

“But from what I saw, we had a great team here and a community that was fully supportive of the airport, which sits at the intersection of Ohio, Kentucky and Indiana.” But from what I saw, we had a great team here and a community that was fully supportive of the airport, which sits at the intersection of Ohio, Kentucky and Indiana.

McGraw also identified 3,116 hectares of land that wasn’t being fully utilized, which inspired her to diversify CVG’s business. “I looked at it and thought we could certainly grow our cargo because DHL has their second-largest cargo hub in the world here. We knew we could help them grow and that we could focus on land development to diversify our revenue,” she says.

“This presented a new opportunity to reinvent ourselves and emerge from this as a stronger airport. This I believe we’ve done over the last 10 or 12 years.”

Not one to rest on her laurels, McGraw immediately turned her focus toward the next stage of the plan – to grow the economic benefit for the wider community. This led to a strategic plan, Launching Point, which was in effect from 2016–2020. The latest plan, New Heights, is charting the course for the airport’s strategic focus between 2021 and 2025.

“It’s really about how you elevate and accelerate the role of the airport in the region. How do we go out and grow our footprint?” she says.

CVG recently entered into an agreement with a small airport run by a university in what is the first phase of its new plan. “We’re managing that airport, and we’re talking with several other airports about managing them as well, with an eye towards building a network of airports to help with what I believe will be the next wave of urban air mobility and advanced air mobility,” she explains.

Often overlooked when reinventing a business is the corporate culture and how it can adapt to change. So how does McGraw describe the culture at CVG? “We have a Midwest spirit with a world class charm. I think people here are collaborative, collegial; they love this community and they love this airport,” she says.

“I try to instill in folks that this is more than a job, this is a calling to serve your community. There are a lot of really good folks here that work at the airport, a lot a long-term employees. I think it’s a culture where people want to be helpful and believe in that Midwestern value of being a good neighbor.”

CVG works with two local universities that routinely study the economic impact of the airport on the community, which has been growing steadily over the years. A 2018 study showed the airport had contributed US$6.8 billion. 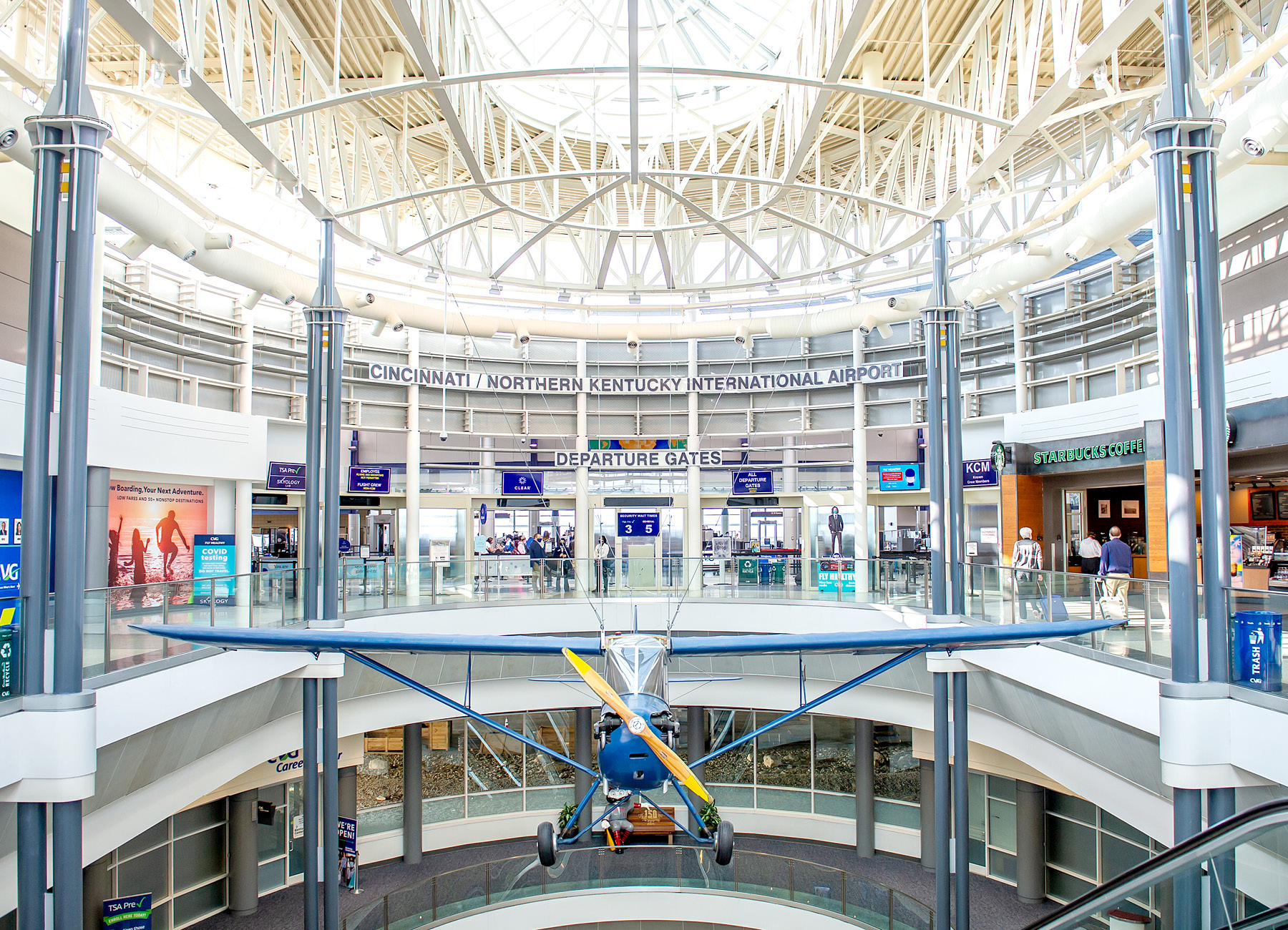 The sort of thing we talk about with all of our stakeholders is how we can really keep using all of our assets in a way that’s productive.

“The sort of thing we talk about with all of our stakeholders is how we can really keep using all of our assets in a way that’s productive,” McGraw says.

As a long-standing CEO, leadership is second nature to McGraw and she feels at ease summing up what it means to her. “A good leader provides a good role model and a good steward,” she explains.

“They help people be their best selves, find out how they can plug in and really try to get people in the right seats on the bus to make sure the company is moving forward.” 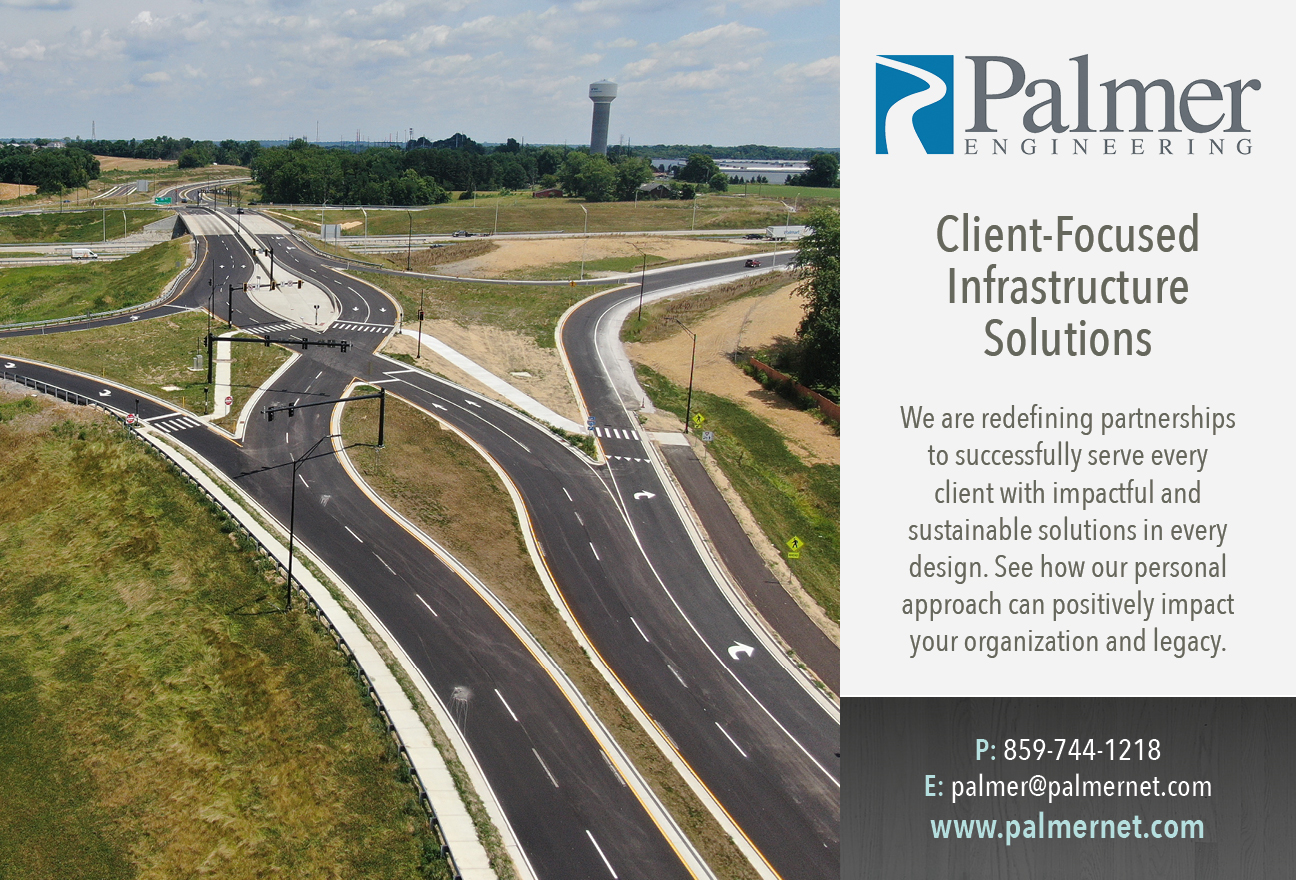 “CVG continues to serve as a leader in growing the region and providing the highest quality in air travel. Palmer Engineering is a proud local partner committed to delivering projects to assist it in achieving this vision.” – Will Conkin, Northern Kentucky Office Lead, Palmer Engineering