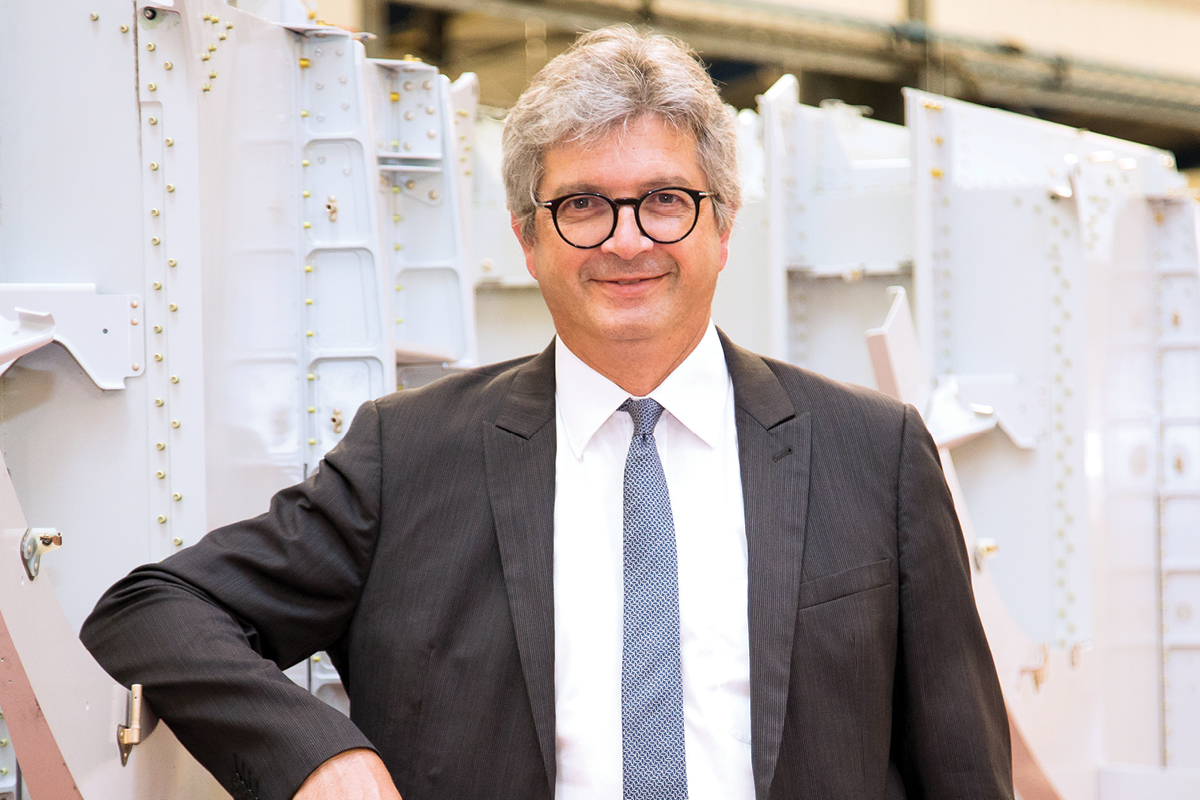 For almost any other person, the leap from vice president of a multi-billion-euro company to leader of a smaller, pluckier company with its own decades-long history of successes and shortcomings would have been disorienting.

But for Christian Cornille, who took the reins at the French aerospace and automotive manufacturing company Mecachrome in April, the transition represents the realisation of his preferred state of existence.

Before Mecachrome, Christian served as executive vice president for Airbus Helicopters, the world’s leading producer of civil helicopters – a role in which he has been credited with spearheading the development of new technologies and industrial processes. But in his new job, he has found an opportunity to put new leadership skills to the test.

“I am very thankful for my time at Airbus. It was a huge company with very exciting challenges,” Christian says. “But at Mecachrome, I find that I finally have the opportunity to behave as an entrepreneur. When you are in the position of CEO, you have to drive the business. You really have to have close contact with every aspect of the company. It’s so exciting to be in such a situation. I get to have a much more hands-on way of working.”

There was probably no better person to take the top spot at Mecachrome than Christian, who has got to know the company over the years when it was a supplier for Airbus and other companies where he has worked.

“All along my career path, I have had the opportunity to sit with the Mecachrome team, to build trust with them – they have become part of my DNA. Now, I get to write a new chapter for the company,” he says.

On the road to a billion

The main theme of Mecachrome’s next chapter is growth. The company is faced with customers, primarily aviation platform manufacturers, that are holding on to the traditional notion that the best supplier is the one that is the most vertically integrated.

“In the past, huge vertical integration was more common and platform manufacturers expected their partners to take care of a variety of things, from providing financial advice to securing their operations,” Christian explains.

“To satisfy these expectations, the size of the company is absolutely essential. We have to grow in order to offer these clients these capabilities. This needs to be the future of Mecachrome.”

He adds, “One billion euros in revenue per year is a good number for a company such as Mecachrome to thrive in the future.” The company reported €405 million in revenue in 2017.

“One billion euros in revenue per year is a good number for a company such as Mecachrome to thrive in the future.” 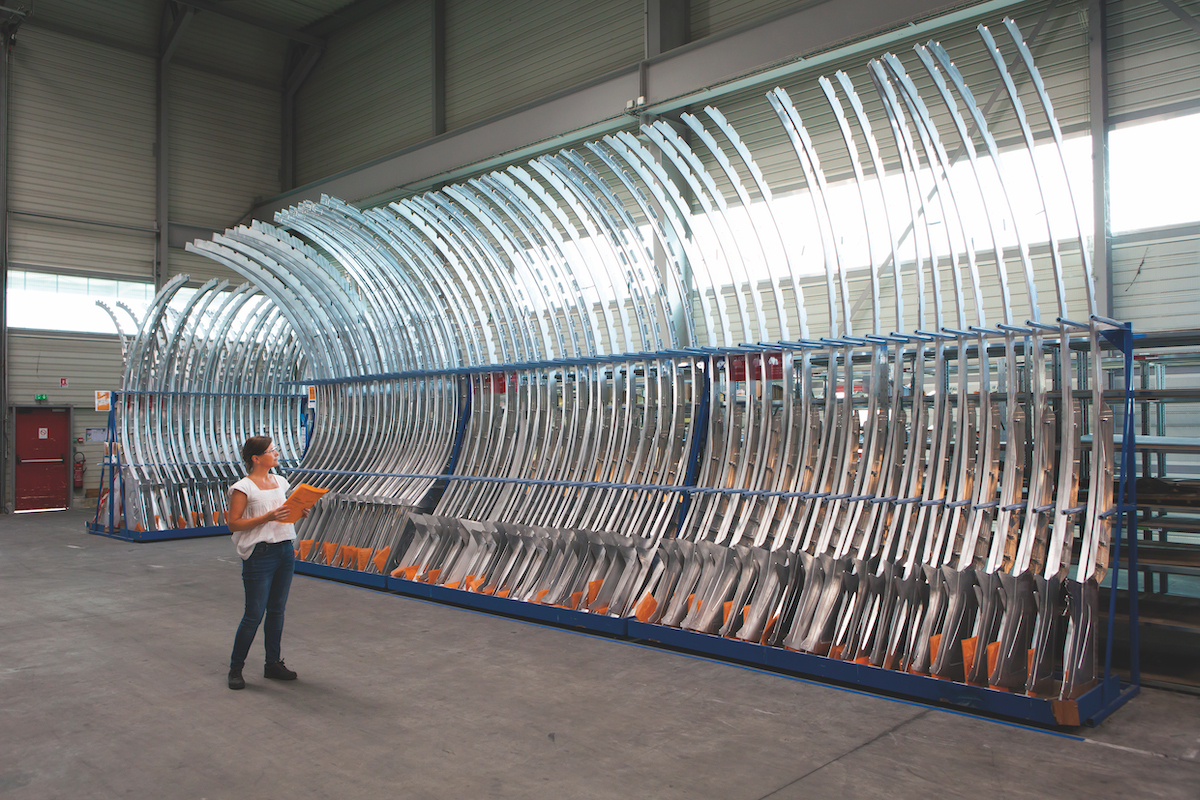 Christian’s ambitions for Mecachrome represent a conscious effort to rise above the company’s turbulent past, which includes the plummeting of its share value a little over a decade ago, when the company decided to expand to Canada just before the advent of the downturn in the global economy.

Today, Christian wants to give Mecachrome’s shareholders a new story to tell about the company. “Before you try to be in a position to expect some additional value from your assets, you absolutely need to have a story to tell, and this is what I will need to create for our shareholders – a new chapter based on robust industrial public relations,” Christian says.

Moreover, this new story will incorporate geographical expansion as an asset rather than an obstacle. “We are well-positioned in Europe and now we need to grow on both sides of the Atlantic. The US and Canada are key markets where we need to grow, and this is what I will focus on in the long-term,” he says.

But growth – certainly overseas growth – is easier said than done. To realise his global ambitions, Christian plans to capitalise on Mecachrome’s long-lasting partnerships, as well as the knowledge and experience of its 3,000-strong staff.

“The most important element of our procurement side is machine investment and, fortunately, we have very strong partnerships with some of the biggest companies in the world. Thyssenkrupp, for example, is a company with which we have had excellent relationships for 25 years – something that we hope to continue. Our procurement team spends a lot of time in discussion with every machine manufacturer because we want to have long partnerships with these people,” Christian says. “This is part of what will make us competitive for years to come.”

As for the role of his staff, Christian says, “Our business is a know-how business and my experiences at Airbus taught me that it is absolutely crucial to trust in my people and their capabilities. In industrial manufacturing, success depends on the building of systems, so if we want to ensure that we build effective systems that produce safe products, we definitely should trust in the capabilities of our people to correctly assess situations and to be part of every decision-making process.”

Mecachrome’s employees make a significant contribution to the world of auto sports. For more than four decades, the company has supplied engines to vehicles in Formula One – most prominently to the Renault F1 Team – as well as in MotoGP and Nascar.

“Formula One engines are a hugely important area for our business, but one should not forget that we are in charge of producing and designing many engines for Formula Two and Formula Three, which demonstrates the high level of
skill among our employees,” Christian says. Throughout 2019, with more than 50 engines racing every weekend, Mecachrome has been the world’s leading supplier of motorsport engines. But for all the glory that comes with victory on the racetrack, Christian insists that the real victory is Mecachrome’s integration of automotive engineering with its other products.

“We have demonstrated that the automotive industry can teach lessons to the aerospace industry, and vice versa. We are the perfect demonstration that there can be a bridge between these two industries.”

“We have demonstrated that the automotive industry can teach lessons to the aerospace industry, and vice versa.”

In some ways, as head of a large industrial manufacturing company, Christian finds himself stuck between the weight of tradition and the allure of innovation – between the safety of the past and the potential of the future.

One way this pressure manifests is in his ongoing pursuit of sustainability. Whereas some CEOs see environmental regulations as limitations on their flexibility and creativity, Christian sees them as the foundation for long-lasting partnerships.

“Sustainability is absolutely key to our business, because we are not in a position to change rapidly from one situation to another – this is not a very flexible world,” he says.

“This is especially true in aerospace, because all our capabilities and all the regulation that we have in front of us require long-term partnerships. If one party deviates, this partnership ceases to be sustainable.”

Moreover, Christian says he often has to contend with assertions that manufacturing as we know it today is dying – that additive layer manufacturing will soon replace traditional subtractive manufacturing and that the story of
the metallic aircraft is nearing its conclusion.

“There are those out there who will say that mechanical activities are out of fashion, but I believe we still have a role to play. We have new technologies to develop that will lead to new opportunities, and I think these will really surprise people.”

He adds that he is particularly excited by Industry 4.0, which Mecachrome has embraced in its development of a fully automatised titanium blade production line that produces 100,000 units per year.

Christian concludes: “To those who are not convinced that our engineering has a place in the future, I say that
I am committed to developing new technologies that will lead to new revolutions. For the aerospace and automotive industries, I believe this is just the beginning of the story.” 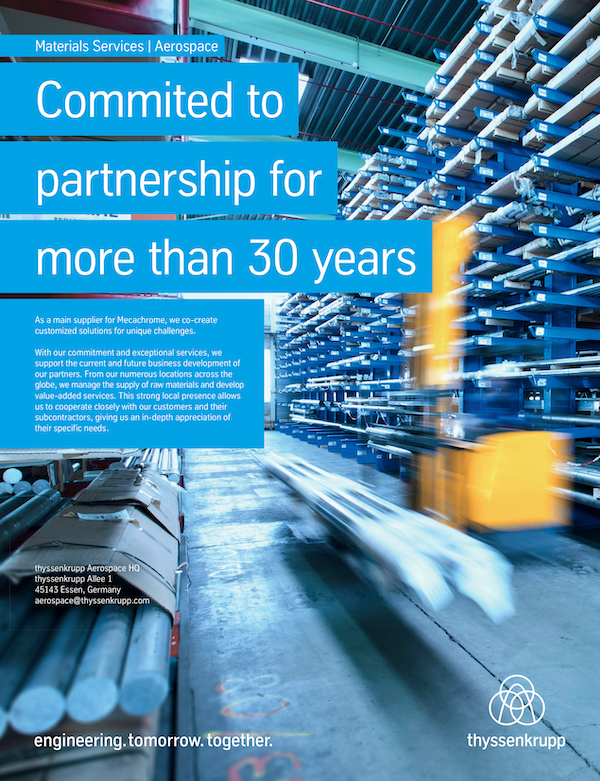