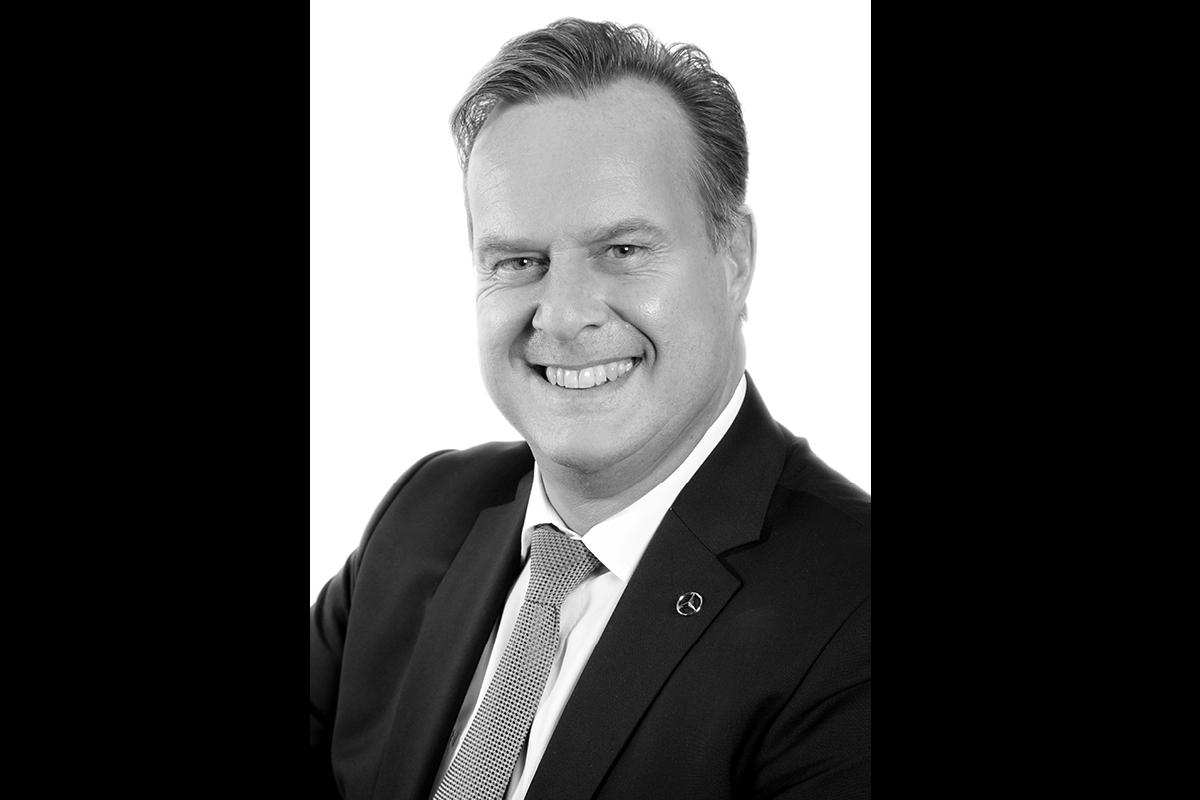 As home to the first Mercedes-Benz manufacturing facility in Europe outside of Germany, Kecskemét has proved more than capable of continuing the luxury brand’s legacy. The facility, located approximately 90 kilometres south-east of Budapest in Hungary, has an annual production of over 190,000 vehicles.

Prior to becoming CEO of Mercedes-Benz Hungary, Christian Wolff worked for its parent company, Daimler AG. While still with Daimler, Christian witnessed the Hungarian plant’s inception. “The idea to build a plant in Hungary came in 2008. We signed all the paperwork with the Hungarian Government and the local city government,” he recalls.

“I was attending that meeting with the board at that time and some eight years later, I was given responsibility for the plant.” The Kecskemét facility develops three of Mercedes-Benz’s five compact car models: the CLA Coupé, CLA Shooting Brake, and the B-Class. The CLA Coupé and CLA Shooting Brake are exclusive to the plant.

The Hungarian spirit says, ‘Let’s try it out. If it doesn’t work, we’ll try again.’ It’s a kind of pioneer thinking.

While the Coupé boasts power, fuel efficiency and a sports car touch, the Shooting Brake offers a spaciousness suited to more adventure-hungry drivers. The B-Class is a combination of the two, featuring a sporty design with several luggage compartments.

Becoming CEO is something that Christian hasn’t taken for granted. “It was an opportunity to have responsibility of an entire plant, not just a section like quality, logistics or production,” he says.

“And in Hungary, it’s not just a plant like it is in Germany; it’s a whole company. You not only manage production and some 4,000 people, you also represent the company in the whole country.”

Throughout his career, Christian has worked at Daimler facilities in the US, Germany and the Netherlands. “I’m glad I grew up in that environment and had the opportunity to work in different areas, countries and cultures. That kind of experience makes you ready to take on the CEO role because to run a product, you need to know the technical processes and the people.”

As a self-professed car enthusiast, Christian cannot imagine himself working anywhere else. “I’m a car guy,” he says. “Even after 29 years of experience, it still amazes me how one sheet of metal becomes a complete car in 36 hours.”

The German and Hungarian spirit

Christian believes the Kecskemét plant is strengthened by its combined Hungarian and German thinking processes. “The Germans have an engineering mentality and think that everything must be perfect, while the Hungarian spirit says, ‘Let’s try it out. If it doesn’t work, we’ll try again.’ It’s a kind of pioneer thinking,” he explains.

“The Hungarians are more pragmatic. In the past 50 years or so, they have learned how to make a good thing out of nothing. Here, at Mercedes, it is called the ‘Spirit of Kecskemét’.”

This spirit has led to some beneficial changes within the company. “We completely changed the parts-delivery process to the assembly line, and that was a really big step,” Christian continues. “Nobody in the company thought it would work. It was first applied here in Kecskemét and has now spread to every Mercedes plant.”

It is this spirit of experimentation that Christian encourages among his employees. “If we try an idea five times and it’s only successful three times, that’s fine,” he says.

“I don’t complain because it will kill the spirit that allows our employees to think about problems, solve problems on their own, and come up with good ideas.” He adds that it is very important to listen to what employees have to say.

“They have good ideas because they want to improve the daily business. I may know every shop but I’m not the best engineer or the best painter. Those working in the shop on a daily basis know how to improve it. So you have to listen to them and do something about it.

“If they bring some complaints or ideas and management does not react, they will eventually stop making suggestions. You can say ‘no’ to ideas that won’t work, you just need to explain why. That way your workers can also understand the decision.”

Christian takes managing the top floor seriously, something he learned while working at Tuscaloosa in the US. “I had a boss who came from Toyota,” he remembers. “At that time, Toyota’s production system was top of the class. He was a hard boss, but he taught me a lot.

“When it comes to shop floor management, keep it as simple as possible. I have all my production engineers sitting in the plant, not in an office building, so
that they are at the coalface and can address technical problems,” explains Christian.

It’s also a matter of keeping track of key performance indicators (KPIs). “We have a transparency about everyday KPIs. We have honest communication and a clear picture of what’s going on in terms of production, output, quality, and so on.”

The Kecskemét facility stands out from other car manufacturing plants Christian has worked at because it has a smaller management team. “I have nine managers for all the divisions,” he says. “We see each other several times a day and talk to each other. There’s no finger-pointing. It’s very important that managers work together and not against each other. And it’s simple here because we’re a small family.”

Christian uses his experience as a professional handball player in Germany as the basis for his leadership. “I played handball for almost 20 years,” he says, adding that he played in the second Bundesliga (tier) of the professional sport. “I learned that you can have the best player in your team but that player can’t win on their own.

“That might sound simple but if you look at the industry, you will see lots of examples where management doesn’t live to that rule. In my eyes, it is the key factor of success. It’s not the robots; these are the same anywhere in the world. Nor the equipment and processes, which can be copied. It’s the people and how you treat them that determines whether a plant is successful or not.”

As CEO, Christian strongly supports teamwork. “I like coming into the plant every morning,” he says. “You have some bad days and some good days, but you need to go in with a positive attitude, that’s important. And you need to like the people around you, otherwise you won’t be able to survive the 10–12 hours you spend in that environment.”

To be part of the working environment also means learning how to control your feelings. “Most of the time it depends on how you act,” Christian says.

“It is something I learned when I was young and left my job in Tuscaloosa. It was really sad. I liked the people and the job. Then I worked in the German plant in Sindelfingen. When I left that, I felt the same. When I worked in the Netherlands, it was a totally different environment. The first three months were terrible. But when I left, I had the same feeling. When I thought about it later
I realised it depends on what kind of environment or work philosophy you create.”

As a testament to the success of the Kecskemét facility, Daimler announced plans in 2016 to build a second manufacturing plant in the area. The estimated €1-billion facility will produce front- and rear-wheel drives. “I’m glad that I work in the compact car segment because it is a growing world for Mercedes,” Christian says.

“It is amazing to see where we started, how many cars we are selling now, and what’s predicted for the future. It will be a fully flexible plant, which means we can produce almost every model for Mercedes. It will also be flexible in terms of the type of engine, electric or combustion, that will go into the car.”

The new plant will feature a paint shop, body shop, final assembly station and a supplier park. In line with the growing Industry 4.0 trend, the plant will also have a convertible factory, complete with networked production systems and a fully digital process chain for greater efficiency.

We need to change our whole mindset and the way we work. We have to get away from that old-fashioned style of automotive companies.

As for the future, according to Christian, the main challenge for big organisations like Mercedes is to acknowledge that changes need to be made, despite a company having done well in the past. “Mercedes has been successful for years,” he explains.

“And do you know what it means when you’re successful? It means that you’re not so hungry or open to change. It is the biggest challenge we are facing right now in the whole Daimler organisation; that we need to change our whole mindset and the way we work. We have to get away from that old-fashioned style of automotive companies. We have to become a lifestyle company that offers mobility concepts in the future and not just cars.”

Careerwise, Christian is a strong believer in being curious. “One of my nightmares is that I would spend my whole professional life in one area,” he says. “But there are a lot of people who like that, who are not curious about the world. I’ve always had that curiosity. When I’ve had a job for three to five years, I think, ‘Now it’s time to leave’.

“Our management rules here at Mercedes say that every five years or so, you have to change your job. And that is good. I’m a Mercedes guy and have remained here for such a long time because the company has changed from a Swabian [south-west German region] car company, to an international business that offers lots of opportunities to work in other divisions and other countries.

“I haven’t needed to change companies because I’ve had a lot of opportunities in different areas. What other company can offer you the chance to work in a paint shop in Sindelfingen, then become COO at Mercedes-AMG, to now running a whole plant in Hungary?” he laughs.

“I’m happy with that experience. I really appreciate what I have learned so far and I think that as CEO here, you can give a lot of things back to the company and to the people.” 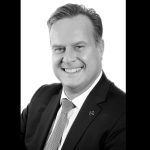