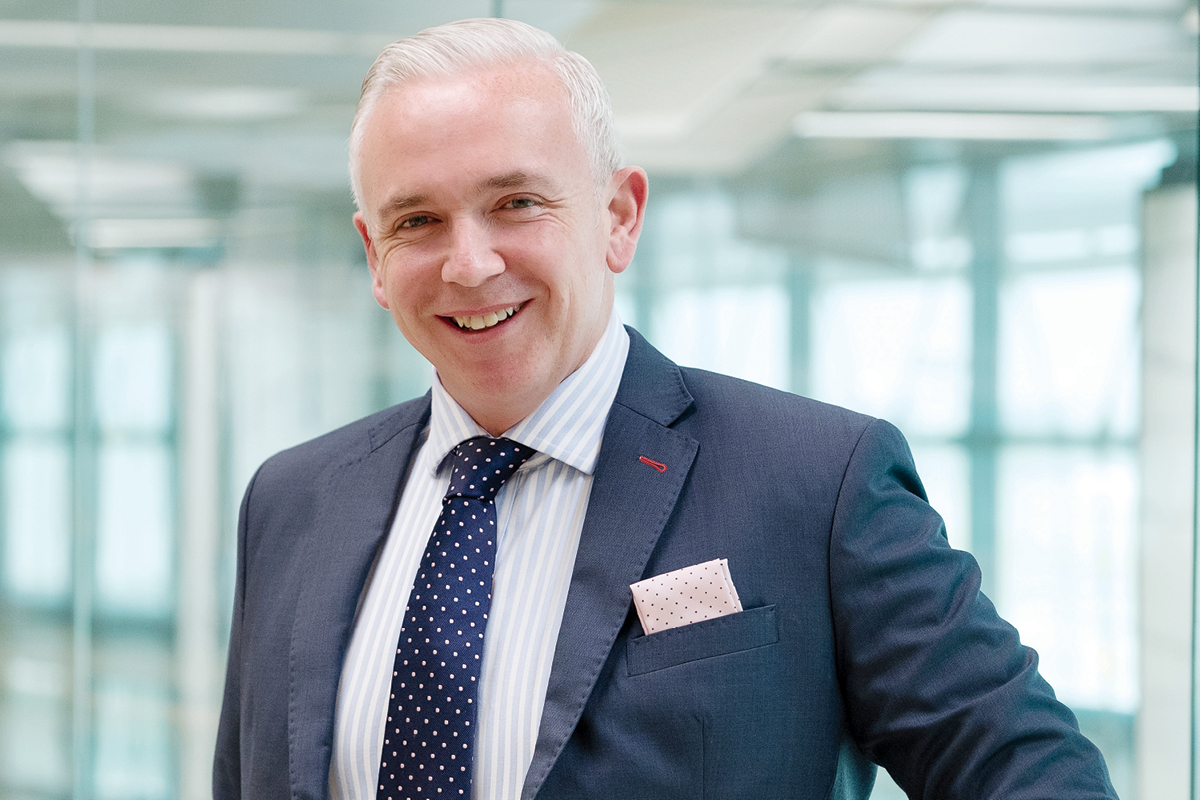 When National Air Traffic Services (NATS) CEO Martin Rolfe sat down with The CEO Magazine last year, he spoke about the implementation of digital systems in airspace safety.

Ben Kiff, Managing Director of NATS Middle East and Asia–Pacific (MEAP), is similarly eager to talk about these technologies. With fibre networks, high-definition cameras and remote sensing technology, he says air traffic management is on the verge of a “revolution”.

“With those new technologies, we won’t need traditional towers full of air traffic controllers and equipment because we’ll have cameras that can send images and data to separate control centres hundreds, if not thousands, of kilometres away,” he explains.

“We’ll have live imaging that can be used with other operational data, like radar labels on individual planes or the location of closed taxiways.”

In his capacity as Managing Director, Ben says smart tower projects are already being delivered in a number of places including Singapore, providing a testing ground for advancing new technologies without interrupting ongoing operations.

“It’s an exciting time for us, and this is part of a number of initiatives including the development of artificial intelligence (AI) operational performance tools that allow us to provide improved solutions for airports and air navigation service providers (ANSPs) in their quest to deliver operational and cost efficiencies.”

Originating in the UK, NATS is now present across four continents, with dedicated offices across the Middle East and Asia in Singapore, Hong Kong, Dubai and Abu Dhabi, providing a variety of services to airports, ANSPs and airlines in major travel hubs around the world.

Directing operations for MEAP means Ben leads the air traffic control company’s commitment to safety and operational efficiency in a diverse portfolio of countries across both regions.

Having left school at the age of 16 for a scholarship with the UK Police Service, it wasn’t until 2001 that Ben would become interested in aviation, when his curiosity was piqued after reading an article about it in a newspaper. 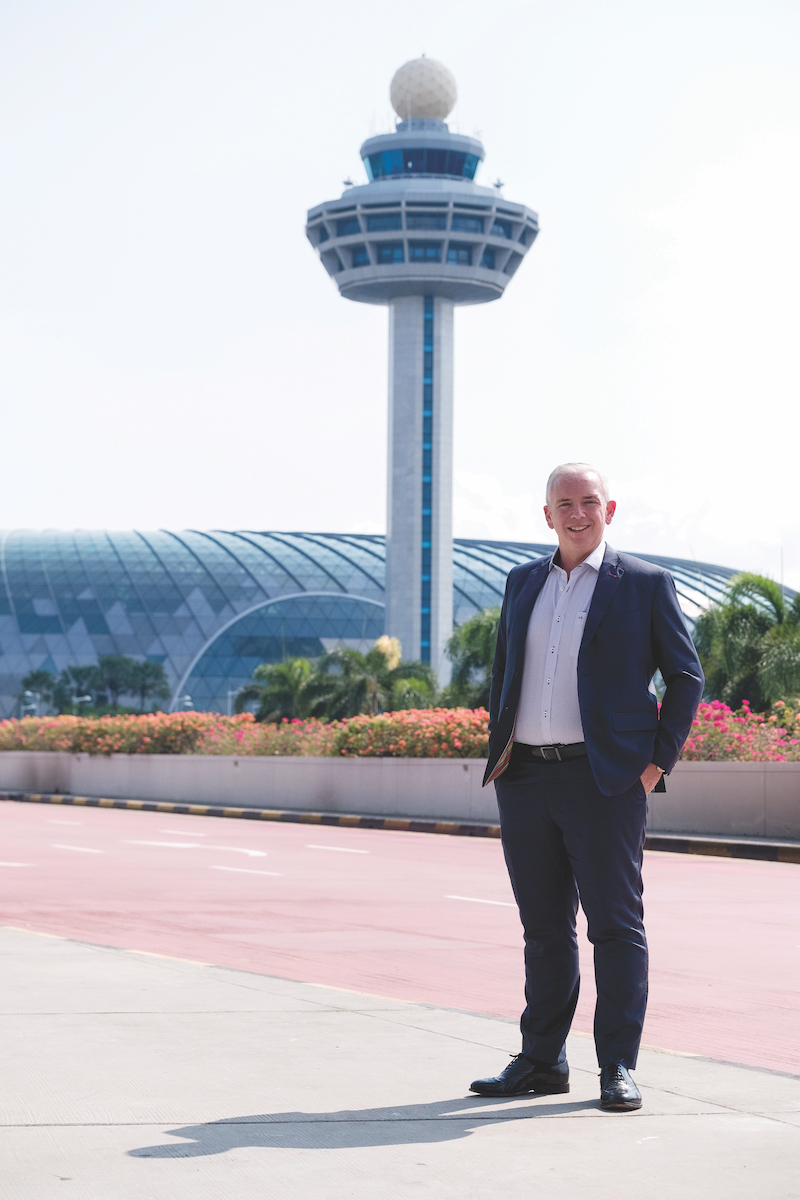 “Before that, air travel was something I did when I went on holiday. What I read described air traffic control as something I had the skills for and I wanted to get involved. The pay didn’t look too bad, either,” he adds.

Shortly after reading the article, Ben applied for a job with NATS and began working as an air traffic controller. He says this was when he realised “just how much was done behind the scenes” and began to appreciate the scope of the job.

“There are so many skilled professionals working to make sure our skies are safe and most people don’t realise how challenging that is. Because it’s unseen, it can be hard for people to appreciate the number of interactions taking place to ensure that air traffic management delivers every day.”

Joining when the company had entered a public–private partnership, Ben worked his way up to become sales manager for Europe and South Africa in 2007.

“The success we saw while I was there meant I moved into international training two years later and that’s when I began to see new operational needs and realised that our offerings were not aligned closely enough to our customers’ individual requirements. I organised merging the two priorities and oversaw significant growth in our services as a result.”

In 2014, Ben moved to the Middle East, where he worked as the head of operations and, later, regional director, and he put together what he calls an “agile and highly capable” team, which aligned with NATS’ underpinning values that support the advancement of aviation and safety in everything it does.

“I understood early on that we had to be versatile in the way we answered our customers’ challenges in the region. One size does not fit all.”

Developing operational partnerships in the region, Ben eventually became Managing Director for MEAP in 2018, being appointed to the Board of NATS Middle East and Asia–Pacific Entities.

Now leading the company’s area operations, he says NATS is well-placed throughout the region to respond to growth and to help fulfil its customers’ visions and goals across the global aviation industry.

“The key to success is to listen more and talk less.”

“The International Air Transport Association’s 20-year air passenger forecast predicts that there will be 8.2 billion air travellers by 2037, with more than half of them coming from the Asia–Pacific region. That’s why it’s important for a company like NATS with extensive experience and expertise to be there to support our customers in their challenges and achievements as we jointly manage the complexities and opportunities that growth will bring.”

Of course, for NATS to be successful in the future, it is essential that it continues to expand and improve the scope of its services. Ben is confident that with attention to emerging technologies, the company will be prepared for the challenge.

“The key to success is to listen more and talk less,” says Ben. “We must pay attention to our customers and truly understand their demands. We’re open to agile and innovative partnerships, and that’s because we want to meet changing needs and we want to continue to sit at the forefront of global air traffic management.”