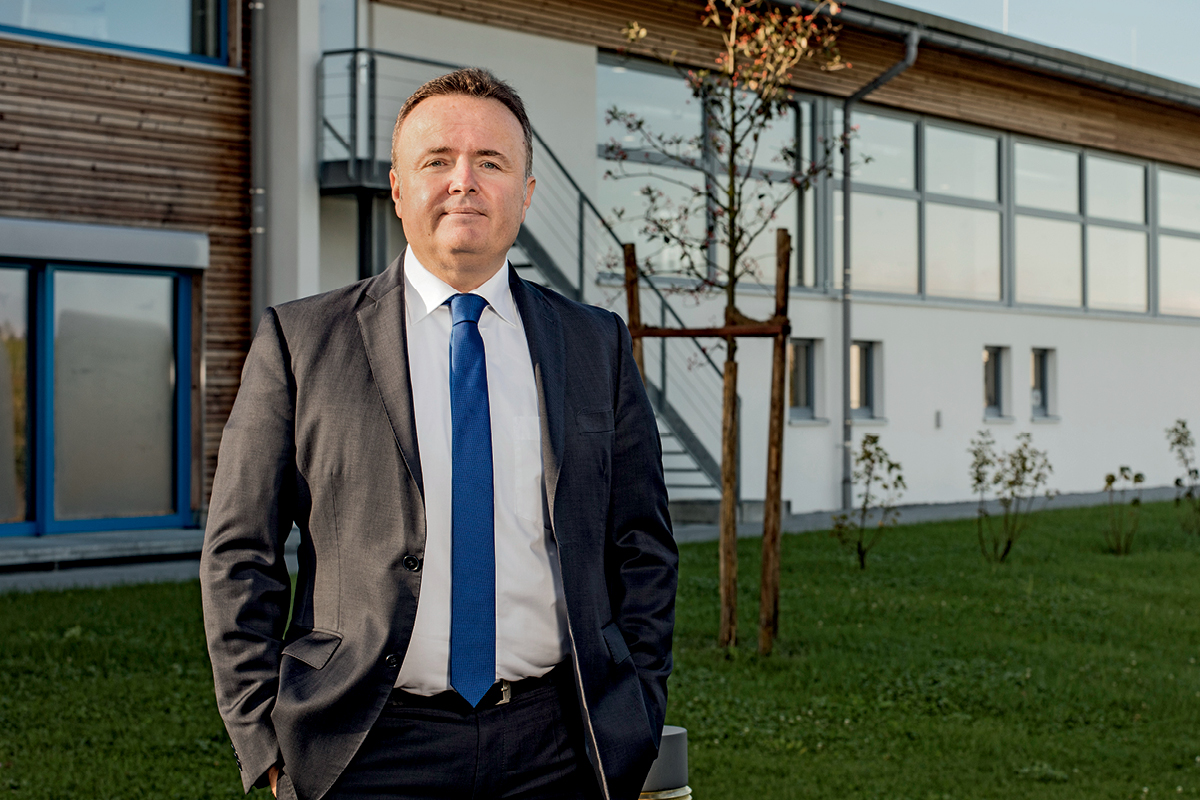 When The CEO Magazine last spoke to Dr Roman Sperl, CEO of Reiser Simulation and Training, in 2016, the company was about to deliver a flight simulator to its customers. Three years on and it’s been a great success. In fact, Reiser now has a second one operating in Norway. As Roman explains, however, delivering a simulator to customers is very much a hiring experience, rather than a purchasing one.

“When I say deliver, I mean that the simulator is kept by us and available for their use,” he says. “Many clients don’t want the burden of paying for equipment like this, so we provide them with an affordable service on demand.”

With the second simulator now up and running in Scandinavia, the demand is certainly there. “We’ve also built another H145 (Helicopter Simulator) for Norway and founded a company there, too, which is called NCCH and stands for Norwegian Competence Centre Helicopter,” Roman says.

“It provides training to the Norwegian Air Ambulance. The company is owned by us and so is the entire training centre, which we’ve built at Stavanger, a hotspot for the oil and gas industries.”

The helicopter simulator is a fuselage of the helicopter with an active cockpit area. Cutting-edge visualisation technology, such as virtual reality and augmented reality, are used to bring the experience to life – in ever-increasingly clever ways.

“We’ve added a sliding side door to the fuselage, where the winch operator can operate with goggles and can look out by means of virtual augmented reality,” Roman explains. “So he sees whether he’s got some cargo, or even maybe some patient on the winch.”

Roman acknowledges that technological advances such as this are driven by the need to constantly meet challenges in a rapidly evolving business environment. “Innovation is the motto; you need to think of finding solutions to the ever-changing world. The next generation, our kids, are growing up with tablets in their hands.”

But despite the challenges, Roman believes that Reiser is agile and flexible enough to meet them. “I think we are quite prepared for whatever the technological requirements will be,” he says. “Our company is not one of the biggest, but I think nowadays you need to be able to respond to all the changes and challenges quite quickly – this is a challenge for the big companies out there. The agility we have gives us a competitive edge.”

Reiser celebrated its 30th anniversary last year and has come a long way since its early beginnings with just one employee: German Air Force soldier and Founder Wolfgang Reiser working alone in his garage, Steve Jobs style. Growth has been rapid but steady. “Our growth has come from adding new capabilities and exploring new possibilities,” Roman says.

“Whenever we did something new, the banks were not always our best friend because they like to ask, ‘Have you done this before?’ Banks will go with a very limited amount of risk, and the rest you need to fill in with your own money.” That money has come from within as the company has grown.

Roman says the three main advantages of the family-owned model are the speed of decision-making, the solidarity in backing the right ideas, and the stability in the long-term. He also believes you cannot also simply ignore the personal touch that a family business gives. This is particularly so when it comes to supplier relationships. 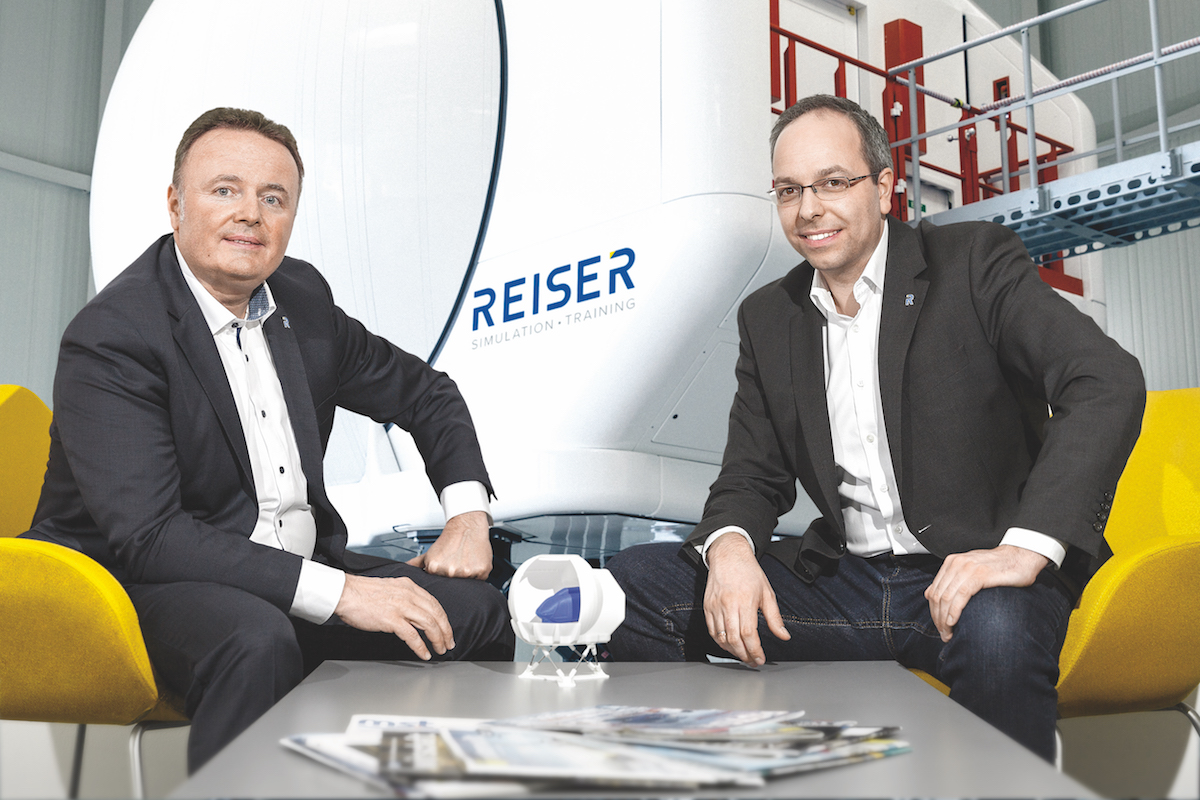 “We refer to suppliers as partners and we live by the motto: ‘Treat your partners as you want to be treated,’” he says. “I’m not a fan of trying to cut down costs by cutting suppliers. I think acknowledging the fact that the company is growing and that it needs to have these partnerships around it growing with you is essential.”

Roman has seen that message reinforced by being on the other end of the supply chain. “I’ve seen customers who did not treat us this way, who were always trying to keep us small, and who didn’t want us to grow, but this is not the right way. Everybody’s success is the other’s success.”

Customisation of products is another area in which Roman believes Reiser excels. “I believe that if the big companies think they’ve got a good plan, then they want to make money with a standard product,” he says. “In the simulator world, a lot of the big companies don’t generally grant a lot of customisation, but it is invariably needed.

This is why the customisation element has matured for us – especially in the HEMS (Helicopter Emergency Medical Service) sector. They go through a very customised training, which can be challenging. They need to fly out to oil rigs – they’re not landing with the helicopter inside of a city, they go into unforgiving environments.” In many ways, that’s a perfect metaphor for Reiser’s challenges and the brave and unique way in which the company is facing them. 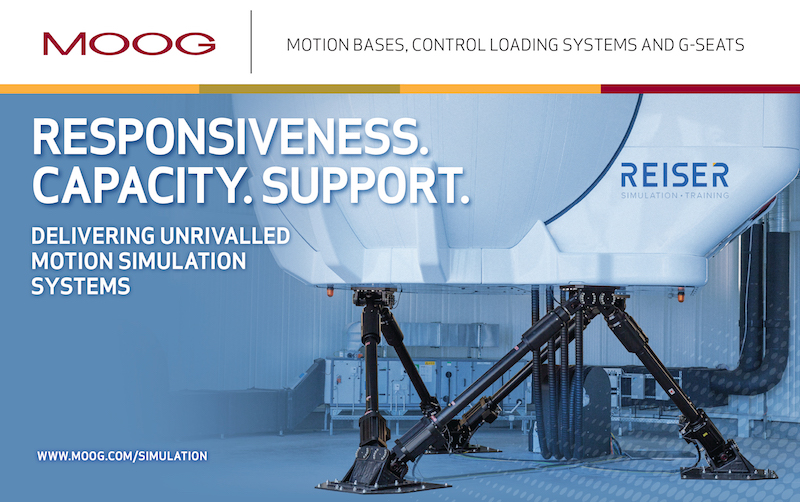 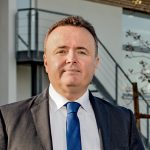