For learner pilots undertaking flight missions with military and defence organisations or for air services employees entrusted with the safekeeping of plane passengers, quality of training is paramount. Flying multi-million dollar aircraft can be a high-pressure situation and the consequences of any mishaps while in the air could be very costly — or worse, deadly.

While in-air training is crucial to the development of new pilots, or useful for those getting used to different aircraft and flying environments, the acute risk involved can be a significant hurdle for the learning process. It’s no wonder that the introduction of flight simulators has been an incredible boon for the aviation sector, providing access to replications of in-air experiences while removing considerable levels of danger and unease.

First developed in 1910, 7 years after the first powered aircraft took flight, the first simulation structures consisted of only 2 separate barrel halves to represent the craft and the cockpit, which were moved manually by those around it. Today, technological advancement has seen the increasing sophistication of flight simulation and training models, with more advanced calculations, motion systems and now the ability to realistically replicate the aerodynamic characteristics of different aircraft and flying conditions.

Reiser Simulation and Training has helped the aviation industry to bridge the gap between reality and imagination, and train its pilots in high-quality replicated scenarios and equipment without compromising the output. Through flight data collection and ongoing research and development, the company ensures an extremely accurate level of flight simulation solutions for a range of different aircraft, environments and purposes. 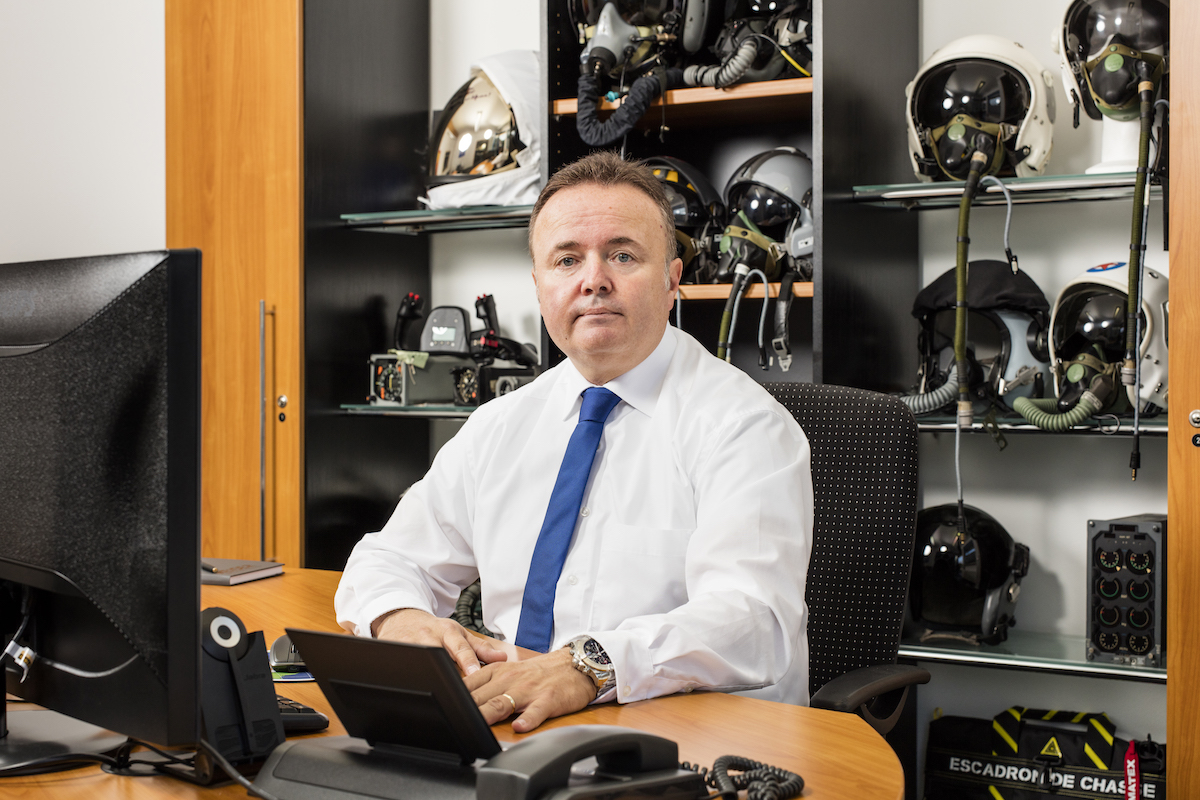 “We are delivering systems that are being used in the most difficult environments. Learning to fly aircraft creates a very difficult environment, so we need to excel in what we do in order to satisfy our demanding customers,” says Dr Roman Sperl, Reiser CEO. “They are right to be demanding, because the environment is such a challenging one. The training of pilots is so important for safety, and we want to be a part of their development.”

Factoring in conditions like air density, turbulence, wind shear, clouds and precipitation, Reiser’s simulation offerings improve skills in cockpit procedure trainers, flight training devices, and full-flight simulators for trainee pilots, as well as assisting technicians with the repair and maintenance of the aircraft itself.

Reiser is relatively new to full-flight simulation, only branching into the market officially early in 2016. Wind back the clock almost thirty years, and the business has come a long way from the one-man show in the garage of German Air Force soldier Wolfgang Reiser.

Wolfgang had worked as an aircraft technician, where he was first exposed to simulators, but chose to leave the military to pursue his own business producing electrical components and cable harnesses for the laser industry. Not long after, a helicopter manufacturer employee with an interest in flight simulation named Michael Stock moved next door to Wolfgang, and the two decided to collaborate.

From there, the business grew to supply the simulator industry with interface nodes known as network extended control systems (NECS). It then expanded into developing user interfaces before it began to build entire cockpit replicas. For more than 20 years the company was a supplier to the flight simulation sector and it was built up from a passion for flying and honed by working closely with leading aircraft suppliers, military and defence organisations, Roman says.

The company was granted its first major building contract 5 years ago, changing the course of the business. The contract was to build a simulator of the H145 civil helicopter to serve as a training aid for a German helicopter emergency medical service operator, ADAC. “We really gained momentum through that big contract and used that to transform the company from being a supplier to the simulator industry into a full systems provider,” says Roman.

Roman himself first associated with Reiser in 2001 when he collaborated with it for pilot assistance research for the Institute of Flight Mechanics and Control, as part of his PhD at the Technical University of Munich. He applied for a job with the company upon graduation in 2004 and was hired by Wolfgang Reiser himself as a Project Manager, before his business prowess led him up the leadership chain. He officially became CEO in 2012.

“We have seen constant improvement and proven that we can achieve goals that others told us were too difficult to reach,” adds Roman. “The key challenge with this first big contract, however, was to convince the customer that we could achieve what we had promised, even though it hadn’t been done before. When you’re always seeking to reach new horizons, a big part of it is convincing people that you can. It’s not only about setting a new goal, somebody has to believe in you.” 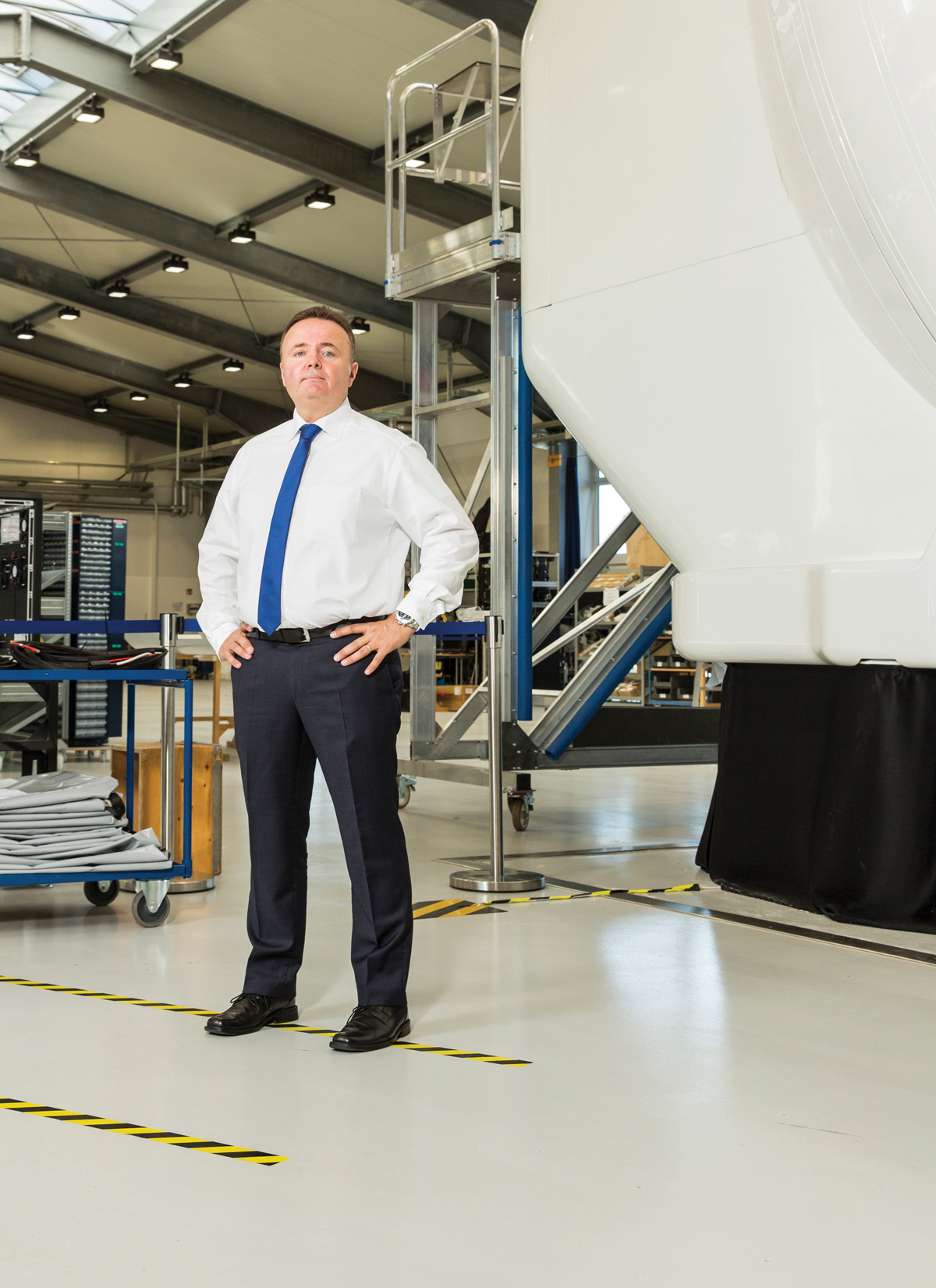 Reiser’s Bavaria base now has more than 5,000 square metres of design and manufacturing space with a passionate 200-strong workforce, all keeping their eye on innovation opportunities and the future of the aviation industry.<br />

When you’re always seeking to reach new horizons, a big part of it is convincing people that you can. It’s not only about setting a new goal, somebody has to believe in you.

Another recent project for the German and French governments saw Reiser build 5 maintenance training rigs for the NH90 Tiger helicopter. The exact non-flying replicas for the training and maintenance crews meant a saving of millions of euros for its client. Reiser is also now looking to stabilise and scale its expansion into the full-flight simulator market after the construction of its first commercial helicopter simulator, the Airbus H145.

“Once again, we were newcomers on the full-flight simulator market and there was nothing that we could really point at and say: ‘We’ve done this before’,” says Roman. “The only thing that was really constant in our development was change. Our people have really learned to get accustomed to change and take on new challenges.”

Reiser’s Bavaria base now has more than 5,000 square metres of design and manufacturing space with a passionate 200-strong workforce, all keeping their eye on innovation opportunities and the future of the aviation industry.

“Technologies like virtual reality and augmented reality have not only begun to make their way into the simulation industry but they are bringing additional enhancements to training, and may potentially replace some areas of very costly hardware,” says Roman. “The various aircraft cockpit concepts in conjunction with the operational environment dictate what a training environment will look like, so I’m convinced that new visualisation technologies will drive our product. We combine the stability of a family business with the agility of a start-up company,” says Roman. 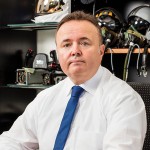