For our members: Hans Eisner 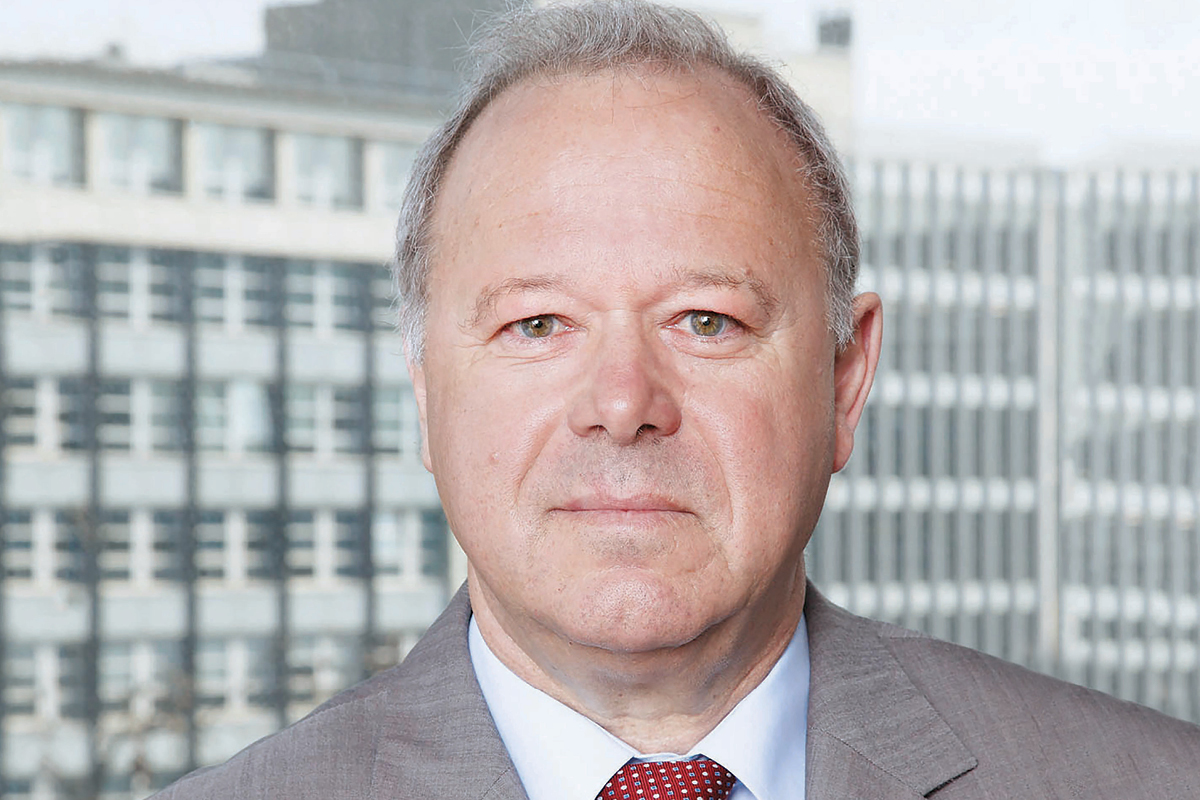 Created in 1990 as an alliance of automotive aftermarket professionals in France, Spain and Germany, GROUPAUTO International has now become one of the largest original spare parts distributors and servicers in the world, with members in South America, Europe, Asia and North America.

Affiliated with workshops and individuals in more than 65 countries, President and CEO Hans Eisner says the group is committed to delivering a competitive alternative to the aftermarket services offered by vehicle manufacturers.

“It can be difficult to explain why this business is so important to people because we don’t buy and sell goods in a traditional sense,” says Hans.

“But I think people should know that our growth as an organisation comes from engaging distributors and original equipment managers around the world. Because we’re running this business at the behest of group members, we’re not squirrelling away profit; any growth is pursued for them and nobody else. I think that’s what makes us so important.”

Working internationally with 50 OEMs, Hans says GROUPAUTO stands out because it is committed to only delivering equipment that is of the highest quality to customers.

“You can see that we’re not looking for low-budget solutions because we don’t have hundreds of suppliers. We only interact with OEMs. I understand the appetite for alternatives that are cheaper, but that’s not what we do. We offer the best services and parts at a competitive pricepoint.” 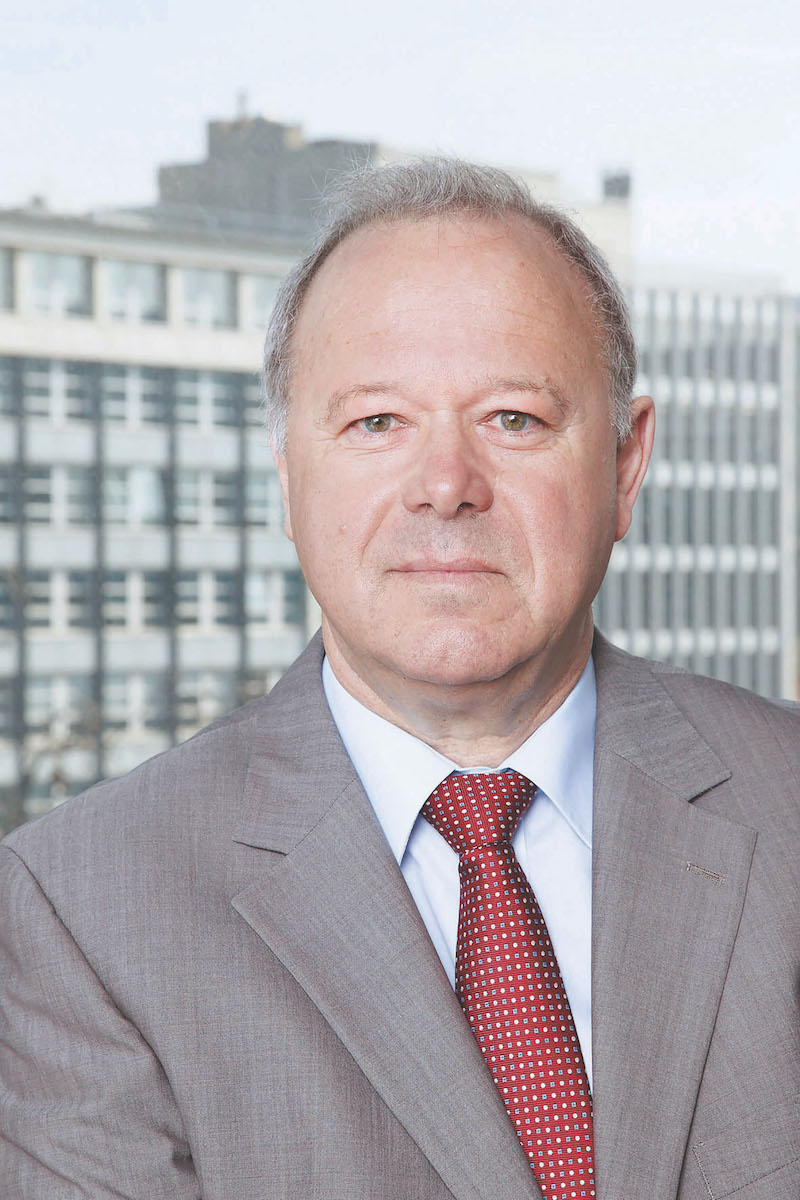 Hans has been in the automotive business for more than three decades and has worked with a variety of OEMs and leading brands across Europe in that time.

“We’re offering a portfolio of referenced suppliers and OEMs from around the world as well as helping with maintaining branding and relationships for the members. That way, they can focus on what they’re best at; delivering the highest quality parts and services to drivers everywhere.”

Hans’s career in the automotive industry is wide-ranging, having held national and international management positions for sales and aftermarket services throughout his professional life.

Starting as a sales representative with Gutbrod-Werke, an automobile and machinery manufacturer in Germany, Hans eventually became Managing Director of AlliedSignal in the 1980s where he was responsible for Bendix and Jurid’s German aftermarkets.

He says this was when he first became familiar with GROUPAUTO, after offering the company one of its first supply contracts. “I saw that it had potential and international footing, but it was not the strongest among competitors at the time.”

After joining TMD Friction in 2002 as Vice President, Hans moved on to GROUPAUTO in 2009, determined to expand the group’s international presence.

Since his appointment, GROUPAUTO has begun engaging closely with the Eastern Europe region, expanding into South America, the Middle East and North America, and increasing services from 20 to more than 65 markets.

“I think we can confidently say we are a global group now and I’m happy with the presence we have in the world because of that.”

Hans says that expansion will be important for the future of GROUPAUTO because “we’re exchanging knowledge across borders that is of enormous benefit to our growth as well as to our members”.

“GROUPAUTO International is an active member of FIGIEFA (International Federation of Automotive Aftermarket Distributors), a group that advocates for independent competitors in the automotive aftermarket. By encouraging competition with automakers, FIGIEFA “ensures drivers the right to decide where to have their vehicle serviced and repaired”.

Hans says that development in North America provided an immediate boon for the group; its latest member, Genuine Parts Company, is set to add more than €15 billion to the group’s current €12 billion in yearly turnover.

“You can add those two together and see that’s a big number,” says Hans. He emphasises, though, that the benefit of adding new members is not purely financial.

“In a group like ours, the access and knowledge we are receiving is invaluable to what we’re trying to achieve and sets us apart from competitors.”

“They’re two of the largest distributor-driven repair services in the world and we pride ourselves on their distinctive branding, professional reputation and relationship with OEMs. The names of those services can differ between regions, but each follows the same standards and instructions. They are services of immense value to the group and allow us to compete more actively with vehicle manufacturers.”

Under the EUROGARAGE International banner, the group offers individual vehicle owners and fleet managers an alternative to dealership services. Accessing original equipment, the global network of more than 6,200 garages in 26 countries can deliver affordable, quality assistance to its members.

Similarly, TOP TRUCK International – the group’s garage network of 1,400 workshops across Europe and South America – has brought that service to medium- and heavy-duty commercial vehicles around the globe.

“This is how we retain customers, distributors, members and suppliers. I’ve put a lot of effort into this over the past decade and we’ve more than quadrupled the number of garages we operate since then. I think it’s an important part of what makes this group so significant.” 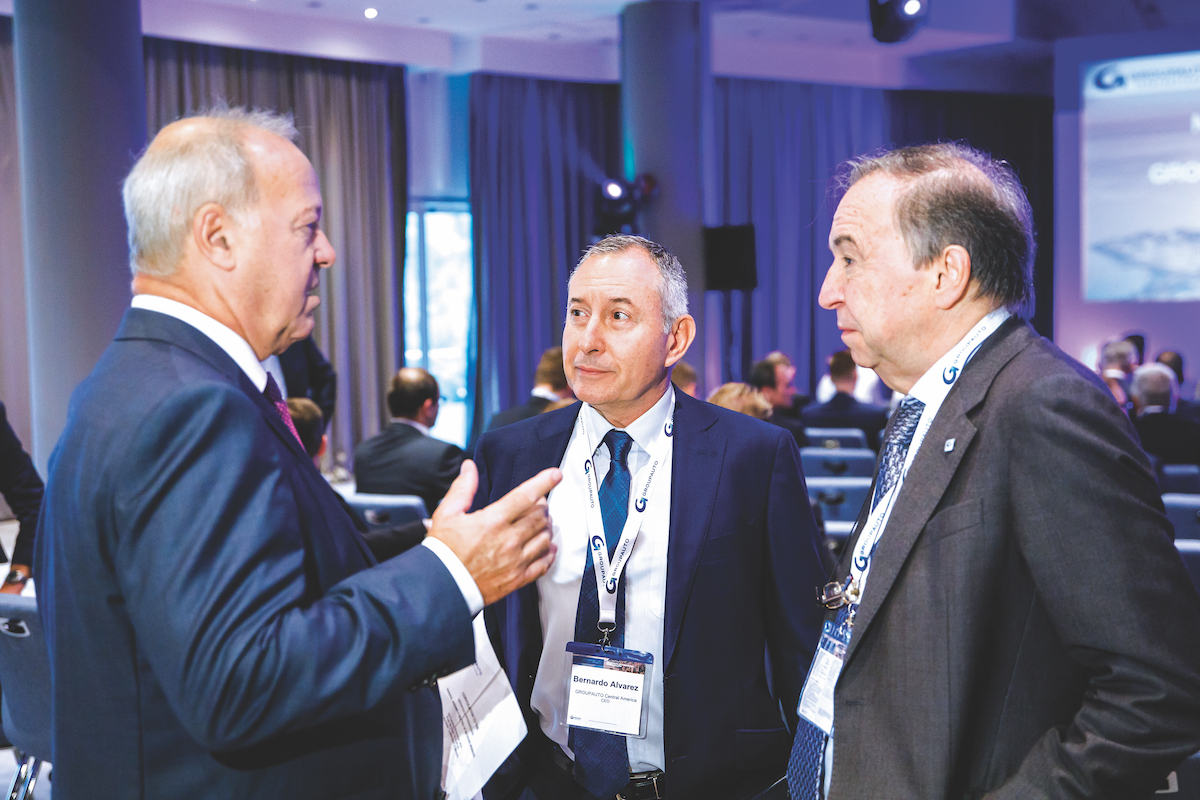 With the rise of telematics in the field of automotives, Hans says GROUPAUTO hired specialists to help the business better understand the field.

“We’re seeing cars now connected to servers, sending and receiving data. In the past two years in Europe, we’ve started exploring how to implement that technology in vehicles. That’s exciting for us and indicates a lot of opportunities for what we can do.”

GROUPAUTO is aware that telematics and vehicle interconnectivity could prove a threat to the aftermarket, despite the potential.

Robert Stevens, GROUPAUTO’s Director of Garage Networks and Technology, has said that centrally managed fleets will “pre-assign” cars to garages that are affiliated with automakers, inadvertently bypassing independent competitors.

With that in mind, GROUPAUTO has said it’s essential to stay ahead of technological advancements in the field.

Numbers to know at GROUPAUTO International

“If a car has a telematic connection with us, our workshops can analyse and diagnose its current state, review catalogue information and recommend repair and maintenance options accordingly. We want to be able to do that and leverage that innovation.”

Despite the difficulties telematics brings to the industry, Hans is optimistic about its potential.

“It’s important because it can provide us with information that will benefit the business. That’s another reason we want to develop an entire network that will allow us to manage complete fleets. That’s the sort of thing that is going to set us apart from our competitors.”

Hans likens an embrace of telematics in GROUPAUTO’s garage network to an understanding of the technology giving the group a key advantage over vehicle manufacturers.

“Nobody else has our organisation of globalised workshops for trucks and passenger cars and, currently, none are incorporating telematics,” he enthuses. “That’s the sort of thing that helps us be an industry leader.”

The company stands out by giving structure to the international automotive aftermarket. “It’s always been needed, and I think national businesses have always benefited from a group like ours that can help them compete,” says Hans.

The sector has reached a point now where “aftermarket repair services dominate because of the relationships we’ve helped build. I think all sides of the aftermarket have stabilised and, even though there are disagreements, there are common goals and agreements that we now all work towards.”

Today, GROUPAUTO’s network and ability to make connections across borders makes it a leader in the industry.

“We can bring affordable and effective original parts to under-served countries.”

“We facilitate international connections so we can bring affordable and effective original parts to under-served countries where customers are at a disadvantage. We can go to our suppliers and partners around the globe and provide a market for brands that customers can access and trust. I think that’s what makes us so important.”

If Hans wants The CEO Magazine’s readers to know just one thing about GROUPAUTO, it’s that the group is “committed to working with the best suppliers and providing a high standard of service. We want to ensure we’re working in the best interests of our members, paying back savings as advantages for our members. I think that’s as good a reason as any for people to believe in what we are doing.”

Although automotive aftermarkets are common today, a case brought before the US Supreme Court in 1961 challenged the legality of the entire industry. At issue was a company called Aro that manufactured cloth tops for convertibles separate from official carmakers.

As the top of convertibles would deteriorate over time, Aro offered an affordable solution that fit assorted convertible models. However, as it didn’t seek permission and didn’t pay royalties for the product’s design, the company was served with patent litigation.

In the Court’s ruling, it was decided that Aro did not infringe on the patent of vehicle manufacturers, as aftermarket repairs did not fall under the definition of “reconstruction”. Essentially, the Court argued that individuals were within their rights to repair what amounted to their own property.

A similar decision was made in 1986 in the UK, in British Leyland Motor Corporation Limited v. Armstrong Patents Company Limited when the House of Lords held that individuals were within their rights to modify their vehicles as they saw fit. Today, independent actors in the automotive aftermarket thrive as cost-effective solutions for customers throughout the world.