Getting Into Gear: Francois Tardif China became the world’s largest car manufacturer more than a decade ago and today, around 26 million vehicles roll off production lines there every year – more the US, Germany and Japan combined. While not many Europeans or Americans are familiar with its major manufacturers like SAIC Motor, Geely and NIO, the nation’s 292 million cars include more luxury and electric models than you might expect.

When carmakers around the globe began picking themselves up off the floor after the ravages of the coronavirus pandemic in September last year, the speed and scale of China’s recovery led Bloomberg to declare that the entire industry was pinning its hopes on the growth forecasts out of Beijing.

While German and Italian manufacturers were reeling from two months of double-digit contraction rates, China had somehow rebounded back to pre-COVID numbers. With a rapidly expanding middle class and a car penetration level less than a quarter of the US and half of much of Europe, the potential for growth is immense.

We’ve decided to take on these mega trends, so diversifying from an automotive-oriented producer towards the global mobility sector is going to be even more important.

The likes of Toyota, Volkswagen and BMW are seeing their Chinese sales surging, while Tesla has struggled to meet sky-high demand for the pricey cars assembled in the Shanghai factory it opened in January 2020.

The government wants 25% of road users to be in new energy vehicles by 2025 and more than a million hydrogen fuel cell cars on the road by 2030.

Such is the appetite for new models that only about a million of the nation’s entire output is exported, mainly to other countries in Asia, followed closely by Europe and South America. According to major auto technology manufacturer Faurecia, the Chinese domestic market will increasingly skew upmarket. 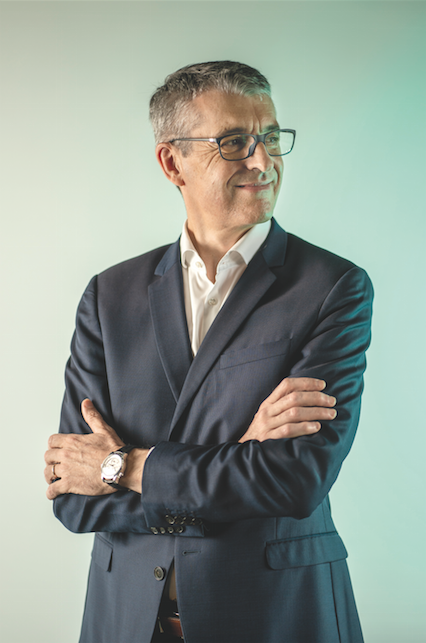 “As the Chinese economy grows, so will domestic car production,” predicts Francois Tardif, Executive Vice President of its Chinese operation. “And it won’t just be affordable brands. By 2025, half of all luxury goods sold worldwide will be bought in China by Chinese people. In fact, China will become the largest market for prestigious and upmarket brands in almost every industry. Standards are going to have to rise.”

Faurecia is a French company headquartered in Nanterre, one of the western suburbs of Paris. Formed in 1998, it employs 114,000 people and operates 266 production sites and 39 research and development centres in 35 countries.

In 2018 it was the ninth-largest automobile manufacturer in the world, and number one for vehicle interiors and emission control technology. One in three new cars contains at least one of its components. Faurecia entered the Chinese market in 1992 with a joint venture to open a factory in Wuhan.

Having established a head office in Shanghai, it continued to grow exponentially alongside the country’s car industry, and today employs 17,800 in five R&D facilities and 60 industrial sites across the country.

Francois, who worked for the company in his native France and then Germany before moving to China in 2017, says that despite the past year’s setbacks, its sales will double to US$5.9 billion by 2025. “In the first quarter of 2020, the whole industry in China shut down and all our customers closed their plants,” he reflects. “The pandemic was rapidly brought under control so the economy could gradually recover, and workplaces were able to reopen once they’d secured safe conditions for their workers. By the second half of 2020, we were seeing double-digit growth of our sales.”

However, COVID-19 did more than just interrupt everyday life around the world for a few months. Francois strongly believes that, when the dust finally settles, it will have fundamentally changed the way people view themselves and the impact they have on the planet.

“We can see everywhere a renewed emphasis on sustainability, so individuals are now more concerned about emissions control and being more environmentally responsible,” he points out. “A good place to start is the car they drive. They want to know it is safe and not pumping out carbon. We can clearly see in the past year an acceleration in the electrification of vehicles.”

China has been the world’s biggest emitter of greenhouse gases for 15 years, with International Energy Agency figures showing the amount of carbon dioxide released increasing 80% since 2005. 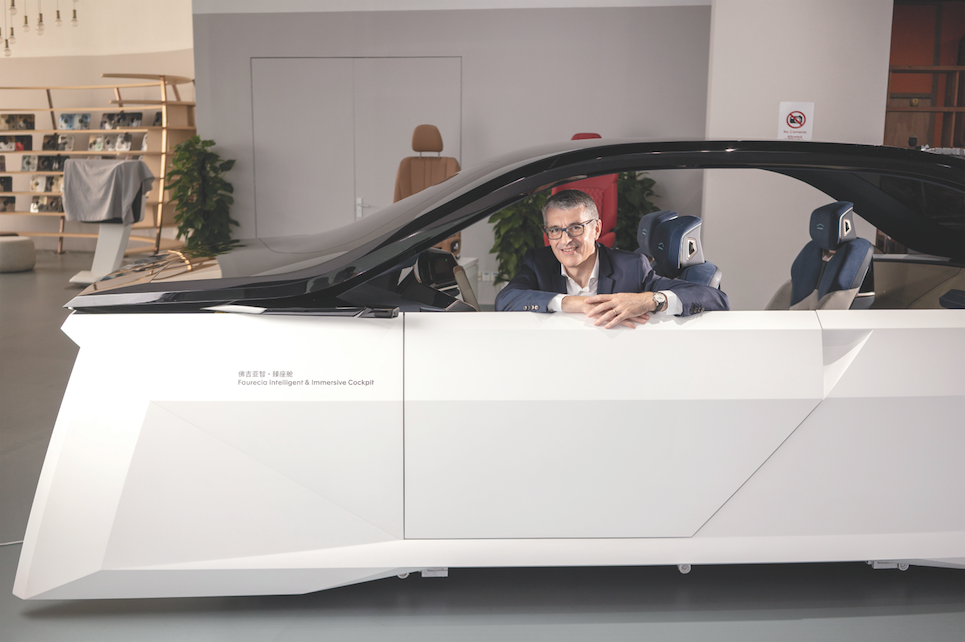 A clean air policy was introduced in 2013, which has eased the situation. There are currently no Chinese locations among the World Health Organization’s list of the 15 most polluted metropolises on Earth.

That said, there are still 23 Chinese entries in the top 50, so there is much work to be done. However, in November 2020, President Xi Jinping made a pledge for the first time regarding greenhouse gas emissions and carbon neutrality, saying emissions would reach their peak in 2030 and that China was aiming for carbon neutrality by 2060.

“We are very pleased about the commitments of the government in the field of hydrogen energy,” Francois admits. “Not just consumer subsidies for the purchase of new hydrogen-powered vehicles, but also significant incentives for companies in the fuel cell supply chain.

“China’s commitments to energy transition echo our own path towards CO2 neutrality by 2030 as well as our ambition to become a world leader in hydrogen mobility.” Faurecia recently unveiled a hydrogen-powered commercial vehicle with a seven-tank storage system and a driving range of an impressive 700 kilometres, declaring that it’s on track to be a leading player in hydrogen mobility.

“It’s very clear that Faurecia will play a significant part in the electrification process. We’re investing heavily in hydrogen and have made some acquisitions in that regard so we can really explore new, game-changing technological advances,” Francois says.

“Achieving carbon neutrality has become urgent, the number one priority for many of our customers. I’m proud to be part of a company that’s so proactive in the drive towards clean energy, and at the forefront of pushing to see what’s possible.”

Part of that drive is putting more time and money than ever into innovation. According to Francois, the next 12–18 months will be critical in providing solutions throughout its range.

“Probably the aspect of the business I’m most proud of is our partnership with FAW Group, China’s state-owned car manufacturer,” Francois says. “Faurecia wasn’t seen as an electronics company, so we had to convince them of our expertise. We invited them to visit our headquarters in France, and then agreed that we would work together on the smart cabin. We could show them all these exciting technologies, display screens all over the place, innovative hypervisor technologies. It has really transformed the Group.”

“We have to monitor future trends very carefully to spot areas we know are going to grow. So cost-effective battery electrification is a given, ride-sharing vehicles are becoming very popular in China and so is autonomous driving,” Francois explains.

“Then there’s all the connection services. At Faurecia Group worldwide, we’ve decided to take on these mega trends, so diversifying from an automotive-oriented producer towards the global mobility sector is going to be even more important.”

China will become the largest market for prestigious and upmarket brands in almost every industry.

The smart cabin, also known as the ‘cockpit of the future’, is about optimising the time spent travelling, either as a driver or passenger. Long car journeys along congested roads plagued with traffic jams aren’t going to go away anytime soon, but that doesn’t mean they have to involve mounting stress and frustration.

“People are more conscious of making the most of their time, so none is wasted. It’s our duty to make every journey as fulfilling as possible, even if it’s caught up in traffic trying to get home,” Francois says.

“So we have to make sure that, if someone wants to work, they can. If they need to communicate, they have that option open to them. If they need decent internet access, we’ve made that possible. And if they want entertainment with any kind of media, it’s available. It needs to be seamless, easy, no thinking required.”

Perhaps the most significant move Faurecia has made towards becoming a global leader in cockpit technology was the purchase of Japanese auto tech group Clarion in 2019 to form Faurecia Clarion Electronics.

The new business group employs 1,650 engineers and is estimated to generate more than US$2.9 billion in sales by 2025 Clarion had been an original equipment manufacturer for the likes of Ford, Suzuki, Toyota, Peugeot and Saab, and has also been integrated into Faurecia’s Chinese business.

This has further enhanced its digital credentials, although Francois admits the process wasn’t without its challenges. “There are a lot of cultures in the mix – Faurecia is French and we bought Clarion, which is Japanese, and incorporated it into China. We also had teams coming from Parrot, another French company we’d bought,” he says.

“Different countries have different ways of working and their own traditions, so we had to try and create a homogenous organisation. It’s not easy when you have to put everybody together and you can’t listen to every single opinion. Sometimes you have to be a bit directive, but overall, I think we handled it well and it was a successful period. It has certainly made us more efficient and competitive.”

Another task Francois had to accomplish in the months following his arrival was to create a new mindset within the Faurecia Chinese team. “Halfway through 2018, we’d had a downturn in the Chinese auto industry, which had lasted a full two years, and none of our teams had experienced a situation like it,” he remembers.

“They’d been used to a pattern of continuous growth, so I had to adjust the thinking towards a more mature market. There were still opportunities for us to exploit, but we all had to understand the big picture and that, if things aren’t going exactly as we want, it doesn’t mean it’s necessarily a problem.”

Now, the future is looking much brighter, and Faurecia has established itself as the most ambitious and technically astute player in the market. “It’s a very exciting time for China as consumers have higher expectations in terms of quality and style, so every manufacturer will have to lift its game,” Francois says.

“We’ve been designing premium interiors with uniquely Chinese characteristics fora few years now, so we have a distinct competitive advantage.” 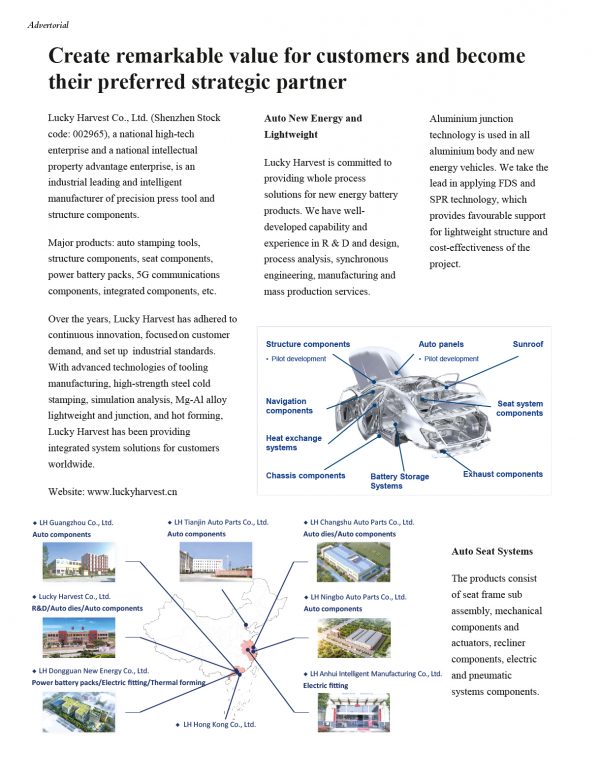 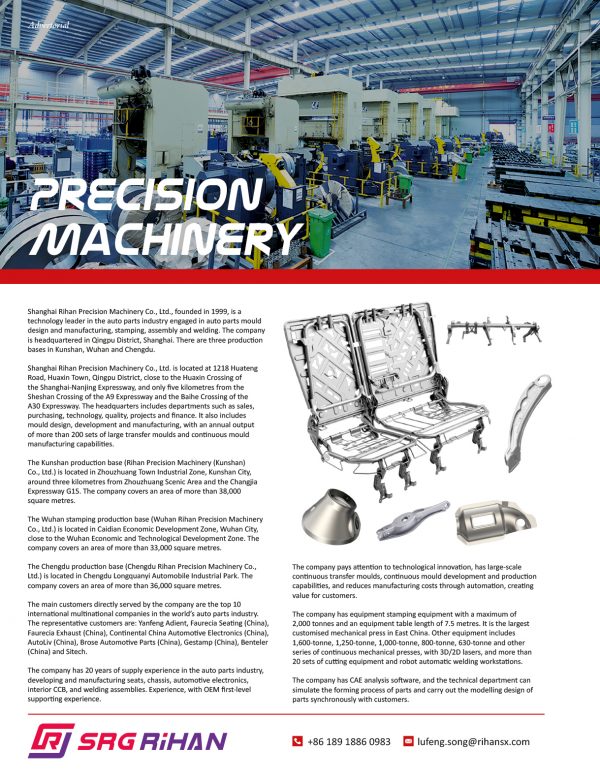