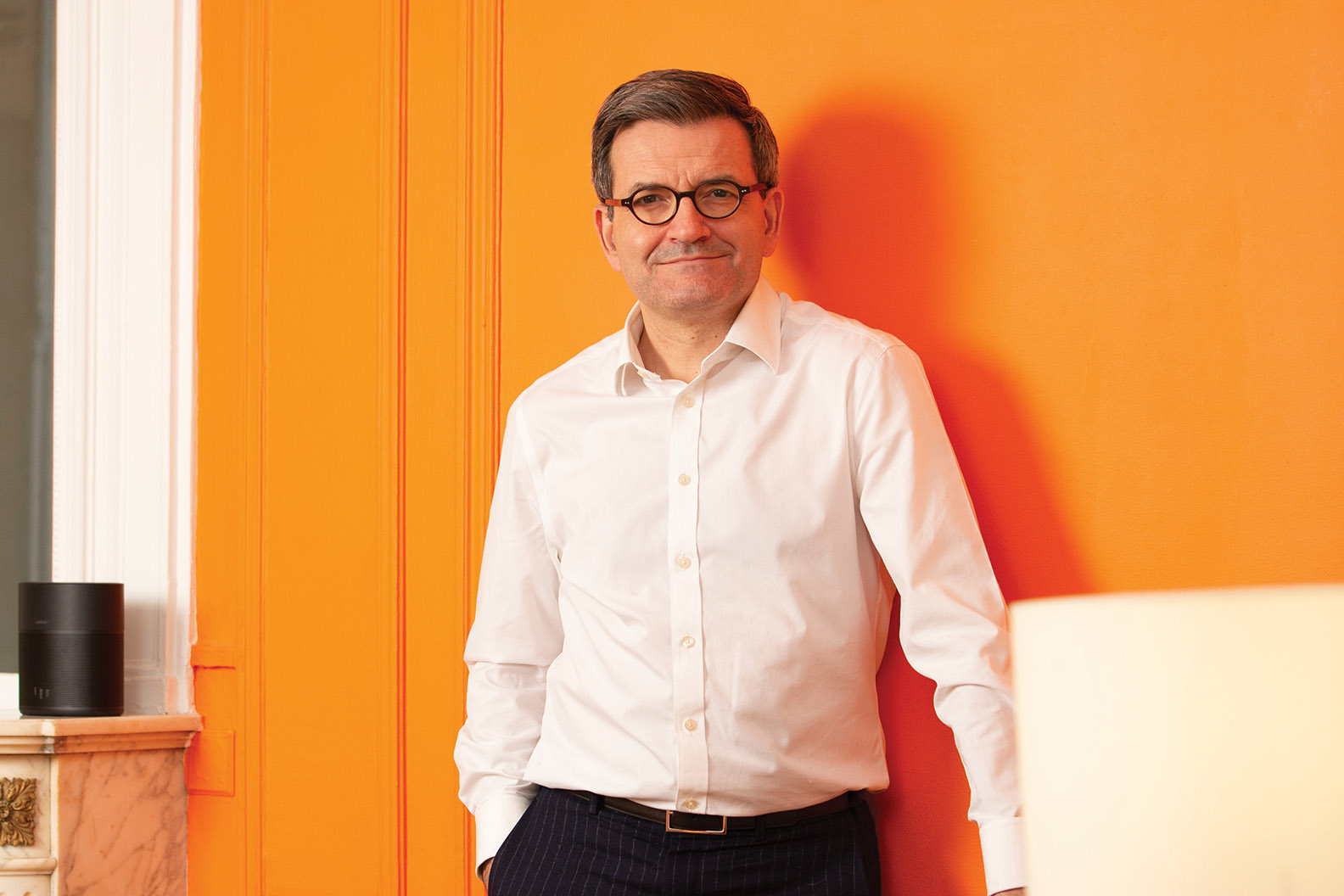 Strength lies in numbers, as the saying goes. And for like-minded people, greater numbers provide the centrifugal force to build momentum and generate change. It’s certainly a force for change at Nexus Automotive International, the community of aftermarket product manufacturers, sales, distributors and retailers of automotive parts and accessories.

For CEO Gael Escribe, momentum is everything as he drives an uncompromising campaign to advance its reach and influence. Based in Switzerland, Nexus is a global business network providing solutions to passenger and heavy-duty vehicle parts distributors and original equipment manufacturers.

Gael formed the company in 2014 following two decades of working in the aftermarket industry, first as General Manager of Valeo Service for the company’s aftermarket operations in Eastern Europe and then Northern Europe.

In 2005, he moved to Delphi, with global responsibilities. This industry experience triggered a train of thought that morphed into Nexus. During those formative years, he realised that the industry needed an umbrella organisation that could provide a line of contact between companies in the industry and outside it, for the greater good of each company and the industry as a whole.

“We have established lines of distributors, with 1,700 companies affiliated to the Nexus community. This is the result of six years of work,” Gael recalls.

“We have the best manufacturers involved in the Nexus community and we’re utilising it to accelerate their growth around the world. That’s the core business that has growth in the future; it’s still not finished. There are more countries we are going to develop, where the community still has growth potential, and that should bring us progressively to a €30 billion value. Soon we’ll reach 2,000 affiliates around the world.”

Nexus includes very large manufacturers, historically European and American, along with several Japanese companies supplying its affiliates around the world. Nexus plans to break its dependence on Europe, so it is establishing two supply hubs – one in the US and one in Tokyo – to become a truly diversified supply chain.

“That will put us in a position to promote the global industry, not just European and North American manufacturers,” Gael says.

We’re going to work on green business opportunities because being green is not just an obstacle to business, it’s something that will change our lives.

Nexus has four business units based on heavyduty, retail, ecommerce and product sources. It has now also created another market approach, called IAMAGA – a concept it launched initially in the East and West African markets, where it built local structures, grouping smaller distributors into one community. 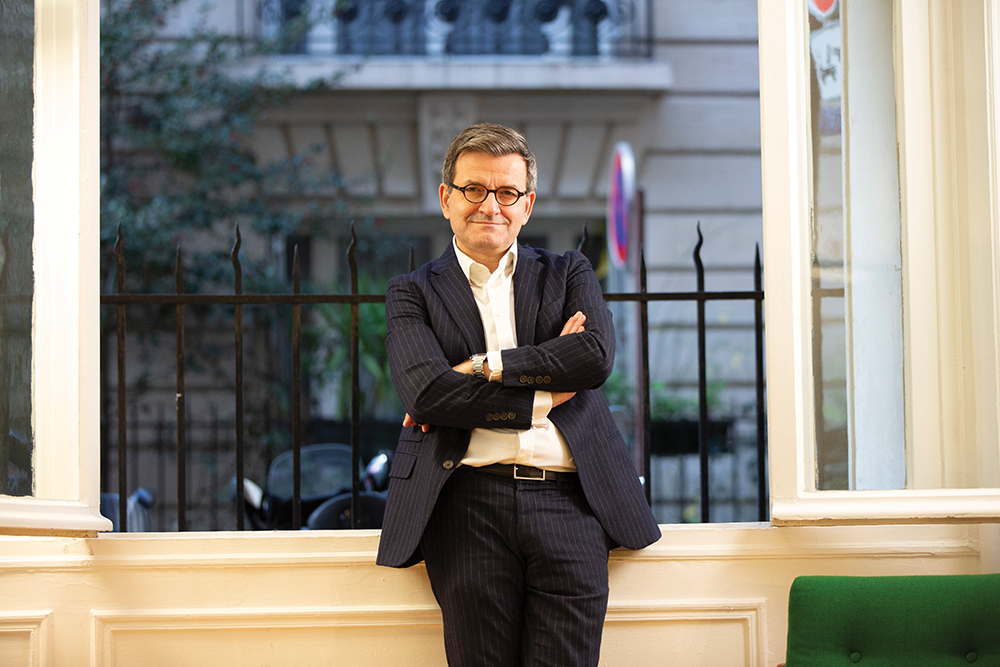 It enables a single point of contact to suppliers, and between Nexus and the various automotive disciplines, to provide members with easy access to people with expertise in their field.

Last year, the IAMAGA concept was launched in China and called NEXMENTO, managed by James Zhang, Nexus Business Developer Asia Pacific. Under this arrangement, the company is approaching Tier-2, Tier-3 and Tier-4 cities to dig deeper into the wider Chinese market and distribution chain, and get closer to the workshop level by supporting distributors in smaller cities.

“We laugh when we say smaller cities because, compared to Europe, they are still big cities,” Gael points out. “They need more support from a group like us to help them with procurement of products and some added-value services like training. We are putting feet on the ground to help members.

“We have done a lot of offline and online training – we created a digital platform to launch academic training and we have a platform for workshops as well. We call it a joint certification project. The idea is to help our suppliers go to the workshop level, because that’s a common need for suppliers today in China. We help our workshop customers to have a closer connection with suppliers – that’s why we created this NEXMENTO structure in China.”

The mobility service revolution is something in which we want to play a role.

This concept fits neatly into its model of creating entities for seeking answers to problems in the aftermarket industry. Nexus develops dedicated companies – usually startups in the early stages – to provide services that meet needs in its community.

“We see an opportunity and then establish this service ourselves to build a standalone company,” Gael says. “For example, we created a digital marketplace called marketparts.com three years ago to enable wholesalers around the world to trade. It has grown exponentially, especially during COVID-19, and it’s now utilised by manufacturers to sell their overstock and create opportune commercial activities. It’s used as a tool to reach an audience that is not reachable by the sales force, or even historically by the manufacturer.

“We didn’t understand why buyers were spending so much time trying to find, say, 20 pallets of a product somewhere around the world. Now, in 30 seconds they have offers. And we now have six million parts in the marketplace. It’s the biggest such marketplace globally.

“There is still a lot of work to do, but technologically we are now done. It’s really a commercial expansion more than a technological battle. We now have 1,500 B2B buyers and sellers, which constitutes a very convincing community. It’s an example of a startup that is flourishing out of the Nexus culture with a dedicated team.”

To support its growth, Nexus has developed a service that became a phenomenal value creator – a training institute, the N! Academy, teaching thousands of individuals related to the aftermarket community.

The institute is somewhat handicapped by today’s pandemic situation, but there is still a strong demand in the industry for physical training. “We could call it ‘phygital’, and mix the physical and the digital training,” Gael quips. 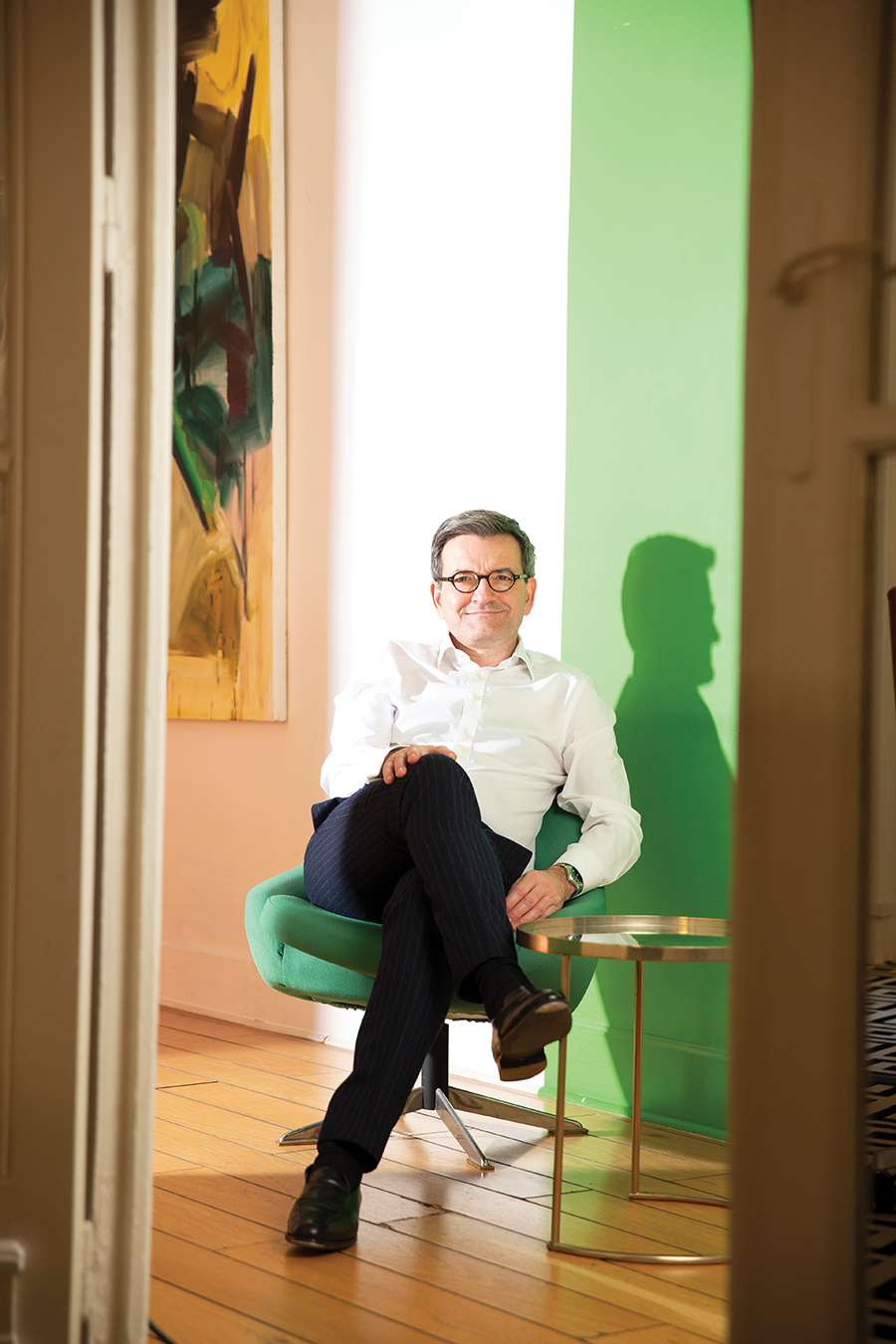 “At the moment we are also working on what will probably become the biggest startup for Nexus – a company we are establishing with manufacturers that will partner, probably with McKinsey, to provide market intelligence to the global aftermarket. The industry is really looking for more transparency and more information to drive its future steps.”

According to Gael, with autonomous cars on the horizon, the automotive and aftermarket industries are transforming into a single high-tech sector. Given the massive technology changes this will spawn, he sees Nexus as a key ingredient in this transformation.

“We know that the autonomous car is coming, but with the number of cameras in an autonomous car, this requires skills that no garages today in Europe are capable of coping with. And if this is for Europe, you can imagine what it means for Africa. We are investing enormously in professionalising this industry through training at the Nexus Academy.”

Not content with those ambitions, Nexus is also investigating a ‘green’ agenda for an industry that is little involved in the fight against climate change. While automotive manufacturing companies are working aggressively on green plans for its vehicles – very often forced by legislation – the aftermarket sector is being left well behind in this industrychanging development.

“We’re going to work on green business opportunities because being green is not just an obstacle to business, it’s something that will change our lives,” Gael says.

“We need to invest. We need more discipline. We need to put processes in place. Nobody wants to do that because it’s just painful. But when you have a green era in which the aftermarket will provide lots of opportunities, then the eyes of entrepreneurs start to shine. That is the fun side of it.”

“The green agenda of our community is a very complex challenge because we need 1,700 companies to have a common platform for one, from Chile to Japan. We have asked our strategic committee to think about at least one common denominator to bring everybody to a common green direction. And we have asked our community to come up with opportunities to make the aftermarket greener. This year we’ll work on one or more of those business opportunities that could become separate companies as well, but with the objective to provide a greener product or service to the aftermarket.”

The aftermarket industry is in a position to play an important role in the development of mobility services, both locally and globally. Nexus has seen an opportunity arise in this sector and is planning to be an integral player in the field.

It is unknown by 99.9% of the global population as an industry, says Gael. Mobility services in general are becoming more important in the daily life of consumers.

It’s great to work in and with teams – that’s the human side of this business that has always excited me enormously.

“We will see how we can take the lead in initiatives in a larger mobility service ecosystem.” The shareholders of Nexus will invest €50 million to launch a mobility platform, with the ambition to globalise and expand this platform with partners. Gael sees the role of Nexus as finding partners and transforming this mobility platform into the future.

“I’m talking about India, because it has an incredible IT infrastructure,” he explains. “Now we have to transplant this to a European market and then obviously to North America. The mobility service revolution is something in which we want to play a role, with our history in car repair and parts distribution and development.”

With almost 20 years in two multinationals under his belt, Gael says it opened his eyes to intuitively see the industry’s future and what had to be done. Those years also helped him develop a leadership style that has proved invaluable in taking Nexus on its rapid ride to success.

“The most important thing is to have the capability to build teams and to delegate,” he points out. “It’s vital to be able to share this entrepreneurial fibre with the team and emphasise the directions and execute plans as best we can. Learning that leadership style has helped me immensely. That’s how we have developed at such a fast pace.” 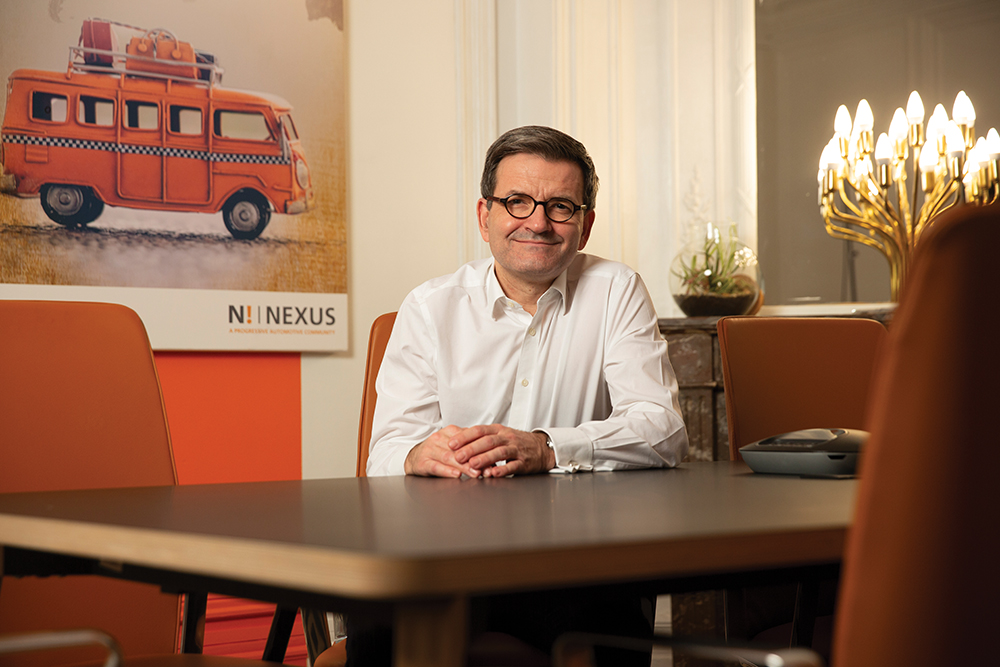 The aftermarket industry is still fashioned in part by its historical structure, based on family businesses that still make up a sizeable portion of the sector. That is at odds with the automotive industry, which is almost entirely multinational. The difference is obvious in corporate relationships, Gael says, because of one defining factor: people.

“The difference between the aftermarket and the automotive sector overall is that the aftermarket still has a family business structure,” he explains. “That brings lots of relationships, social and human interactions into the business. So there is a huge human factor that makes it delightful, because in addition to being driven by more and more high-tech innovations, you work with people. Business is people.

“In this industry, you don’t work with companies, which is fantastic because you learn enormously from people. It’s great to work in and with teams – that’s the human side of this business that has always excited me enormously. I hope that even with the consolidation that is happening, this industry will keep its human dimension, which is very enriching.”

Despite COVID-19 and its attendant economic havoc, Gael is confident that Nexus and the aftermarket industry will pull through and prosper in the future. “In our core business we should not see major impacts in 2021 if things go on as they are, which is a life mixed with discipline,” he says.

“At the end of the day, when you have an entrepreneurial spirit you’re ready for change, and that’s the most important thing. Whatever happens tomorrow, we’ll be there to adjust because we have the entrepreneurship and the reactivity to address and adapt to change.” 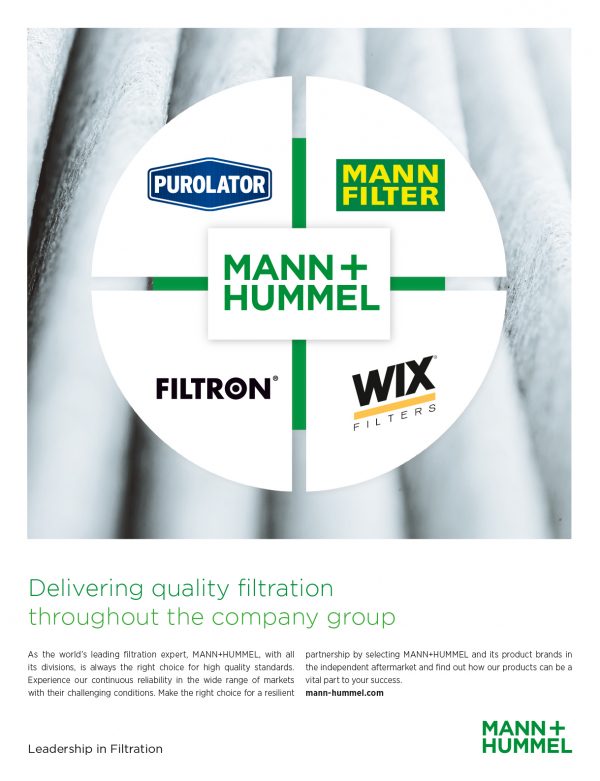 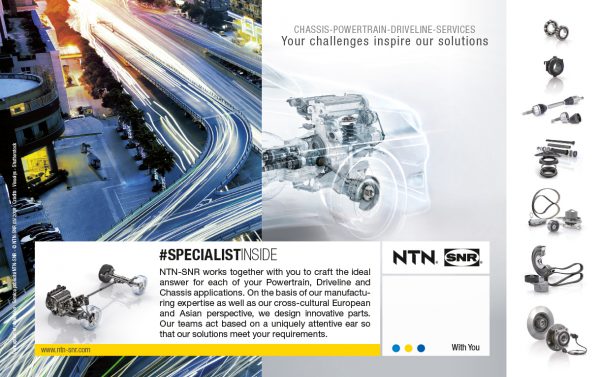 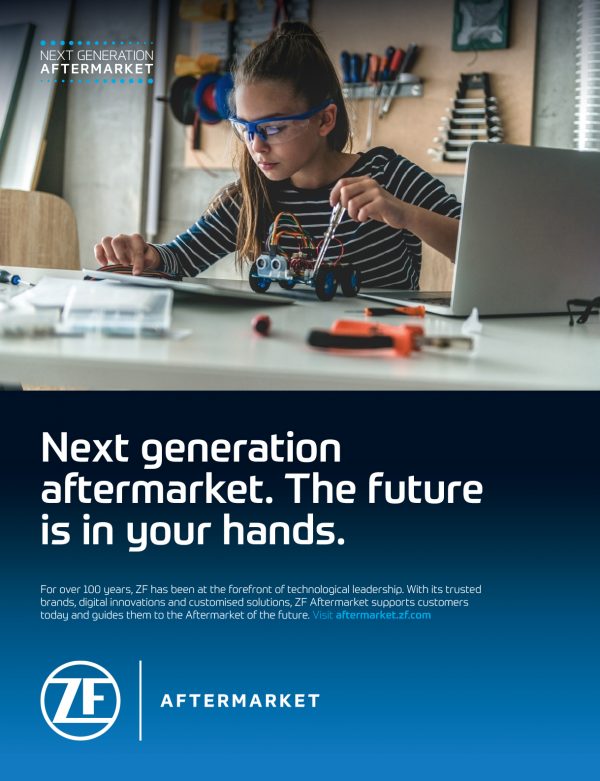