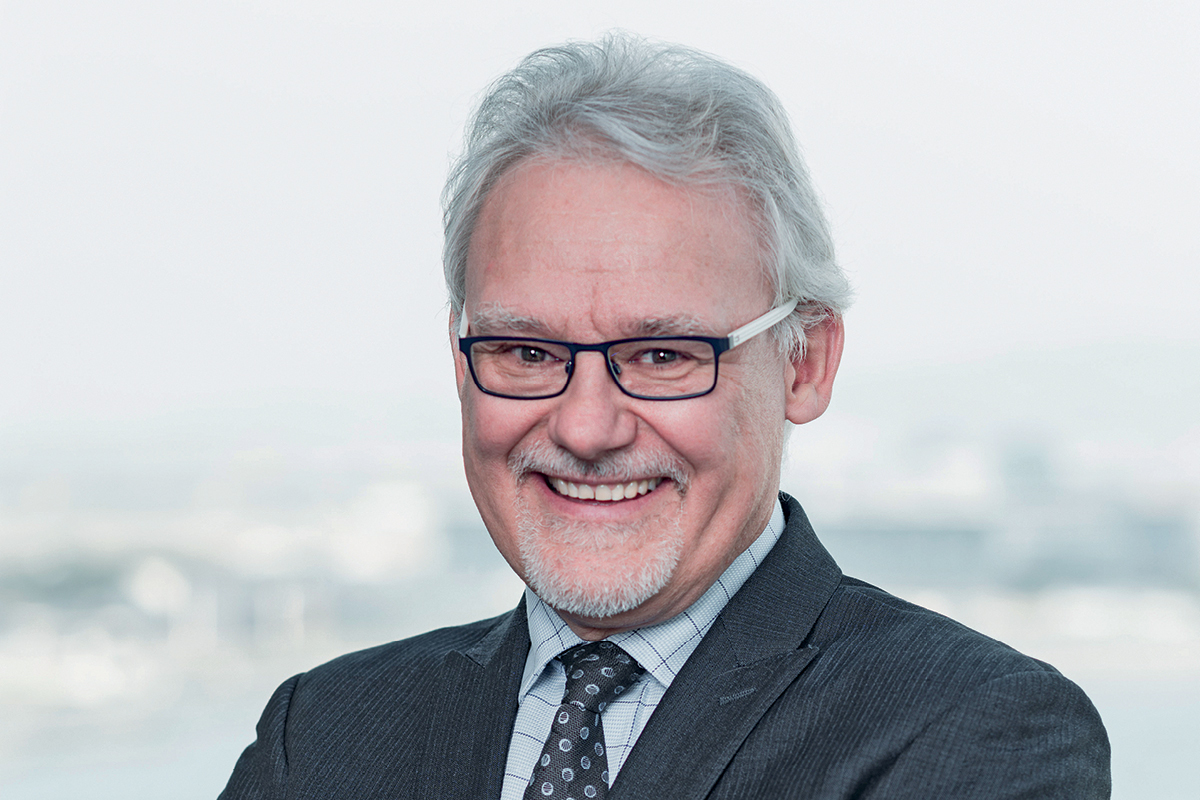 Metrojet CEO Gary Dolski says the first thing you’d notice about him is the grey hair. After all, he’s been doing this (‘this’ being aviation, aircraft management and maintenance) for nearly 40 years. But the fact he’s kept at the job for so long is a testament of his passion for the industry – operating through companies as prestigious as Bristol Aerospace, Bombardier, MD Helicopters and Jet Aviation.

“It’s still exciting after 39-plus years,” he says. “You still learn something every day. It’s not just the global economy that’s dynamic right now but also business aviation itself. If you look regionally within Asia, and even more locally in Hong Kong, it tends to be… I’ll use the word ‘interesting’. Our market is continuing to evolve. Asia is still a pretty immature market, so it’s actually fun going in because you can use your experience to help educate your customers in terms of what business aviation is.”

Gary draws a clear distinction between the business aviation market in Asia, compared to North America or Europe. Whereas customers in the latter regions tend to start small with private aircraft, upgrading as they accumulate wealth, buyers in China are only just starting to consider the possibility of aircraft ownership, with the result that already-wealthy individuals are suddenly purchasing US$70 million aircraft, incurring yearly operating costs in the millions of dollars.

As a result, part of Gary’s job is to educate these nouveau riche and first-time buyers on the ins and outs of aircraft ownership. With China playing host to an increasing number of billionaires, Metrojet’s potential customer base is poised to grow, and the company’s expertise in aircraft management and maintenance will be increasingly in demand.

But at present, the global economy naturally remains unpredictable, in a state of flux. Europe has long been in a state of uncertainty thanks to Brexit; Hong Kong has suffered through months of instability; and the US will soon come out the other side of a presidential election, while also fighting an on-again off-again trade war with China. Said trade war is of particular concern for companies in the region, such as Metrojet; as Gary notes, “If China sneezes, everyone in the region catches a cold.”

To ensure Metrojet’s continued success amid such volatility, Gary champions qualities of agility and responsiveness. “I approach things head on, and I tend to have a sense of urgency,” he says. “I’m not afraid to make tough decisions. I’ll stand by them and go to our management team here within Metrojet, who are equally like-minded, where we all believe time is of the essence.

“I approach things head on, and I tend to have a sense of urgency.”

“The market is changing right now and you have to act fast. We work to understand what the expectations are, we do our homework and we present our positions. We take a vote around the table and we proceed. My belief tends to be that meetings are for resolution and not for bringing up issues.” 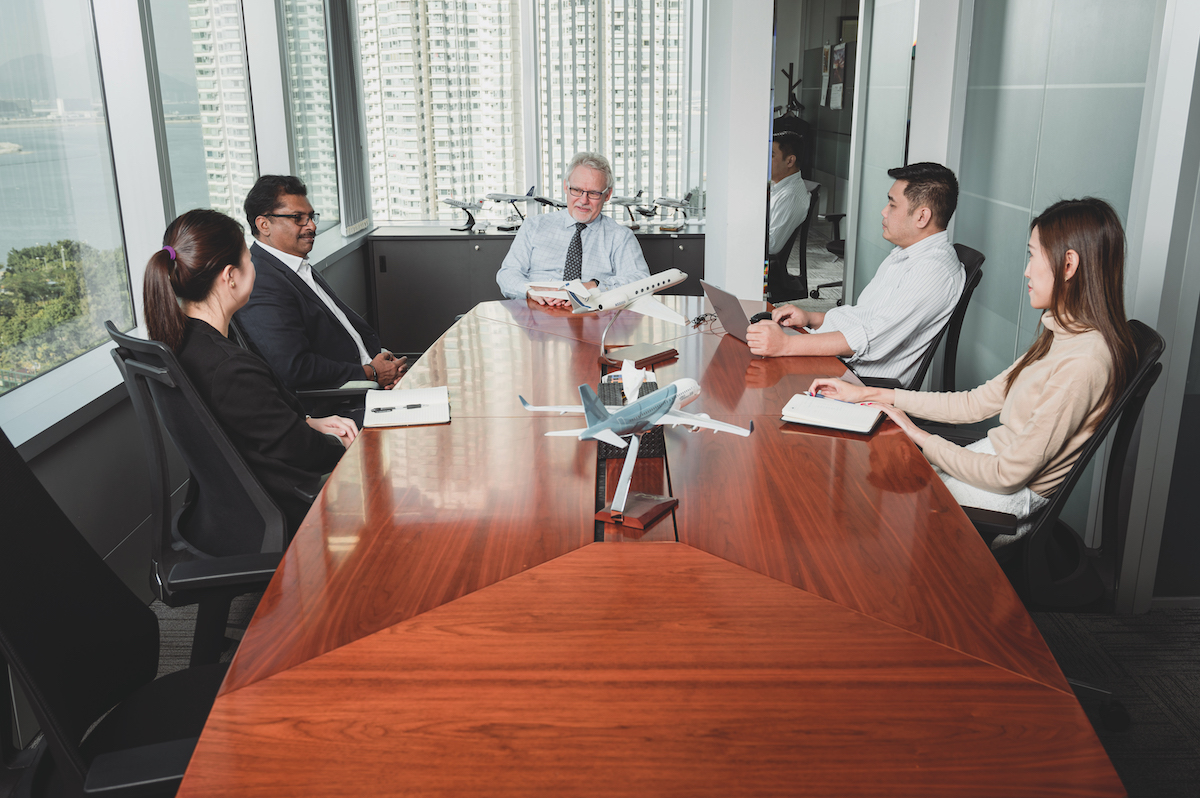 While maintaining this focus on agility, Gary also has the freedom to lead Metrojet with a long-term view. He attributes this perspective to Kadoorie Group Founder Sir Michael Kadoorie, and it distinguishes Metrojet from the average Fortune 500 company, while ensuring operational strategies that look beyond short-term economic fluctuations.

No doubt this freedom to take the long view has helped Metrojet expand and grow with great success. Most recently, the company is expanding its presence in the Philippines at Clark International Airport, with more maintenance and hangar facilities. It’s a good move, as locations such as Singapore and Hong Kong are increasingly becoming saturated. The decision came after an in-depth business case and extensive analysis; Gary can’t be accused of rushing into anything unprepared.

Costing US$25 million, the newly expanded facilities will be seven times the size of the existing “modest” facilities – a huge increase expanding to 7,200 square metres. Positioned within the Clark Freeport Zone and able to access unrestricted departure and arrival slots means sidestepping many of the challenges associated with operating in Hong Kong.

These facilities are situated in the heart of Asia–Pacific, with the next most competitive hub, Singapore, three hours away. With so many strengths, Clark represents a huge opportunity for Metrojet.

“It’s highly competitive in terms of landing and navigation charges, which makes it cost-effective,” says Gary. “There’s a strong government focus on relocating business aviation from Manila over to Clark. There’s a wonderful national infrastructure connectivity plan through a new rail and road link development, which makes it quite easy to get to Clark. There’s robust infrastructure development happening, not only at the airport but also around the airport for hotels, housing, stores and restaurants.” The company is starting small in the scope of offered services, but one shouldn’t underestimate the quality of what is on offer. Built to all international standards, Metrojet’s Clark facility has a high-tech, safety-compliant fire suppression system, and is built to the highest standards for typhoon and earthquake protection, with large spaces dedicated to training, back shop and stores, and a customer and pilot lounge.

“I believe in always under-promising and over-delivering,” Gary asserts. “We’ll start parking aircraft, which is a good business because there’s not much affordable parking in proper facilities in the region. We’ll continue to build up our maintenance capabilities there. We’ll be offering concierge services. We have room to grow and add some bolt-on businesses. Right now, outside of Hong Kong, our main focus will be Clark. The one thing I’m focusing on now is a second quarter opening of our facility.”

“I believe in always under-promising and over-delivering.”

Once the Clark expansion is complete, Gary will not take a breather and dust off his hands. From there, minor geographical expansions may be in the works, in the form of substations between Metrojet’s Hong Kong and Clark operations. But the key to Gary’s next step forward is the addition of a “third leg” to the business, in addition to maintenance and management (as any good engineer knows, a triangle is the most stable shape). In order to achieve this, Gary eventually plans to establish partnerships, adding further services to Metrojet.

“I want to make sure right now I focus on getting Clark going, but rest assured we do have a business development department, identifying potential regions and lines of business,” Gary says.

“When I say that, it’s also to look at which industry players we can partner with. Because I don’t believe in reinventing the wheel and if somebody has something that they could offer, that we can offer as well, then we can look at doing something jointly and we both benefit. The risks are mitigated in terms of financial exposure and you double up the experience.” 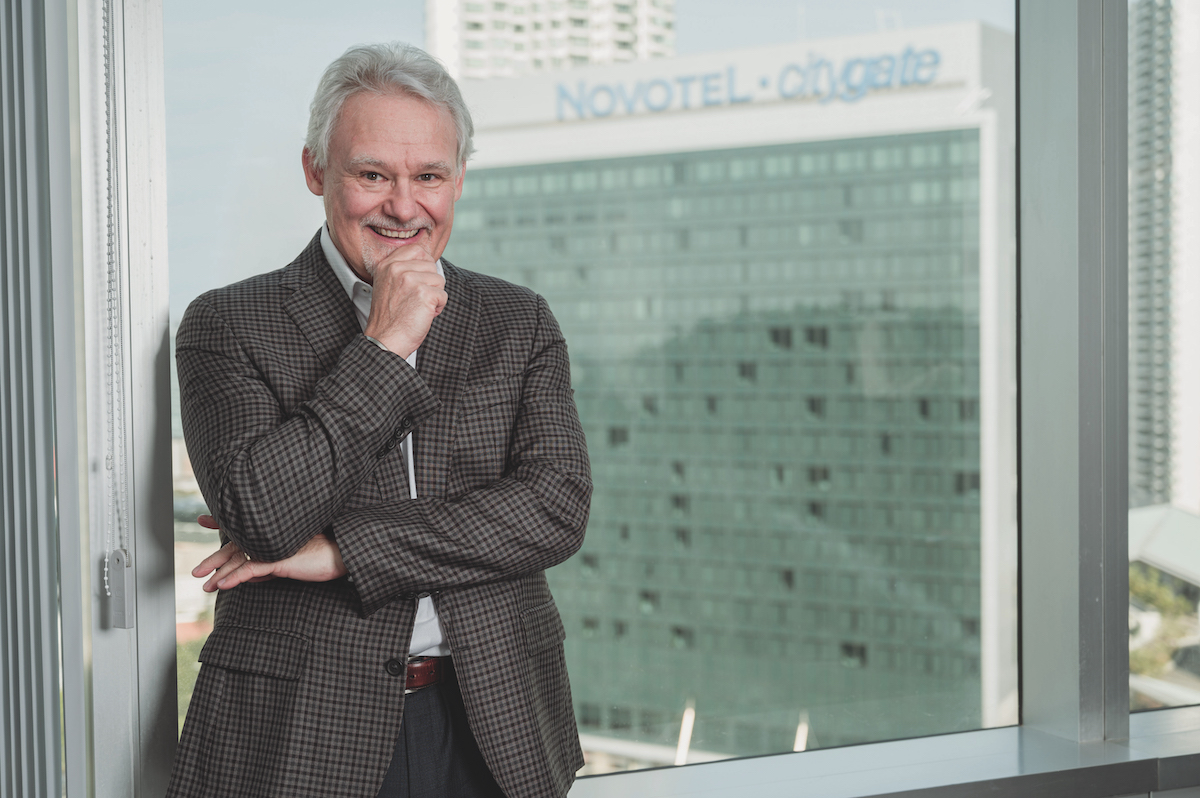 One line of business Gary can safely rule out is aircraft manufacture. It’s already a saturated market, he says, and to jump in would require investments of billions. Most importantly, it runs counter to Gary’s holistic approach to the aviation industry – one of collaboration with the competition. Even though there’s an element of competition with other industry bodies.

“We as a regional independent obviously have to find ways to work with people who would normally be our competition. How do we work together to keep our businesses going? Between the political and the business environment, there’s a lot of challenges. But if you put the right people in place and you have the right mindset – you’re not greedy and you’re willing to share the pie and work with people – we’re finding a lot of solutions in our business that work.”

Aircraft manufacturers are increasingly offering, internally, the services that Metrojet excels at. Gary sees Metrojet’s place, therefore, as an alternate option for customers so that they’re not locked into one maintenance provider. His strategy is to provide a quality level of service – he ensures that Metrojet is affordable and competitive in this sense. But working alongside the OEMs is the other side of the coin. Metrojet provides manpower should other industry bodies lack it, for example. It’s always been a part of his 39-year career, and he’s built up a good reputation as a result.

The entrepreneur behind the Kadoorie empire

It’s fair to say that Gary wouldn’t be lucky enough to fulfil his passion without the efforts of Sir Michael Kadoorie, Chairman of the Kadoorie Group (Metrojet’s parent company). Born in 1941, Sir Michael is today a notable business presence and one of the most prominent high-net-worth individuals in Hong Kong. Gary credits Sir Michael and the Kadoorie dynasty with having built up the very fabric of Hong Kong over the past 140 years. The chance to be part of a family business, with leaders who are passionate about the company, is a big part of why Gary loves his job.
“Sir Michael is incredibly passionate about aviation,” he says. “He formed Metrojet 23 years ago and has been involved in aviation in Hong Kong since the early 1970s. He has a very long-term view of the industry and aviation in particular. It’s a more Eastern view, where it’s not necessarily how you’re doing this month or this quarter, like a lot of Fortune 500 companies tend to be and understandably so. But they have bottlenecks in decision processes, and with Sir Michael, we can have a much longer-term view. He says if we focus on the safety and quality of the staff and the customers, the long-term returns will come.”

Gary says the OEMs aren’t as entrenched in Asia as they are in more established markets, so they have a greater need to make use of Metrojet’s experience, and Gary believes they need to roll up their sleeves and do what they can to help the competition. Such efforts will generate goodwill for Metrojet in future, once the industry has matured.

As a boon to customers, Gary is even willing to refer them to a competitor, if Metrojet for whatever reason isn’t able to support an AOG. “My view is, if we do that, that customer will remember us one day,” he explains.

“They’ll say, ‘Even though you couldn’t help me, you made sure I was taken care of.’ I’m a firm believer that if everyone in the industry does that, we all grow. Customer support and service sells aircraft and if we get the right support – from companies like Gulfstream, Bombardier, Boeing, Airbus – they’ll all grow as well. We’re actually helping to grow the market, so there’ll be a bigger slice of the pie for us to take in future.”

It’s all part of Gary’s holistic approach to building the industry, with a focus on everything and everyone. Equally crucial is the importance he places on his team; aviation is an industry where people can die with insufficient care, so Metrojet always ensures the right people are in place.

“It’s not rocket science,” he says. “I think sometimes we tend to complicate things a bit too much. The key, and it’s worked for me for many, many years, is to take care of your people. They’ll take care of the customer. If you look after your employees, you give them a sense of worth and wellbeing and a good work environment that’s safe. You acknowledge them, you give them training, you care about them. They come to work happy. And if you have happy employees, you’ll get happy customers.”

Happy customers are, after all, central to Metrojet’s business model. As Gary says, their customers are among the “movers and shakers of the world”, and their expectations are high. To meet those expectations, it’s essential to stay adaptable, leading-edge and always “deliver the service that they’re paying for”. And Gary’s right there among his team, talking to customers, assisting with any issue – after all, he’s determined to show customers that Metrojet really does care. 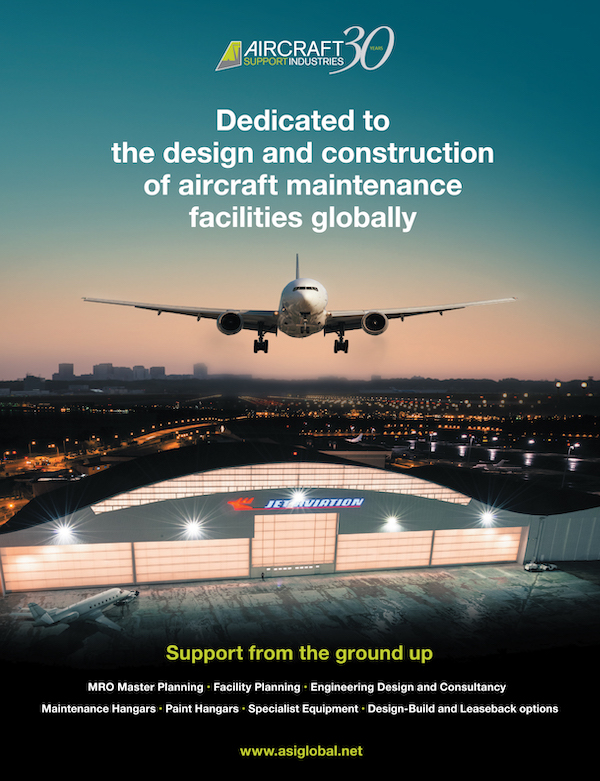 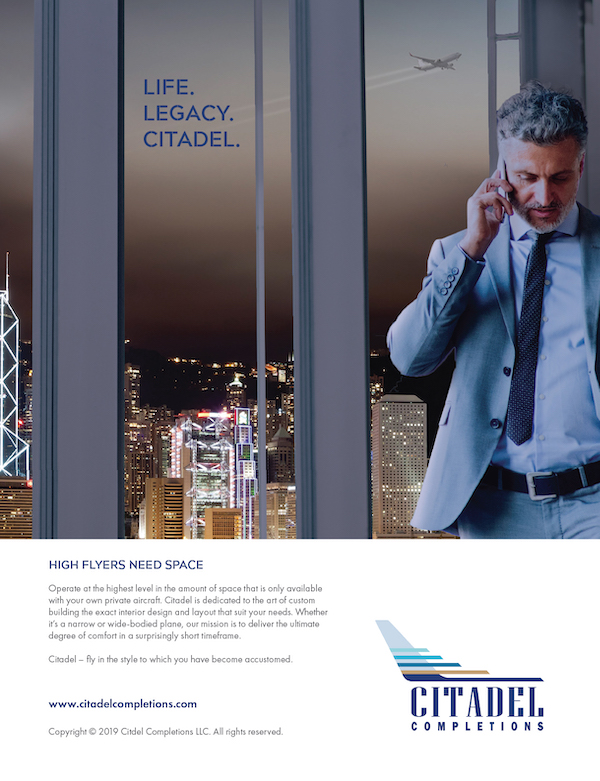