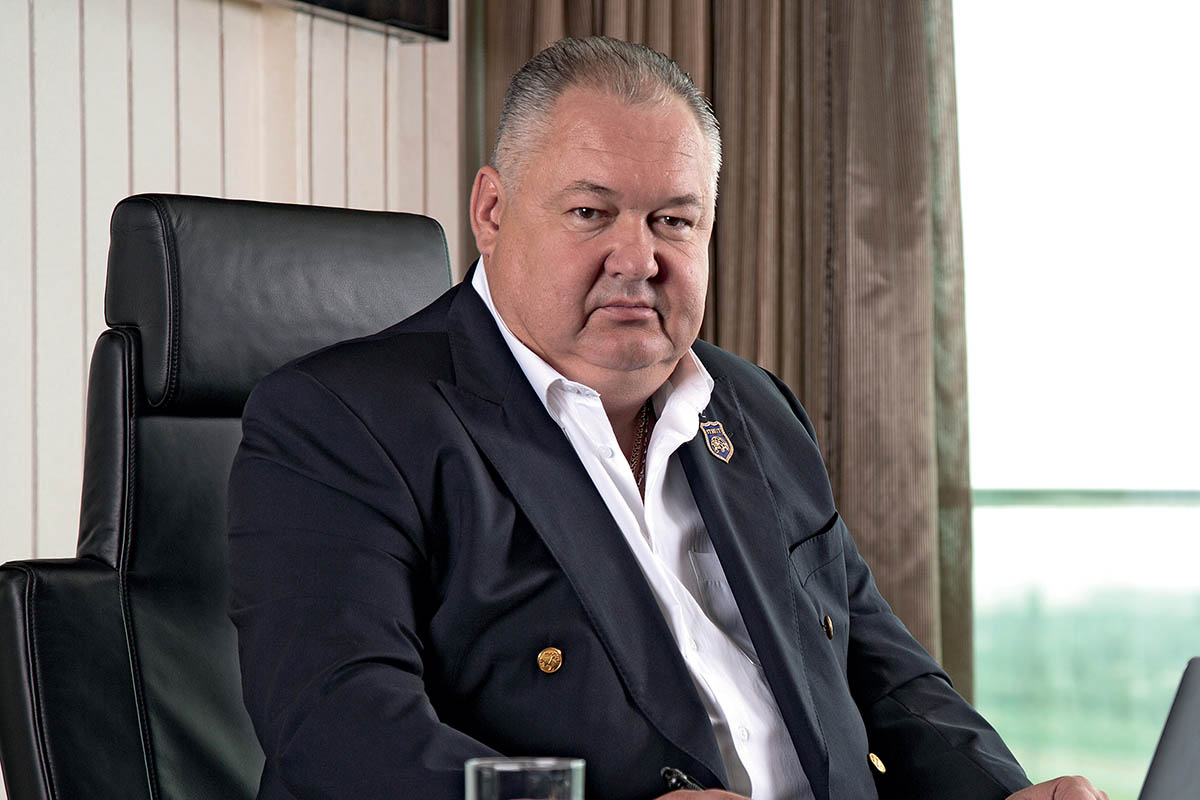 Before he founded armoured vehicle manufacturer Streit Group and decided to focus all of his energy on developing armoured vehicles to meet every occasion, Chair and CEO Guerman Goutorov was a jack of all trades.

He worked as a welder, painter, secretary and an accountant. His success in each of these fields gave him the confidence that no matter what he set his mind to, he would excel. “If you asked me to open a restaurant, I probably could,” he says.

“But do I want to run a restaurant? I don’t think so. I’d rather have a job where I protect people from harm.” In 1992, he applied this confidence to a new endeavour, with just a small garage equipped with hand tools.

From this humble origin, he envisioned a leading defence company, one that took a distinctive approach to maintaining security and minimising casualties in conflicts around the world. Today, Streit has gone from a mere 18 square metres to 370,000 square metres of facility space, with more than 100 equipment models.

It fulfils needs across navy defence, coast guard, security equipment, personal protection and more, something the company calls “360-degree security”. Guerman credits his love for the job, his commitment and his belief that his goals should not be limited.

But the abundant confidence that has driven Guerman to build Streit has also been an inadvertent source of hardship. “In 2015 and 2016, when I decided to refocus from commercial clients to defence, that change happened too quickly,” he recalls.

“If I had to do it again, I wouldn’t have rushed. It created some unexpected tension within the company.” Five years later, the kinks have been ironed out, and Streit manages an inventory of nearly 1,000 vehicles that are ready to deploy upon request, including Rolls-Royce and Mercedes-Benz models.

“The most important thing is that the client is happy, and to ensure this, we make everything in accordance with what they need. I think that makes us very different from everybody else,” Guerman says.

“We’re happy to sell. We’re happy to make money. These successes help me grow the company and develop new projects. But that is not my priority. My priority is to build a long relationship with the client and make sure they are happy with the product and that they will always come back.”

In previous decades, armoured vehicles were more often thought of as luxury goods – status symbols for VIPs or necessary precautions for diplomats and politicians. Throughout most of its existence, most Streit vehicles were sold to commercial clients rather than defence clients.

Today, 95% of sales are directed toward the latter. “Our whole industry is changing,” Guerman says. “Blast protection is required on pretty much every single vehicle now because of the prevalence of homemade explosives. We are also seeing rising demand for public-order vehicles that use water cannons to prevent riots, especially from countries where oil prices are volatile.”

For one of its clients in an African nation, Streit designed an amphibious vehicle capable of traversing the swampy terrain at speeds of 140 kilometres per hour. When other regions of Africa were hit by floods last year, the company retrofitted several existing vehicles in order to assist with United Nations-led evacuations. 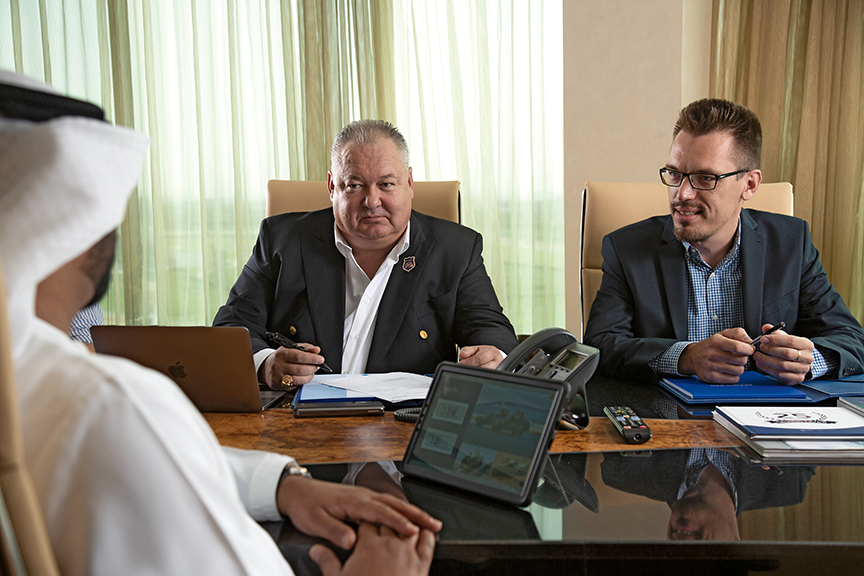 The ability to deliver precise specifications like these are what Guerman believes sets Streit apart from the competition. “We have a whole team of engineers and ex-special forces who analyse crises like these and try to figure out how we can help,” he says.

“We tailor our products to fit our clients’ exact needs. When some countries are not prepared for the challenges that arise within their borders, we advise them. We have plenty of defence and security experience that can be implemented during a disaster.”

I may not be a surgeon, but i can say that the greatest reward a person can receive is knowing he has saved a life.

In the coming years, Guerman hopes to expand Streit’s operations, diversifying Africa’s economy and providing more jobs across the region. The company is moving further into the naval market with products like autonomous patrol boats and anti-piracy vessels.

As ever, the company’s approach to these new markets means tailor-made products, and to fulfil evolving demands, Streit is investing in automation, both in manufacturing and in products themselves.

Guerman, a self-professed workaholic, says the reason he commits all of his waking moments to the company that he built is because he can imagine nothing more rewarding that building products that save people’s lives.

“If you take the number of vehicles we’ve produced – close to 40,000 – and estimate an average of 10 people who have been inside each one, that’s around 400,000 people who have used our vehicles,” he says.

“If we estimate that 10% of our vehicles have ever been attacked, you can see how many lives we’ve saved. That’s 40,000 sons and brothers who have been able to go home safely.

“We often receive appreciation letters from our end users telling us that our vehicles have done an excellent job and saved a lot of people.” In recent months, Streit has directed its efforts towards saving lives from a new threat – COVID-19. The company has been trialling a vehicle designed to disinfect public spaces, walkways and entryways.

“Whenever there is a new challenge, we test ourselves to see how quickly we can respond and how we can leverage our existing connections with a lot of countries to help them through the crisis,” Guerman says. “I may not be a surgeon, but I can say that the greatest reward a person can receive is knowing he has saved a life.”