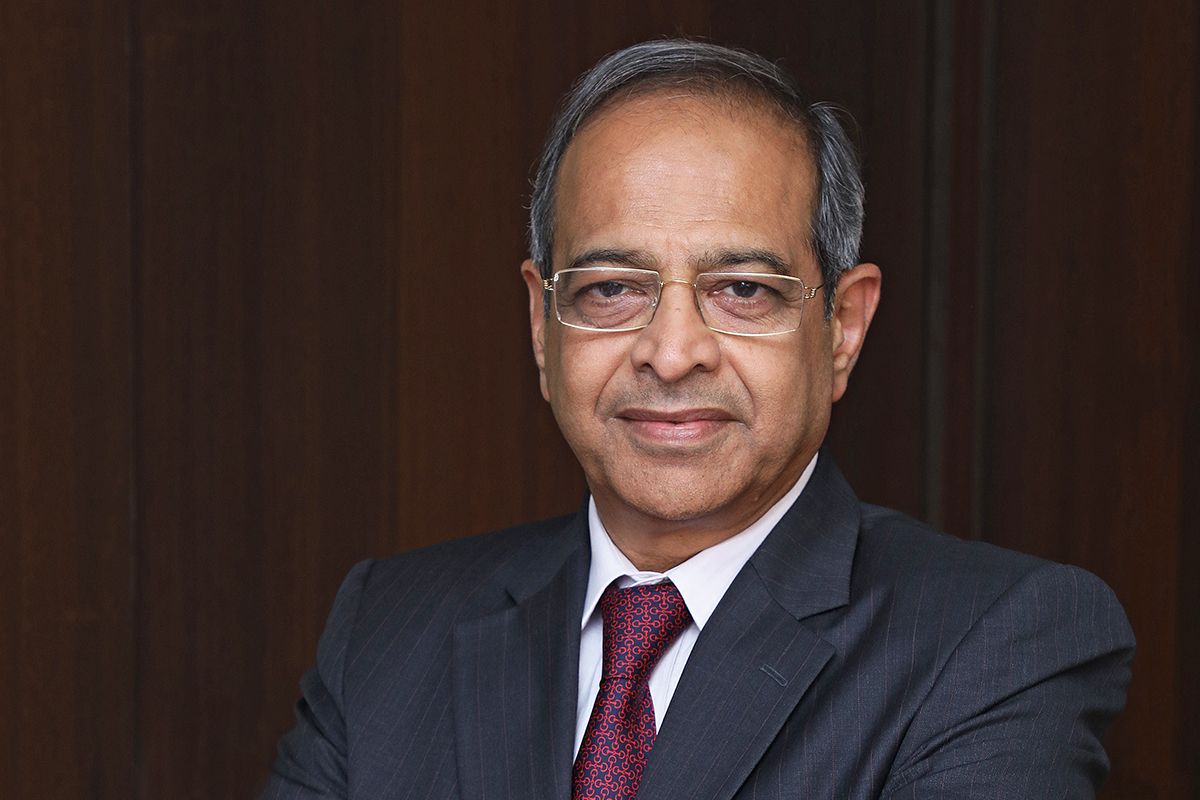 Setco Automotive Chairman and Managing Director Harish Sheth believes that, in life, you have to create your own opportunities. “I have never seen any opportunity coming my way,” he tells The CEO Magazine. “I’ve had to create it, and then grab it properly.” Harish founded the largest clutch manufacturer in India and his journey to establishing the business followed this principle.

At the age of 17, Harish travelled to the US to study mechanical engineering at the University of Michigan. From there, he went on to do an MBA at Columbia University, where he majored in Finance. While in the US, Harish also spent some time working as an investment banker before returning home to India, aged 24.

While working at a foreign bank back in India, Harish eventually came to a realisation. “I decided that I’d had enough of advising others
on investments,” he recalls. “That it was high time I started making money for myself.” It was then that Harish seized an opportunity.

Harish’s uncle had a small unit – which he describes as “an old cowshed” – that his family decided to take over and, in 1974, he quit the bank and established his own engineering business. “After a few years, I decided that I should make a product and not the components,” Harish recalls. “In those days, industry licences were only held by the government and every state had its own licences for producing various products. Without a licence, we couldn’t produce anything on our own.”

He explains that the clutch licence was with the Gujarat Industrial Investment Corporation. “There were three or four companies competing for the partnership,” Harish continues. “And fortunately, they decided I was the right fit for them. That’s how Gujarat Setco was formed back in 1982; the government had 26% ownership, we as a family business had 26%, and 48% was with the public.”

Because of the partnership with the government, another condition of the business was that it had to establish its factory in a regional area, so Harish opted to open it in Panchmahal, Baroda.

“I decided to go there because it was my father’s birthplace,” he notes. Harish was very proud when the business was finally established. “It is said that if you want a technically oriented product, you have to manufacture it in the heart of the city because that’s the only place you can get skilled workers,” Harish explains. “People believed you couldn’t get suitable workers in the small towns. Not only did we successfully set up the factory, but for the past 18 years we have successfully made a highly technical product that is critical for M&HCV and meeting 85% of the OE requirement.”

How you set up the factory, how you train your people, and how you run your operations is far more important than the location.

Harish says he was fortunate to be able to break the myth about lack of manufacturing facilities in smaller towns. “How you set up the factory, how you train your people, and how you run your operations is far more important than the location,” he says. “You don’t really have to be in Pune or some other big city to set up a good factory.”

India’s automotive sector suffered significantly during the late 1990s which, Harish says, were some of the worst years for the industry since 1955. “The production was down and there was no work,” he says. But Setco went out of its way to take care of its staff. “We never laid off anybody,” he continues. “We found alternative work for all. And that built a lot of confidence in our business. We even offered our workers the opportunity to work in our gardens. We now have a very beautiful garden thanks to that period. That confidence in our company and management has grown to this day. It has been one of the great strengths of the company.”

Following the difficult times of the 1990s, the 2000s heralded a turnaround for the industry. “Our supreme court passed a law forcing all commercial vehicle manufacturers to comply with the new pollution act,” Harish says. “For that, they had to immediately change to bigger engines and clutches. And that’s when our big break came.” 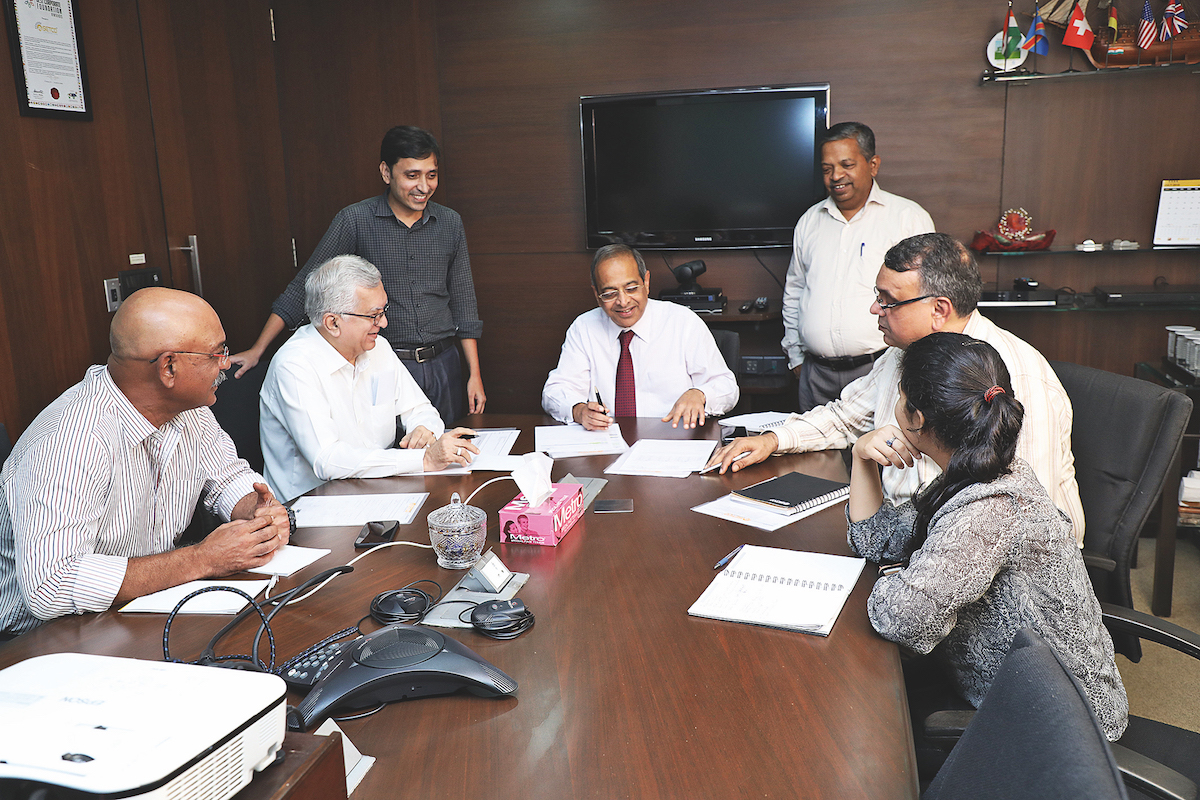 Harish adds that no-one was manufacturing big clutches at the time in India. “Car companies like Tata Motors had two choices; import the clutches or go into manufacturing,” he says. “Having travelled abroad, I’d seen 20-, 30- and 40-tonne trucks everywhere, unlike in India where there were only 10-tonners. So sooner or later, the whole country would have to shift to these big clutches. And to do that, one required an investment in the product and its technology. So I decided to take a risk and that’s how we started manufacturing these special clutches in India.”

Setco is now the largest manufacturer of medium and heavy commercial vehicle clutches in India, accounting for around 85% of the country’s M&HCV clutches. In 2001, it entered a partnership with LIPE UK, a division of Dana Corporation, to produce LIPE brand clutches.

Setco supplies clutches to India’s top vehicle manufacturers including Tata Motors, Ashok Leyland, Mahindra & Mahindra, Daimler, Eicher, Volvo and Man India. The company has four manufacturing facilities; two in India, one in the UK, and another in the US. Harish says it was a massive risk to undertake this journey but he is glad he finally took it and was able to create a successful business. “Unless you take certain risks you won’t gain,” he adds.

Setco has a research and development centre in Kalol, India – certified by the Indian government’s Department of Scientific and Industrial Research – and another R&D centre in the UK. The company now has plans to invest between INR200–250 crore over the next two to three years to expand its capacity and modernise its manufacturing plants. With it, Setco also plans to diversify into tractors and off-highway vehicles.

Setco ensures it maintains strong relationships with its suppliers. “We don’t call our suppliers, suppliers; we call them partners in progress,” Harish says. “One of the biggest benefits we have with maintaining these partnerships is that it creates a stable supply line. When you are with the right suppliers, you can concentrate on productivity, production and new product development.” 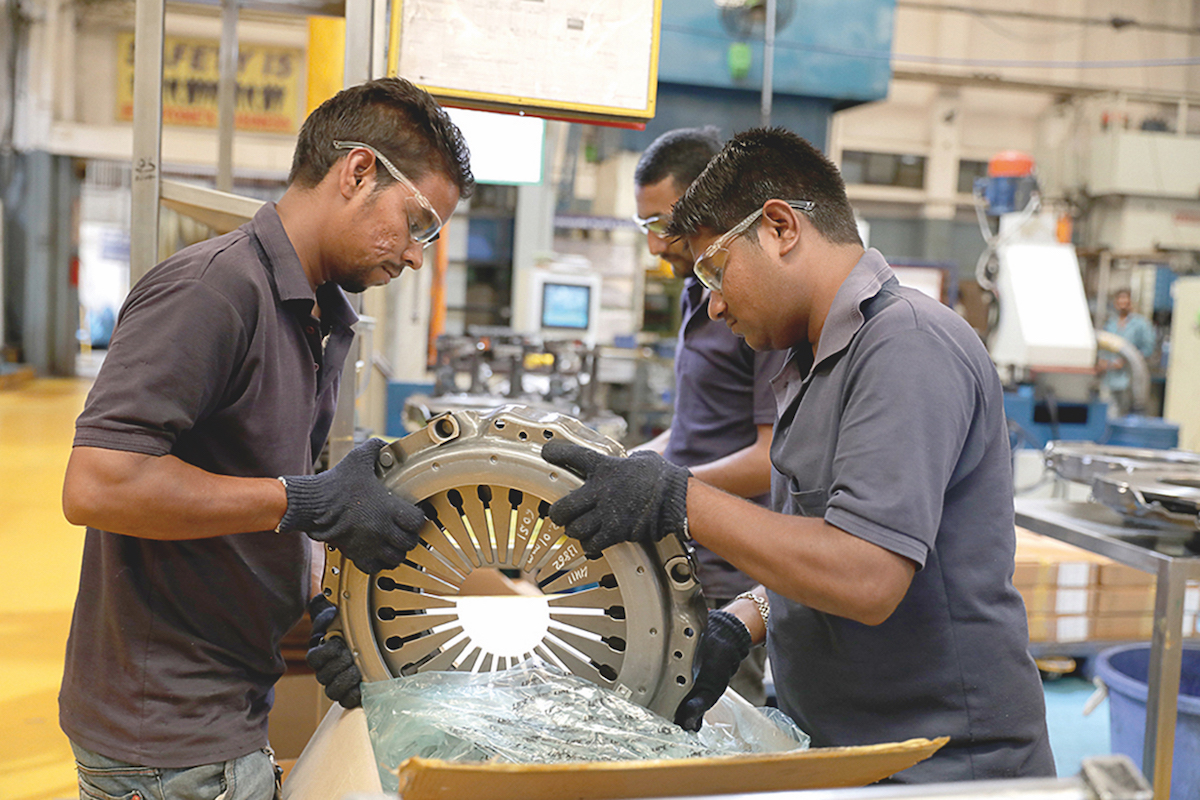 Harish continues by reinforcing the support the company also receives from its workers. He highlights that loyalty to them is just as important. “In 2005 and again 2010 we issued shares to all our employees,” he says. “In our company, even our housekeeping staff is a shareholder of the company. We feel the company belongs to them.”

We issued shares to all our employees … We feel the company belongs to them.

In 2004, the company extended its support to its workers by implementing an initiative to educate its employees’ children. “Because most of our workers are uneducated, we decided that this was something we could do to give back to them,” Harish explains.

“We gave the children tuition and notebooks – worth around INR7,000 a year. This was given to students in the 12th grade and the only criterion was they had to pass the grade. Our employees were happy when we did that. Now some of those students have gone on to become doctors, lawyers and chartered accountants.” 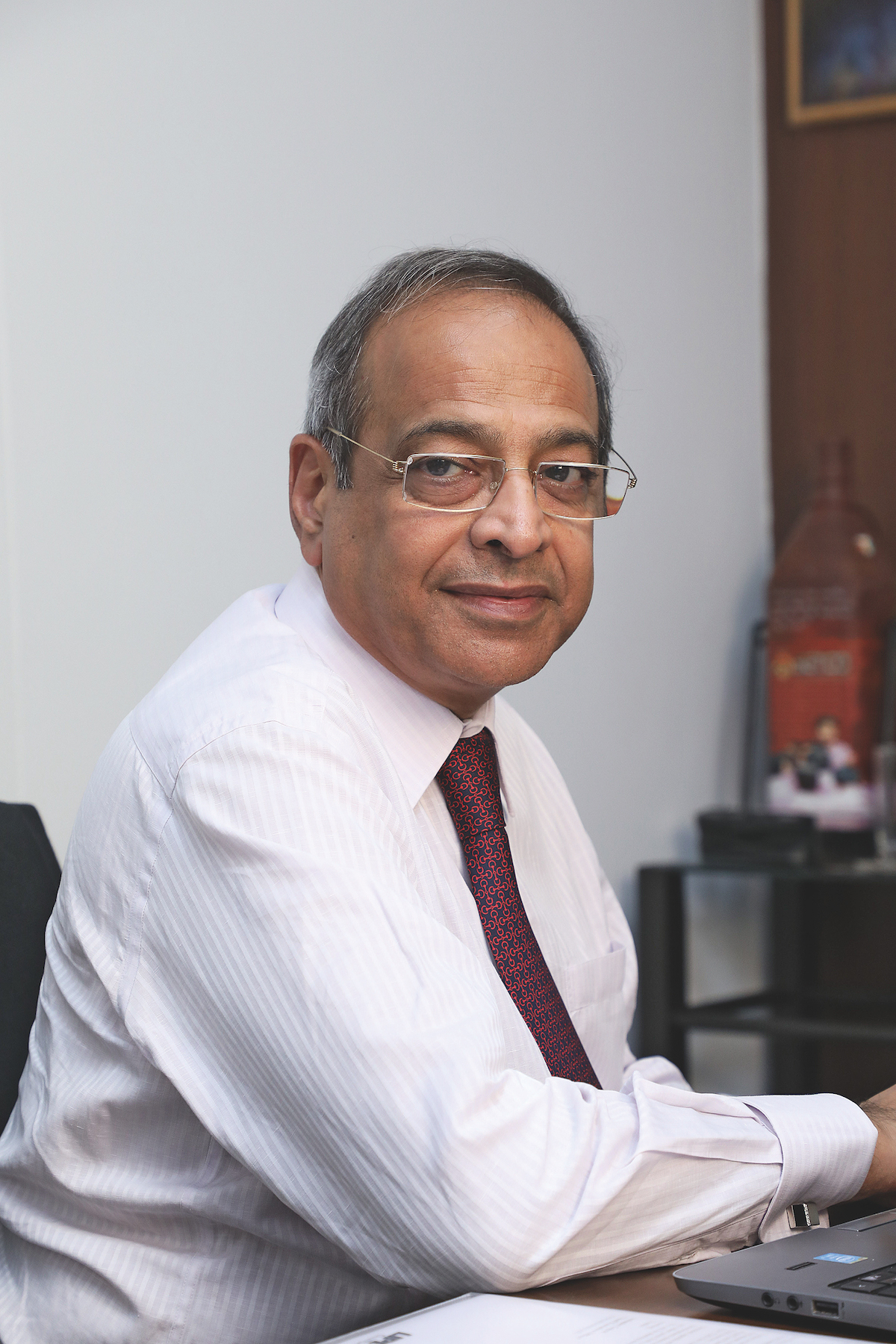 The company further extends its support to members of the community. It established the Setco Foundation, which focuses primarily on education, health care and empowerment in Panchmahal.

The foundation began with the company being approached by the then Chief Minister of Gujarat and now Prime Minister Narendra Modi to support the Anganwadis – mother and child care centres – in Gujarat. “Anganwadis are all over India,” Harish says. “They were set up by the government so pregnant women, and children up to the age of six, could receive food. The children could receive an education too. But because of corruption, this scheme had fallen by the wayside.”

Anganwadi comes from the Indian word, angan, which translates to courtyard and also refers to the ‘heart of the house’, a sacred area for family activity in the morning. Anganwadi workers give basic » health care, education, nutritional information and immunisation services to young girls, pregnant women and nursing mothers.

When Harish took over this scheme, he says it was at a time when India’s malnutrition rate was at around 50%. “Around 95% of the human brain is developed by the time the child is six years old,” he explains. “Once that doesn’t happen, no matter what you do – even if you get education from all over the world – the brain never develops. So we decided this is the area we should concentrate on. And that’s how working on Anganwadis started.”

With this plan, the company began with its first project. “Anganwadis are traditionally constructed within the community but each one would service separate groups of people,” Harish continues. “So we decided to integrate them and build a nice, big Anganwadi where people from all the communities and religions could come. There were initial objections to that idea, but today, it is accepted. I think that is a great achievement.”

Harish adds that the chief minister liked the idea so much that he came to inaugurate the integrated Anganwadi in 2009. Since then, the number of Anganwadis has grown to around 18 and they support around 1,800 children and 300 pregnant women. And from there, the Setco Foundation
was born. The company puts 5% of its profits into the Foundation and it is seeing many positive results.

“Today, our malnutrition rate has come down from the all-India level of 45% down to 7%,” Harish says. “That’s a great achievement of the Foundation.” 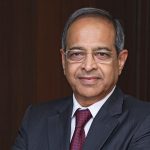