Despite the fact that MAG Aerospace operates more than 200 aircraft on every populated continent, its Founder and CEO, Joe Fluet, makes it clear that it’s not an aviation company – it’s a tech company.

“There’s an apocryphal saying in aviation that if you want to make a small fortune, you should start with a large fortune,” Joe says. “It’s really easy to lose money trying to make a living in aviation. Even though we fly and operate aircraft – both manned and unmanned, fixed and rotary wing, large and small – the aerial platforms we use are just one component of the complex technical solutions that we provide.”

Joe has vast experience in aviation operations as well as technology, coding and communications architecture. “I’m passionate about all of it,” he states. “If and when there’s a successor for me, I’d look for someone who feels the same way as I do about both things.”

The company is growing quickly, and it delivers a never-ending effort to stay ahead of its growth while ensuring that its safety protocols remain strongly in place. “We specialize in complex airborne data acquisition operations in remote, challenging or non-permissive environments,” Joe explains.

“When you’re flying aircraft in combat zones, landing on glaciers, collecting information on forest fire lines, or out over the ocean, there’s a risk. Life involves risks. You can never manage your risk down to zero, but we continually focus on pushing that risk down to the absolute minimum level it can be and doing everything we can to mitigate that risk.”

MAG Aerospace specializes in complicated technological solutions, so how relevant is it to the average person? Well, delivering the right information in a timely fashion is critical to everyone, Joe explains.

“It doesn’t matter who you are. Whether you’re a journalist, a teacher, a head of state or a parent, what you spend much of your time doing is deciding how to deploy the limited resources you have; for example, time, money, energy and effort. With more information, and better information, we can all make good decisions. “Making decisions is a fact of life, but we also rely immensely on others to make good decisions for us,” he continues. “We hope that our law enforcement and local leadership make good decisions to improve our lives. What MAG Aerospace does is provide the information to those decision-makers, so they can save lives, time and money.”

MAG Aerospace assesses potentially dangerous situations and then passes the information on to experts within that context. “We once sent a drone into a volcano that was possibly going to erupt in central Africa. The government was getting ready to evacuate a city, which would have cost lives and tens of billions of dollars,” Joe recalls.

“With a full-motion video feed, the geologists could look at it and decide as to whether the volcano was going to breach the caldera. They saw that it wasn’t, and they canceled the evacuation. This is a great example of giving someone the information they need promptly, so they can make a great decision.”

MAG Aerospace has extraordinary operational capability, and Joe believes it is the best at what it does by a wide margin; however, gaining contracts is competitive and the process limits how many it can accept.

“We’re the best in the world but what we lack, compared to a lot of other companies as large as we are, is the contractual positioning from the US government standpoint,” Joe admits.

“In almost every acquisition system, there are contract vehicles that you bid to win, and once you’ve won, you’re eligible for contracts that come out on that vehicle. That’s the way that the government limits competition.”

MAG Aerospace has grown so fast that when a lot of the vehicles it wanted to work on came out, it was still too small to credibly bid on them. “We didn’t think we would win if we tried,” Joe recalls.

“Now, we don’t want to wait five or eight years until they come out again, so we are in a great relationship with a company that we’ve agreed to acquire. This company has contract vehicles that are suitable for the kind of work we do and it will allow us to move from doing a lot of subcontractor work to being almost exclusively a prime contractor.”

Joe says that one of the risks that a fast-growing company takes is outgrowing its ability to manage itself. “You see this in every industry and it often leads to some spectacular failures,” he explains.

“We’re currently building our infrastructure, including our corporate headquarters and staff across all departments. If we continue to grow the way we have, next year we will be twice the size we are today.” 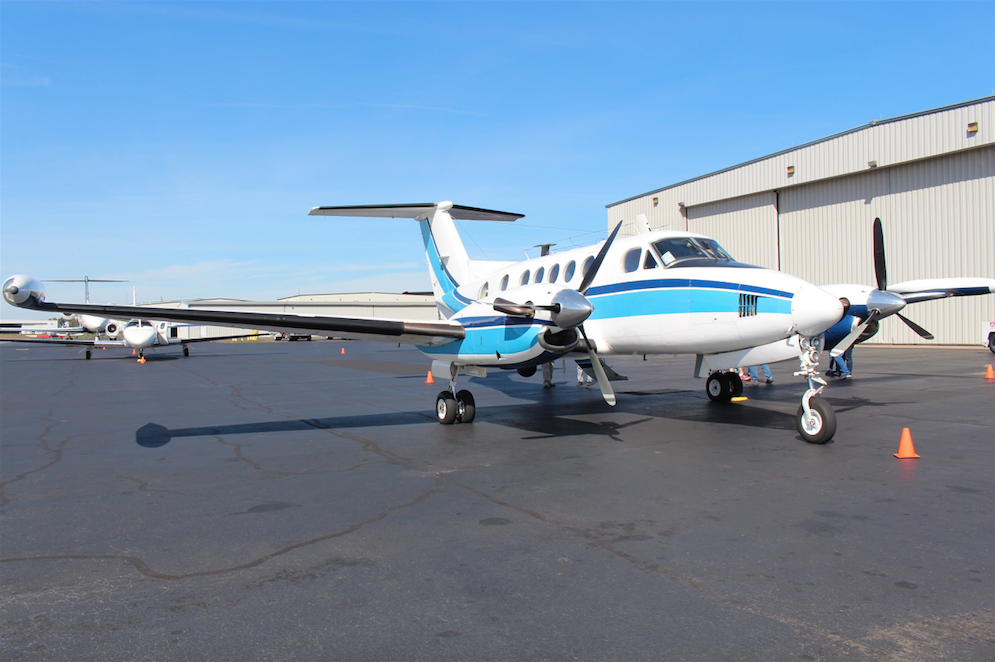 There aren’t many companies in the world that can do what MAG Aerospace does. To go to a remote or non-permissive environment and outwork a complex airborne data acquisition program is challenging.

Despite the demands, MAG Aerospace has never sacrificed its quality at the altar of growth. “We refuse to degrade our ability to be the best by bidding contracts for less money,” Joe assures.

The difficult seasons have taught me to never take my eye off the ball.

“We’d rather lose a contract. Whether it’s for the US government, the United Nations or NATO, we bid the contract at a price point that’s going to allow us to deliver flawless service. Because of that, we sometimes lose as we’re not willing to ever deliver a lesser product.”

As a result, the company’s reputation is sterling. MAG Aerospace is known to do phenomenal work, and it takes guts to run such a company. Of course, there are challenging times but, throughout his career, Joe has learned not to lose his sense of fear.

“It may sound funny, but I want to be afraid,” he explains. “I wake up in the middle of the night and I can’t get back to sleep sometimes because I know one of my competitors is up and thinking about a way to kick my ass, so I have to be the first one to think of ideas. “We’ve had challenges, but we’ve also had extraordinary success,” he adds. “The difficult seasons have taught me to never take my eye off the ball and to not lose my sense of fear or humility. No matter how well we do, if we don’t work hard and try to improve every single day, someone else will take our place.”

The company’s corporate growth focus is on information processing. It must build, engineer and integrate hardware and software systems that allow it to effectively process the information it collects from all over the world.

“For the first time, we’re drowning in information,” Joe says. “While we’ve had this conversation, MAG Aerospace has collected unimaginable amounts of information. How to process that information, get through it all and turn it into a usable form so that our customers can make good decisions with it is becoming a greater problem.

“MAG Aerospace’s emphasis is on finding solutions through things like machine learning and artificial intelligence. In the foreseeable future, we’re not going to take humans out of the loop, but we could certainly catalyze it,” he adds.

“We can make it easier for humans to get through the large amounts of information they have.” MAG Aerospace has three core values. The first is to serve. Joe believes that if the company isn’t customercentric, working to make the world a better place, it might as well not exist.

“Serving others is always number one for us, but the numbers also have to work. If they don’t and you’re not making money, you don’t have a company. However, I’ve always believed that if we put service first and foremost, the numbers will grow, and they’ll take care of themselves.” 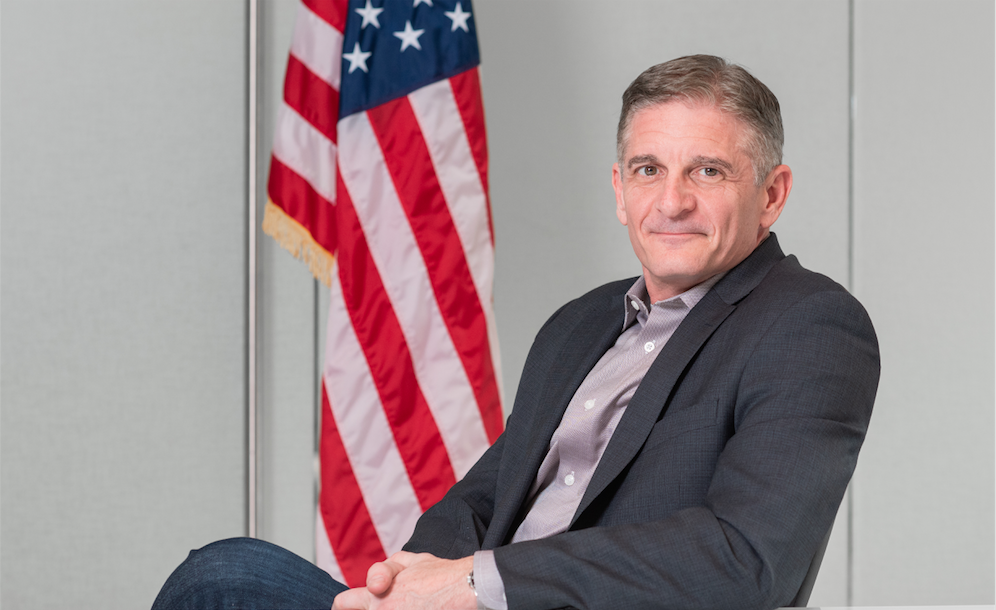 The second value is to win. “There’s nothing wrong with being competitive,” Joe says. “We honor our competitive nature and we’re not shy about wanting to win. We don’t always win and when we don’t, it gets to us. We spend a lot of time, work and effort figuring out why we didn’t win so that we do the next time.” The third value is to perform.

“There’s an unofficial motto at MAG Aerospace which is ‘to perform or be replaced’. It sounds a little cold-hearted, but it means we’re trying to build a purely performance-based organization.

As the leader, I don’t care where you went to school, where you grew up, what color your skin is, or what your family name is.

The company doesn’t consider itself perfect, but perfection is certainly what it strives for. “I joke with my employees that there is no perfect company and if you have found one, they wouldn’t hire you,” he says.

“We’re not perfect, but that’s the goal. We want a perfect meritocracy, and we do that by focusing on being a performance-based organization where people are evaluated by one metric: whether they perform or not.”

Instead of concentrating on innovation, MAG Aerospace prefers to look into creativity. “I think creativity is broader than innovation,” Joe states. “Innovation means I’m going to take something and try to make it better. Creativity means making something out of nothing; something that didn’t even exist before.”

MAG Aerospace’s Chief Technical Officer, Sam Sblendorio, is a celebrated individual in the airborne data acquisition space, and also an artist. Many times over the years, Joe has asked him to unleash his creativity on a thorny problem.

“He thinks in ways that other people haven’t thought,” Joe says. “He looks at things differently. We try to drive creativity to every corner of the organization. It’s MAG Aerospace’s creativity that has allowed us to stay at the forefront of what we do.”

Joe says he feels privileged to be part of all it has achieved so far. “I’m blessed to have an incredible team of executives working for me,” he beams.

“People are safer because of what MAG Aerospace does. We’re monitoring borders for illicit and human trafficking. We’re keeping an eye on volcanoes that might erupt. We’re looking for invasive species that could destroy crops. We’re protecting people from terrorist attacks. We’re protecting governments from insurgencies that will destabilize their economies and put their people in danger. We fight fires from the air. We save lives every day.” 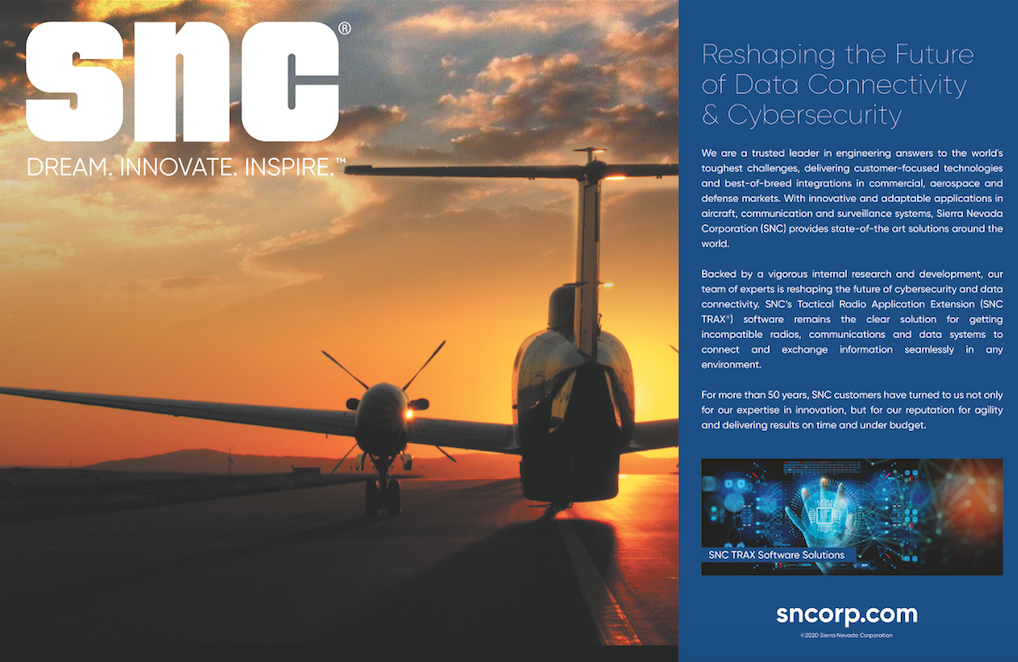