The Secret’s Out: John Owen Airshare was long considered the best-kept secret in private aviation. But President and CEO John Owen always considered the description a back-handed compliment, which failed to fully appreciate the company’s innovations and peerless business approach.

“We owned it for a little while, but our goal was always to not be a secret anymore,” he explains. “The way we’ve grown the business over the past few years, the way we’ve approached sales and marketing and our appeal to customers and employees is making Airshare a household name in private aviation.”

Founded in 2000, Airshare has grown fast. Based in Lenexa, Kansas, it is increasingly seen as a pioneer in providing clients with flexible options in private aviation across fractional jet ownership, EMBARK jet cards, charter services and aircraft management, including consulting for companies purchasing their own private aircraft.

Airshare is focused on growth – though Owen emphasizes, “We want to intelligently expand” – but also on achieving efficiency in its operations. It has implemented measures such as simplifying its fractional fleet to now operate two types of aircraft rather than six. Airshare also decided to be more targeted and strategic in selecting the markets it has entered.

“What we will do is pick certain pockets that we think are advantageous for greater efficiencies based on customer density from where we travel now, and also where customers live and operate out of, and expand from there,” Owen says. 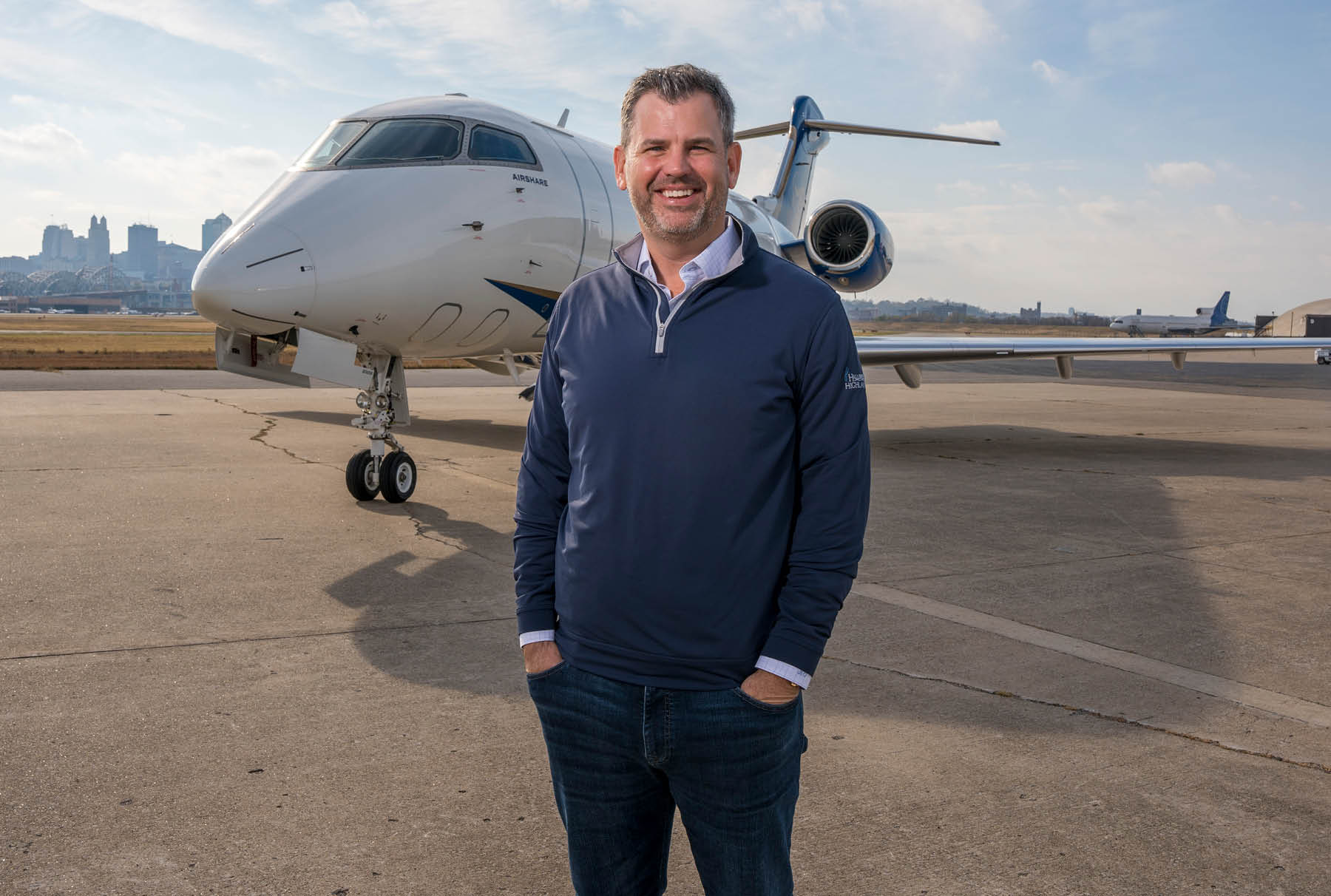 We really like the holistic suite of services we have developed with charter, jet cards, fractional ownership, whole aircraft management and maintenance, and we’re just looking to simply expand on what we’re already doing and grow from there.

“Everything we do is data-driven and about building more efficiencies into our flying, based on the information that we’re aggregating from not only what our customers are doing, but from what people in all of private aviation are doing,” he explains. “We have dashboards across all departments that have metric-driven targets that we utilize to drive results and achieve our strategic business goals.” 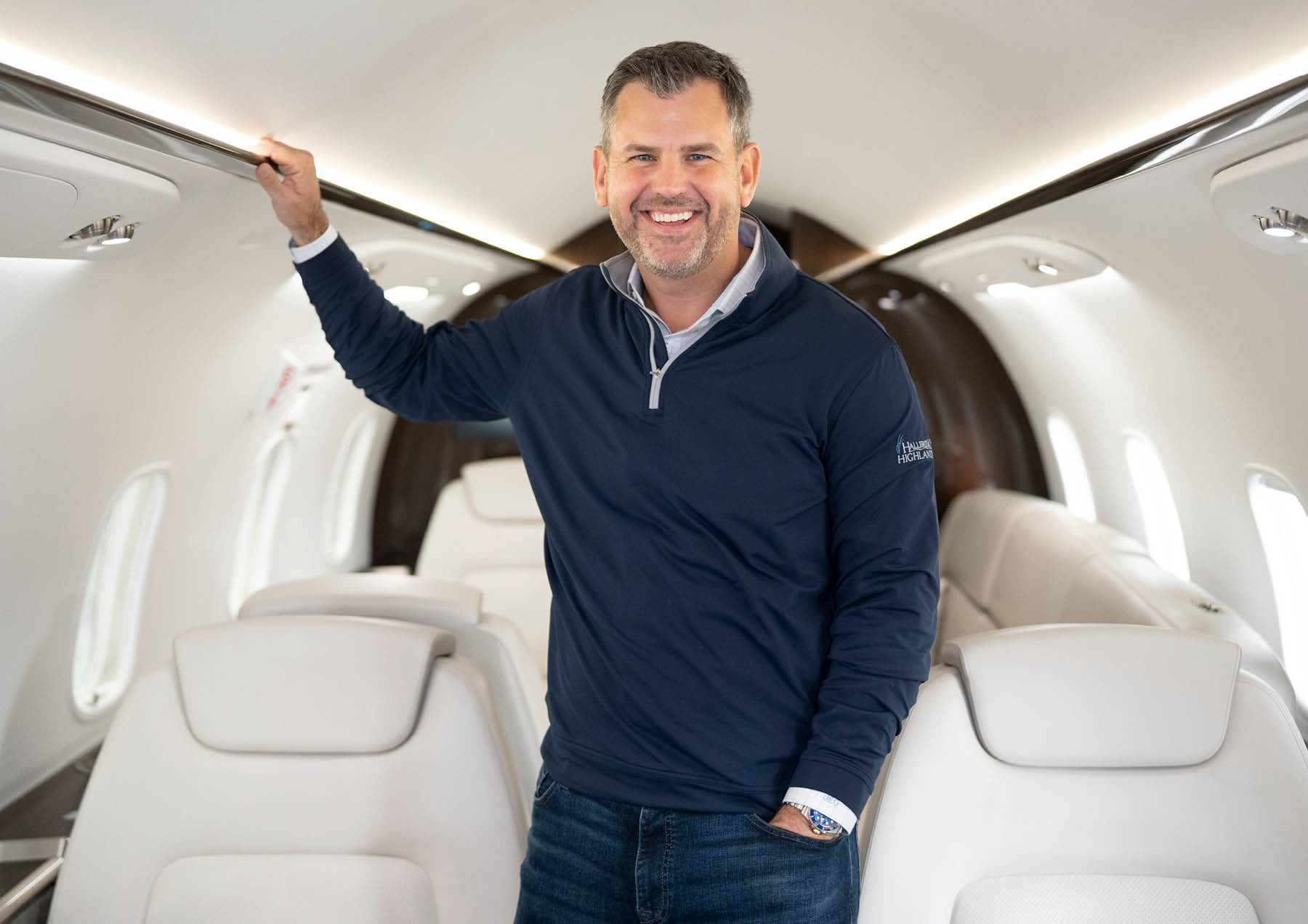 Everything we do is data-driven and about building more efficiencies into our flying.

Owen has built his career on crunching data and figures. After graduating with degrees in business administration and accounting, he worked for more than 20 years in management and financial consulting prior to joining Airshare as CFO in 2016. He was promoted to President and CEO less than two years later. Owen and his team immediately set about charting a five-year plan for Airshare, which it achieved ahead of schedule.

“We wanted to simplify the fleet, rebrand the business, grow into larger aircraft, which we recently have, and expand our service region,” he says.

“We really like the holistic suite of services we have developed with charter, jet cards, fractional ownership, whole aircraft management and maintenance, and we’re just looking to simply expand on what we’re already doing and grow from there.”

“We used to be an organization that was very siloed, but we found that there were so many good ideas coming from so many different departments, even on the same topic,” he explains. “We’re constantly collaborating – and almost probably overly collaborative in some cases – but we’d rather do that than miss something.”

Airshare considers collaboration so important that the company wants to continue occupying a single floor at its headquarters, even as it searches for new premises.

Innovation is another important value for Airshare.

“We’re always looking to get better,” he reveals. “From a customer experience perspective, we’ve always had insanely high net promoter scores, but that doesn’t mean we want to rest on that and get too comfortable. What we want to do is make those better than what we already have.”

The final value, celebrate, seems unconventional, but it speaks to the company’s special culture and an emphasis on making Airshare an attractive and enjoyable place to work.

“I think work should be a place you enjoy coming to every day, where people are walking around the office smiling and laughing. I think that makes everybody better at their jobs,” Owen says. “At the core, if we always act with integrity, and on a day-to-day basis continue to collaborate, innovate and celebrate, we’ll be in a great spot going forward.”

Part of making Airshare an attractive destination for talent and retaining staff is its commitment to openness and transparency. “Almost 100 percent of everything we do is open knowledge to any of our employees,” he says. 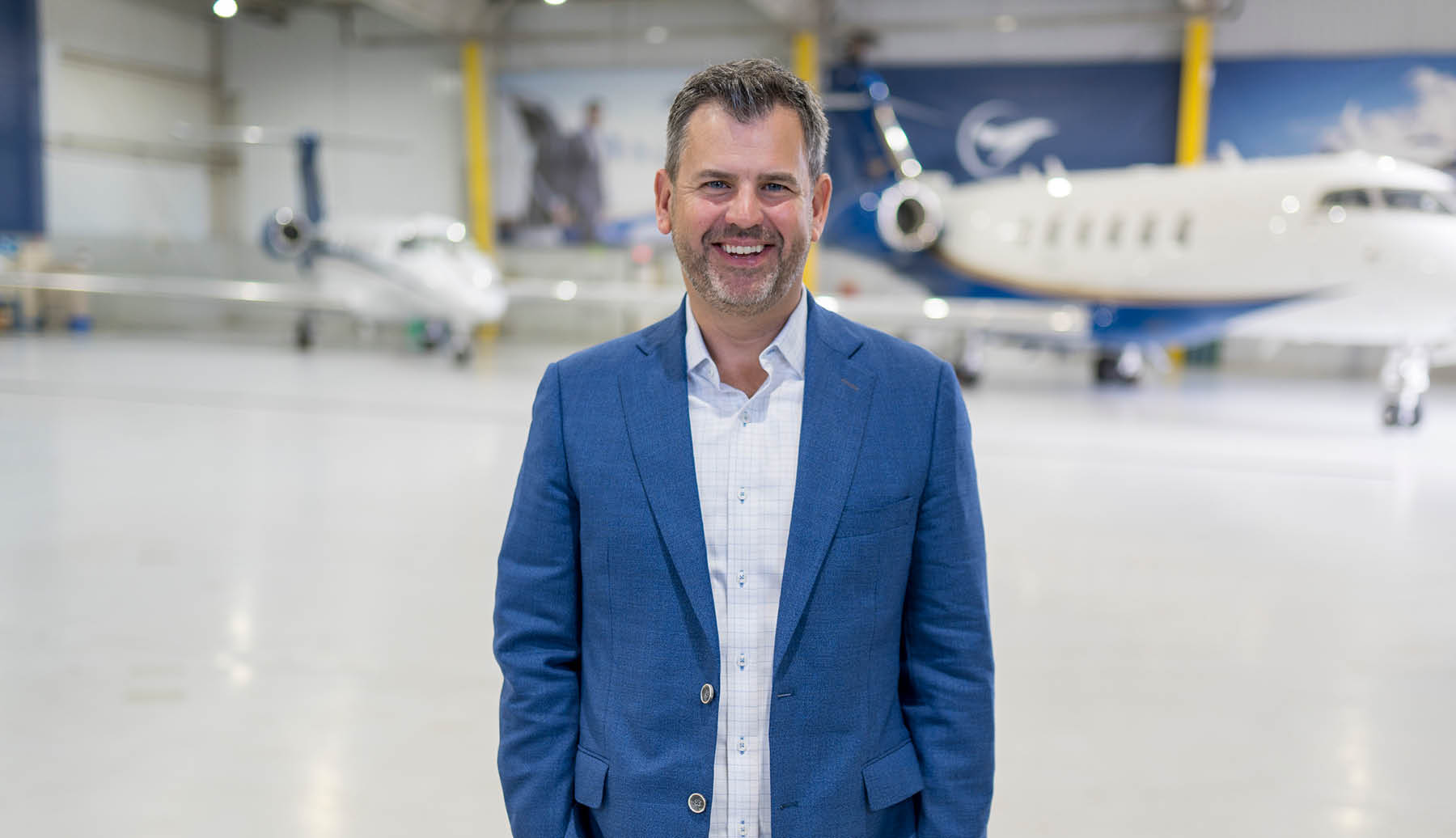 I think work should be a place you enjoy coming to every day, where people are walking around the office smiling and laughing. I think that makes everybody better at their jobs.

He often seeks employee input on important decisions or simply how to improve operations. In the case of hiring pilots, he queried Airshare’s own pilots on the “secret sauce” needed to attract more talent.

During the pandemic, while staff were working from home, he realized the company wasn’t effectively communicating what was occurring on a daily basis. Owen began writing a weekly email to employees, summing up the week’s activities and accomplishments. He’s still sending it out every week.

“One of the things that I get a lot of comments on when I’m traveling around with our employees is they enjoy knowing what’s going on. So, we’re trying to do more and more of that,” Owen says. “We’re a very transparent team.” “The Bombardier team appreciates our strong partnership with John and the team at Airshare. We are honored that Airshare chose our Challenger business jets to support their customers, and we look forward to continuing this partnership for many years to come.” – Michael Anckner, Vice President of Sales for US Corporate Fleets, Defense & Latin America, Bombardier