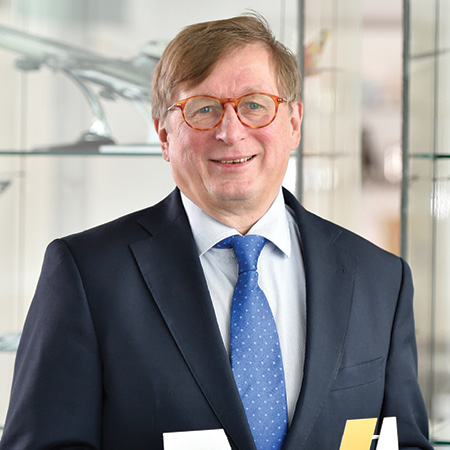 When faced with delayed flights or lengthy stopovers, many would let out a sigh of unease at the prospect of killing time at an airport terminal. But at Munich Airport in Germany, neither the travellers nor the staff ever get bored, according to CEO Michael Kerkloh.

The large and sophisticated hub airport, run by Flughafen München GmbH (FMG), has been chosen as the best European airport for eight consecutive years, and that is just one of its many global accolades. Last year, Munich Airport was also awarded a five-star status from Skytrax – the ‘Oscar’ of the aviation industry. Its Terminal 2 has been classified as one of the six best terminals in the world for transit passengers and came in second in the category for travel experience, comfort and leisure.

Visitors can shop, eat, view art exhibitions, explore a car showroom, have a drink at the onsite brewery, play mini golf, or rent out sleep pods. Kids can play on aviation-themed playgrounds, enjoy arts and crafts, or explore the ‘adventure plane’, which is complete with ball pits, video games and a cinema. On occasion, visitors can even go surfing, ice-skating, or even pilot a Boeing 737NG across the Alps in a flight simulator. Overcoming new challenges and continuing to inspire enough drive in your staff to go above and beyond is the real test — you ideally want to get a top award a second, third and fourth time.

Overcoming new challenges and continuing to inspire enough drive in your staff to go above and beyond is the real test — you ideally want to get a top award a second, third and fourth time.

“It is an extremely good airport with so many great things to do,” says Michael, who has been CEO since 2002. “We want it to be as hassle-free as possible because when you travel through such a big, industrial landscape it can be threatening for many people, and they aren’t sure what to do. So we cater to those travellers and make sure they feel good the whole time they’re in our facility.

“A five-star label may only be a label, but it shows that we continually strive to be above average. We want to be singular, we want to be unique,” Michael says.

Just like its travellers, the people within the airport and at FMG have plenty to keep them busy; there is always some problem to solve or new quality to achieve. But while getting to the top is a great feat, just as difficult is staying there while tackling an always-changing environment.

“Overcoming new challenges and continuing to inspire enough drive in your staff to go above and beyond is the real test — you ideally want to get a top award a second, third and fourth time,” says Michael. “I always compare it with the soccer team in Munich, they are never satisfied with winning the Champions League just once, they want to win it again and again. They have to change the team and they have to create the right environment, keep improving skills, and so on.”

Munich Airport ‘the most beautiful in Europe’

Few people would know how to create an award-winning airport quite like Michael, who has fourteen years under his belt with Munich Airport after eight years at Hamburg Airport, and another seven-and-a-half years with Frankfurt Airport. “I have worked in big airports and medium-sized airports, but Munich Airport is the most beautiful in Europe, and maybe even in the world. It’s on our agenda to keep it that way,” says Michael. 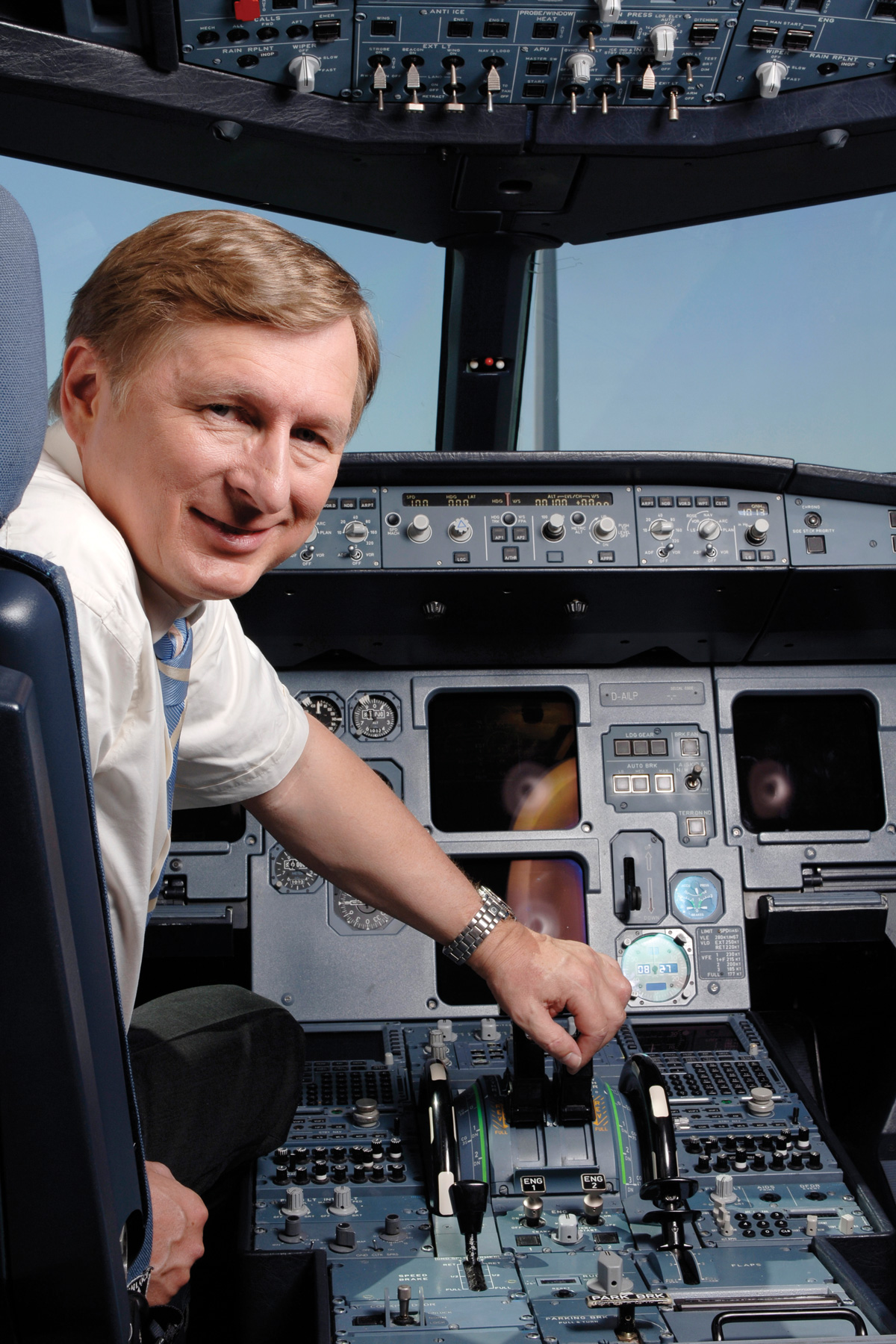 When he first joined Munich Airport, the enterprise was about to commence its second development program to establish itself as a major European hub. The work included a capital expansion initiative and new sustainability and marketing efforts to ensure air travel is viewed in a positive light.

“Aviation is often under scrutiny, with people debating whether it’s a good thing or a bad thing because of its impact on the climate,” says Michael. “We have to make sure that what we do is widely accepted in society, and that is a big part of what I do”.

While most organisations will have developed a three- to five-year strategy, for airports this is an extremely small window of planning considering many of its investments will affect the next twenty to forty years, like terminals and runways. For airlines, however, this period is a medium-term planning tool, meaning that maintaining strategic airport-airline business partnerships can involve conflict around investment and expansion. Despite these differences, Munich Airport has so far successfully collaborated with one of Europe’s largest hub carriers, Lufthansa, in a joint venture to help consolidate growth with both the airport and the airline.

The facility’s highly rated Terminal 2 — which is used exclusively by Lufthansa, the Star Alliance and its partner airlines — contains special architectural concepts to ensure the fast transfer of passengers, while Lufthansa’s Munich hub is renowned for its punctuality, with more than 93 per cent of all Lufthansa flights taking off on time when last monitored in early 2014. “By introducing Star Alliance quality to Terminal 2 through our joint venture with Lufthansa we have reached a new height of quality and service — it is a real benchmark in Europe,” says Michael.

The joint venture has also been useful in generating new revenue streams for both partners, from the additional food and beverage and retail suppliers set up within the terminal. The partnered business model features common planning and building but also the financing and the revenue sharing scheme so that both parties have a larger interest in growing the venture. “This model is yet to be copied by other airlines, but we have a lot of insight into how airlines operate, what their requirements are and how to retain them, and vice versa,” says Michael.

Anticipating a big drive from Asia to Europe

“We now want to renovate and uplift Terminal 1 to get it to the same standard. Terminal 1 holds all the other airlines, including the local carriers, and we hope to use it to foster greater working relationships with other alliances and industry partners. We will need to be flexible enough to respond to the requirements of the local carriers and other segments that we have.” This includes increasing the airport’s capacity for Asian airlines to cater to the growing Asian market, as Michael anticipates a big drive from Asia to Europe.

“For a hub airport like Munich Airport, this also means not only the rise of the Asian markets but also of the bigger players in aviation,” he says. European airports must maintain high-quality service for airlines and travellers if they want to maintain their market share, as a shift in competence may lead hub traffic turning eastwards to the large players in the Persian Gulf like Dubai, Abu Dhabi and Doha. 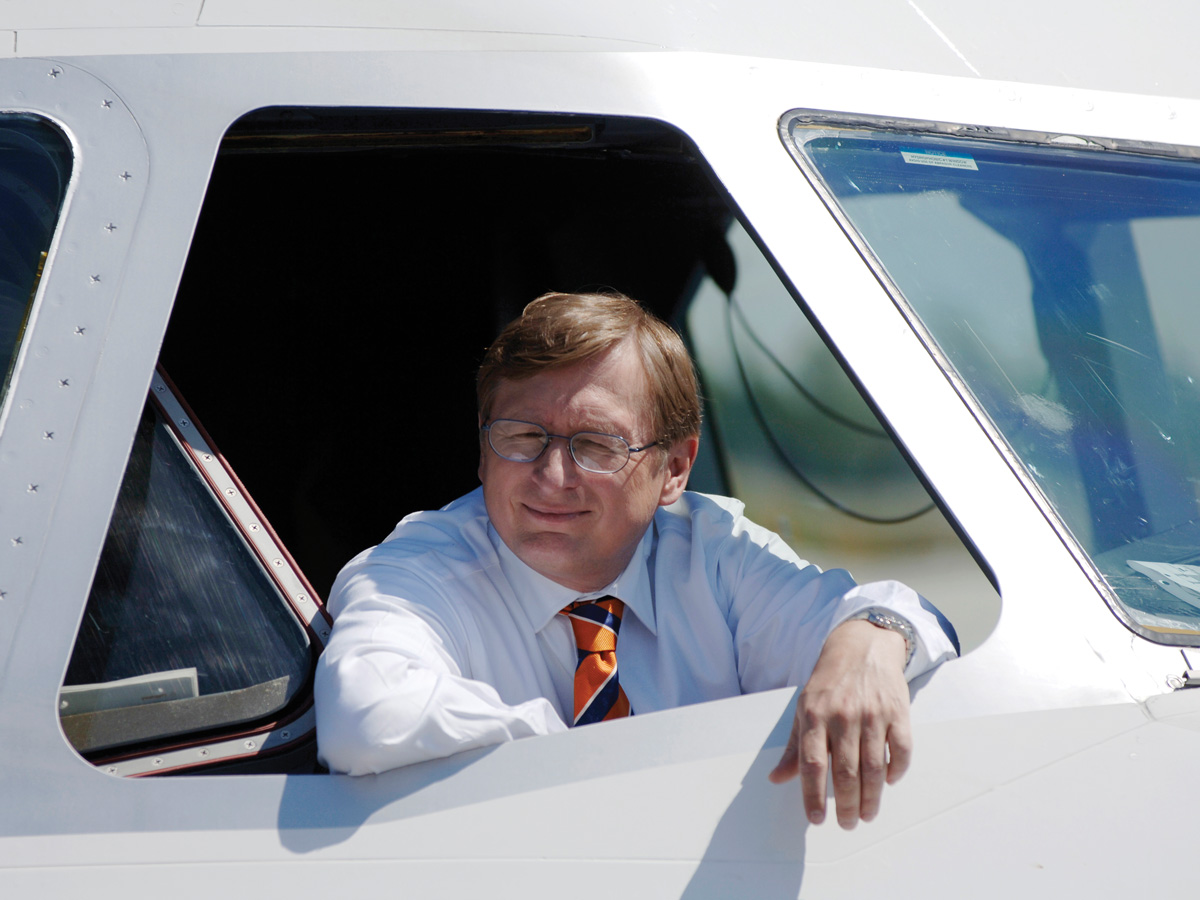 “Turkey also poses a large threat to us, traffic-wise, because geo-strategically it is very well placed. It has a very big hub airline and of course they have the political will to design and influence their customers, especially the Eastern markets. That will challenge our business model,” says Michael. With a further 58 million passengers forecast to visit Munich Airport by 2025, and airfreight volumes set to increase, maintaining the airport’s position as a leading European hub meant that expansion of the airport’s facilities had become necessary to meet demand.
As a result, another long-term project for Munich Airport is the construction of a third runway. First initiated in 2007, the project was granted zoning approval in 2011, but is still tied up in political red tape. “The battle has been fought for the third runway, and we have approval now, but the political process is very complicated,” says Michael. “I hope that sometime in the next two to three years we will have confirmation to go forward with construction and have it operational within the next decade.” 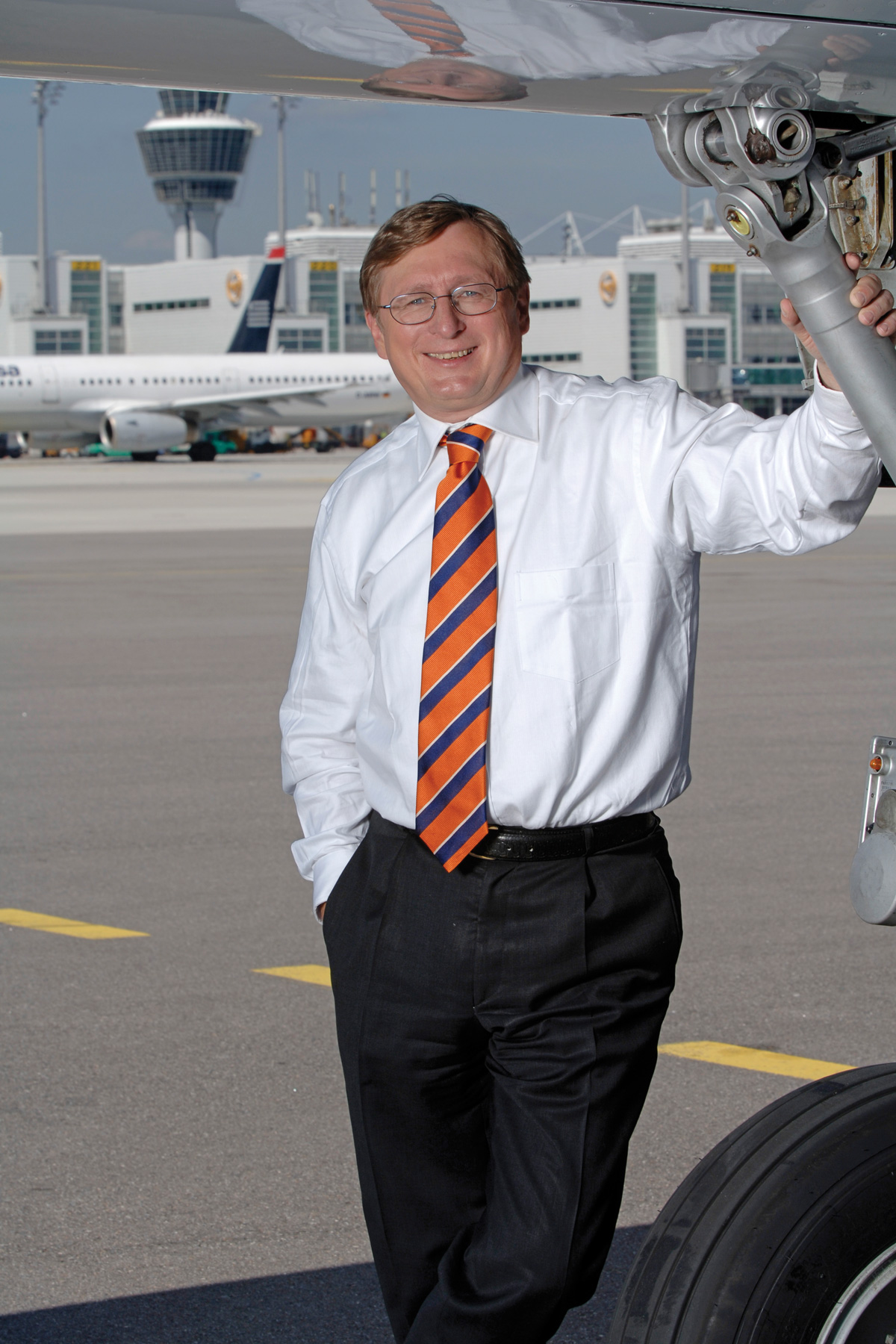 We want to uphold sustainable, reliable relations — that is very important.

Expansion has also become necessary to adapt to the growing number of supply relationships and onsite companies Munich Airport has taken on, with more than 550 companies now operating out of the airport, in addition to its many subsidiary firms. “A large part of the airport business is the fast growing diversity of our other services. We have retailers, we provide border control and security, we do on-the-ground handling, we have a hotel, a medical centre and our own brewery,” says Michael. “Fifty per cent of our turnover is coming from the non-aviation activities, so that is also a challenge: keeping the companies together with a common agenda, and a common vision.”

For an organisation that requires such a long-term vision, and the growing expansion of the palette of services for which the airport serves as a base of operations, having strong consistent relationships with
suppliers can help ease the complexity of operations.

“We want to uphold sustainable, reliable relations — that is very important,” explains Michael. “It is always an advantage when your partner knows you, knows the facility, and understands how the company works.”

Suppliers and partnering firms are also very carefully selected due to their overall contribution to the airport’s success and recognition. “Suppliers and service providers contribute to the high quality that we all want to achieve,” says Michael. “If the airport gets a five-star label, it is also their five-star label. They contribute to this high level of service and they are part of our success.” 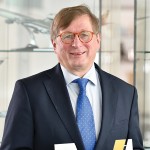