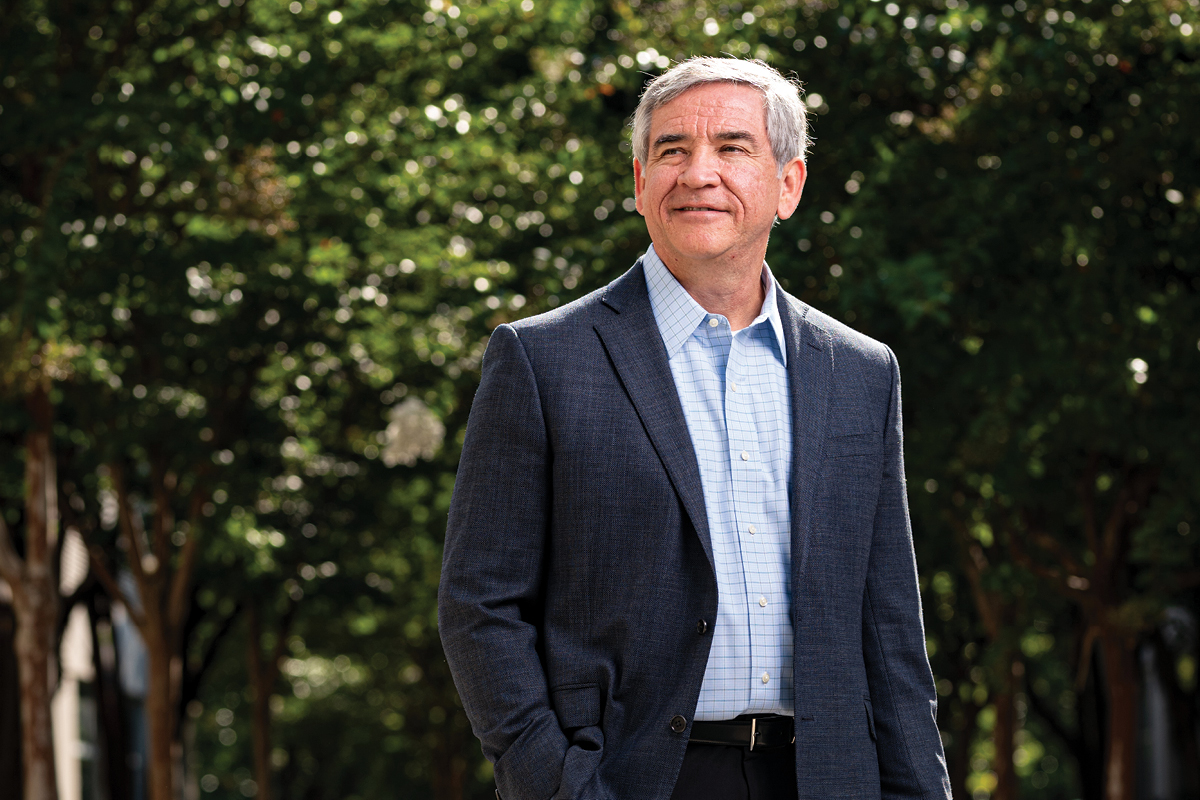 One of Theodore Roosevelt’s most famous quotes is a favorite for Pinnacle Solutions CEO Mike Durant: “The credit belongs to the man who is actually in the arena, whose face is marred by dust and sweat and blood; who strives valiantly…” Mike knows about sweat and blood and he knows what it means to step into that arena.

He has stepped in constantly throughout his military career and, in 2008, he took a giant leap with the launch of his aerospace company Pinnacle Solutions. In 1993, Mike, then a member of the 160th Special Operations Aviation Regiment (SOAR) deployed to Somalia, piloted one of the five Black Hawk helicopters shot down during the Battle of Mogadishu.

Badly injured, beaten and then captured, Mike was held as a prisoner of war for 11 days. This incident made international headlines and was the inspiration for the blockbuster movie Black Hawk Down. Mike resumed flying and was later awarded the Distinguished Service Medal, the Distinguished Flying Cross and the Purple Heart.

He wrote a bestseller chronicling his military experiences and captivity and, in 2008, was inducted into the Army Aviation Hall of Fame. Although Mike is one of the most widely recognized military veterans, today, the achievements of his company Pinnacle Solutions are gathering similar attention.

Mike’s values, discipline and work ethic gained ‘in the field’ are proving to be just as valuable in the corporate boardroom.

“The company does everything in the aerospace industry except build the aircraft,” Mike laughs. “It’s a pretty broad set of capabilities.” Training is the pulse of Pinnacle and the company’s extensive expertise and reputation in this field means it’s an industry leader. The Department of Defense is the company’s largest client.

Pinnacle Solutions has just commenced a major seven-year contract with the US Army, providing maintenance services and training for the Shadow and Gray Eagle unmanned aircraft maintainers, sensor operators and pilots.

“Pinnacle will have full control over the largest drone training facility in the world,” says Mike. “We’re essentially running the whole schoolhouse for the Army.”

In addition, Pinnacle has a major contract with the US Air Force to train tanker crews for the KC-10, the largest refuel tanker in use. NASA is also a key client with Pinnacle, extending its aerospace expertise, having supported NASA’s aircraft on scientific research missions.

Pinnacle stands out from the rest of the market as a company others aspire to be. Mike attributes the company’s success to two key factors. “We’ve made good decisions at key points regarding hiring and infrastructure,” he states. “We also have a very strong reputation with a focus on our honesty and integrity for doing business the right way.” 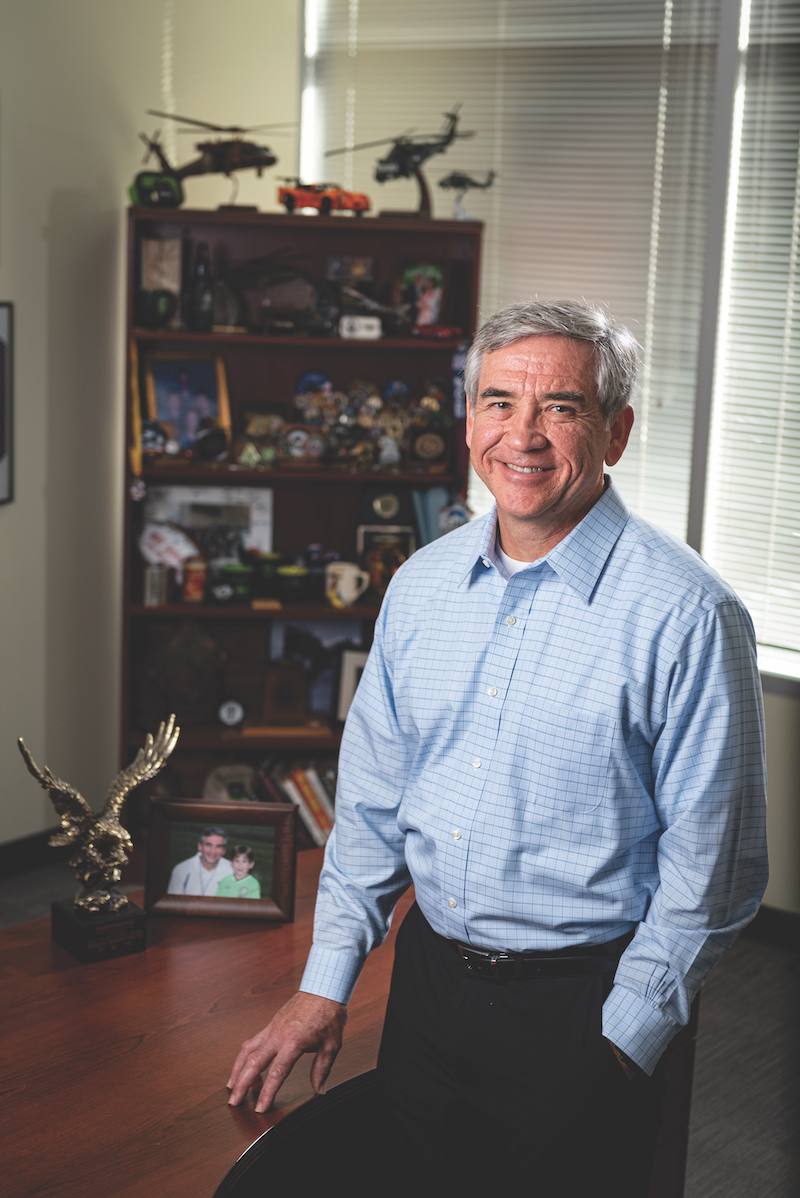 Pinnacle’s achievements are what makes Mike the proudest. “I love the fact that when we started the business we had no idea it would grow to what it has. We started with just our knowledge of the industry and a passion to succeed. I think anyone who can make it through their first year has to be proud. It’s a challenge – especially if your target customer is the Federal Government,” he laughs.

“I’m proud we achieved this with no outside help. There were no third-party investors, no equity from outside partners. This is all organic growth. We’ve grown and expanded on our own as a result of hard work and good decisions and that’s important to me.

“We are near the forefront of our peers in terms of what we’ve achieved in 11 years. We’re now seen as a winning team and that requires leadership and, at Pinnacle, this exists at all levels.”

“If you create a culture that accepts mediocrity, then that’s what you’ll get,” Mike asserts. “I’m trying to set a standard of excellence. We do everything at a very high level of performance – no exceptions. The standard is not 99%; it is 100%. If this is the norm, it becomes achievable.”

The hallmark of being in aviation and, certainly, special operations is professionalism and mission focus on getting the job done. “I don’t think I put demands on anyone else that I don’t put on myself.”

By his own admission Mike is a very “hands off” manager. “I believe we hire people to fill positions and, if we do our jobs correctly, they shouldn’t need a lot of oversight. I’m in there by exception if I need to be, which does happen, but it’s the exception not the rule. It’s satisfying to be a part of this really well-run machine that’s very successful.

The caliber of the team at Pinnacle could also be attributed to its partial Employee Stock Ownership Plan. “It gives our people the opportunity to put skin in the game,” Mike says.

“When Pinnacle is successful, our employee-owners benefit personally. There’s a reason why people want to be part of our team – we’re viewed as a good company and I’m proud of that.” 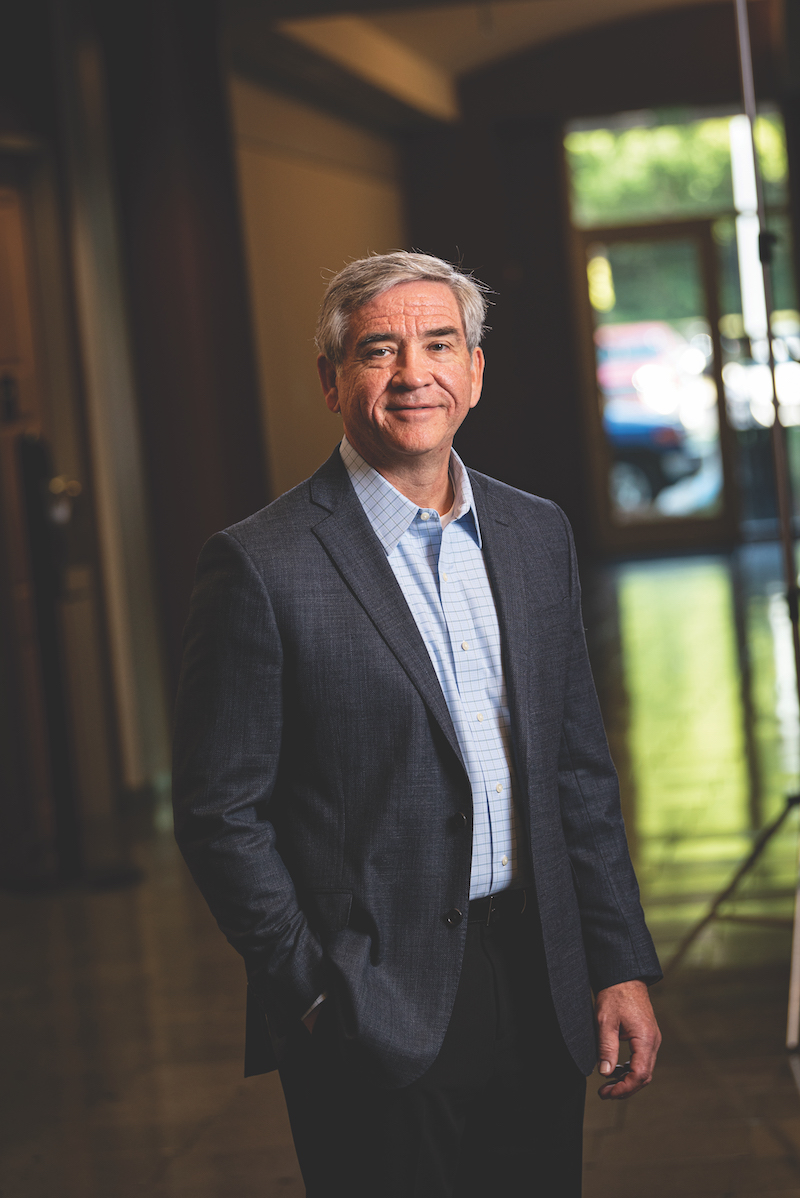 Having a strong cultural alignment with strategic partners and suppliers is paramount for Pinnacle Solutions. “We want our partners to have the same mission focus and treat people the same way we do at Pinnacle,” he says.

“Our job is to be responsible for the overall project – if our partners and subcontractors aren’t performing to the same standard, we have to hold them accountable.”

In 2013, Mike was awarded the nationally acclaimed Vetrepreneur of the Year Award. “I was very humbled to be nominated and selected,” he recalls. “I hope I represent our veteran community well. I believe veterans have so much to offer – there’s a lot of capability coming out of our ranks.”

Pinnacle Solutions is a strong advocate for veteran recruitment and, in 2019, was recognized by the Department of Labor’s HIRE Vets Medallion program for recruiting and employing American military veterans, for which it received a Gold Award.

At the time of print, Pinnacle had 220 veterans in the team – just over 40% of the company’s workforce. “The core of what we do is military aviation and the best place to find that expertise is in the veteran workforce – they flew the KC-10s, the Shadow, the Gray Eagle, the C-130s and P-3s. You just don’t find these skills in the general population,” suggests Mike.

“The nature of our work means we’re a good fit for these highly skilled veterans.

“We’re proud we employ so many veterans – employing a veteran means we inherit their work ethic, their skill sets and their commitment to the mission, which are all qualities you look for in a great employee.”

Mike’s personal experiences in special operations have shaped his managerial style and are why Pinnacle is the success it is today. Mike is in his arena. “I have a mission-focused mentality and I’m very driven to succeed. I know how to set the bar high and encourage others to try to achieve it with me. My experiences gave me the incentive to want to push the edge of the envelope and not be afraid to fail. You’ll never achieve your full potential if you’re afraid to fail – you need the courage to get out there and do it.

“Surviving what I did gave me the extra push to take it to the next level. It motivated me to say, ‘I don’t want to be at the end of my life wondering what if.’ I want to look back and say I left it all on the field.”