The name Aston Martin has long enjoyed almost mythical status among motoring cognoscenti, and the association between Aston Martin and the James Bond film franchise has only enhanced that in many parts of the world.

“To me, Aston Martin is not really part of the car industry. I would say it’s more a part of the luxury industry,” Nancy Chen, General Manager at Aston Martin Lagonda (South and South-East Asia), tells The CEO Magazine.

“I’ve always had this thing for luxury businesses – it’s a special interest to me, especially at Aston Martin.” Nancy has a bond with the company that goes back to her days as an MBA student. She gained a BSc degree in the US and ran her own printing company for about three years.

While pursuing an MBA at Oxford she accepted an internship at Aston Martin Lagonda’s Gaydon headquarters and hasn’t looked back in the 11 years since. But the name Aston Martin is not as ubiquitous as many think it is.

A year after joining the company, Nancy was approached to take the marque to China, to introduce it to a new market and establish its presence. She jumped at the chance.

“Having studied and worked in the US, I felt that I could be a very good bridge between the Western and Eastern business worlds to help Aston Martin explore business opportunities in China. I moved to China and was there for about four years to support the set-up of the whole network. It was certainly a very challenging role, and at the same time very fulfilling,” she recalls.

Nancy took on the role of General Manager of the company’s South and South-East Asian market about four years ago and has grown the business by double digits almost every year. 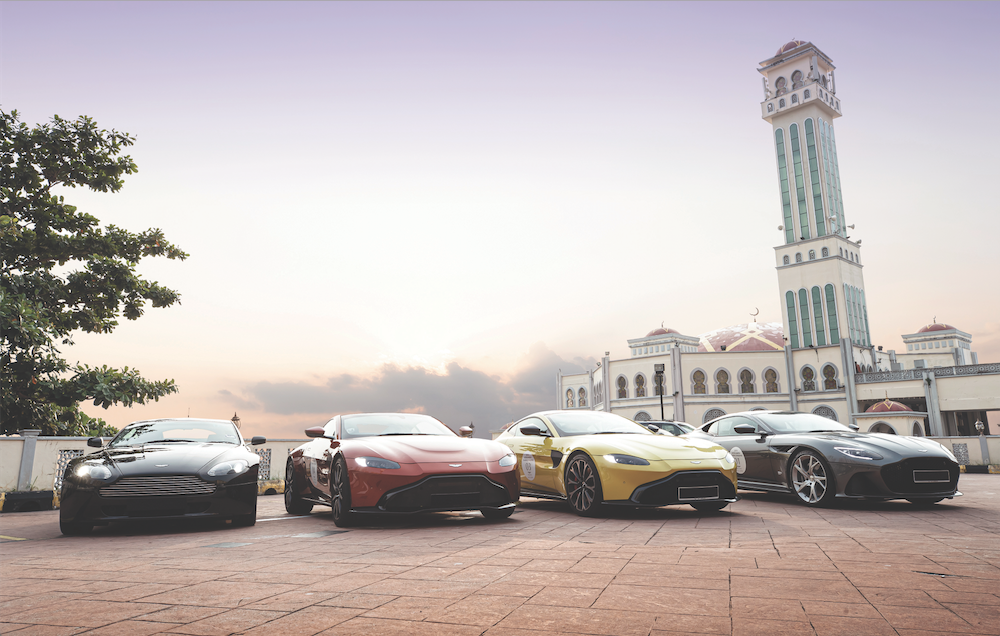 “Seven out of the eight markets that I look after are emerging markets. They all have great potential, and they all have their own challenges,” says Nancy, smiling.

Aston Martin has a high recognition rate in Western countries, but less so in Asia.

In Singapore and Malaysia, formerly British colonies, the brand is well known, but in South and South–East Asia the immediate challenge is to raise awareness of the name as a highly aspirational supercar marque.

“You can always turn a challenge into an opportunity. Some people don’t even know that we exist in the supersportscar world. So our job is to make it a sustainable business and stabilise the reputation of the business here,” she concedes.

Building recognition for Aston Martin is a motivational process for Nancy and her team. Included in their strategy are the company’s Touring Challenges, in which owners and those who aspire to owning an Aston Martin have the opportunity to drive the cars, experience the thrills of participating in a challenging event with friends, and meet new people with similar interests.

“We continue to promote the brand through our touring events,” says Nancy. “Now, customers are basically our best salespeople – they are our advertisers. They enjoy driving Aston Martins and being part of the Aston Martin family. They volunteer to come to our Touring Challenges because they want to feel part of the family, so there is loyalty there.”

As part of the Touring Challenge events, a convoy of Aston Martins departed the company’s showroom in Kuala Lumpur in June last year and drove the very scenic route to George Town Penang, Malaysia’s second largest city and home to a UNESCO World Heritage site.

Along the way, the drivers experienced the potential and enormous capabilities of the cars. The company held another Touring Challenge in November, leaving from the Aston Martin Singapore showroom to enjoy the winding roads to Genting.

Drivers got the feel of different road characteristics, from highways to winding back roads, and tested their driving skills in cars designed to handle such conditions. On arriving in Genting, they enjoyed a relaxed lunch at FUHU Restaurant and Bar – Zouk’s first ‘vibe dining’ restaurant.

Nancy is direct in her approach to building the business relationships so important to a company like Aston Martin Lagonda in Asia. Her formula is simple enough: “When you say you’re going to do something, make sure you get it done.” She elaborates,

“I’m an honest person, so I’m very direct. I think you need to build trust. Once you deliver what you say you’re going to deliver, after a few months they will start to trust you. There’s another thing – never over-promise; you should always over-deliver. That’s how people start building confidence in you.”

Nancy appreciates the special opportunities a company like Aston Martin Lagonda presents. Her role fulfils many of her professional – and personal – aspirations, combining them in a way few other jobs could.

“What do I like about my job? Certainly the product – Aston Martins are beautiful pieces of art that really excite me. But at the same time, meeting different people from different parts of the world never gets boring, so I always have new things to learn and new encounters to challenge myself,” she says.

“My belief is that you don’t work for the money – life is just too short. Do something you really like – and make the best of it.”