Off-road but on track: Nicolas Maure

Russian car manufacturer AVTOVAZ has picked itself up off the canvas to take the fight to its competitors.

Off-road but on track: Nicolas Maure

Russian car manufacturer AVTOVAZ has picked itself up off the canvas to take the fight to its competitors. 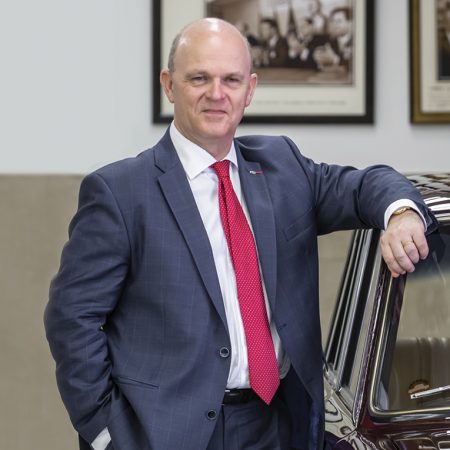 Four years ago, the Russian automotive industry began its decline. The bleeding quickly became haemorrhaging as international sanctions cast the country into recession, and finally the oil bust caused the market to bottom out in 2015. While many carmakers were brought to their knees, the impact on AVTOVAZ was catastrophic due to its high fixed costs. Mother company Renault–Nissan stepped in to bail out its subsidiary, but that was only a bandaid solution.

It needed the right person to lead Russia’s largest manufacturer back into the black. Highly regarded Renault executive Nicolas Maure was earmarked for the position, and while he admits it was far from smooth sailing when he first took over in April last year, the former CEO of Dacia SA is now beginning to yield the desired results.

“AVTOVAZ has its own integrative production and engineering. Even the networks are part of its fixed costs, which are very significant. So when the volume of sales nosedives like they did, then it becomes very challenging,” Nicolas explains. “The first task was to recover our financial situation as quickly as possible. To do that, we looked to the good assets in the company: two cars that had just been launched. 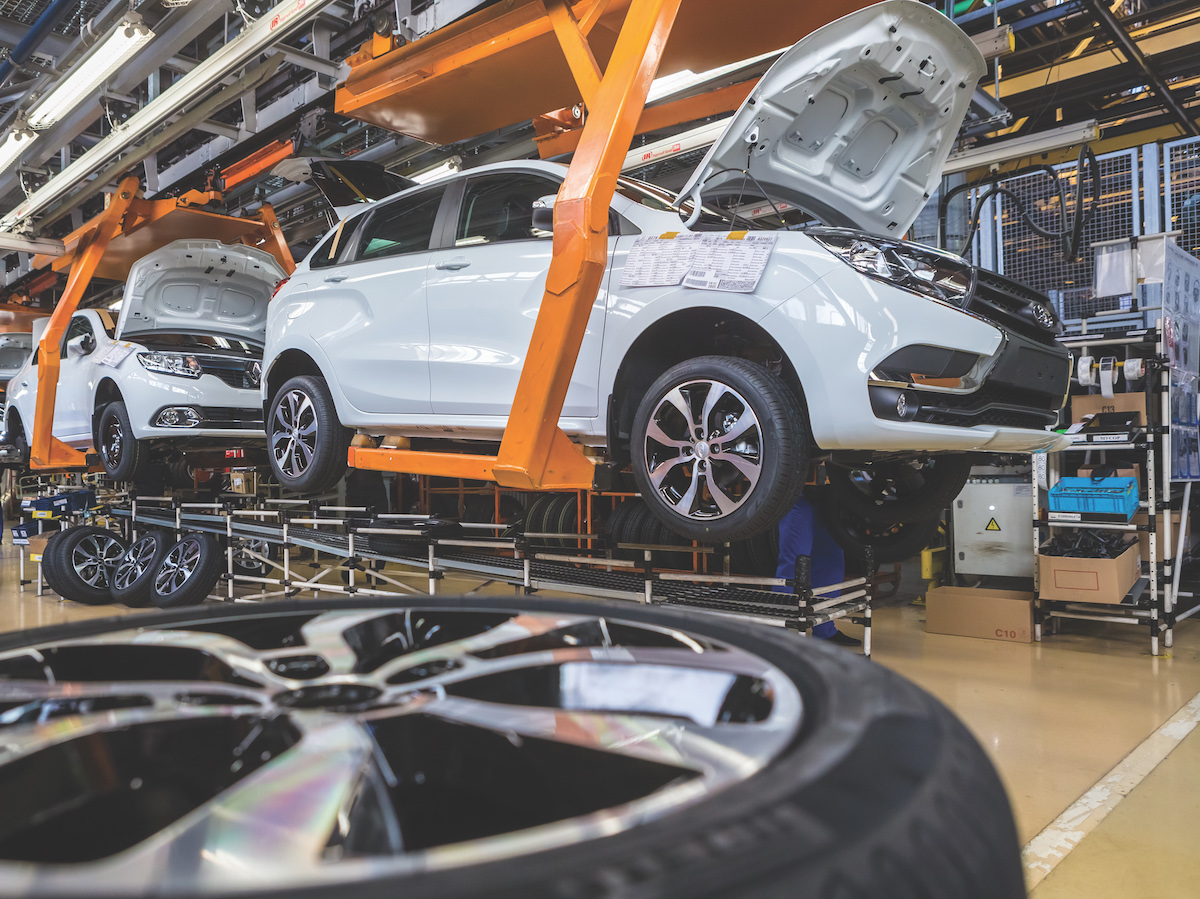 “Those cars, the LADA Vesta and the LADA XRAY, were launched by my predecessor, but the profitability of those models was not good enough, so we worked a lot on the content of the cars, and by the end of 2016 we had significantly improved their profitability. We also had to reconnect AVTOVAZ with Renault, because it had previously been managed on more of an autonomous basis. Being part of the Renault–Nissan Alliance brings many synergies to AVTOVAZ, and it was really important to make production efficient, and develop effective connections between Renault and the Alliance.

“To do that, I invited people from Renault to join us. So today, we have about 15 expatriates from Renault, compared to just two when I first arrived. The plan is not so much to increase that number, but to use those people to facilitate communication with the mother company, and to do it for the sake of the future of AVTOVAZ.”

Relaunching as a specialised car manufacturer for export markets

Nicolas says exportation is a vital component of the company’s regrowth, and it’ll direct its efforts into niche markets, like it has done in the past with its iconic all-terrain LADA 4×4. “We are working to relaunch the exports of the company, which were almost down to zero, and to find a potential profitable export market for the cars and vehicles that we make,” he reveals.

“The LADA 4×4, which was previously named Niva, sold well in the UK in the old days. So we want to use the brilliant past history of that car to relaunch as a specialised car manufacturer for export markets. We’re focusing on the mass market in Russia and niche markets in exports.

“One event that is good for that is the Moscow International Motor Show, where we presented our new concept cars last year. Importantly, by doing so we demonstrated that the company was back on the scene, and that the newly designed LADA cars could match the offerings of our competitors.”

Of course, re-establishing its mass market superiority on the home front is crucial too. With the vast and diverse landscape of Russia and its extreme conditions, there is an emphasis on durability. For a company that designed the legendary LADA 4×4 – which has, for instance, hauled passengers up to Mount Everest Base Camp, and operated for several years in the unforgiving climate of Antarctica at the Russian Bellingshausen Station – it’s not surprising it has another star performer in the XRAY, fresh off the assembly line. 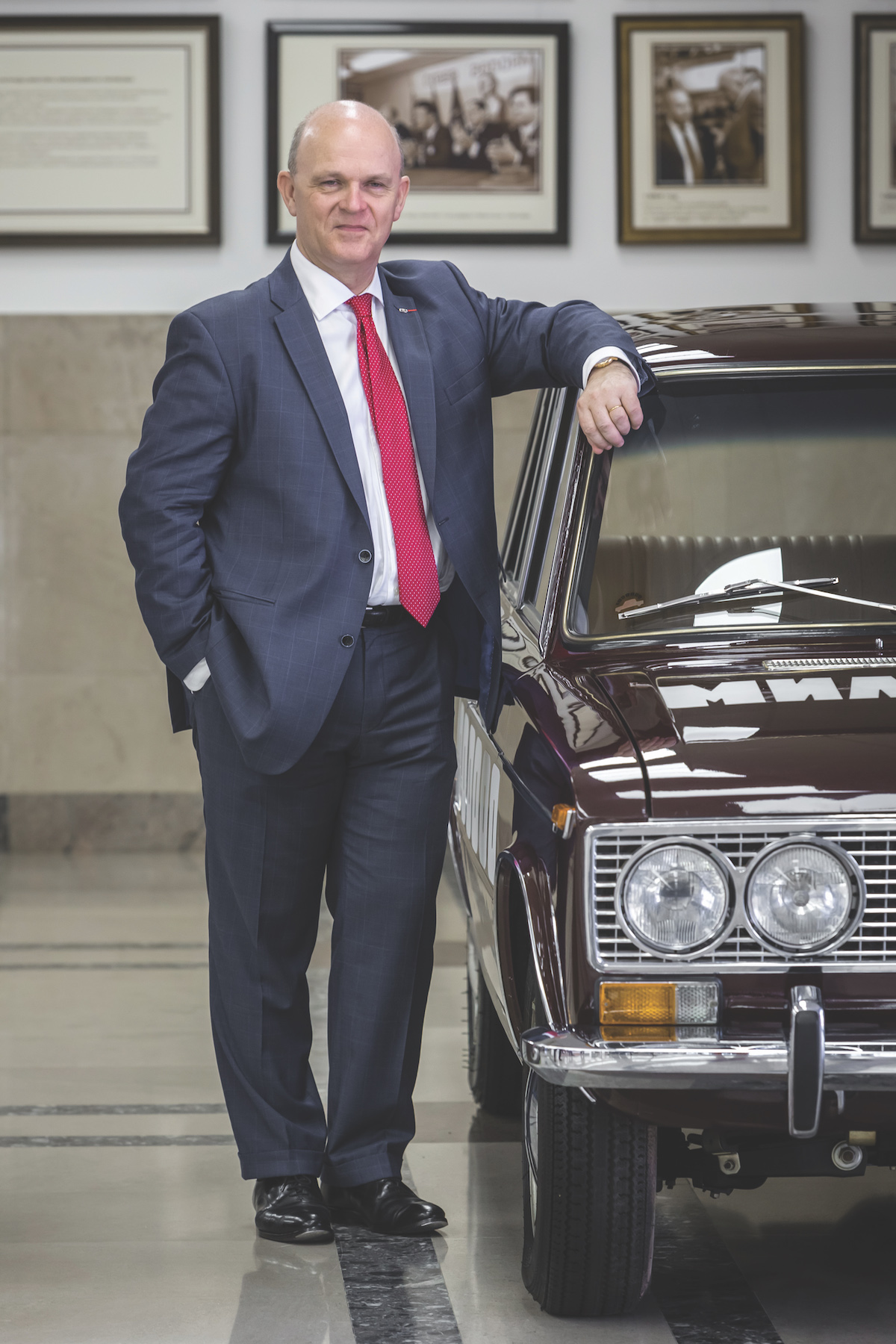 The XRAY recently passed the off-road and extreme cold test with full marks, travelling 23,000 kilometres with heavy loads, over snowy roads and cross-country, to successfully reach Oymyakon, the coldest inhabited locality in the world that regularly averages -45°C in winter. The product is clearly resonating with the Russian people, with a record 3,000 XRAYs being moved in the month of March alone.

“Our main market is Russia, and Russian driving conditions are quite different from the rest of the world,” explains Nicolas. “There are very low temperatures; there are four months of snow; and in summer, roads become quite slippery as ice melts and there are potholes and other hazards.

“Also, you drive longer distances. Because the country is so big, like Canada and the US, you may be covering 2,000 or 3,000 kilometres, and this isn’t something you would see in the UK, France or Germany. For these reasons, our cars are all engineered to be compliant with the conditions that we have in Russia. The vehicles are easy to maintain, easy to fix, and we have 330 dealers around the country, so if you have an issue there is always a dealer nearby to help. That is not the case with other carmakers.”

Securing the future of Togliatti

Not many car manufacturers can say the fate of a whole city depends on its success either. The city of Togliatti urbanised around the AVTOVAZ plant to accommodate the wave of citizens moving to the area in the late-60s for work. The carmaker and the town are so intertwined that Nicolas has made it a priority to secure the facility’s long-term future.

“Togliatti has a population of around 700,000, and we are by far the centre of the city,” he says. “It goes without saying that when AVTOVAZ is doing well, the city is happy, but when it’s struggling the city feels it. Therefore, we are in regular contact with the city as well as general and state authorities, to make sure that the employment situation in Togliatti is being managed the right way. Our major focus is to first ensure that there is a feeling of security within the plant.”

When AVTOVAZ is doing well, the city is happy, but when it’s struggling the city feels it.

The renewed optimism for the future has ensured celebrations for AVTOVAZ’s fiftieth anniversary won’t be muffled. “We have already had an open day, which attracted 50,000 visitors, and it was great because a lot of them didn’t realise we were completing a full revamp and modernisation of our Tolyatti plant.

“In addition to the open day, we released limited-edition Vestas and XRAYs,” he says. “And the celebrations will continue until 19 April 2020, because the first car was assembled on that date in 1970.”

Innovation at the forefront

In the meantime, innovation is at the forefront of Nicolas’s mind. “Currently, we’re working on the connectivity of the car: connecting to the cloud to allow every customer to use the car as they wish. Regarding technologies for fuel efficiency, at the moment we’re more focused on CNG technology. In Russia, it was developed especially for trucks and buses, but we want to use it for cars as well. The plan is to use the more advanced technologies as soon as they’re mature enough to meet with Russian climate conditions.

“We know that batteries for electric vehicles are very sensitive to temperature variations, so here in winter when it gets very cold, -30°C or -40°C, then it’s not so good for the cars. On top of that, we are also considering some mixed technology – a hybrid vehicle – for the future, and the Russian market will also move towards more driver-assisted systems like lane assist and automatic cruise control.”