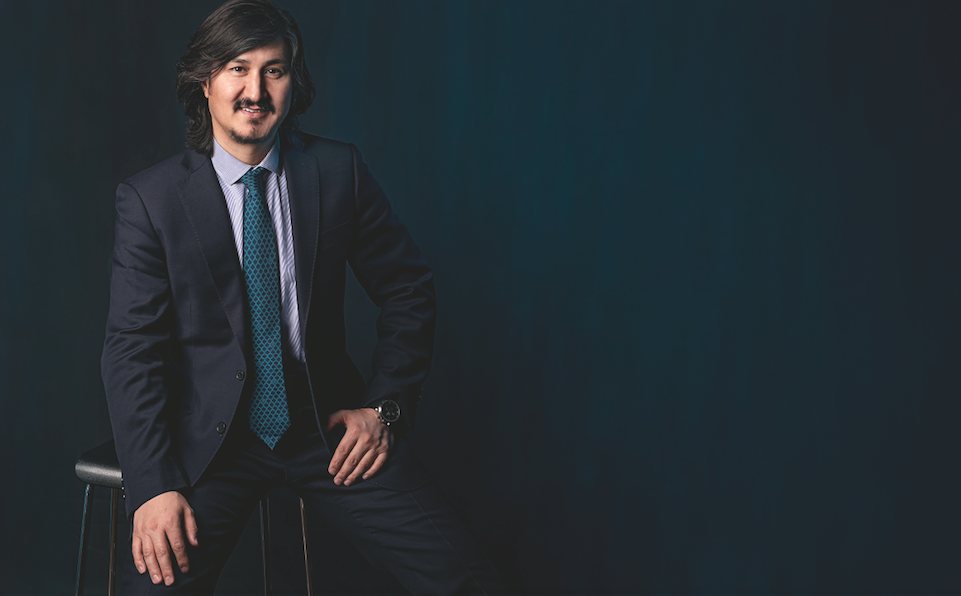 Rafiq Swash is a unique, very intelligent individual, with a very lateral way of thinking. It has served him well in both his academic and business careers. And yet he is very down to earth. “You can call me Rafiq or Swash,” says the scientist and engineer.

The first decade of Rafiq’s career was spent in various technology sectors gaining experience in both data science and business intelligence. He then undertook his first PhD in artificial intelligence, video analytics and audiovisual search engines. Then he did a second PhD in optics.

“I truly believe optics are going to play a huge role in our future technologies,” he predicts. “I did a lot of research on the sensors side. And next I was working with augmented reality, virtual reality and autonomous vehicles – object registration, object recognition.”

If you managed to follow that, it all means that Rafiq was in a great position to identify opportunities in the technology market. “I had a huge amount of experience and expertise to help in defining a viable product that creates revenue,” he says in summation.

Unlike many people in Rafiq’s industry, he was not drawn to driverless vehicles on our roads, though. “I don’t believe autonomous vehicles are going to replace private vehicles because we like the driving experience,” he explains.

The call of the ocean

Instead, Rafiq turned to what he calls “maritime challenges”. “I saw the maritime industry’s need for autonomous vehicles,” he recalls. “I saw the need in the port industry.” Rafiq identified a huge requirement for driving throughout any 24-hour period, and also saw that the drivers came from older generations.

“It was a societal challenge,” he points out. “I couldn’t see the younger generation driving the trucks. And this is going to be a common challenge in some of the older-school jobs.”

He points to the fact that it’s easy to find an engineer to help with cloud or mobile technologies, but much harder to find an autonomous vehicle engineer. “Our focus is how we can make this technology affordable and sustainable,” he reveals.

Cynics might say that Rafiq is aiming at an industry that is easier to work in than with mainstream driverless vehicles, but as he explains, the port industry is a complicated beast.

We like to supply technology that meets industrial needs today and provides for tomorrow’s sustainability.

“People might think port industries are very small and very simple. They don’t understand that when you go to the port environment, the area is far more complex than normal: almost more complex than the London cities.

“It’s a different challenge because you have cheaply made vehicles, with push-up brakes and rubber tyres, carrying 50–60 tonnes of load. Articulated vehicles, using small roads, which require precise controls and precise driving.”

It’s an interesting challenge, but one that Rafiq is prepared for. And he needs to be a strong leader with the level of brainpower his staff possess. “I think at the moment we employ close to 60 people and probably the majority of them are PhD holders,” he shares.

“That can be very difficult, to be honest, as they’re not easily convinced because they know exactly what they’re doing. If you’re making business decisions, it has to be scientifically rationalised. So the fact that I am a scientist myself probably makes me the right person to work with other scientists, as well as business people.”

It’s a very logical conclusion to make and Aidrivers’ approach to what it does is also full of logic. “We like to supply technology that meets industrial needs today and provides for tomorrow’s sustainability,” Rafiq says.

The company has an innovative approach to business too – seeing itself as an enabler rather than a competitor. “We can enable manufacturers to manufacture better intelligent equipment,” he adds.

“That’s what we are for in the maritime industry. We are a complementary business for all the existing businesses. We are not disrupting anything.” As scientists do, they’re just solving problems. Problems that, in some cases, people within the port industry might not have even considered yet.