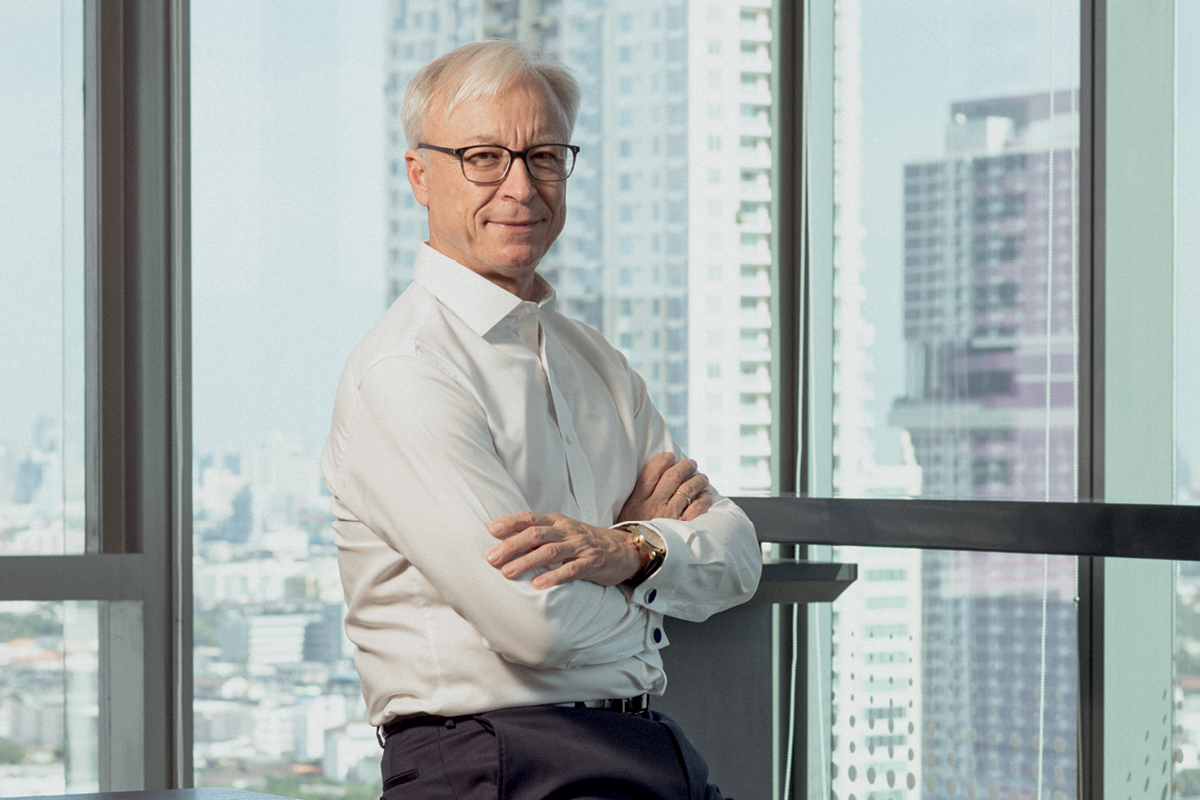 Roland Folger admits he’s still learning on the job, four decades after starting his career in prestige cars. In fact, it’s the unpredictability of his day-to-day role as the CEO of Mercedes-Benz Thailand and Vietnam that intrigues him the most.

“When I come to the office in the morning, I never have an idea what might come up next,” he says. “There is really, literally, never a dull moment. Never for a second does it get boring. I’m often faced with something I’ve never done before, something that requires a new approach, and that’s the fun part of it.”

Apparently, Roland learns some of these new approaches on the golf course. Describing the sport as counter-intuitive (the harder you try, the less you’re likely to succeed), he says the game offers ideal triggers for discovering new strategies.

“I’ve played a lot of sport and golf is quite different,” he notes. “If you manage to swing in a relaxed, focused way, you’re going to hit much harder than if you try to swing hard with your club. So the essence of golf is to be in a relaxed state, but very highly focused. A good lesson to be applied in business.”

“I’m often faced with something I’ve never done before, something that requires a new approach, and that’s the fun part of it.”

Roland learned another crucial lesson strolling the course. He was cultivating a business relationship over a game, the bets were high and Roland knew he was losing. Imagine his surprise when his golfing partner not only told him to forget about paying up, but actually made him feel like a winner.

“He said the game wasn’t about the money but about him observing me to learn what kind of person I was,” Roland says. “He wanted to see how I handled bad shots and frustration and whether I would cheat by moving my ball around a little bit. He told me that if he couldn’t trust me in golf, he wouldn’t trust me in business.”

Roland’s first job was with Daimler in 1979 as he combined his marketing studies with work experience. By 1985 he was in Thailand supporting warehouse logistics, and three years later he was CEO of Daimler-Benz in Singapore.

Since then he’s worked around the world in various executive roles ranging from Head of Operative Sales for Vans in Germany, to CEO of Mercedes-Benz in Malaysia and India.

Eighteen months ago, he arrived in Thailand, a country where Mercedes has enjoyed 50 years of operations with close-knit families mostly running dealerships. Despite his many years of leadership experience, Roland appreciates that one style does not fit all and has always accepted it as his responsibility to adapt to the local culture.

“Naturally, it’s very different from country to country, as everybody has different backgrounds, challenges and opportunities,” he says. “But I’ve learned over the years to accept these differences. It’s my job to adapt and try to make it work, one individual at a time. “Some of our dealerships in Thailand have been with us for 40 or 50 years and the Thai families operating them would rather be led by a family member than someone from the outside. I visit them regularly to cultivate symbiotic relationships so I can fully understand their individual needs, working styles and specific regional and cultural challenges. That’s the key to building trust and long-lasting relationships with people.”

Buyers are an exclusive clientele comprised mostly of well-heeled businessmen, an elite corporate group carefully nurtured by Roland, who hosts regular corporate days, including events at the Buriram International Circuit racetrack, where customers can road-test their dream cars and participate in safety courses.

“I won’t sugar-coat it,” Roland says. “Because of taxation here, our cars are up to two-and-a-half times more expensive than they are in Europe. Locally, we assemble eight vehicles, and about 12,000 from complete car kits imported from Germany, which makes them more affordable. But in comparison with our European customers, we are talking about a different income level altogether. We’re also engaging a lot of very successful businesswomen in Thailand through our She’s Mercedes platform, which connects women through networking events and digital hubs.”

Mercedes-Benz made history in Thailand in 2018, when the C 43 4MATIC Coupe was assembled for the first time outside Daimler’s AG plants. In August last year, Thailand’s first AMG Performance Centre was launched, followed by the local assembly and launch of the new A-Class sedan in October.

Just two months later, Mercedes opened a manufacturing plant for plug-in hybrid batteries to power the C-Class, E-Class, S-Class, Mercedes-Benz GLC and GLC Coupe. Roland chooses to drive the S 560 e plug-in hybrid, which enables him to get to work on battery power, but switch to combustion for much longer trips.

He considers himself lucky that regular meetings are held at company headquarters in Stuttgart, the city where he grew up and home to his elderly parents. His three children also work in Germany, so it’s a priority for Roland and his wife, Suzanne, to return every Christmas and bring the family together.

Roland has no problem envisaging another decade spent with Mercedes-Benz, or indeed in another role with parent company Daimler. His passion and enthusiasm for the organisation hasn’t dimmed over the past 40 years and, as far as he’s concerned, there are always new opportunities to be explored, either in different countries or alternative roles.

“There are tonnes of things I love about this job,” he reflects. “You get to meet and interact with so many different people on a regular basis, whether they are dealers, clients or other business peers. But you not only make acquaintances, you also make really good friends, forming friendships that last a lifetime.” 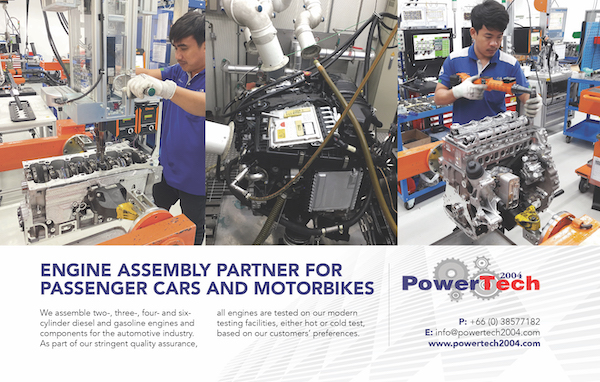