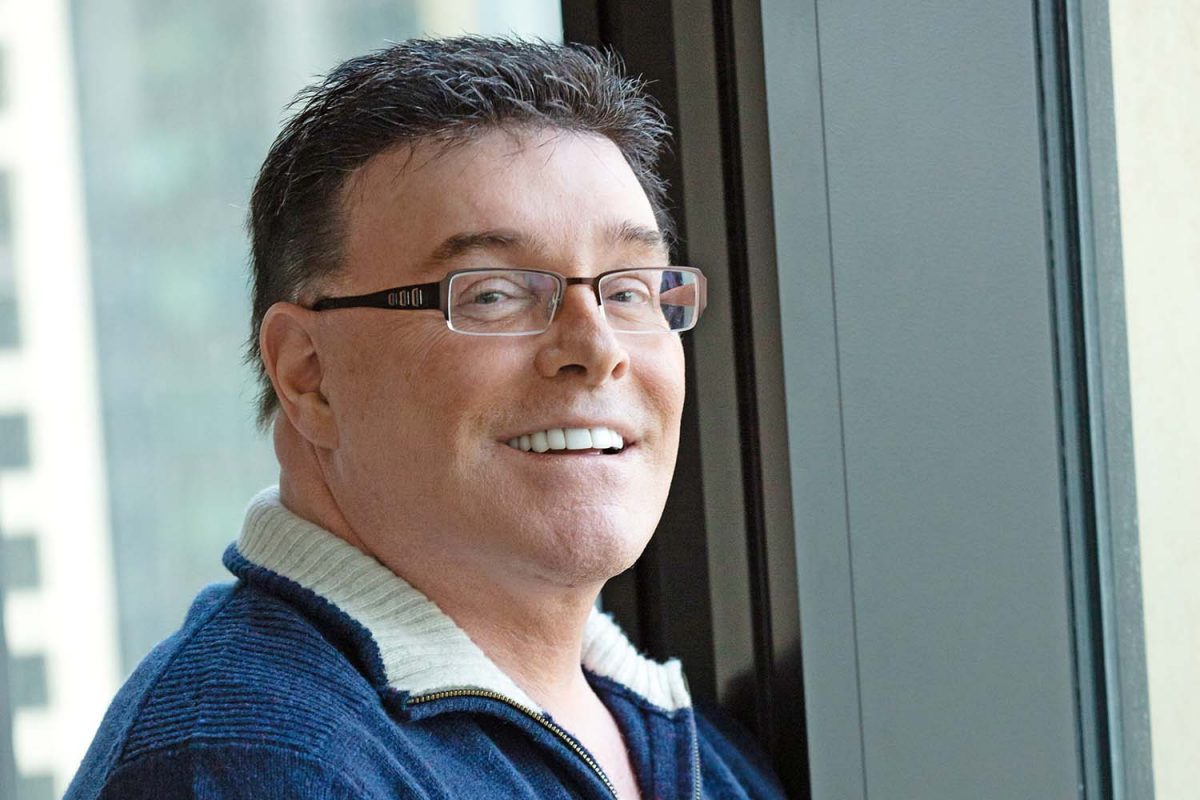 Sean Buckley laughs when asked if he has Australia’s Ad Standards on speed dial. “Nah, I don’t. But I think they probably have us on speed dial.” ‘Us’ being Ultra Tune, a household name throughout Australia, but not just for its 42-year reputation for servicing fleet and private motorists in mechanical repairs, tyre maintenance and roadside assistance.

The company also enjoys spectacular notoriety for its outrageous ads, with its television and social media commercials consistently making it to the Ad Standards’ annual list of Australia’s most complained about advertisements.

Always starring in the top 10, usually in the top four, it’s a claim to fame the company’s Executive Chairman wears almost like a badge of honour. For Sean, the controversy surrounding his provocative ads not only proves they attract the attention he feels they deserve – business booms as soon as they’re aired – but they’re also a defiant slap in the face of political correctness.

It’s confirmation indeed for this larrikin Aussie bloke that Australians haven’t lost their sense of humour and that the silent majority is not ruled by a vocal ‘squawking’ minority.

“Sure, there is always an orchestrated campaign of complaints claiming we’re sexist, that we’re vilifying women, that we’re making people look bad, all sorts of stuff. Any excuse really to try and justify our ads being pulled,” he reflects.

“But the more these vocal minorities squeal, argue and carry on about them, the more our ads gain notoriety and publicity, which of course increases our brand awareness.” The fuss began in 2014 when Ultra Tune branched out into the tyre industry.

Sean summoned his advertising agency and instructed it to do something different, “shake a few trees” and get people talking. And talk they did when Australia was introduced to the ‘rubber girls’ dressed in skin-tight latex catsuits enthusiastically admiring tyres to the company’s claim, “We’re into rubber.”

“We ran that ad off and on for about six to eight months. Its impact was enormous, absolutely enormous, with internet hits and sales going through the roof,” Sean remembers.

In 2016, the ad not only led the field in complaints, coming in at number one, it became the second most complained about ad in history, with 418 submissions to Ad Standards grumbling about discrimination, exploitation and the degradation of women.

However, Ultra Tune’s ‘disgrace’ didn’t stop there, with the ad joined on the complaints list by the first two commercials from its Unexpected Situation series. 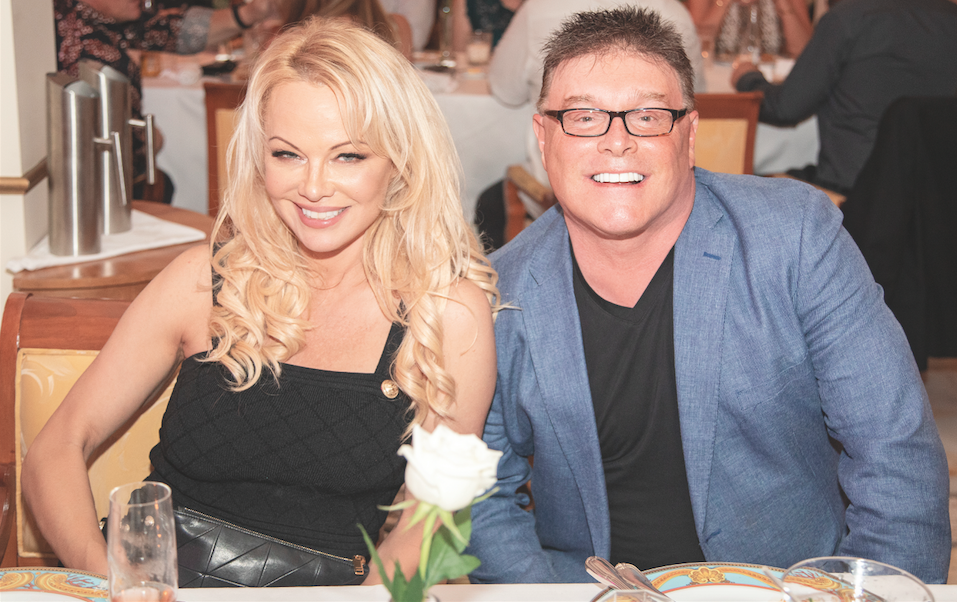 The series, which captures the rubber girls facing ridiculous accidental dilemmas because they neglected to tune their cars, debuted with the rubber girls broken down on railway tracks, followed by them careering off a cliff – scenarios bagging another 321 complaints and earning them fifth and seventh place on the Ad Standards list. It was just the encouragement Sean needed to go bigger and bolder.

Celebrity heroes and villains were recruited to star in future episodes of the Unexpected Situation series and save the ditsy rubber girls from strife. Jean-Claude Van Damme rescued them from a street gang; Mike Tyson from a tiger; and Charlie Sheen from a drowning mishap. “The ads worked brilliantly for us,” Sean enthuses.

“They generated a cult following that just keeps growing, along with our sales and branding. All have gone through the roof.” Once again, all three ads featuring the celebrities made the Ads Standards annual list, the two starring Van Damme and Tyson facing temporary suspensions, while the Sheen ad was permanently banned from TV but allowed on social media.

Apart from the predictable uproar over sexism and discrimination, it was claimed the women were often portrayed as ‘stupid’ and relying on men to rescue them. Unfazed and primed for the inevitable backlash, Sean turned the tables on the feminists and called on actor Pamela Anderson to reprise her brazen Baywatch role and save the day in episode eight, which aired last January.

Describing Pamela as the “perfect fit” for the Ultra Tune brand, Sean was convinced the political correct brigade couldn’t get “their knickers in a knot” with a female hero taking charge. But still the complaints rolled in.

“Even when we had a female rescuer, there were feminists who weren’t happy,” Sean sighs. “But you have to put it into perspective. Only about 200 or so complained against the five million who saw the ad on free-to-air television and the two million who saw it on social media channels. Hardly a significant number and inconsequential against the silent majority who see them as comedic.

With plans to use more celebrities for upcoming episodes of the Unexpected Situation campaign (think Madonna, the Kardashians, Pink, Lindsay Lohan and Demi Moore), it’s fair to assume production costs are high. Then there are the lawyers’ fees with legal eagles hired to ensure lessons from previous rulings are implemented and watchdog codes complied with.

The ads certainly aren’t cheap, but their impact is invaluable. “To put this into perspective, before Pamela even landed in Australia to shoot the ad, independent audits revealed the Ultra Tune brand garnered more than A$750,000 worth of free publicity on television, print and radio,” Sean tells.

“Then while she was here, she generated at least another A$500,000 worth of advertising. All that before the ad even went to air. “Also, after each ad is aired, we see our patronage increase by up to 40 per cent. Even the Google searches for our ads are up 30 per cent every year. Why? Because people are not searching ‘car services’, they’re searching Ultra Tune and our ads.”

I am responsible for the livelihoods of 250-plus families. If they succeed, I succeed, and I’ll do everything in my power to ensure they do.

Celebrating 42 years of business since it launched as a small store in Box Hill, Victoria, there’s no doubt Ultra Tune continues to thrive with more than 260 franchises dotted across Australia, in every state and territory except Tasmania.

Having always had a love of cars and a strong international background in business, Sean was the company’s marketing manager when he rescued it from financial ruin and took over the reins as Executive Chairman in 1994.

Over the past four years, Australia’s leading research agency and biggest financial comparison site Canstar Blue revealed in three out of four car servicing surveys that Ultra Tune was the only company to receive a five-star rating across the board in all seven client satisfaction categories, including value for money, time taken, cost of parts and effectiveness of repairs.

“The best decision I ever made – apart from having my three beautiful daughters – was biting the bullet and taking over Ultra Tune when it was a basket case back in the mid 90s,” Sean says.

“Nurturing it through the tough times to create a category-leading entity as voted by Canstar Blue is enormous.” Approaching 30 years spent with Ultra Tune, Sean concedes his priorities have altered over the decades, from being driven by personal satisfaction and business success to having a much broader view of his responsibilities.

“Now that we’ve grown as large as we have, I am responsible for the livelihoods of 250-plus families. If they succeed, I succeed, and I’ll do everything in my power to ensure they do.”