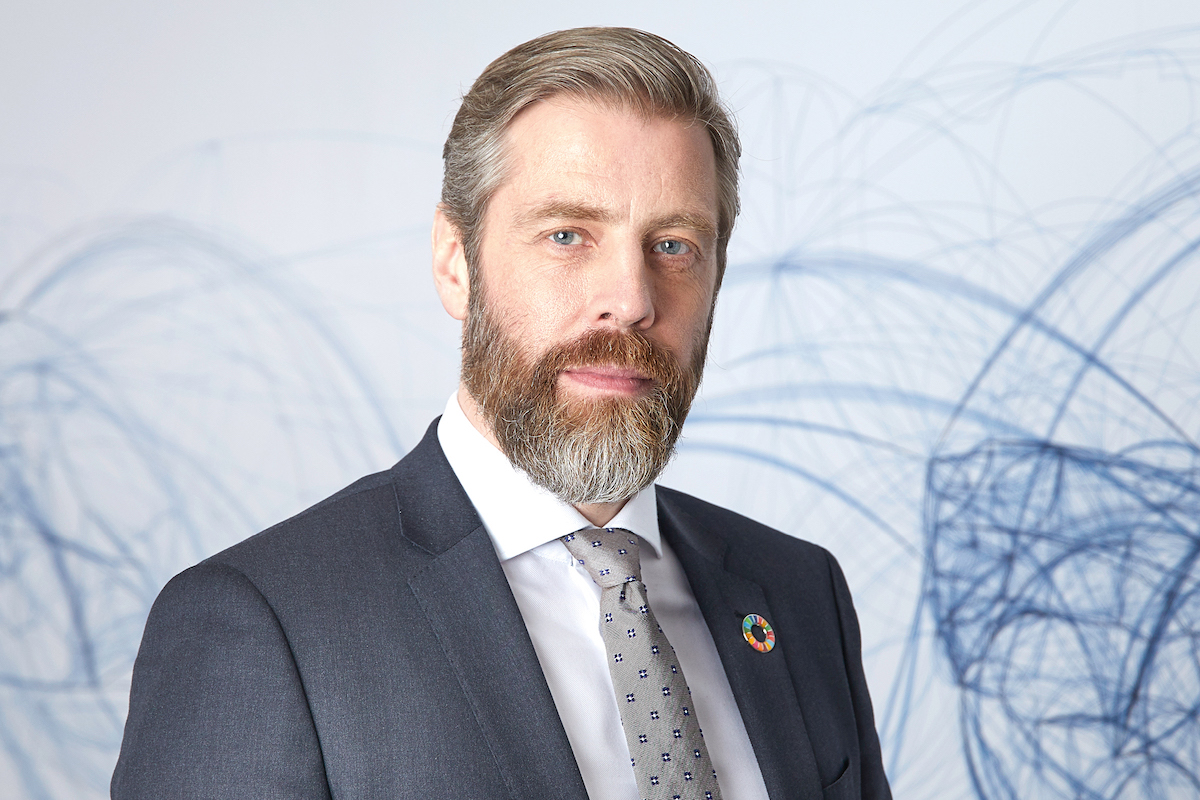 It’s one thing to achieve your growth projections, but another thing to completely outperform them for three consecutive years. Yet that’s exactly what Isavia has achieved at Iceland’s largest airport, Keflavik Airport, which it operates on the outskirts of the capital, Reykjavik.

Between 2015 and 2018, the country’s transport hub almost doubled its volume of passenger traffic, from 4.8 to 9.8 million people. “The numbers just kept growing,” CEO Sveinbjörn Indriðason grins. Here, in this Land of the Midnight Sun, he explains that the commitment of his team shone through.

“We have an excellent team. Because of their willingness to put off sleep and run very fast, we were able to handle it.” There’s no single factor to attribute these incredible figures to, but northern lights tourism and city break marketing have definitely played a part.

“Iceland went from being thought of as a place to visit in summer to a yearround destination,” he explains, adding that an increase in off-season (and off-peak) traffic is one of the reasons they have been able to achieve such a feat.

While it has been a fantastic result for the business – “and for tourism in Iceland,” he adds – this rapid pace of growth has demonstrated just how outdated some of its facilities are.

“When the main terminal building opened in 1987, there was a lot of criticism that it was way too big to fill with passengers. But apparently, we did. The current building isn’t modular, so it hasn’t been easy for us to add on square metres without disturbing our daily operations too much,” he adds.

Yet, blessed with a geographical positioning that places it as a bridge between Europe and North America, the airport is served by a growing number of airlines. And Sveinbjörn has grown tired of what he describes as “quick fixes” to accommodate the swelling passenger numbers.

“Over the past few years, we have been preparing for the next generation development of our airport,” he says. In late 2019, the company signed an agreement with Britain’s construction and consultancy firm, Mace, for the enlargement of the airport. 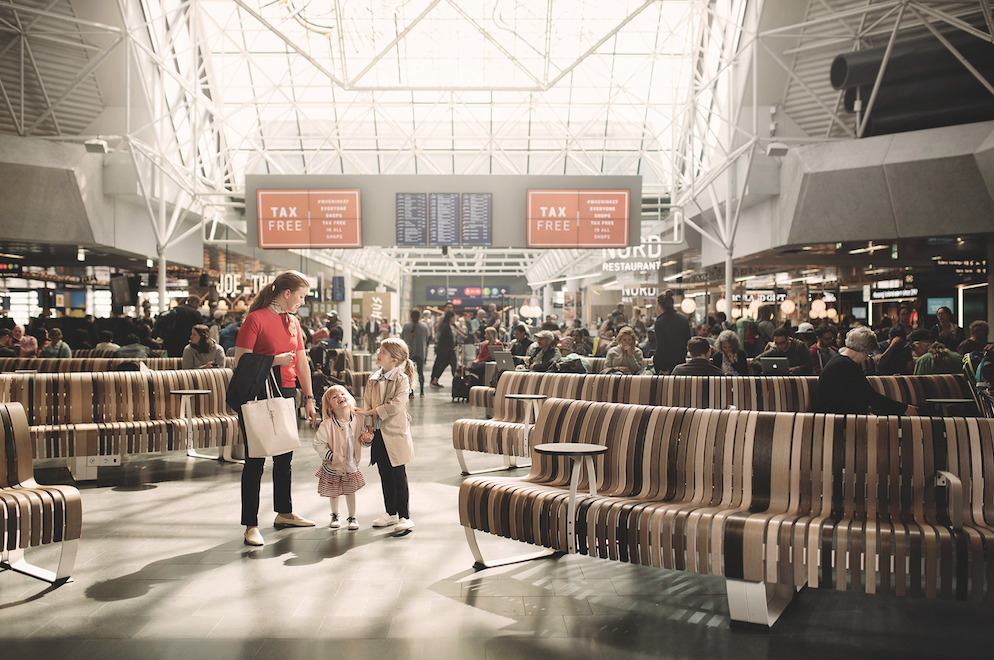 A key element in the bidding process was that the successful partner could demonstrate its track record in the delivery of “mega projects”, as he phrases it. “This is a long-term relationship, as it will take many years to complete this development,” he explains.

“Proven experience and knowledge were crucial in choosing who came on this journey with us.” In Mace, Isavia has found a partner with global repute: the firm’s past projects include London’s Heathrow Airport and Amsterdam Schiphol Airport.

Of course, for now, much of what Sveinbjörn thought he would be concentrating on during the first quarter of 2020 has been put on hold as he navigates the COVID-19 crisis and the crippling effect the pandemic has had on the aviation industry.

At the time of writing, airlines around the world had grounded a significant proportion of their fleets and Keflavik’s arrivals and departures halls were eerily still, with freight services making up the majority of its air traffic.

But this economics graduate knows how to make necessary organisational changes to keep the company fit for the future. In fact, it was one of the first tasks he undertook when he became CEO in 2019, after nearly six years in the CFO role. 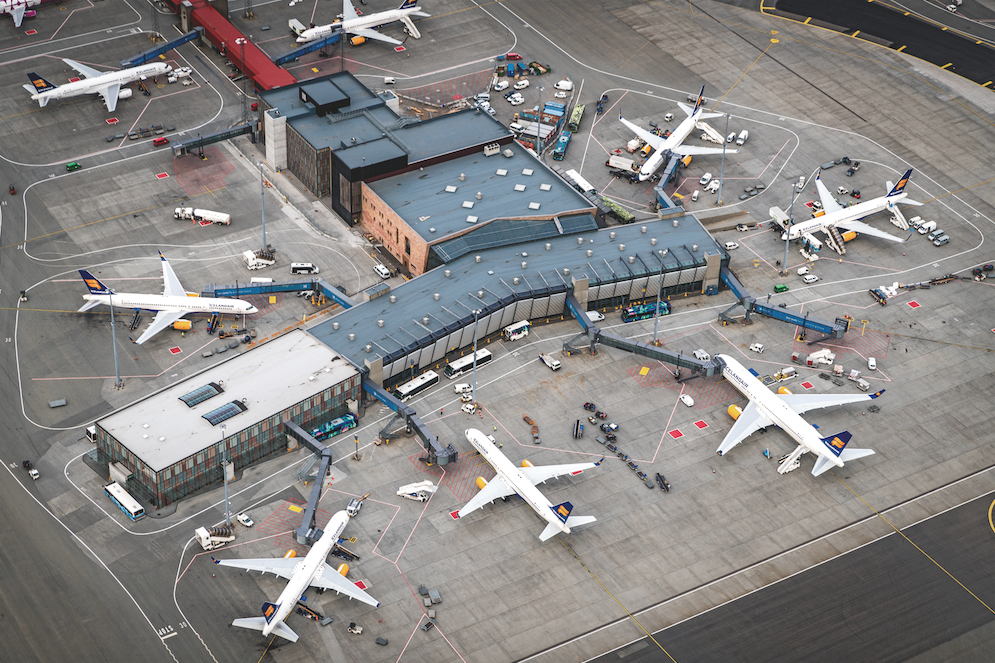 Formed in 2010, state-owned Isavia has three core units: the operation of Iceland’s domestic airports under a service agreement with the Ministry of Transport, air navigation, and Keflavik Airport, including both aeronautical cost-based operations and the non-aeronautical food and beverage, retail and transportation operations, managed as a separate vertical.

“There is much more business thinking involved here,” he explains. Sveinbjörn says that a closeness to his predecessor allowed him the opportunity to make his own assessment not only on financial issues but also on operational and strategic matters. This made the transition into the CEO role one he describes as “natural”.

“I had already made certain assessments and was able to execute quickly on my ideas,” he adds. In other words, he was able to hit the ground running.

“We had three very different approaches under the same entity, and they were just starting to clash with each other because they each had different needs on a parent level,” he says. Clearer divisions were drawn.

“Today, Keflavik Airport now forms part of the parent company. The domestic operation is one subsidiary and the air navigation service is another,” he says. By widening the focus at Keflavik Airport, he has made it easier to pursue other opportunities further.

“Airports involve a lot of infrastructure, of course,” he says. “Sometimes, it’s easy to forget about the nonaeronautical revenue potential from customers.”

An important aspect to maintaining the competitiveness of the airport, he continues, is the revenue generated from retailers and food and beverage operations.

Beyond the pre-flight meals and duty-free shopping, however, Sveinbjörn knows that an airport also serves as a showcase for its destination; a sneak preview of the treasures waiting to be discovered once you step outside.

“Iceland is a unique place, and we have the opportunity to bring that into the airport,” he says. Along with enticing departing travellers to return, there are also the passengers transferring through on transatlantic flights.

“If you stop over at Keflavik Airport and are able to get a feel for the country, we hope it inspires you to book your next vacation here.” In this very challenging period for aviation, he is aware that it is too early to predict the impact that COVID-19 will have on the industry.

In a press release in early April, Sveinbjörn commented that Isavia’s financial position was strong. “But it is clear that we, as other companies, will need to dig deep to get through these difficulties in one piece,” he added.

And, while the world we know will be very different on the other side, there are some certainties, including “the great geographical location of Iceland as a place for hub operations”, he says. 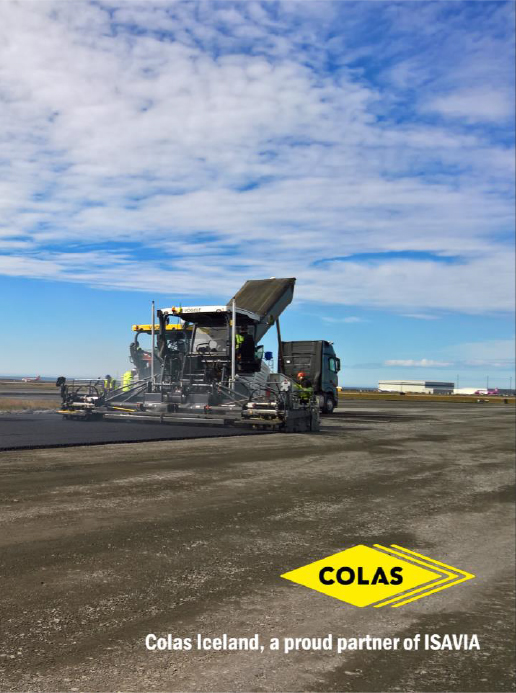 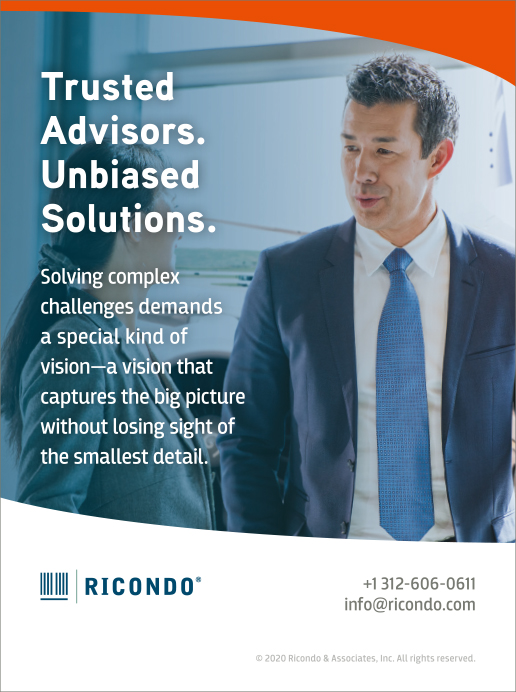