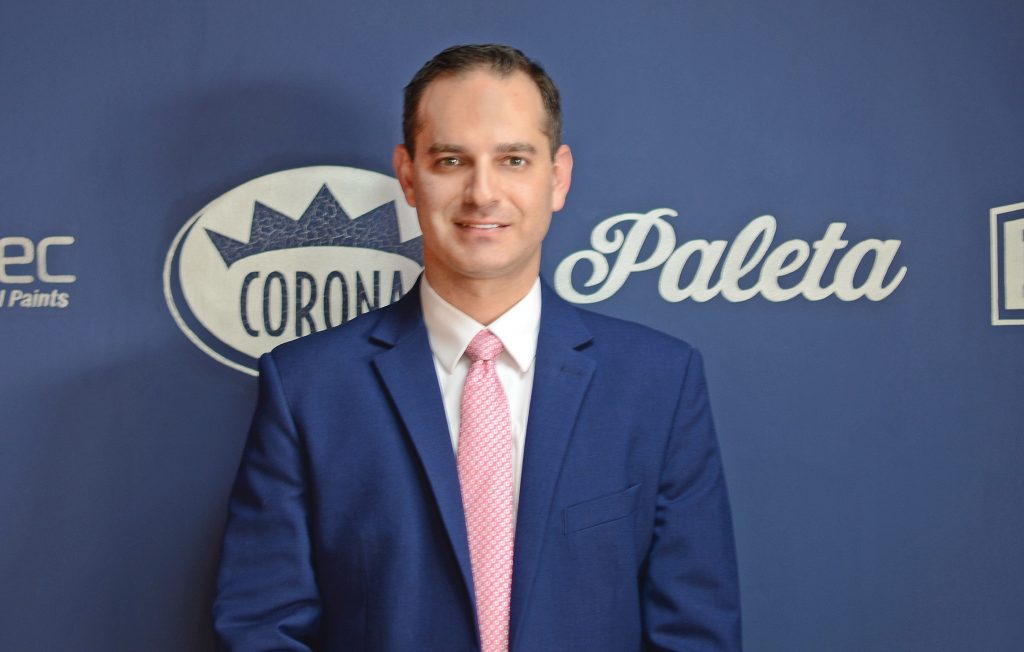 Positivity is perhaps the most valuable currency in the trickle-down economics of a crisis. A leader’s confidence is contagious and, when tough times roll into town, the positivity of a team can make all the difference between success and collapse.

“The people in the company are the ones who make things happen,” says Grupo Solid CEO Ariel Koll-Nescher. “Regardless of the brand, regardless of the market position, regardless of what the office or factories look like. If you have passionate people working with you, they’re going to make your company grow.”

But Ariel believes inspiring that passion is the leader’s duty. “If you’re going through a complicated moment in time, you have to instill positivity in yourself, but you absolutely have to have the ability to transmit that to your team and your customers,” he insists. “In uncertain times, people get scared. If the CEO is not, that flows downstream from middle management to suppliers and then to the consumer.”

In a company that employs more than 1,500 people, that’s not always easy. As Central America’s leading paint company, Grupo Solid has grown from a single Paleta paint store in 1955 to a sales and manufacturing network spread across the entire region. Its arsenal of paint brands include household names such as Corona, Paleta, Modelo and Sytec; its customers range from multinationals to small businesses – like Grupo Solid once was.

“If you have passionate people working with you, they’re going to make your company grow.”

When Ariel joined the company’s commercial arm as a trainee in 2001, he was a 25-year-old industrial engineer. “I’d worked in a bank for five years handling the administrative side of things,” he recalls. “When I was graduating from college, I received an offer to join Grupo Solid.”

Ariel initially started out handling Grupo Solid’s product lines and visiting customers to expand its reach. “I did that for about two years before I moved into procurement,” he shares. “Something I gained during that time was my belief that the customer and the people are the most important elements of any business.” 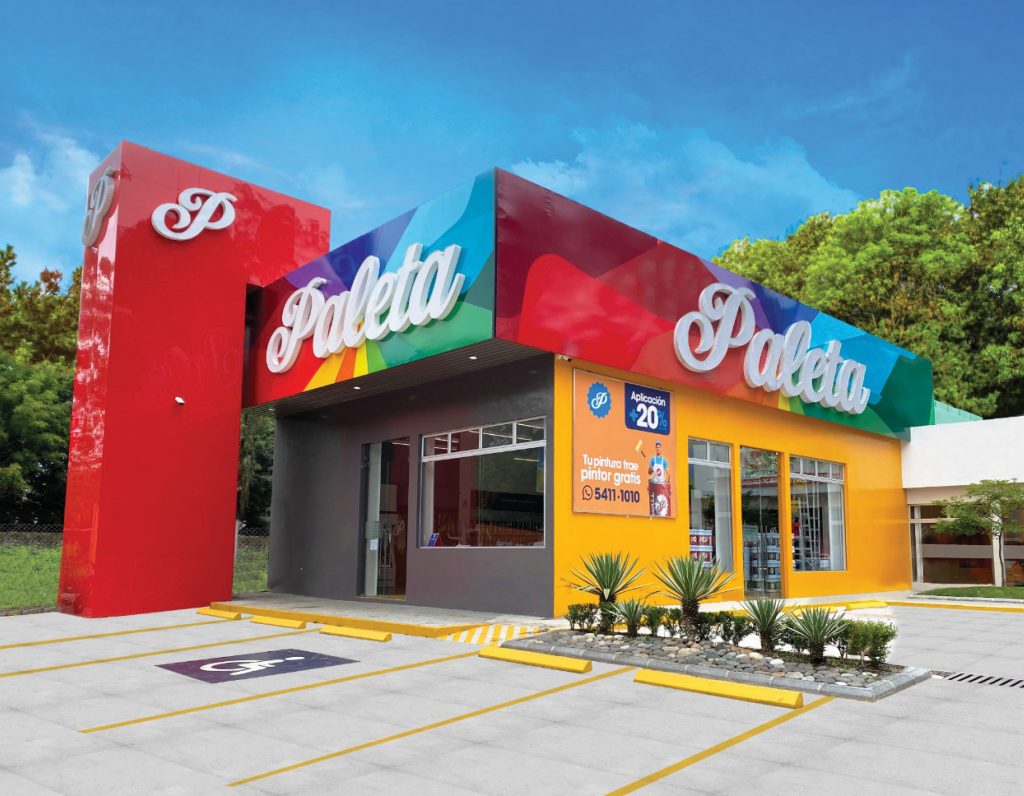 Grupo Solid prides itself on having very good communication with its customers. “We’ve also grown with our customer,” Ariel explains. “A big number of them – close to 7,000 throughout our region – are mom-and-pop hardware stores, very small businesses that don’t have working capital and can’t expand their catalogs.”

With its own origins in mind, the company works with these entrepreneurs to grow their businesses. “We give them credit when they may not have enough working capital; we give them training on how to be a better business operator,” Ariel says. “What’s interesting is that many of these small businesses that started with us 30 or 40 years ago are now larger businesses. And we have their loyalty because we’ve been so close over the years.”

As Grupo Solid itself exemplifies, the small customers of today can easily become the large customers of tomorrow. “We can service big customers such as CMI or Walmart, or big companies in the petroleum industry, but we never forget the smaller companies,” he asserts. “And the only way for Central American economies to grow is to help all these small businesses grow, so we’re happy to provide the oxygen they need.”

Once Ariel moved to the company’s treasury department, he started climbing the corporate ladder. “Grupo Solid recognizes passion in its employees,” he confirms. “And something else I learned, which is not necessarily a company thing, is that you have to always want more: be it more responsibility, more scope or more territories.”

It’s this hunger that will quicken one’s journey to the top and at the same time help the company grow, he explains. “It’s been elemental in our company’s success and my own professional progression,” he says. In 2005, Ariel was made Executive Vice President. “In that role, you could say I was the right hand of the CEO for 11 years. When she decided to retire, I was named CEO.”

“This is going to sound ambitious, but we want to triplicate the business over the next three years.”

That was in 2016. Since that time, Grupo Solid has embarked on an aggressive growth strategy within the region. Since 2012, a series of acquisitions across Central America has increased not only the presence of the company’s brands, but also its manufacturing prowess. Guatemala’s world-class Farbe International applicator and brushes manufacturing facilities fall under the Grupo Solid umbrella; Superbia is another stablemate. In 2011, it opened the largest paint plant in Mesoamerica.

New markets in the Caribbean, South America and Mexico are now in Grupo Solid’s sights. “There are so many different countries we can start growing in,” Ariel points out. “We started to expand to some of those territories a few years back. And then there are our mergers and acquisitions. There’s organic growth.”

And that’s just the beginning, he says. “This is going to sound ambitious, but we want to triplicate the business over the next three years.”

The origins of this aspirational target date back to the beginning of the COVID-19 pandemic in early 2020. “That was, let’s say, a very different year for all of us,” Ariel admits. “There were winners and there were losers, but it’s all down to how you instill energy in your team during such an unstable time.” 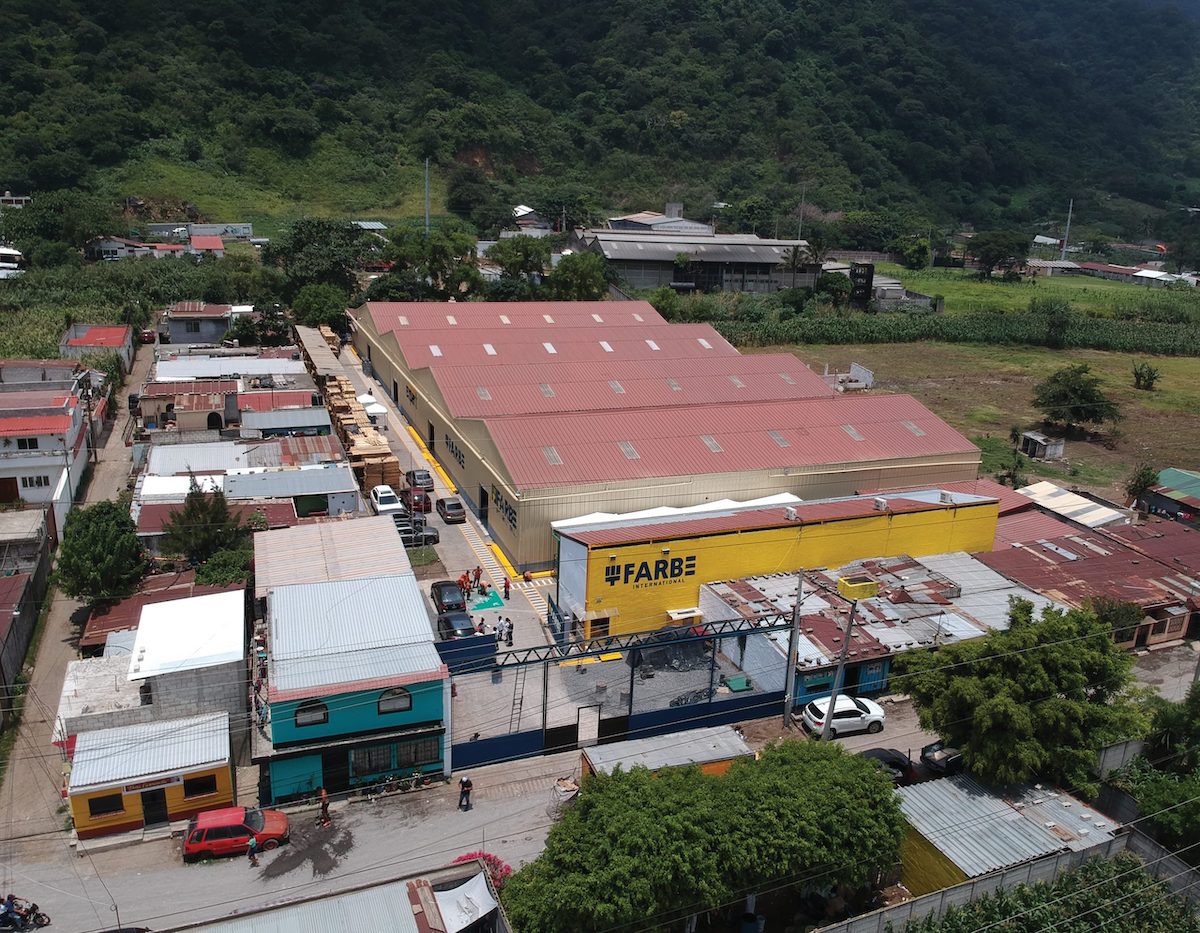 Despite traditional advice suggesting a conservative approach to business amid lockdowns and supply chain disruption, Ariel and his team made a choice. “We did the complete opposite,” he says. “We didn’t do anything crazy, but we thought that if our competitors were going to be concerned, weakened and less enthusiastic due to the circumstances, we had to find a way to be more available to customers, distributors and suppliers.”

With caution not quite entirely thrown to the wind, the all-in approach galvanized the Grupo Solid team in the way Ariel had hoped it would. The company undertook a series of initiatives that ran counter to restrictions introduced under COVID-19. “I believe that caused us to grow where many others didn’t,” he reflects. “Where they weren’t reacting in a way the market or customers wanted them to, we were able to win new customers and clients throughout the second semester of 2020 in record numbers.”

“We called and said we weren’t going to cancel any purchase orders we’d set for the next 90 days. In fact, we increased our orders by 50 per cent.”

Although much of the heavy lifting was done by the Grupo Solid team and product in achieving the result, Ariel says it’s ultimately down to focus. “Our competitors were focused on other things,” he explains. “They didn’t focus on the customer.”

By contrast, Grupo Solid immediately picked up the phone as soon as the COVID-19 curtain came down. “When it all started in March 2020, one of our first steps was to communicate to all our stakeholders what we were doing and going to do,” Ariel says. “We sent out memos, we made calls, we sent emails, had WhatsApp chats to all our customers and suppliers.” Basic as it was, the communication was crucial to maintaining the relationships.

“Latin America is based on relationships. It’s so important. That’s why Zoom meetings and social distancing is so hard here, because we like to handshake and hug. We’re lively.”

Grupo Solid’s plan to go against the grain started with its suppliers. “We called and said we weren’t going to cancel any purchase orders we’d set for the next 90 days,” Ariel says. “In fact, we increased our orders by 50 per cent.”

With global logistics hidden in a cloud of uncertainty, the move was a way for the company to hedge its bets. “We also understood many of our competitors were canceling orders,” he remembers. “So we had to increase our inventory to be ready for what was coming in the second semester – typically our best time for sales.”

“It’s those moments, when the going gets tough, that you have to be there. It’s not an email, it’s not a nice little video. It’s making sure that people understand you’re with them.”

Ariel explains suppliers and customers alike were grateful for the investment. “Obviously we made agreements with them surrounding extension of credit terms for us to be able to make the purchases, but that was better for them than uncertainty,” he says.

The communication was, in Ariel’s view, the most valuable part of the whole transaction. “Suppliers will support customers when there’s good, sincere communication,” he insists. “It’s also a growth driver because that’s what suppliers want into the future.”

Grupo Solid is no stranger to times of trouble and uncertainty. Growing as it did amid the often-volatile backdrop of Latin America, turmoil was often at the doorstep. “A few years back, Nicaragua went through a very complicated socio-political crisis,” Ariel recalls. “There were a lot of complications for the business community and the industry there, but we were one of the only paint companies that decided to stick it out.” As the situation unfurled over months, Grupo Solid kept sending product from its Guatemalan facility despite road closures and other obstacles.

“I personally took a private flight there, during a month when airports were almost entirely closed,” he says. “I spoke with customers and with our team to tell them we were going to get through this.” It was important, he reveals, to let stakeholders know they had the full support of the company. “It’s been a while since then, but our relationships with those customers and even our own team members there today are stronger than ever.

“It’s those moments, when the going gets tough, you have to be there. It’s not an email, it’s not a nice little video. It’s making sure that people understand you’re with them. That’s what’s in our DNA at Grupo Solid.”

After everything 2020 threw at Grupo Solid and the paint industry, Ariel believes that DNA is as powerful as it’s ever been. “We’re warriors,” he states. “We want to make sure that we win all our battles and, at the same time, we want to make sure all our people are taken care of.”

The CEO’s responsibility to keep their team’s morale up is one of the most overlooked aspects of the role, but Ariel says it’s never been more important. “If we can instill this kind of motivation in our team and transmit it to our customers and beyond, we can keep winning. Infusing positivity throughout your business model is one of the most important things.” 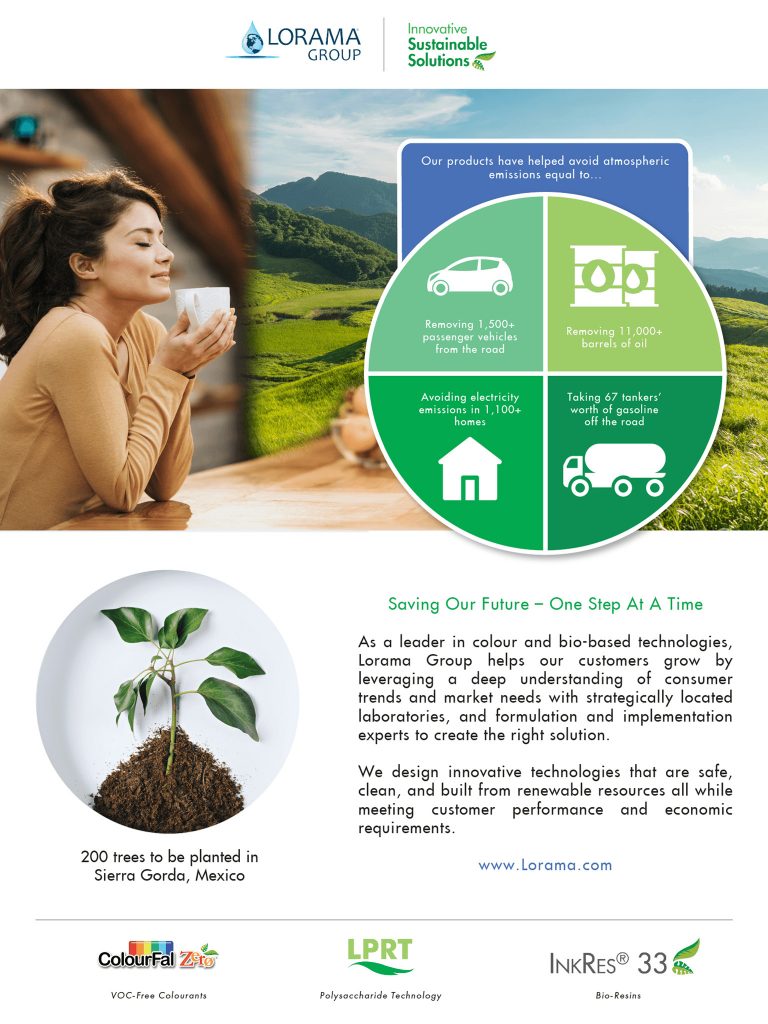 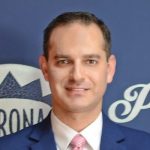