Focus our energy and create value: AS Mehta There are a lot of myths about the industry that JK Paper, one of India’s largest producers of branded copier paper, wants to dispel. There’s the idea that it disturbs ecological balances (“the industry grows more trees through its agro-forestry initiative than it harvests”), that it’s unsustainable (“sources … can be easily regenerated”) and that it strains water and energy resources (“integrated paper mills … generate 60 per cent of the power they use by utilising black liquor from the pulping process”).

One of the biggest myths JK Paper pushes against is the idea that the industry is not scientific or research-based. “Paper mills today are on the cutting edge of scientific research,” says its site.

“Several million clonal or seed rooted saplings are produced in high-yielding, drought-tolerant and disease-resistant nurseries and made available to marginal farmers at subsidised rates for plantation.”

Working with farmers in the Indian states of Gujarat and Maharashtra, JK Paper has invested in these “pioneering efforts” to promote “short rotation pulpwood agro and farm forestry plantations”.

“In the past five years, we’ve begun safeguarding our raw materials for our advantage,” explains President and Director A S Mehta. “We analysed the cost of the materials and found that if we could receive a lower price on wood, that would be enough to differentiate us.”

Some of the varieties of trees they have worked on in the past two years are high-yielding clones of eucalyptus, subabul and casuarina, which supply wood productivity at up to four times the rate of the usual rotation age of three years. “Cloned varieties with short maturity and high pulp yield are a winning proposition for farmers as well as our company,” Mehta explains.

“We’ve got some of the best scientists working on these innovations, and we want to increase our volume to meet those needs.”

By forming strong partnerships with more than 20,000 farmers across India, Mehta says JK Paper can meet the growing demands of customers and the financial needs of farmers while operating in a way that is environmentally and agriculturally sound.

“If you look at our balance sheet now, you will see we have a huge advantage when it comes to raw materials and it’s because we invest so much in our own farming practices.”

“If you look at our finances now, we have a huge advantage when it comes to raw materials, and it’s because we invest so much in our own farming practices. That improvement in cost advantage has been the biggest we’ve seen in the past five years, and it’s going to be where we focus further investment and research. I want the farmers we work with to feel rewarded, and it’ll be a win for everyone if we can do that with a high-yield clone.”

Established more than 120 years ago, the overarching JK Organisation has expanded in the past century to encompass diversified interests such as paper, cement, tyres, dairy and seeds. With a turnover of some US$4 billion, JK Organisation is committed to research and development across a plethora of industries, with a service network of more than 10,000 retailers across six
continents and 100 countries.

As a subsidiary of JK Organisation, and with the capacity of two of India’s largest paper manufacturing units, JK Paper, boasts that it is a market leader in branded copier paper, working with close to 4,000 suppliers across the country to sell office paper, packaging boards, printing paper and other paper specialties. 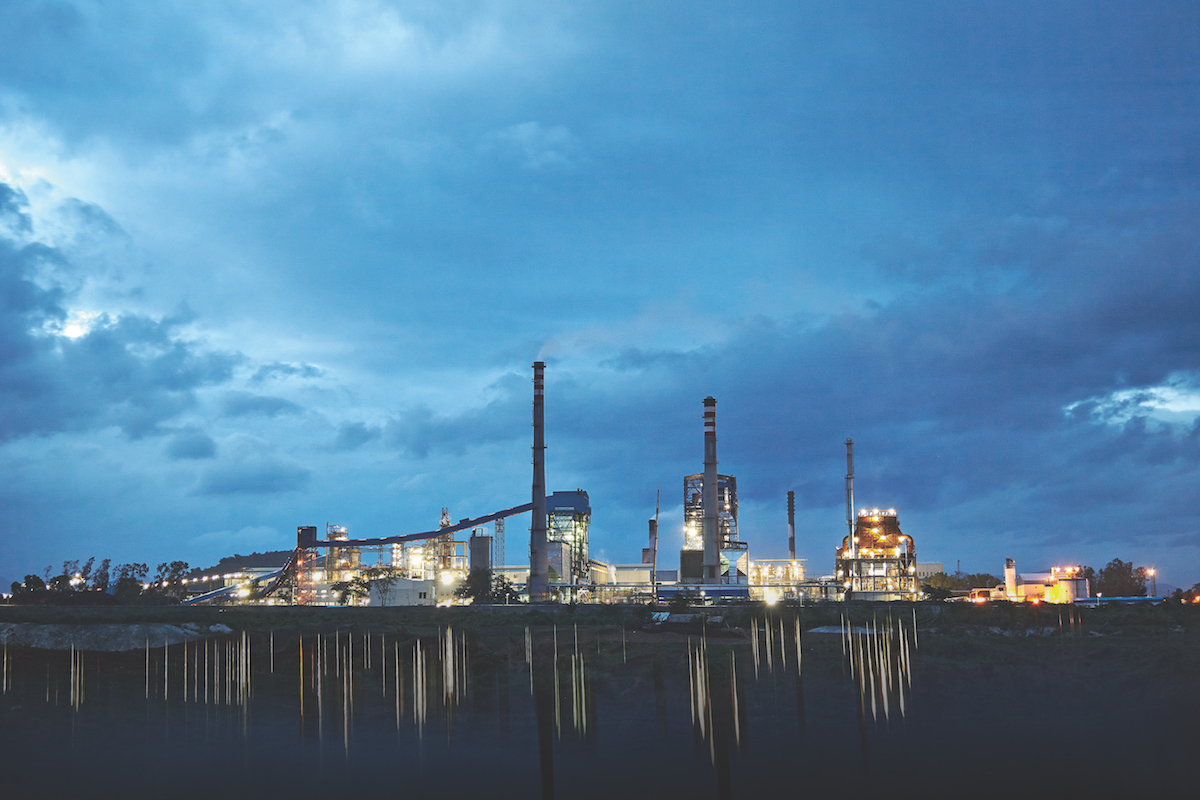 Mehta has worked with the JK Organisation in different capacities for more than 30 years now; joining JK Tyre and Industries in 1986. He had previously worked as Finance Manager at PG Foils and as Accounts Officer at ONGC.

It was his background in finance that prepared him best to be a leader. He observes: “If you want to be an executive, you need to understand the markets and have technical support. If you have a strong grasp of your finances, you’ll stand apart from your peers.”

His attention to JK Paper’s finances have guided much of his decision-making since assuming his current role in 2018. Auditing the company in the first 12 months, he decided to identify critical areas where excess team members were employed, or teams were not working towards goals: “We built a new team and rethought how we were approaching marketing and procurement.”

The benefits of this were more than financial; by moving people through the company and reforming existing entitlements, such as retirement benefits, Mehta says the company could make the case for attracting new talent.

“This wasn’t about firing people or removing existing benefits,” he explains. “This industry struggles to attract the right talent, and this was about showing younger, talented workers there were roles for them in the company.”

On top of that, Mehta reviewed marketing and distribution, settling on an additional 50 distributors to help JK Paper reach upmarket cities in India. “We wanted to shift the centralised control of the paper industry in larger cities and make a commitment to operating in smaller cities,” he says. “Because of that, we now have a nationwide distribution network that’s the envy of the industry.”

“We now have a nationwide distribution network that’s the envy of the industry.”

Elsewhere, he has made a commitment to increase production capacity, having acquired a paper mill in Telangana in August 2018 to assist that goal. “It’s been closed for more than a decade, and we’re setting out to refurbish and modify it. Prior to this, it had a capacity of 140,000 tonnes but was rarely exceeding 100,000 tonnes a day during its lifetime. In six months’ time, we want it to be operating at 100 per cent capacity.”

Mehta is also looking to expand the company’s Gujarat facility. “We’re putting up a new board machine there, and refurbishing the pulping operation, and want to complete that within the next two years. These projects will add up to about 350,000 tonnes of capacity. Along with existing capacity, it will increase our possible production to 800,000 tonnes in volume.

Still, Mehta is conscious that growth will depend on correcting the perception that paper production is a wasteful industry. “I don’t like the stigma that we’re polluters,” he says. “We want the right engineers working for us against that stigma. For us, that means we’re spending on the right branding. We’re correcting perceptions, so people know we are carbon neutral. We don’t cut down forests, and we plant more trees than we use.” 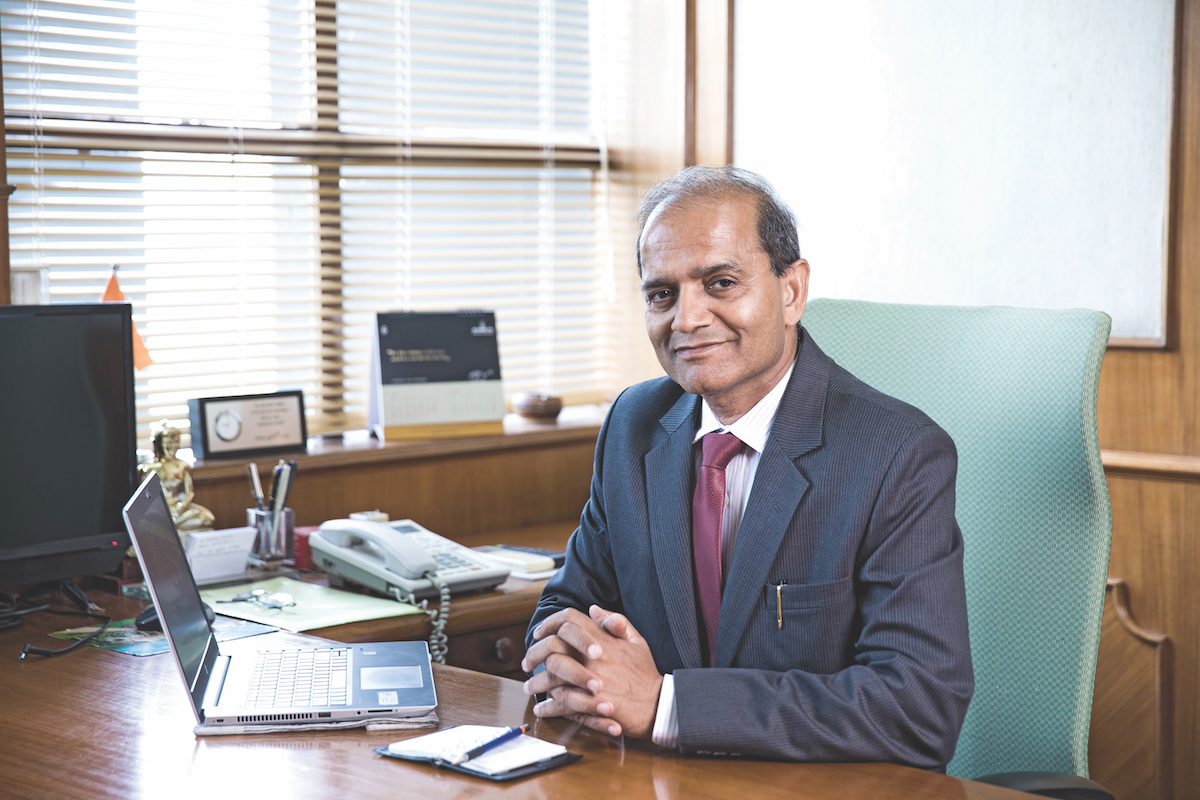 It’s not just about recycling, he continues. “We’re adding forest cover and improving technology for water consumption, emission and discharge. We’re investing in and creating technology that will scale back pollution. We are spending a lot of money on that front and, to my mind, that’s the major challenge that needs to be addressed.”

A plan for expansion

Although Mehta credits his financial skills for his success, he’s convinced that a familiarity with the industry has also helped to drive JK Paper’s growth. “As I said, I’m comfortable with numbers, people in the industry want to talk to me.

I was Vice President of the Indian Paper Manufacturer Association for two years and I’ve been President as of this year; this position as industry representative brings a lot of responsibility in handling and taking up the pressing issues of the industry with government and the media.

Mehta says that confidence across an array of issues and business fronts has helped with employee motivation and enthusiasm. “I’ve seen people in our company become happier with their role through annual surveys, and that makes me happy,” he reveals. “If nothing else, it’s good for our finances.”

If Mehta can make a positive contribution not just to the industry, but all its participants, too, he believes he’s done what he needs to do. “Leading a business, I have the responsibility to ensure it is successful for everyone involved. I ask myself: ‘How do I create happiness for people, and how can I improve their lives?’ If I can lead a business that does that, I’ve been successful.” 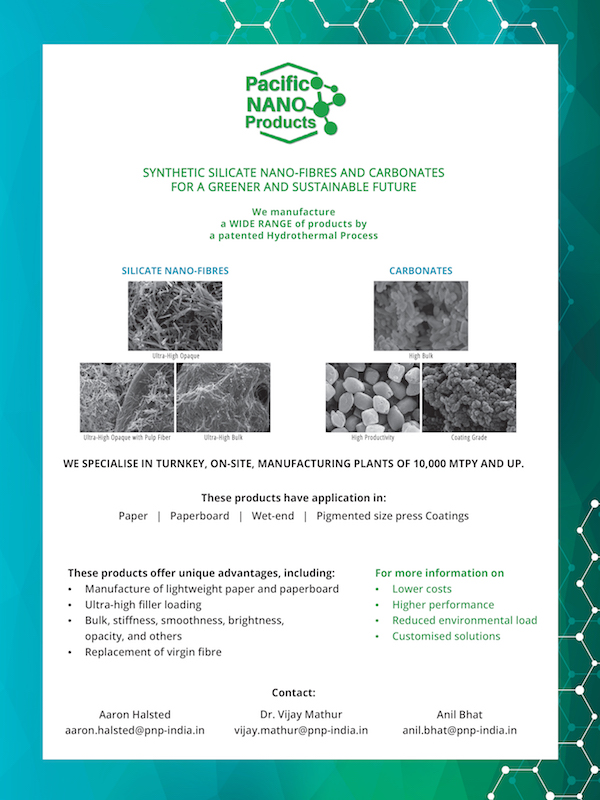 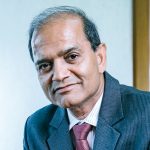