We don’t want to reinvent the wheel: Saroj Kumar Poddar Indian conglomerate Adventz Group is highly diversified, with 26 businesses across the agriculture, engineering, real estate and services industries. At the helm is Chairman Saroj Kumar Poddar, who highlights that the major factor differentiating the group from others is how it operates. “All my businesses are completely professionally run,” Saroj tells The CEO Magazine. “I believe my job is to make sure we have good people running them.”

A lifetime of business

Saroj has been involved in the world of business since he was a child. His father, Badri Prasad Poddar, owned a large coalmine before the mining industry was nationalised in 1971. Further, the Poddar family owned businesses in a broad range of industries, including textile mills, tea plantations and small steel plants. While at university, Saroj also worked in the family’s textile business.

As Saroj grew older, he made a name for himself in business. During the 1960s, he saw a gap in the Indian market for high-quality shaving razors. At the time, there were no triple blades or shaving gels in India and the brands that were available were made by Harbans Lal Malhotra & Sons.

In 1970, Saroj reached out to US-based shaving giant Gillette, in search of a joint venture deal. However, the company was reluctant because it believed India was too difficult to enter. Gillette’s hesitance was further bolstered by Indian laws that placed several restrictions on foreign businesses wanting to operate in the country. Nonetheless, Saroj was relentless in his pursuit and, after being invited to initial meetings with Gillette in London, he finally secured a meeting with the Gillette CEO in Boston in 1973.

In an article in Marwar India, Saroj recalled that meeting with the chief executive of Gillette, who said, “I can fill a room with people from India who have approached us but we have not seen anybody else with so much commitment, and that’s what excites us about working together.”

It wasn’t until 1977, that Gillette finally relented and agreed to a deal with Saroj. And seven years later – with all proposals approved by Cabinet – Gillette USA partnered with Saroj. Through the deal, Gillette brought stainless steel blades, rather than carbon steel, and introduced aftershave and shaving gel to India. And this catapulted Saroj into business fame.

But Saroj’s business pursuits didn’t stop there; he was also instrumental in bringing Duracell batteries to India in 1995. Further, he brought Gautier furniture; secured the Indian subsidiary of sewing machine company Singer; and entered a joint venture with German furniture company Hettich, to establish Hettich India.

KK owned the KK Birla Group, one of the largest conglomerates in India with businesses across fertilisers, sugar, engineering, textiles, shipping, chemicals and media. KK had three daughters, Nandini, Jyotsna and Shobhana; and Jyotsna married Saroj. When the time came for succession, KK divided his businesses among his three daughters.

In 2011, Saroj renamed his KK Birla Group businesses as Adventz Group. At the time, he told The Times of India, “There is no point calling it KK Birla Group as it is divided among his three daughters. If there is a problem with any company in the group, then the others may be affected.” And since taking over some of the former Birla businesses, Saroj has significantly turned them around to make the Adventz Group worth US$3 billion. Zuari Agro Chemicals produces high-quality fertiliser, organic manure and other agricultural products through the Jai Kisaan brand. Paradeep Phosphates primarily focuses on phosphatic fertilisers, with 19.55 per cent held by the Indian government and the rest held in a joint venture between Zuari Agro Chemicals and Maroc Phosphore, a subsidiary of OCP Group, Morocco. Its products are currently sold under the Navratna brand.

Similarly, Mangalore Chemicals & Fertilisers produces fertilisers but specialises in plant nutrition products. In the Karnataka state, it is the largest chemical fertiliser manufacturer and markets its products under the Mangla-Jai Kisaan brand. Gobind Sugar Mills, on the other hand, was established in 1952 and includes facilities that can crush 10,000 tonnes of sugarcane a day.

Saroj highlights that, in terms of agriculture, the company’s major focus is on how it services farmers, which will also help the company expand. “We are looking at a number of steps, including setting up retail shops, supporting farmers with finance, agro-economics and soil health. This also might mean delivering whatever products they need to their doorstep,” he adds.

Some of these initiatives are already underway, with Zuari Agro Chemicals launching the Jai Kisaan app for farmers in 2017. This free mobile solution provides agriculture-based services and information to farmers including real-time access to experts, soil testing, fertiliser calculator and crop cultivation. Plus, farmers can order Adventz Group’s products through the app, as well as access weather forecasts and commodity prices.

At the time of the launch, Saroj told Rural Marketing, “We have always had a ‘farmers first’ approach, at Adventz in general and at Zuari in particular. Farmers’ welfare is intrinsic to their ability to earn; our key mission has been to empower them. I see the Jai Kisaan app as an integrating medium for the largest community in India.”

A brief biography of KK Birla

KK Birla is often hailed as a pioneer in India’s industrial history. He boosted the business his father created to make KK Birla Group one of the biggest conglomerates in India. KK was also chairman of the Hindustan Times, a major national newspaper, and had a strong philanthropic outlook. He carried on his father’s Birla Institute of Science and Technology and the International Centre for Excellence, and went on to establish the KK Birla Academy of Scientific, Historical and Cultural Research; the Lakshmi Narayan Hindu temple in Delhi; and the KK Birla Foundation.

Plus, the Birla family had close ties with Mahatma Gandhi. Between 1984 and 2002, KK represented Gandhi’s Congress party in the upper house of parliament, the Rajhya Sabha. And it was at Birla House, in New Delhi, where Gandhi was living at the time when he was sadly assassinated. Birla House was acquired by the Indian government in 1971 and later opened to the public.

Texmaco is now the largest manufacturer of freight wagons in India. The group’s capabilities in the railway industry are further bolstered by the addition of the engineering, procurement and construction business, which carries out track work, railway signalling and telecommunications for metropolitan areas. “Our business is quite evenly spread between manufacturing and engineering, procure and construct (EPC),” Saroj says. “And on EPC, we are involved with most of the railway projects that are currently in progress all over the country.”

“We are involved with most of the railway projects all over the country.”

Saroj goes on to explain the reasoning behind the company’s foray into EPC. “I felt that the manufacturing sector was getting far too competitive and the prices were unrealistic,” he continues. “It was almost impossible to sustain operating these companies on that basis. So, we brought in new technologies and stepped into the EPC space.” In 2017, Adventz Group also signed a deal with Rafael to work together on rail projects in Israel.

“We call ourselves a total day solution company.”

Saroj says both agriculture and engineering are becoming major priorities for the Indian government. “The government is taking a lot of interest in promoting these two areas,” he explains. “They are, to a large extent, included in government decision making when it comes to policy and pricing because fertiliser is a controlled product and the railway is a product where the government is the principal buyer.

“And as far as the railways are concerned, the business is growing and now we are keeping track of two things; one is cost control and the other is ensuring higher efficiency in manufacturing and EPC execution. In both these areas, we are taking the necessary steps to strengthen the organisation.” 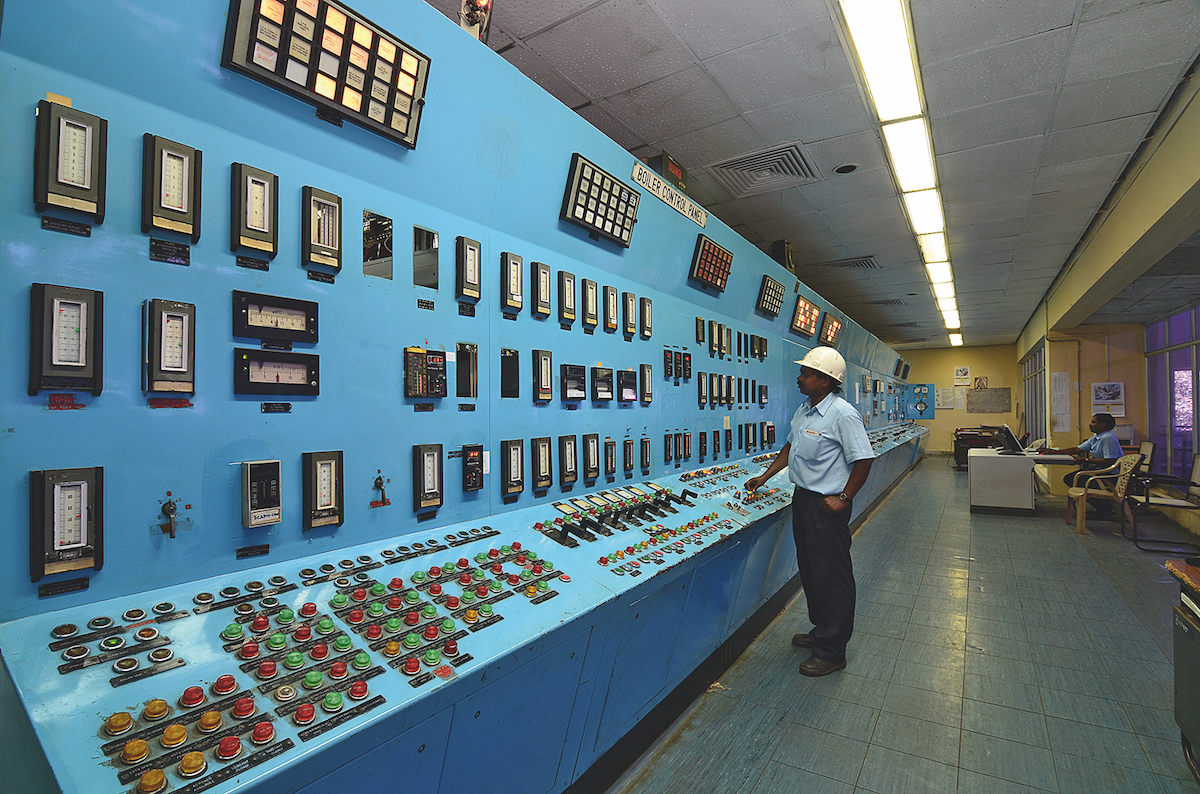 This is an integrated residential and commercial complex that extends across 73 acres near Mysore city. This includes houses, apartments and villas as well as facilities such as a school, sports complex and green spaces. Zuari Infraworld is coming up with more state-of-the-art projects in Goa and Dubai, including a particularly prestigious one in downtown Dubai.

Texmaco Infrastructure & Holdings (previously Texmaco Limited) specialises in developing Hydel Power Plants. It underwent a demerger of its heavy engineering and steel foundry business to focus on its infrastructure capabilities. Hettich India produces a range of fittings for the kitchen, bath, office and other residential rooms, such as hinges, drawers and runner systems to decorative handles and sliding door hardware. As the fastest-growing joint venture, the success of Hettich India has led to a 50:50 joint venture with Hettich Group of Germany to Hettich Middle East and Hettich Africa.

All the group’s verticals cannot thrive without the active support of its partners and suppliers. “We are working closely with major companies from all over,” Saroj says. “I believe we have a very strong foundation in our relationship with our vendors, suppliers and buyers. And in most cases, we have repeat orders.”

Saroj further highlights how much the company relies on its suppliers for its products. “For instance, on the engineering side, we have to buy steel, brakes, drills and wheelsets. All these are supplied by suppliers with whom we need to have long-term arrangements. That continuity depends on the volume of orders we get because there is a direct correlation between the orders we get and the quantities we buy.”

The company is focused on providing quality throughout its businesses. “We should be able to supply superior quality to our buyers and to supply to them on time,” he says. “This is critical for our success. For example, there are a lot of different types of wagons. Our ability to market the wagons based on market needs is also important. That is why we always partner with established global players including Alstom, GE, Wabtec, CAF of Spain, Touax of France, ALTPRO of Croatia and others, because we don’t want to reinvent the wheel.” 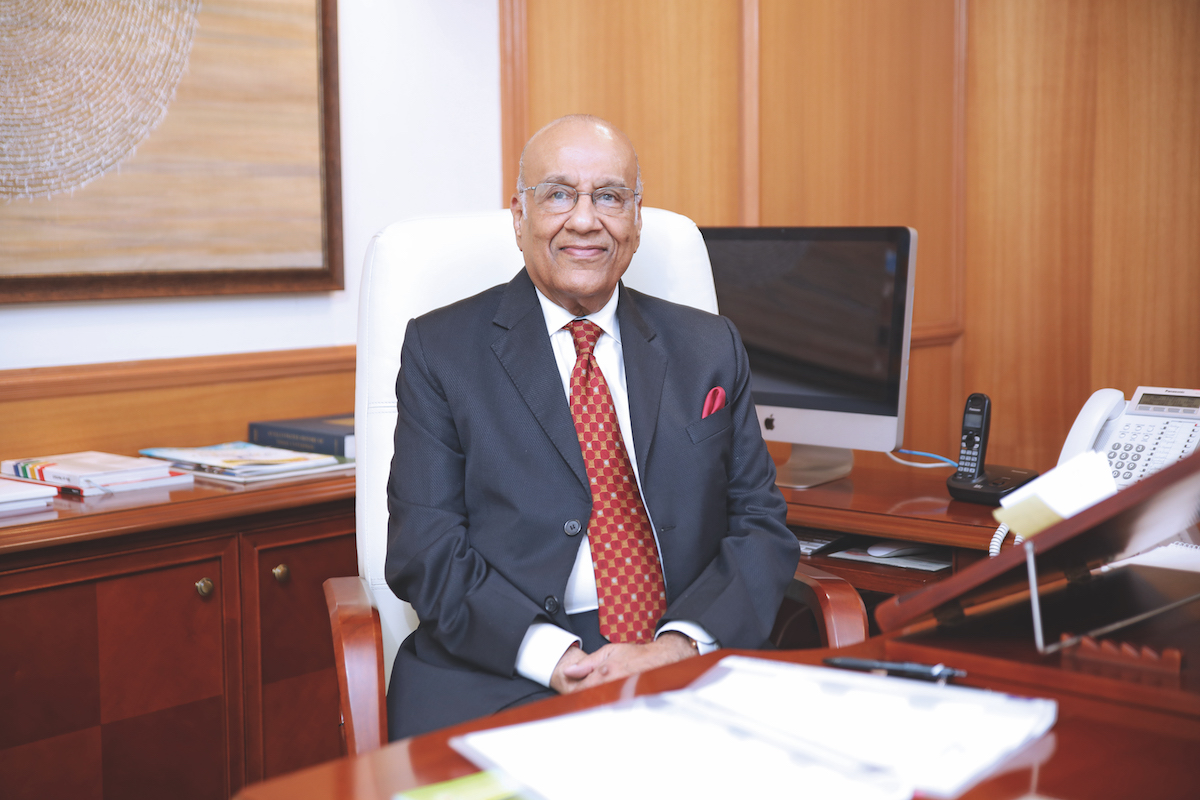 Adventz Group’s long-term focus is to continue growing the business. “When a business has the potential to expand, it’s a good sign,” Saroj says. “So as far as the EPC side is concerned, I’m sure we will expand quite a bit. Currently, there is a high demand for wagons, meaning there will be a lot more business for our engineering group.”

“Any business that has the potential of being able to expand is a good sign.”

Over the years, Saroj has been showing his son, Akshay, the ropes when it comes to business and it seems Adventz Group is well positioned to keep growing into the next generation. 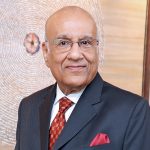