The energy of faith: Charles Kim 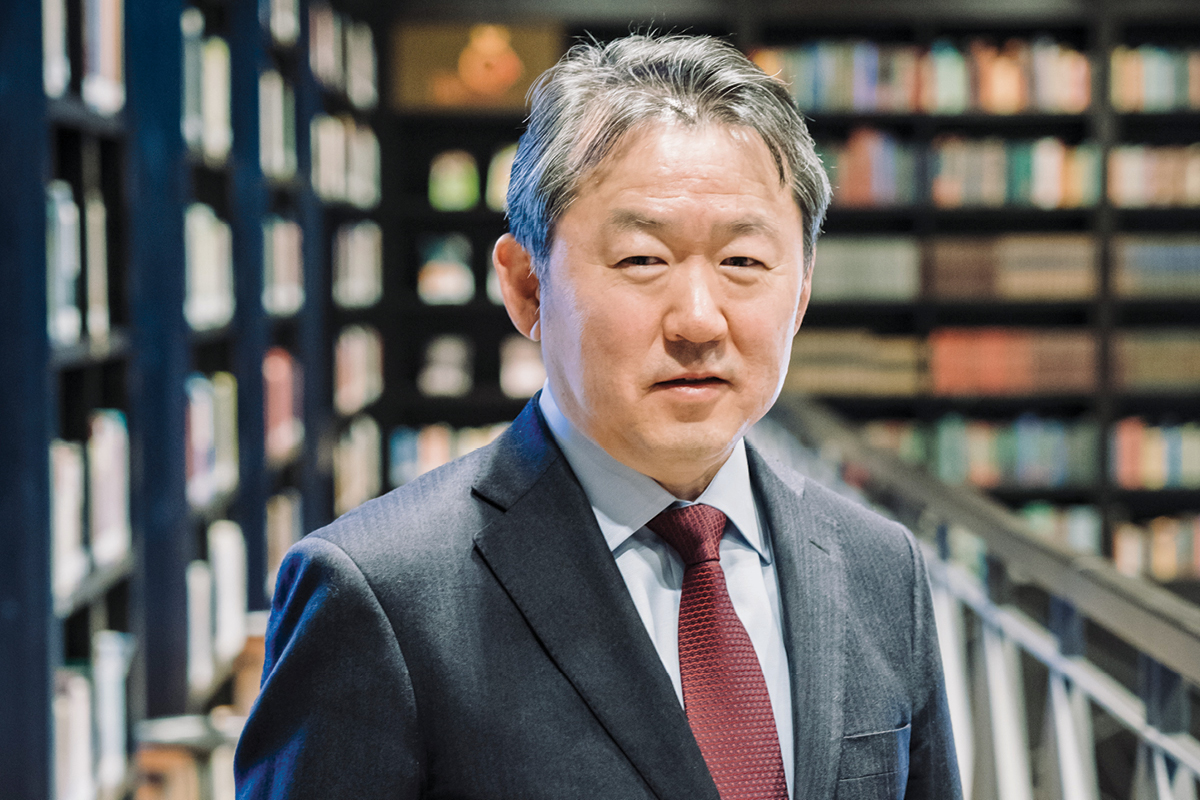 The first thing to emerge from a chat with Charles (Chul-Jin) Kim is his innate sense of decency. It’s clear the CEO of SK Advanced is a man with a sound moral compass who cares deeply about the people surrounding him in every aspect of life.

He speaks as passionately about his 100 plus employees, as he does of his family and friends. For him, life is all about making a good contribution, and that means being decent to people.

Charles often falls back on his Christian faith to support his principles, particularly when it comes to leadership. Although he went to church in Korea as a child, he didn’t embrace his faith until posted to Boston for a year with the SK Group, where he joined an American-Korean church.

Nearly a decade later in Korea, Charles found a church offering Bible studies and started reading. “It wasn’t until then that I really understood what the Bible was saying and how I could learn from it,” he remembers. “I learned how to deal with people, how to live together, how to lead and contribute
to society.”

However, while Charles is clear about contributing to the relationships in life, he admits the relationship between SK Advanced and SK Group, one of the largest industrial conglomerates operating in South Korea, is a little more obscure.

“I would say it’s complicated,” he laughs. “We are part of the SK Group, which comprises a collection of diverse multinational manufacturing and service companies all united under SK Holdings. SK Advanced was launched in 2014, as a spin-off from SK Gas, to manufacture and supply propylene to domestic and international customers through pipeline and shipping operations. I actually hold two positions, CEO of SK Advanced and Executive Vice President of SK Gas.”

SK Advanced operates a propane dehydrogenation plant with a capacity of 600,000 tonnes a year in the industrial town of Ulsan, located in south-east Korea. It uses the clean energy material of propane to produce propylene, the raw material used for plastic and various other petrochemical products.

“The company is a joint venture between three shareholders,” Charles explains. “SK Gas owns 45%, while the Advanced Petrochemical Company (APC) in Saudi Arabia has 30%. The remaining 25% is owned by the Petrochemical Industries Company in Kuwait which is a subsidiary of the national oil company, the Kuwait Petroleum Corporation.”

It provides architecture services and civil engineering services as well. The company has offices in the US and China and employs nearly 85,000 employees worldwide.

Charles enjoyed a long history with SK before he was appointed CEO of SK Advanced in 2015. After graduating with a master’s degree in chemical engineering from Seoul National University in 1990, he was appointed manager at the Ulsan plant, overseeing a multitude of departments including the refinery’s technical services, modelling, planning and scheduling, profitability studies, new business development and the lube base oil plant design and operations.

He left, after more than a decade, to become a senior principal business consultant at AspenTech. He stayed there for 10 years, heading the supply chain for Asia–Pacific, before joining Invensys in 2010 where he managed operations for two years.

“I learned a lot working with foreign companies,” he reflects. “But then along came SK Gas who wanted to build the PDH plant in Ulsan.”

His experience working at international companies helped Charles acquire more than adequate English, although he modestly describes it as “not very good”. It’s certainly good enough to conduct business with his Saudi and Kuwaiti counterparts.

“Yes, all our meetings are in English,” he says. “I learned English in middle school, growing up in Korea, but it wasn’t until I started working with American engineers that it started to improve and of course SK sending me to Boston helped quite a lot.”

While SK Advanced’s plant is located in Ulsan, Charles works from the SK Gas headquarters where SK Advanced shares a satellite office located in Pangyo, a planned city south of Seoul completed in 2010 and recognised as the Silicon Valley of Korea.

“I visit the plant up to four times a month, so I’m often there,” he says. “There’s about 16 of us working from Pangyo in the planning and finance department, including the sales and marketing team, while about 100 are at the plant in Ulsan.” 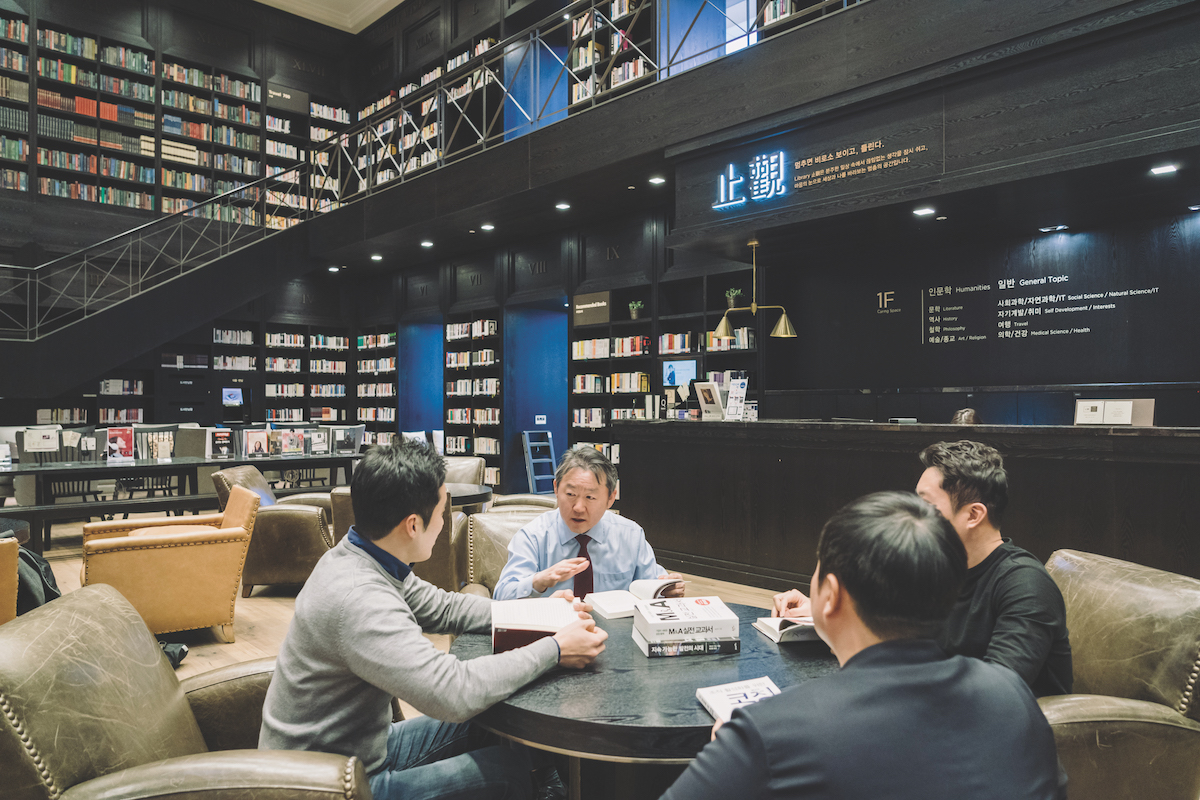 In June last year, it was announced that SK Advanced would join with PolyMirae to build a brand new 400,000-metric-tonnes-per-year PP plant to be able to sell locally and export throughout Asia for use in automotive components, injection moulding, blow moulding and packaging film.

PolyMirae, a leading supplier of polypropylene products is a 50/50 joint venture between global chemical company LyondellBasell, based in the Netherlands, and Korean company Daelim Industrial, a global construction and petrochemical company. The new plant will be one of the largest of its kind in Asia and will use LyondellBasell’s Spheripol technology license.

Charles is taking the plant’s construction in his stride, preferring instead to focus on his team, who he relies upon to maintain the stability of operations.

Typically humble in his role at the top, he has no desire, nor does he think it practical, to try and control everything, instead regarding basic teamwork as the key to keeping the company and all its new ventures ticking over.

“As long as we continue to produce our product, propylene, reliably and efficiently, we will make money,” he says. “But in order to achieve that, we need teamwork.

“Teamwork is vital. I cannot manage everything, so I like to give my team members the freedom to use their initiative, to step up voluntarily and take more ownership of their role. That culture, to me, is the perfect environment for reaching our targets and ultimate vision.”

“As long as we continue to produce our product, propylene, reliably and efficiently, we will make money. But in order to achieve that, we need teamwork.”

However, while Charles encourages initiative and ideas, taking all of them on board, he realises that in the end, the decisions are his. He sees that as a vital responsibility of any leader, especially when a decision may prove unpopular.

In fact, the tougher they are, the stronger the leader has to be. “Once we have the communication from the team and brainstorm, it’s always up to the leader to make the final decision, no matter how hard,” Charles says. “That’s what leadership is.”

“Once we have the communication from the team and brainstorm, it’s always up to the leader to make the final decision, no matter how hard.”

Leadership is also about mentoring and being a role model. Charles has no illusions that there are people in his team who aspire to become a CEO. Indeed, even sit in his chair one day, working his job.

That’s a concept he welcomes, rather than shuns. “I know very well there are people in my team who want to be CEO, they want to be where I’m sitting,” he says.

“Of course, they do. And that’s okay. I want to be a role model for our employees, in their lives and their jobs, it pleases me to think they may want to be like me.

“I am motivated by being a good influence. I have both skill and responsibility as CEO of a petrochemical company. Having majored in chemical engineering, I can share my working knowledge in the technical and sales environments that I have experienced. Being able to utilise all this expertise is what I enjoy and is how I can make my environment a great workplace.”

Conversely, Charles admits he is not so magnanimous when it comes to recruiting. He’s taken ‘ownership’ of a recruiting style he’s discovered works much better than using traditional methods. 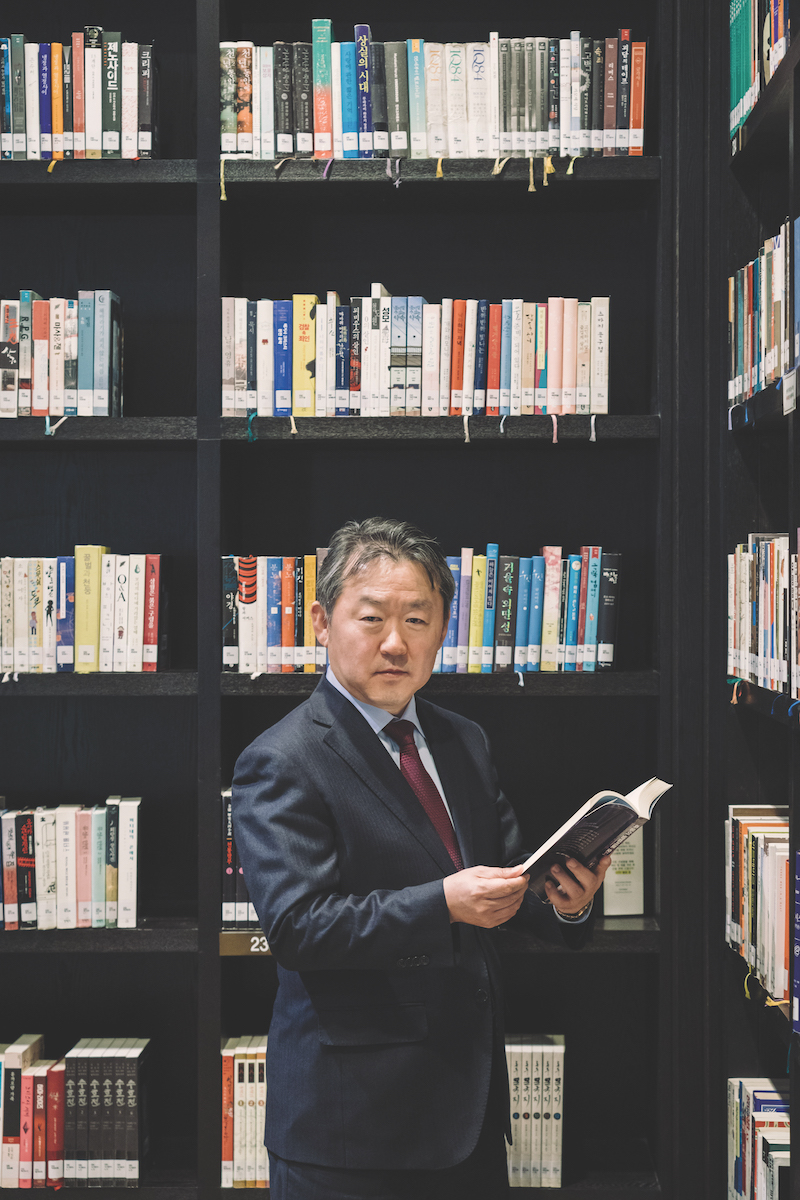 When it comes to finding senior staff, he prefers to poach the right people, finding them either during his frequent business trips, or remembering them from previous companies he worked at. “Yes, I do have a tendency to hire people I know,” he laughs.

“Of course, we can use headhunting firms, but I’ve worked with and visited a large number of petrochemical and refining companies in Korea and throughout Asia and met a lot of people. Some leave an impression and I prefer to hire them myself. Then, once they’re on board, they become a connection to decent people. That’s another factor in building a good team.”

It’s not just people working for competitors, Charles covets, he’s also open to better ideas. While acknowledging his company’s culture of opportunity gives SK Advanced an edge over the competition, he concedes that keeping open-minded and learning from competitors has provided the company with many benefits.

“We are recognised as the world’s best PDH operator,” he says. “And one of the reasons we have become the best is by learning from others, which includes competition. We’ve learned from the benchmarks reached by other PDH operators. And, of course, we’ve gained a lot from our partners, such as the technical support given to us by APC.”

Charles’s vision for SK Advanced is straightforward. He says the company’s short-term goal of being the best PDH operator has been reached, but there is still work to be done on becoming the most cost-competitive.

The next goal is also within reach: working with PolyMirae to produce a higher grade of polypropylene in the new manufacturing facility under construction. It’s the long-term goal he has his sights firmly set on.

“We want to expand further into the global market,” he says. “Extend our growth in China and the US and expand into Singapore and other countries. The challenge is to find the right partners and locations.”

Meanwhile, Charles has expanded his role as a mentor into his personal life. A decade ago, the dedicated family man began sponsoring children through the holistic child advocacy organisation Compassion.

“I became a member of Voice of Compassion in 2010 and then a Friend of Compassion in 2015. I have sponsored four children, while my wife sponsored one and my daughter two. Back in 2011, I sponsored a university student and invited her to my house in Korea upon her graduation. She ended up coming back to Korea and is now a PhD candidate studying at a biomedical school.”

Propane dehydrogenation (PDH) is a process that produces propylene from propane. Propylene is the second most important starting product in the petrochemical industry after ethylene and is used in various applications primarily in the automotive and textile industries. It is a raw material in the manufacture of films, fibres, containers, packaging and plastics.

Charles’s healthy work–life balance includes sport. Every morning he’s seen exercising at the company’s gym and is an enthusiastic member of the company table tennis club.

He also enjoys golf and, unlike his self-assessment of his command of English, he’ll happily concede he’s “quite a good player”. “Yes, I play off a handicap of 10. I started playing in Boston, and try to squeeze in about six games a month on weekends, playing with friends or customers, or occasional games on holidays with my family,” he says.

“I try to balance life and work. I want to be a good friend to people I know, and I wish to help employees build their own capabilities at work. That will create great teams, which, in turn, will produce a superior performance from our company.” 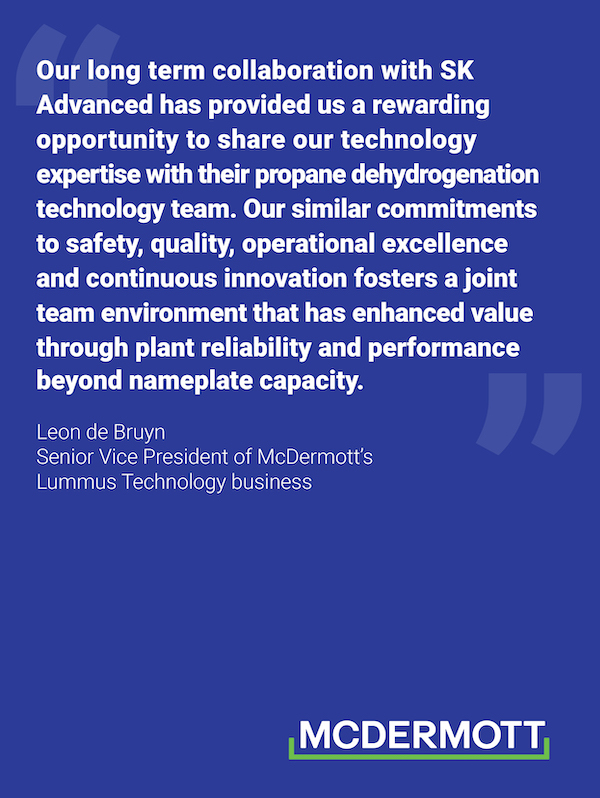 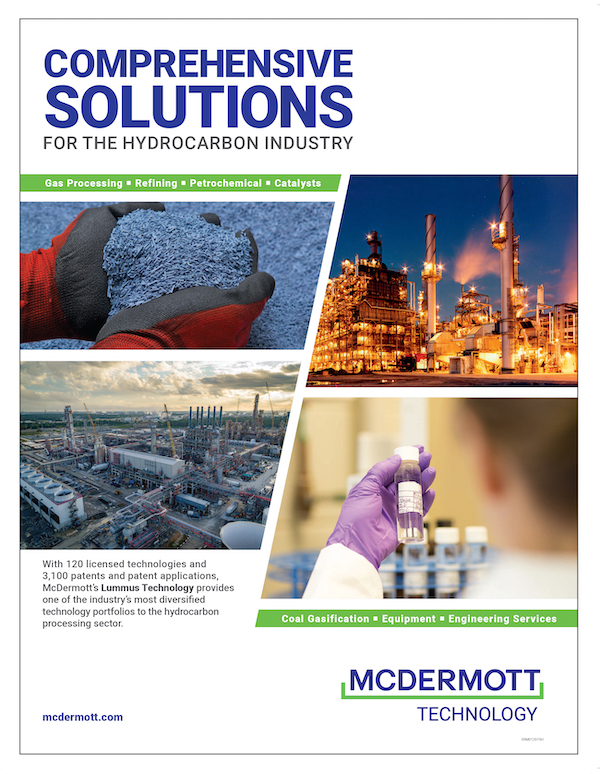 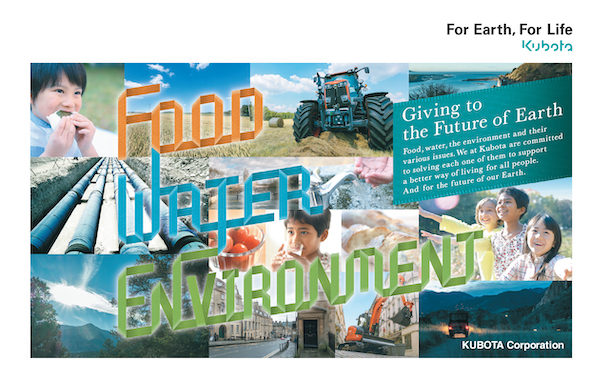