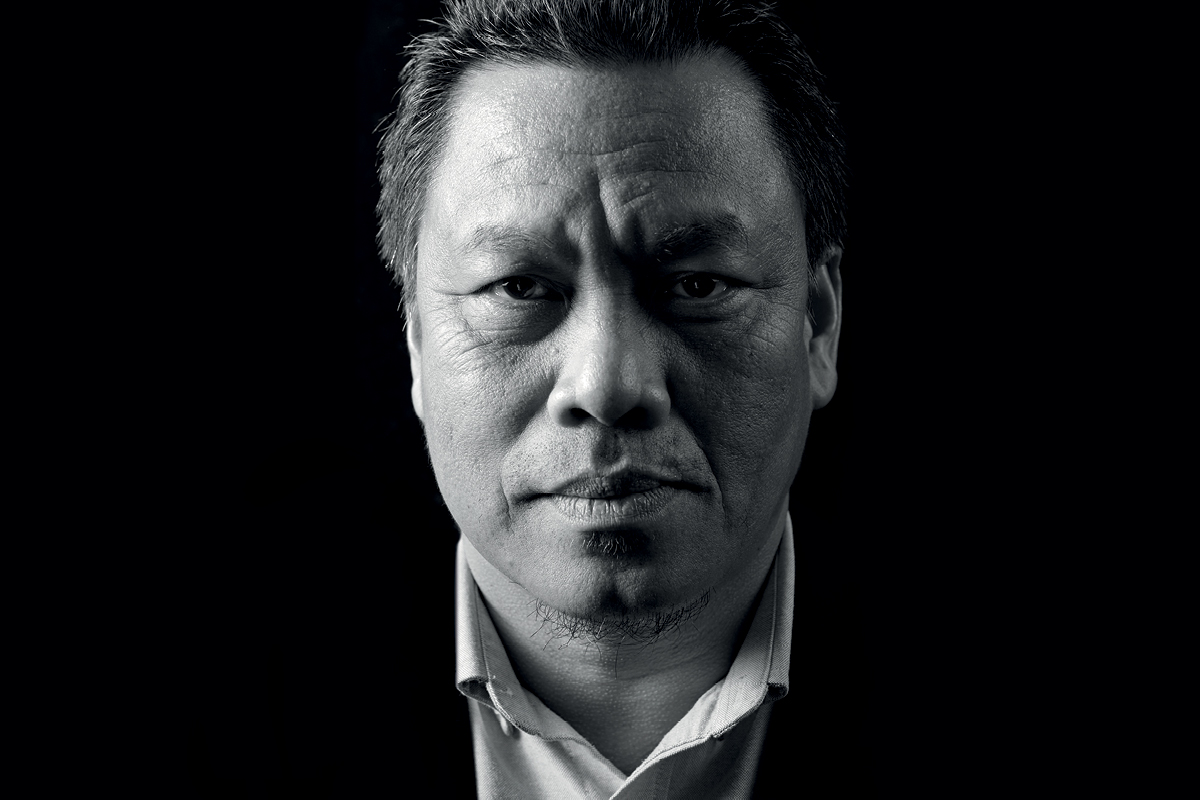 Not many people love their job. Few are lucky enough to find a role that challenges them, excites them and leaves them wanting more. Tuan Haji Mohd Roslan Ismail is one. In fact, Roslan has dual roles at BP Petronas Acetyls (BPPA) which keep him engrossed with their different demands and their complementary nature. He is CEO of the company, but also Plant General Manager, so he has the good fortune to see both the internal workings of the day-to-day operations and a “helicopter” view of the company and its ongoing success.

“I love what I do,” he says with genuine enthusiasm. “I have been in manufacturing for a long time. It is a very exciting aspect of my job because naturally I am an engineer so I like to get involved in its operations. But on top of that, as CEO, running the business and looking at the market is also a strong motivation for me now.”

BPPA is a joint venture between BP, which holds 70%, and PETRONAS, holding the other 30%. The plant in Kertih, Terengganu was originally designed to meet BP’s stringent safety standards for both people and the environment as it produces acetic acid, and employs about 90 people, most of whom are locals.

“I believe that good performance from this company will give us wider opportunities to contribute to society.”

Graduating with a chemical engineering degree from Pennsylvania State University in 1989, Roslan started working immediately with PETRONAS, and after working as an engineer in the UK and in Taiwan on a similar plant for BP, he arrived back in Malaysia in his position as Plant General Manager at Kertih in 2006.

“In 2014, I was promoted to CEO of the company, while still doing my job as Plant General Manager. So, I’m doing two functions – one is a manufacturing technical function and the other is running the organisation. It’s been a very colourful experience. I love that, as Plant General Manager, I was able to oversee the engineering work, then run the plant to manufacture products. Now, in the last five years, I have been running the business as CEO.

“To me, it’s a privilege and I’ve been lucky to be able to move from engineer to CEO, and contribute to business development for the company here,” he explains.

With that breadth of experience in the company, Roslan has a better perspective than most of its history, but more importantly, as CEO, he has the opportunity to mould its philosophy and its role in the local community.

“When I first joined as engineer, the vision was to get this company up and running. After three or four years, training people to be competent to run this asset was the mission. But when I moved to the role of Plant General Manager and then CEO, I set a vision for this company to be exemplary as well as profitable,” Roslan recalls. 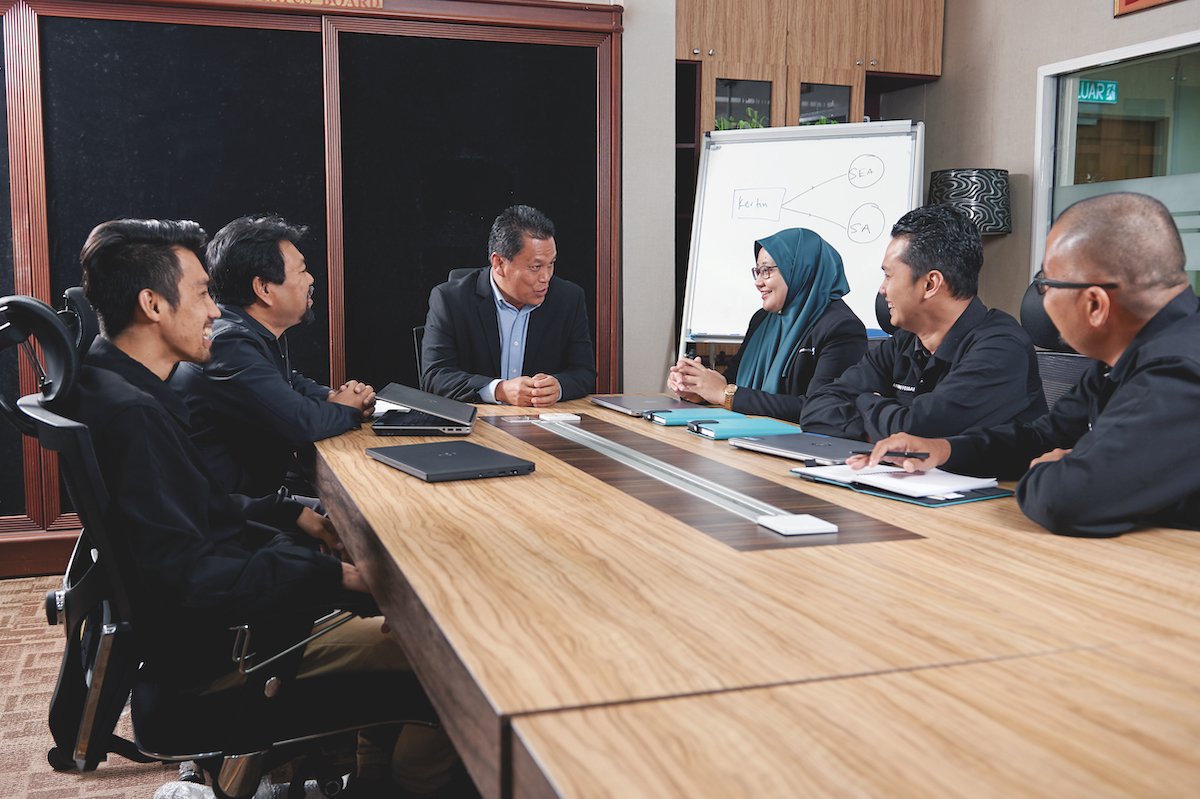 “The challenges of the external environment, the economy and understanding the market have been a roller-coaster ride. I need to respond to that. My radar has to be on all the time.

“We really want to be a strong, sustainable, industrial business, which will give us wider opportunities to contribute to society. I instruct people to try to be the best in our operations and performance. For business success, the first thing you need to focus on is the people – your team. Then comes performance,” he points out.

“As people are our greatest asset, our human development program is focused on developing and sustaining a high-performance workforce. We try to generate an exciting and rewarding work environment where everyone feels empowered and responsible for the performance and reputation of the company.”

These efforts were recognised last year when BPPA won a Human Resources Minister Award in Malaysia. It also extends to the company’s relationships with contractors and suppliers, with which BPPA has had a long and highly effective collaboration. Roslan puts this down to personal communication and cooperation between the two companies’ representatives.

“Get to know the employee and understand what barriers they have to perform their job. That makes a leader.”

Roslan has firm ideas on what it means to lead a team of people. Leadership, he says, means being effective in different disciplines to gain respect. “Gaining respect is very important for a good leader,” he says.

“Leadership is not something that you can cut in stone. A good leader should be focused on people. You need to be visible, but at the same time you need to tread lightly. Get to know the employee and understand what barriers they have to perform their job. That makes a leader. You need to put trust in people – listen to them and communicate with them. I think the key is to get to know your employees.”

Since Roslan assumed this leadership position, BPPA has been active in community activities. BPPA has adopted a local school and contributed to the children’s education with a focus on English, science and mathematics. The company also collaborates with local agencies to take care of the poor.

Roslan is pleased that his leadership role will one day pass on to those he leads now, and is confident that the company will be in good hands. “Good performance of the company also gives us an opportunity to coach the younger engineers, so that hopefully one day they will also enjoy the same opportunities I had. I love that,” he says with a smile. “I have been lucky.” 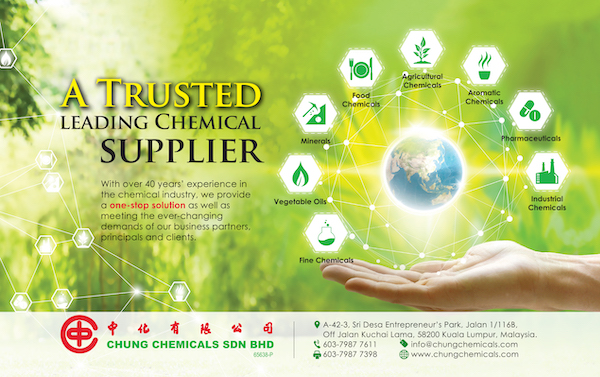