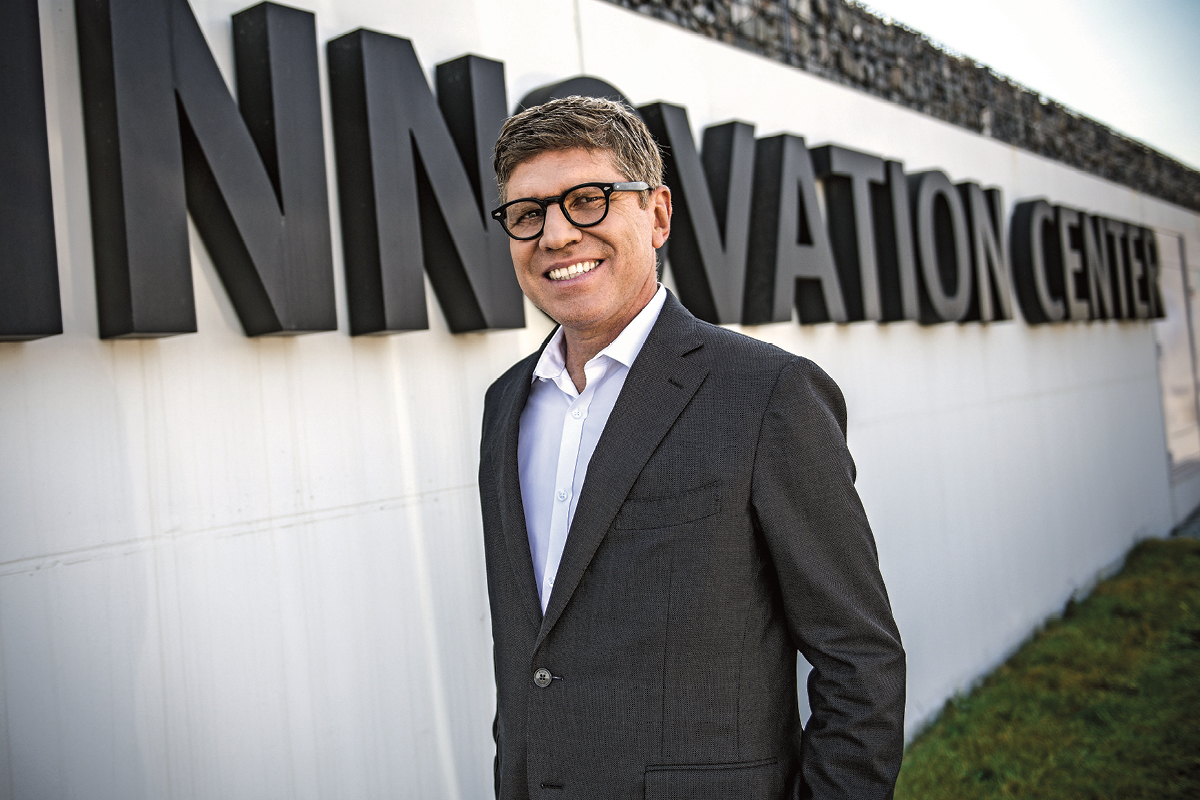 When Alvaro Pacini first joined Bobcat EMEA, he worked on the company’s restructure following the global financial crisis. Now, as President of the EMEA business, his focus is on making it a leader in the compact construction equipment sector.

“I said to my team, ‘Everybody wants to be number one, but let’s be more realistic’,” Alvaro tells The CEO Magazine. “Although Bobcat is leading in compact construction equipment globally – especially because of North America where it is very strong – here in Europe it’s a bit different. We have some product lines that are number one in terms of market share and others that are not there yet. So five years from now, I want us to be among the top three, which, in my view, is a good position to be in.”

Bobcat manufactures and distributes compact construction equipment for the industrial, mining, agriculture and landscaping industries. It specialises in compact excavators, loaders, telehandlers and utility vehicles, with its brand name linked to durability and dependability.

Alvaro joined Bobcat EMEA in 2011, which signalled his first foray into the construction sector. “Until that point, I had spent my whole professional life in the automotive sector,” he explains. After graduating with a mechanical engineering degree from Universidade São Francisco, Brazil, Alvaro took on various operations and management roles in South America, the US and Europe.

His first role at Bobcat EMEA was as vice president of the supply chain, and two years later he was promoted to vice president of operations. The company, during this time, was still reeling from the impact of the global financial crisis and Alvaro was tasked with aiding its corporate restructure. “After 2008–09, the whole market crashed, especially the construction equipment sector, which suffered more than the automotive industry,” he notes, “so we had to undertake some restructure in order to become profitable again.”

“We’re implementing different ways to get people motivated to come and work for us.”

In early 2017, Alvaro was appointed president of Bobcat EMEA, and says the restructure period was one of the most difficult times for the company. “Bobcat has had three major restructures in the past three to four years, and the number one challenge was the destabilisation,” he says. This was especially significant as most of the workers employed in support functions during the restructure were new to the company. “It added another level of difficulty,” Alvaro continues. “It meant we were not only growing the business but also growing its people. So we had to give staff time to learn about the organisation as well as the sector.”

In 2007, Bobcat was acquired by South Korean conglomerate, Doosan. Doosan holds a range of businesses including Doosan Robotics, Doosan Mobility innovation and Doosan Fuel Cell. The name Doosan comes from two Korean words: ‘doo’, for a unit of grain, and ‘san’, a mountain. Together, they stand for ‘little grains that can build a mighty mountain’, suggesting great things can be achieved when even the smallest of efforts join forces.

Now the company is looking to attract even more staff. “The labour pool is very tight in Europe,” Alvaro says. “Today, staffing is one of the big challenges, not only in the construction equipment sector but also in the automotive. We’re implementing different ways to get people interested
in coming to work for us.”

Bobcat has its origins in North Dakota, US, where, in 1947, Edward Gideon Melroe established the Melroe Manufacturing Company. Over the years, the company developed grain ‘pickups’ and loaders for farmers, before introducing its iconic product, the four-wheel drive, skid-steer loader. The company called the loader a ‘bobcat’ as a nod to the North American big cat of the same name because, like the animal, it is quick, tough and agile.

The company established a presence in Europe during the 1960s, and in 2007 it opened a manufacturing facility in Dobris, Czech Republic – its first Bobcat compact equipment plant outside the US. The facility develops more than 80% of the equipment the company sells in EMEA. More recently, Bobcat made a significant investment to the value of €20 million in the facility’s innovation centre. “One thing that differentiates us from our competitors is our investment in innovation and engineering,” Alvaro notes. 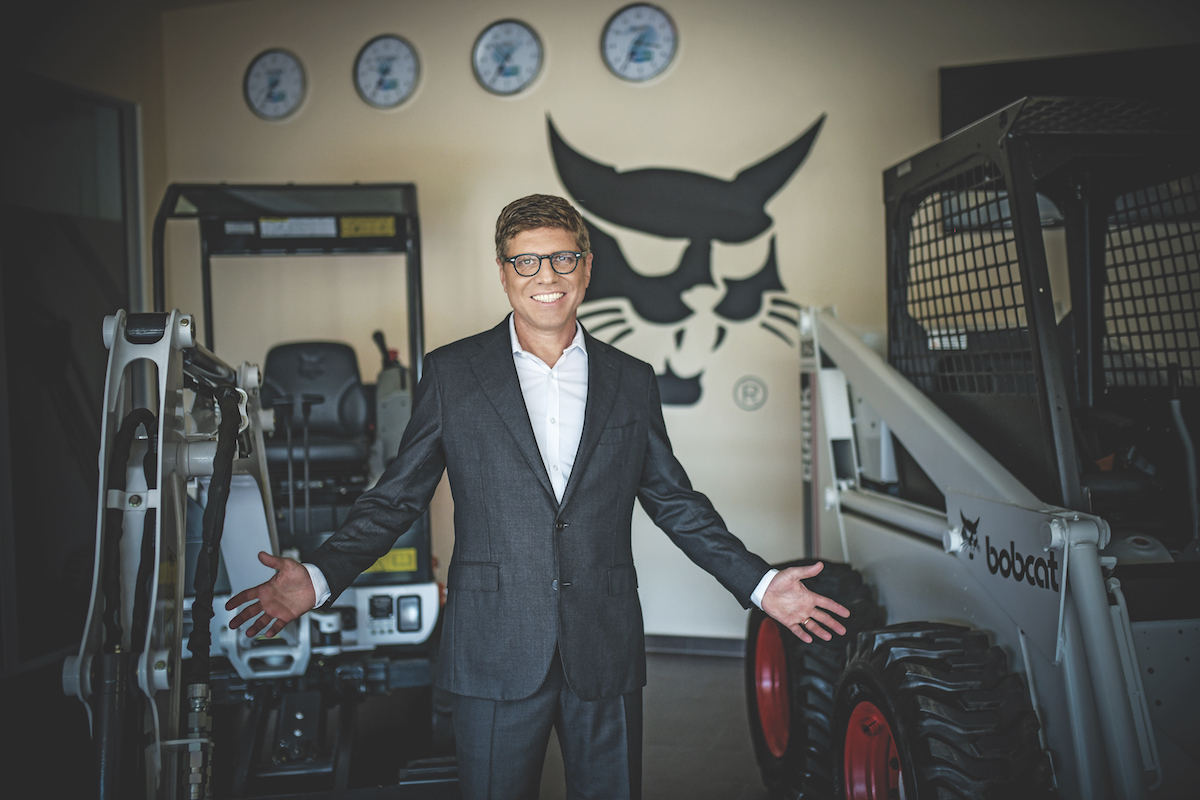 A portion of this innovation investment was used for three major technologies at the centre; the CNC horizontal boring machine, CNC 5-axis milling machine and a dynamometer – all of which cost approximately CZK36 million (€1.41 million). The horizontal boring and drilling machines were installed to build prototypes and test processes faster. The dynamometer measures engine or power train system loadings in laboratory settings. Based on the machine loading, it tests factors such as fuel consumption, hydraulic parameters and cooling.

Following innovation, the company also heavily invests in ways to support its customers. “Having a range of initiatives that helps us better understand our customers and incorporate their needs into our products is vital,” Alvaro says. He recalls a time when the company featured its products at a tradeshow in France. It received positive feedback not only from its customers, but from others as well. “They gave us the feedback we needed to ensure we were moving in the right direction, which is investing in things that makes our customers happy,” Alvaro muses. “And this is not easy. It is sometimes very difficult to understand what your customer needs or wants.” But one thing the company makes sure it delivers, is a high-quality product. “If you don’t have a good-quality, reliable product, you won’t sell any machines,” Alvaro adds.

It takes a strong partnership

The company’s success over the years has also been a result of the close relationships it maintains with its suppliers. “I push my organisation to help our suppliers make progress,” Alvaro says. “The market is much more aggressive these days, and of course what we do ask from our suppliers is better quality, price and product innovation. 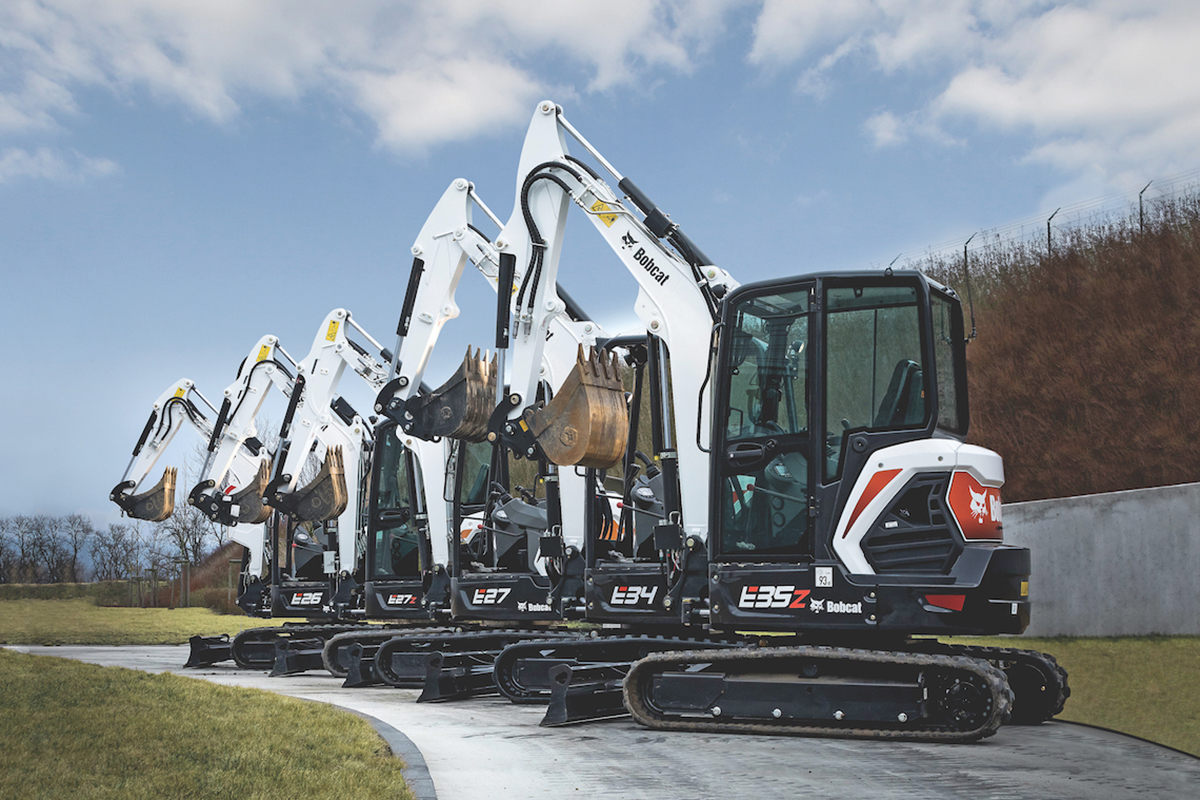 “I don’t believe in the philosophy where you push suppliers to do what you want regardless of whether they are suffering or having problems. Here in our organisation, we try to tackle all our problems with a different approach, which is working together with our suppliers. In other words, we invest some of our money in going to our suppliers and understanding their production constraints. Once this is clear, we work with them to improve the situation.”

Again, Alvaro reinforces the importance of delivering high-quality products throughout the company’s supply chain. “Quality, for us, is a given,” he says. “And if one of our suppliers today is not able to give good-quality parts, either we are going to spend too much money trying to sort out the issues inside the organisation or the customer is going to suffer.”

At the end of the day, it’s the customer and the suppliers that Bobcat wants to ensure it supports. “I’ve heard this many times from customers, that we are open to listening,” he says. “When we understand a problem, we are quick to get a resolution and we are open to new initiatives.
That’s our philosophy – we are an easy company to do business with.” 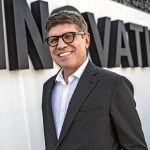