“The family-like atmosphere is what connects us.”: Amer Bin Ahmed 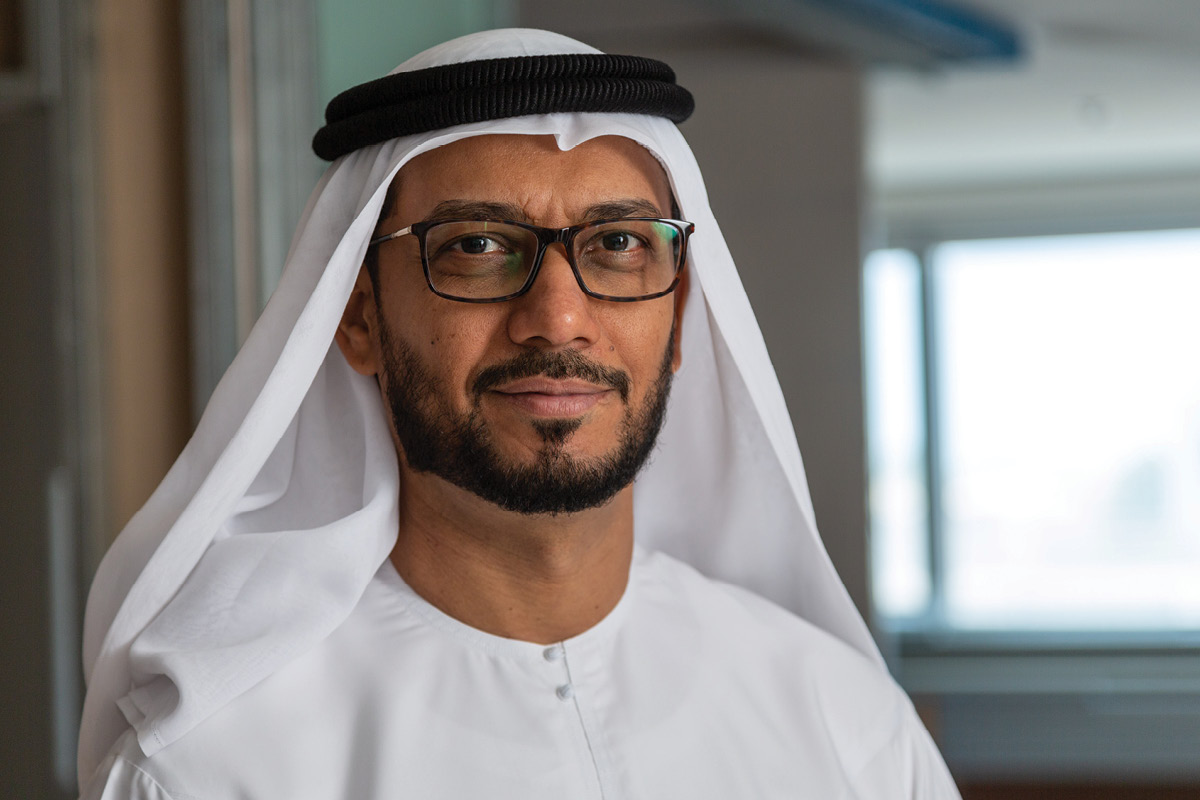 Before the mid-1900s, constructing a wall was a process that took days. Multiple layers of plaster were used, with each layer applied wet and given time to dry before the next one could be slathered on. Then, drywall came along. As its name implies, its application requires no water, and thus, no drying time. It is cheaper, less labour-intensive and has better safety features than traditional plaster. The key to drywall’s superiority lies in its raw material: gypsum, a naturally occuring mineral composed of calcium sulfate dihydrate.

Amer Bin Ahmed, Managing Director of Knauf GCC and India, shares more of the material’s qualities. “Gypsum plaster is great at regulating interior humidity. It has an open-pore microstructure with large capillaries and high pore volume. The capillaries absorb air moisture rapidly into the pores, getting rid of excess humidity in the room. During periods of low humidity, they release the moisture they have previously absorbed and stored, thus preventing extremes in a room’s humidity. It’s a naturally smart product.”

It was with gypsum that the Knauf empire started in 1932, when brothers Alfons and Karl Knauf established a mine for the mineral in Germany. Today, almost 90 years later, the company, which remains family-owned, is one of the leading manufacturers of building materials in Europe. It has a presence in more than 86 countries, employing 35,000 people worldwide and bringing in €10 billion in sales revenue last year.

Although gypsum remains important to the business, the firm’s impressive expansion was only made possible by diversification into other building products and systems. In the GCC market, which Amer looks after, fire-resistant building materials are currently seeing the biggest growth.

“Fire safety regulations are becoming stricter every day,” he says. “The civil defence department in UAE enforces stringent rules for construction materials, all of which Knauf’s products fully meet or even surpass. We have a product portfolio that caters specifically for fire protection.” 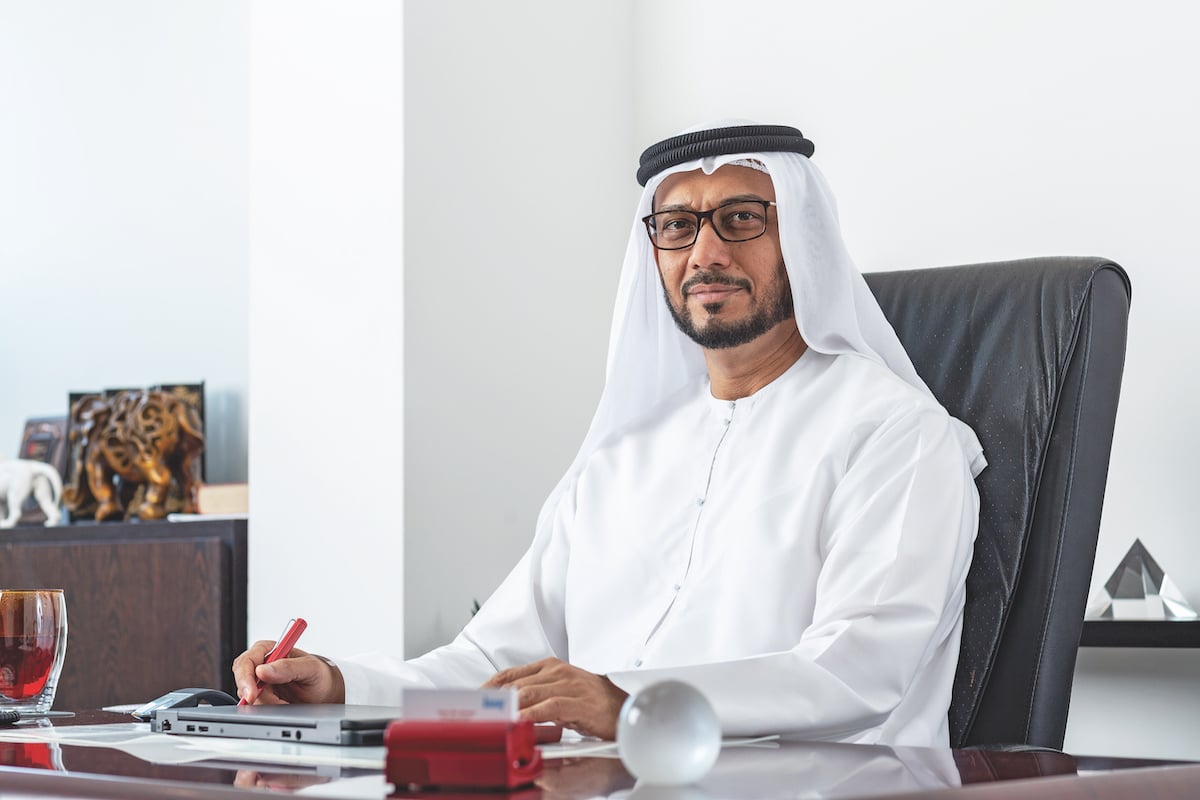 Included in Knauf’s fire-resistant product range are the fire-resistant gypsum board, shaft walls and Knauf Pro HD. The first is a gypsum wallboard with fibreglass in its core to help protect against fire. The second comprises two types of shaft walls that are usually used in elevators. One has a fire rating for 60 minutes while the other is for 120 minutes. The last is a high-performance gypsum board with a tough, high-density core that is not only fire-resistant, but also moisture-resistant, soundproof and has load-bearing capacity.

“Innovation is key to growing any business,” says Amer, who credits the firm’s headquarters in Iphofen, Germany, with coming up with the many unique products that keep Knauf in its position as industry leader. “One of them is the patented Safeboard, which is used in X-ray rooms,” he shares. “It protects people from harmful X-rays without the usage of lead in the wall.”

In addition to products from the firm’s headquarters in Germany, Knauf GCC and India has also moved into manufacturing its own, with great success. “Our made-in-UAE quality is now being recognised abroad and we are exporting our locally manufactured products regionally and internationally,” Amer says. “We are also the only Knauf company worldwide to produce ASTM-certified products.”

“Our made-in-UAE quality is now being recognised abroad.”

ASTM, originally known as American Society for Testing and Materials, is an international organisation that defines and publishes voluntary standards for various industries and consumer products.

Despite the global scale of its operations, the management of Knauf takes pride in not displaying the ruthlessness often seen as a stereotypical attribute of big corporations. “Knauf has four core values with one of them being ‘menschlichkeit’ or ‘humanity’,” Amer reveals.

“The welfare and engagement of our people is at the forefront of the business. The family-like atmosphere is what connects us here at Knauf. It gives people a sense of belonging and security, which in turn encourages creativity and innovation. Perhaps this is why so many of the employees at Knauf choose to work for the company their entire lives.” 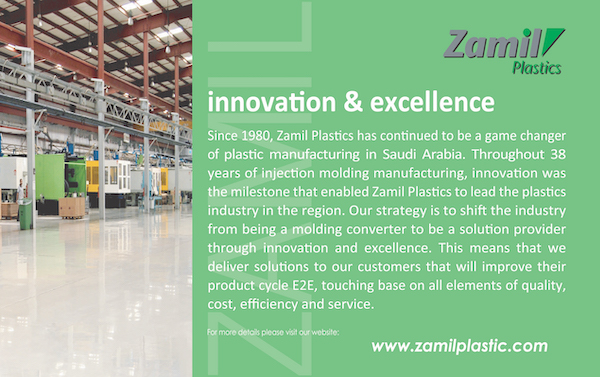