A lot can happen in 45 years, as Buxton Construction Managing Director Andrew Briggs can attest to. He’s been in the construction industry since the 1970s and has seen the highs, lows and surprises that each new decade brings.

“Many of the people who are working in the industry today haven’t been exposed to the fairly rough times of the late 1980s and early 90s, and during the GFC like I have,” he explains. “Looking back on it, these events certainly changed the industry. And now, COVID-19 is bringing another change to how the sector operates.”

Everything from communication methods to common work practices has been affected, thanks to the “new norm” brought about by the pandemic. “We’ve all seen the reliance on Zoom and Microsoft Teams. It’s changing how people are doing business,” Andrew says.

“People are working from home, which is probably something the younger generation can adapt to much more easily and quickly. So that aspect of operations is going to be a change and something that I’m certainly going to have to adapt to.”

After being saturated in the industry for so long, years before social media and Facebook were even a thing, Andrew prefers to do business the good, old-fashioned way – in person.

While he believes there’s merit in new technology and online communications, just as COVID-19 has shown and he’s seen with his own eyes through advancements in the digitisation of documentation over the years, he thinks it’s important to maintain a healthy balance of both the old and the new.

“It’s a matter of adapting to the new style while also trying to teach the younger generation the benefit of picking up the phone and talking to somebody. Messages can be misinterpreted when they’re sent via email,” he tells. 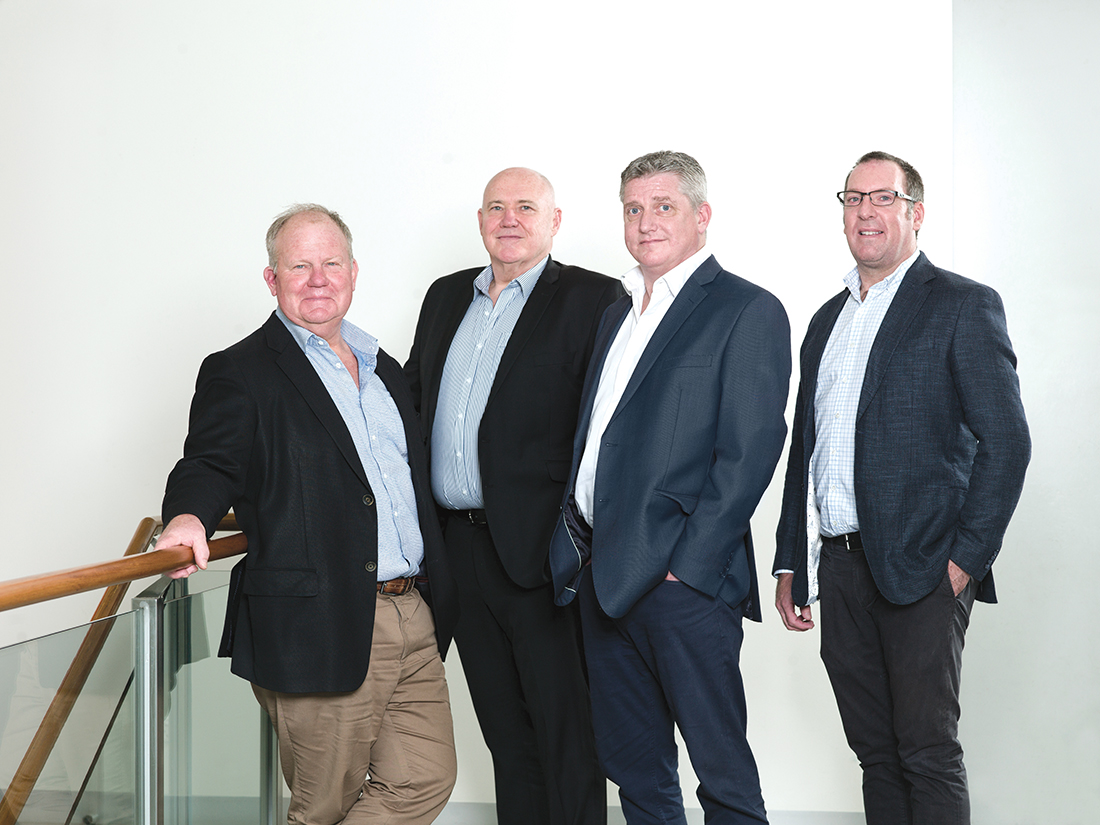 “As long as human beings are on the planet, face-to-face contact is always going to be a very important thing.” That human touch has been a key building block of Buxton Construction’s ongoing success.

The company is one of Australia’s leading and most trusted construction businesses, providing multi-award-winning excellence in property solutions for more than 50 years on thousands of different projects.

As long as human beings are on the planet, face-to-face contact is always going to be a very important thing.

“What we offer is unique,” he explains. “Our clients are the most important thing to us. We’re not out to make enormous profits. Obviously, the business is out there to make money but, for us, it’s a matter of making sure that we have employment for our staff and they enjoy what they’re doing, and that our clients are satisfied with what’s delivered at the end of the day.

Then, hopefully, when we do our final accounts, we’ll have a nice little reward with our projects returning some profits.” Most of the time for Andrew, though, the real reward is in the finished project.

“Providing quality products that look as good 15 or 20 years down the track as they did the day we finished them is a massive achievement,” he shares. “And to have a client praising what you delivered a long time ago is just so rewarding.”

Take the Royal Melbourne Golf Club, for instance. It’s one of Andrew’s favourite projects to date for that very reason. And it also stands out because of the relationships that were built during the process.

“We’ve seen a lot of different people come through the facility as managers, and we’ve created relationships with all of them,” he says. “So it’s about those relationships. It’s about the quality of the build. And, being the Royal Melbourne, it’s obviously a landmark. It’s prestigious – it just ticks every box.”

In the construction industry, forming relationships is a fundamental aspect necessary for long-term success. When it comes to Buxton Construction’s partnerships with subcontractors such as CK Formwork, Andrew says it’s just a natural fit. “Their approach is very similar to ours,” he says.

“They’re not out there to work for every builder in Melbourne or Australia. They’re fairly selective in who they work for and they deliver a great product. They’re doing a project for us down on Swan Street, Richmond. And what they’ve delivered so far has been exceptional. Communications, associations, relationships – they’re all so important.

“You have to nurture those relationships. You can’t lose focus when it comes to client relationships, business culture, core values, integrity, honesty and reliability. Our talented executive team is aligned with these values too and will continue to keep this culture front and centre for the long-term, and into the future.”